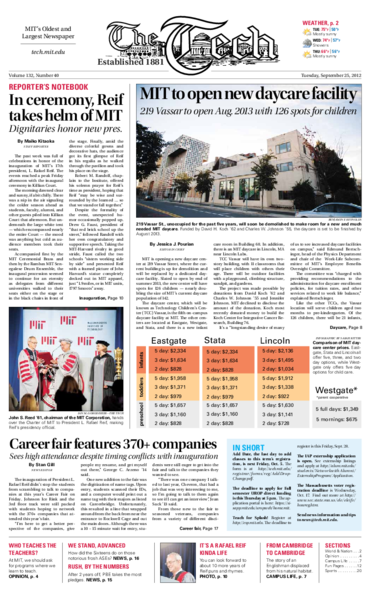 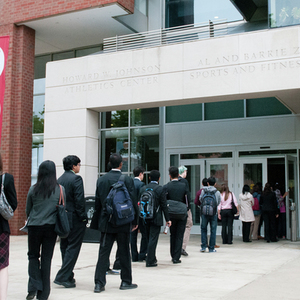 The inauguration of President L. Rafael Reif didn’t stop the students from scrambling to talk to companies at this year’s Career Fair on Friday. Johnson Ice Rink and the 3rd floor track were still packed with students hoping to network with the 370+ companies that attended this year’s fair.

U.S. Senator Scott Brown has attacked Elizabeth Warren in recent days for her legal work on behalf of Travelers Insurance in an asbestos case, asserting that it undermines her reputation as a consumer advocate. But Travelers is not the only large corporation Warren has represented.

Add Date, the last day to add classes to this term’s registration, is next Friday, Oct. 5. The form is at http://web.mit.edu/registrar/forms/reg/AddDropChange.pdf.

During MIT fraternity Rush this fall, 375 rushees were offered a total of 440 bids (one person can receive more than one bid), which is an average of 1.18 bids per person, according to statistics provided by Interfraternity Council (IFC) president Thomas A. Anderson ’13. As of Monday, 324 rushees (86.4 percent) have pledged. MIT’s Panhellenic Association offered 173 bids this year, after 350 women registered for the first day of recruitment.

The past week was full of celebrations in honor of the inauguration of MIT’s 17th president, L. Rafael Reif. The events reached a peak Friday afternoon with the inaugural ceremony in Killian Court.

A Rhumba for Rafael Reif 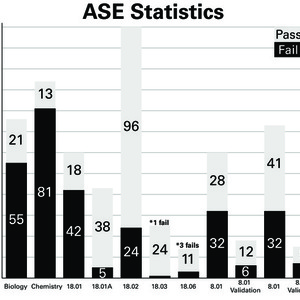 The Class of 2016 showed typical or better than average overall performance on the Fall semester Advanced Standing Exams (ASEs). 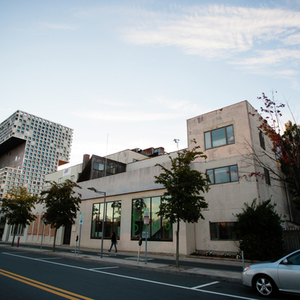 MIT is opening a new daycare center at 219 Vassar Street, where the current building is up for demolition and will be replaced by a dedicated daycare facility. Slated to open by end of summer 2013, the new center will have spots for 126 children — nearly doubling the size of MIT’s current daycare population of 142.

PLEASANTON, Calif. — Running against the Vietnam War, Rep. Pete Stark entered Congress the year that Richard M. Nixon was re-elected president. Since then, ensconced in Democratic strongholds here in the Bay Area, Stark was easily re-elected 19 times. But Stark, 80, the dean of California’s congressional delegation, is facing a serious challenge for the first time. That is because Eric Swalwell, a fellow Democrat who became a city councilman less than two years ago in Dublin, his hometown near here, came just a few points behind Stark in the primary. Now Swalwell gets to carry the fight into November — thanks to a new primary system in California under which the top two vote getters advance to the general election, regardless of party affiliation.

WASHINGTON — Lawyers for three men who have been imprisoned by the U.S. military in Afghanistan without trial for nearly a decade are renewing their quest for hearings in U.S. courts. They say new information has emerged that undermines an appeals court ruling against them two years ago.

Attack against US in Libya was major blow to CIA effort

WASHINGTON — The attack in Benghazi, Libya, that killed Ambassador J. Christopher Stevens and three other Americans has dealt the Central Intelligence Agency a major setback in its intelligence-gathering efforts at a time of increasing instability in the North African nation.

Saying there are “troubling signs” of abuse in the way hospitals use electronic records to bill for Medicare and Medicaid reimbursement, the administration of President Barack Obama warned in a letter to hospital associations Monday that it would not tolerate what it called attempts to “game the system” and vowed to vigorously prosecute doctors and hospitals implicated in fraud.

SHANGHAI — Foxconn Technology, a major supplier to some of the world’s electronics giants, including Apple, said it had closed one of its large Chinese plants Monday after the police were called in to break up a fight among factory employees.

Clear skies continue to rule the weather pattern as high pressure, located near the Carolinas, moves slowly northeast. Through Wednesday, the high will sustain southwesterly winds, bringing warm temperatures from the Gulf states.

WASHINGTON — Christine Lagarde, the managing director of the International Monetary Fund, on Monday warned that the institution would probably cut its estimates of global growth yet again this year because of the tepid U.S. recovery, a slowdown in emerging economies and continued troubles in the eurozone.

MIT should create an education degree

MIT has been leading the way in education longer than many of us might realize. TEAL, implemented about a decade ago, lowered the fail rate of 8.01 and 8.02, the freshman physics classes, by embracing a much more engaging style of learning. This is consistent with research that finds that, of all possible teaching styles, students retain the least when lectured to. More recently, MIT decided to take charge of the movement towards online education by creating MITx, which soon became EdX. Although MIT has focused on college-level education, much of what it’s done is still applicable to K-12 education.

The duties of moderate Muslims

Nakoula Basseley Nakoula or “Sam Bacile,” the man behind the blasphemous YouTube video that has set the Islamic world on fire, may be a twisted man but it is only naive to demand his arrest, and delusional to believe that it would be any sort of a fix to the real problem.

Before I begin, I would like to join with The Tech, Austin Brinson, and Alec Lai in welcoming the residential life area directors (RLADs) to campus, and emphasize that my grievances and concerns are with the process and other actors, not with the people who have been hired for the RLAD position.

Last week, as Mitt Romney called a press conference to control the damage from the “47 percent” video, his campaign staff was worried for three reasons.

A page 13 headline published last Friday misstated the size of MIT’s deferred maintenance backlog. It is $2.4 billion, not $4 billion.

MIT suffered a late loss to Curry College 31-28, giving up a touchdown with 23 seconds left. Sophomore Bradford L. Goldsberry tied the MIT record for receptions in a single game and was responsible for 325 yards and three touchdowns. In a back and forth game that featured a comeback by MIT in the third quarter by scoring two touchdowns to take the lead. MIT got an interception with just over five minutes to go, seemingly sealing the victory, but they were forced to punt, which set Curry up at their own 19 with 2:16 left. They drove down the field, helped by an MIT roughing the passer penalty and finished the series in the end zone. MIT plays UMass-Dartmouth at home Saturday, Sept. 29 at noon.

MIT Women’s Tennis fell short in its match against cross-town rival Tufts University with a score of 4-5, putting MIT at 2-1 for the season thus far. Senior Candace Wu secured two wins for the team, winning both her singles and doubles matches. Though Tufts won the opening point with an 8-4 win at No. 1 doubles, MIT tied things up when Wu and junior Julia C. Hsu defeated Tuft’s No. 2 team with an 8-6 win. Tufts pulled away for the first round of doubles with a close win of 9-7 at No. 3. Lauren C. Quisenberry ’14 brought the Engineers back to within a point after scoring a 6-2, 6-2 victory at No. 1. Likewise, Vynnie J. Kong ’15 finished off her No. 2 match with a 6-4, 7-5 win. However, a pair of wins in the Nos. 4 and 6 secured the win for Tufts.

The MIT Triathlon Team returned from Buzzard’s Bay Sprint Triathlon on Sept. 16 after an incredible performance. The team raced in the ¼ mile swim, 14.7 mile bike, 3.1 mile run triathlon as part of the Northeast Collegiate Triathlon Conference (NECTC) competitive season. For the second week in a row, the MIT Triathlon men placed first among collegiate competitors. The women performed solidly with a fifth place finish. The team sent 24 athletes to this race, which emphasizes the huge growth in MIT Triathlon and triathlon as a sport in general; in 2009, only four members attended the average race.

IT’S ALL GREEK TO ME: Studious sisters

“It’s All Greek To Me” tells the individual stories of MIT sorority girls. Check in every Tuesday to hear a new voice. Clare Frigo is a senior in Course 10.

A junior by any other name

You are reading about the experiences of someone plunged into a world far removed from his natural habitat. 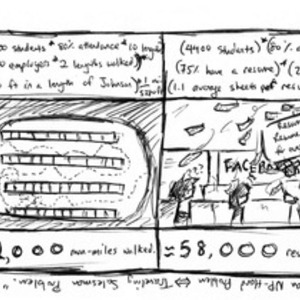 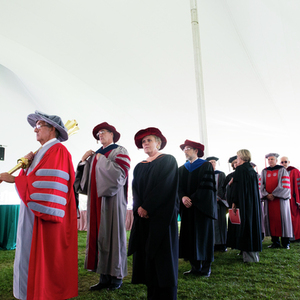 The procession into Killian Court was led by James Champy ’63, the chairman of the Presidential Search Committee. He is also a member of the MIT Corporation’s Executive Committee.
Elijah Mena—The Tech 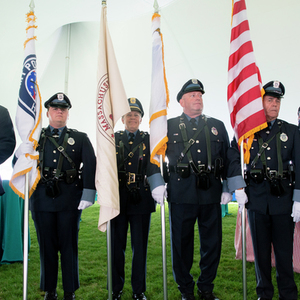 Students line up for the Career Fair outside of the Zesiger Center last Friday morning. The fair featured a large number of companies from a broad array of industries, drawing thousands of students to speak with emplo...
Wenliang Li

219 Vassar St., unoccupied for the past five years, will soon be demolished to make room for a new and much needed MIT daycare. Funded by David H. Koch ’62 and Charles W. Johnson ’55, the daycare is set to be finished...
Benjamin F. Reynolds 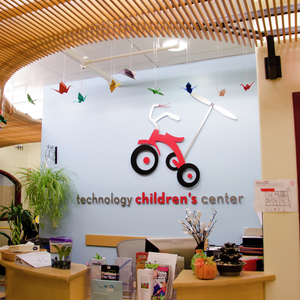 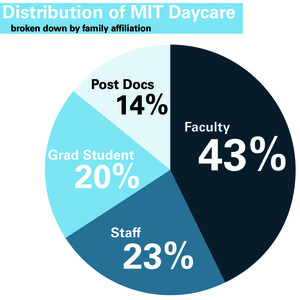 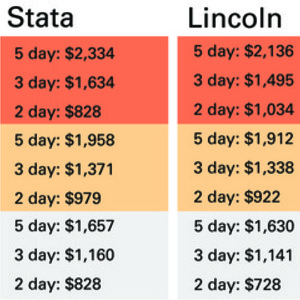 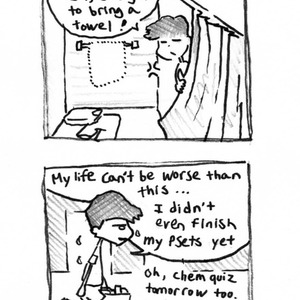 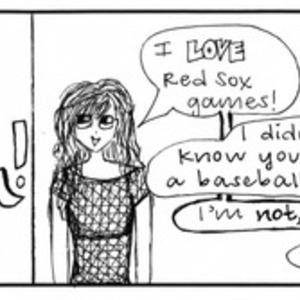 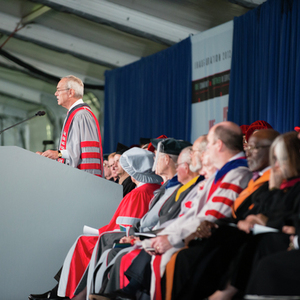 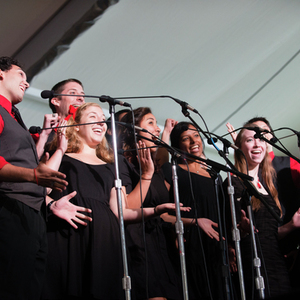 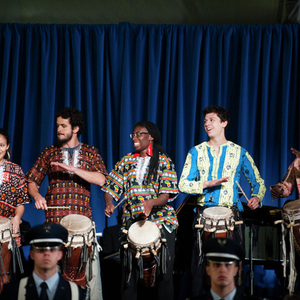 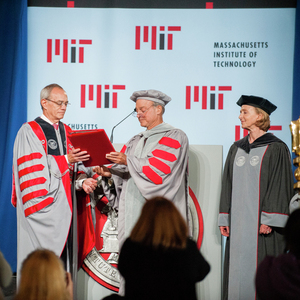 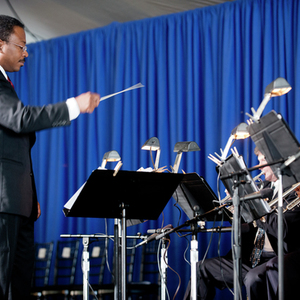 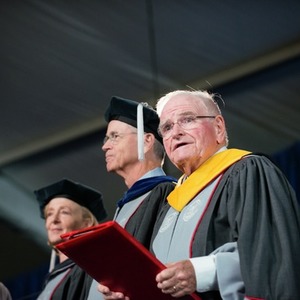 MIT’s 14th president Paul E. Gray ’54 spoke at the ceremony. In fact, the past three presidents prior to Reif were in attendance: Gray, Charles M. Vest, and Susan J. Hockfield.
Elijah Mena—The Tech 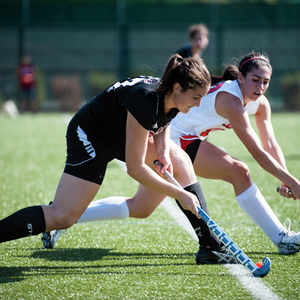 Madeline L. Wharton ’14 passes to a teammate through a defender Saturday afternoon. MIT Field Hockey’s 6-1 win against Clark University was its first in the New England Women’s and Men’s Athletic Conference, and its s...
Christopher A. Maynor—The Tech 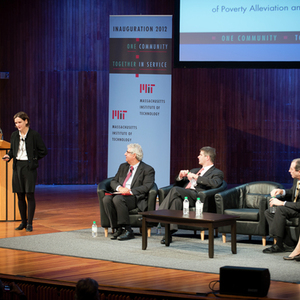 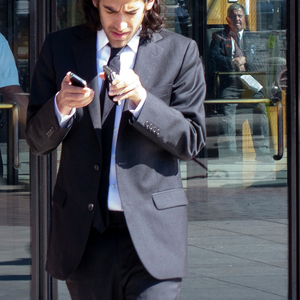 Aaron H. Swartz, accused of mass downloading over two million documents from the JSTOR online journal archive with the intent to distribute them, exits federal court in Boston yesterday morning. Swartz appeared for an...
John A. Hawkinson — The Tech 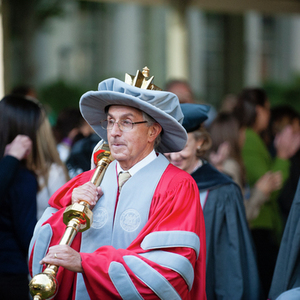 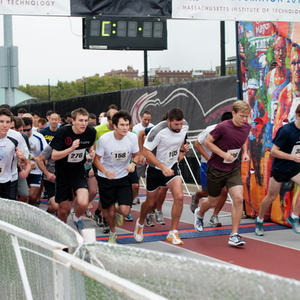 Runners take off from the starting line at the sound of the signal at the 2012 fall Beaver Dash on Saturday morning. The 5K run was part of the inauguration festivities for President L. Rafael Reif and benefits Habita...
Emilia a. Kellison-Linn
All Photos From Issue