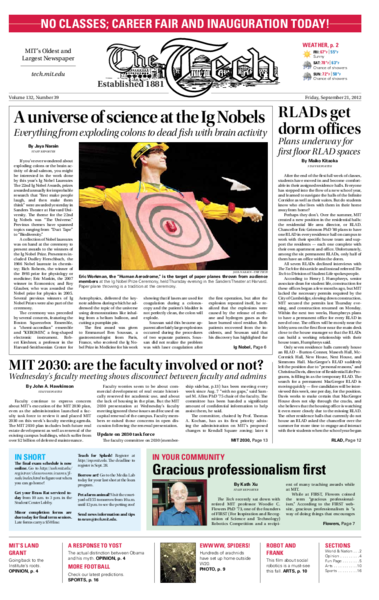 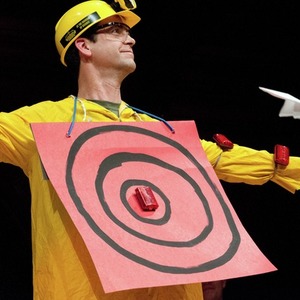 A universe of science at the Ig Nobels

If you’ve ever wondered about exploding colons or the brain activity of dead salmon, you might be interested in the work done by this year’s Ig Nobel Laureates The 22nd Ig Nobel Awards, prizes awarded annually for improbable research that “first make people laugh, and then make them think” were awarded yesterday in Sanders Theater at Harvard University. The theme for the 22nd Ig Nobels was “The Universe.” Previous themes have spanned topics ranging from “Duct Tape” to “Biodiversity.”

Faculty continue to express concern about MIT’s execution of the MIT 2030 plan, even as the administration launched a faculty task force to review it and placed MIT 2030 on this week’s faculty meeting agenda. The MIT 2030 plan includes both future real estate development as well as renewal of the existing campus buildings, which suffer from over $2 billion of deferred maintenance.

News in your community

The Tech recently sat down with retired MIT professor Woodie C. Flowers PhD ’73, one of the founders of FIRST (For Inspiration and Recognition of Science and Technology) Robotics Competition and a recipient of many teaching awards while at MIT. 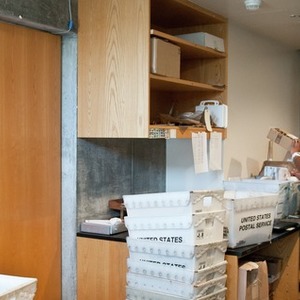 After the end of the first full week of classes, students have moved in and become comfortable in their assigned residence halls. Everyone has stepped into the flow of a new school year, and learned to navigate the halls of the Infinite Corridor as well as their suites. But do students know who else lives with them in their home away from home?

The final exam schedule is now online. Go to http://web.mit.edu/registrar/classrooms/exams/finals/index.html to figure out when you can go home! 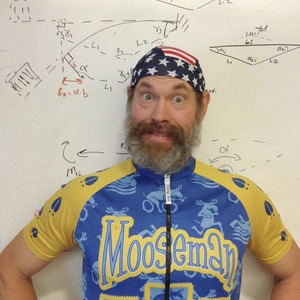 On Thursday, Aug. 9, 2012, Provost Chris A. Kaiser PhD ’87 announced to the faculty that he had appointed a “Task Force on Community Engagement in 2030 Planning.”

BRUSSELS — Prime Minister Wen Jiabao said Thursday that China would continue to help the European Union recover from its economic crisis even as he sternly criticized the bloc for maintaining an embargo on weapons sales to his country.

Bill to keep science graduates in US fails

A Republican bill to provide permanent resident visas for foreigners who graduate from U.S. universities with advanced degrees in science and technology failed to pass the House on Thursday, a setback for technology companies that had strongly supported it.

More than a year after a phone hacking crisis in Britain engulfed Rupert Murdoch’s News Corp., the embattled media company received a clean bill of corporate health on Thursday from a critical British regulator.

The autumnal equinox will occur tomorrow morning at 10:49 a.m., marking the official end of summer and the beginning of fall. Meteorologically, the beginning of fall in New England is usually marked by the end of heat waves and thunderstorms, a slow decline in temperatures, and a general increase in windiness. This weekend’s weather will be seasonable and pleasant, with sunny skies and temperatures in the 60s and 70s °F.

Violence over video continues in Pakistan

ISLAMABAD — On the eve of a public holiday to protest an anti-Islam video made in the United States, thousands of demonstrators battled with police officers for hours on Thursday near the capital’s diplomatic quarter, and the U.S. Embassy broadcast advertisements on local television stations showing U.S. leaders denouncing the video.

NEW YORK — The state’s chief judge on Wednesday announced the details of a new rule — the first of its kind in the nation — requiring law students to perform 50 hours of unpaid work as a condition of practicing in New York.

MADRID — Spain’s prime minister, Mariano Rajoy, already under pressure from his European counterparts to clean up Spain’s banks and public finances, failed Thursday to ease what has recently turned into his biggest domestic political challenge — a separatist push by the nation’s most economically powerful region, Catalonia.

150 years ago this summer, the U.S. Congress passed a bill introduced by Vermont representative Justin Morrill, which provided for “the endowment, support and maintenance of colleges of agriculture and mechanic arts.” Shortly thereafter, President Abraham Lincoln signed the Morrill Act into law, ushering in the development of one of our nation’s greatest achievements — the nation’s land-grant colleges and universities, the precursors to today’s public higher education system. From the great public institutions of the upper Midwest (think the Big 10 and Big 12) to the University of California system, the Morrill Act called on the states to provide colleges where the “industrial classes” (had Mr. Morrill introduced this bill today he would have likely written “middle class”) could pursue a “liberal and practical education” in the agricultural and mechanical arts. The intent is excerpted from the original Morrill Act:

The distinction between the actual Obama and his myth

An article published Tuesday about Peer2Peer incorrectly listed Nightline’s hours as 8 a.m. to 8 p.m. — it is actually 8 p.m. to 8 a.m.

Frank is enraged by the idea of having a robot nanny; a particularly hilarious scene in the movie is full of cursing and dramatic quips about killing robots. To be clear, this movie is not The Terminator or I, Robot, where robots gain artificial intelligence and revolt against their human makers. Rather, Robot &amp; Frank follows the arc of the friendship between Frank and the robot — if you can even call it friendship at all, since technically the robot cannot feel — and the heart of this movie is about a family’s difficulty identifying and responding to an aging parent. The film’s main conflict, similar to other Sundance Film Festival winners, is rooted in human folly.

A chat with Viktor Petrenko, figure skating legend How disciplined practice and community-minded humility got him to the top

After two decades of personal academic labors that included a B.A. degree, two masters, the relative mastery of the Russian language, and lessons for “Adult Beginners” at the MIT Figure Skating Club, and after 25 years of long-distance admiration, last month on Aug. 17 I finally got an in-person interview with my figure skating hero, 1992 World and Olympic Champion Viktor Petrenko at his home ice rink.

Prof. Alex H. Slocum ’82 poses in his American flag do-rag. Slocum read this poem at the close of Wednesday’s faculty meeting, in honor of International Talk Like a Pirate Day and the first faculty meeting of the Reif...
Folkers E. Rojas G, courtesy of Alex Slocum 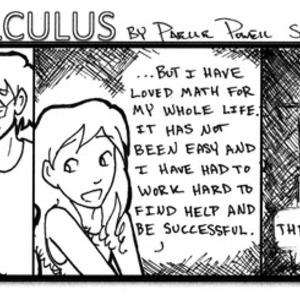 Eric Workman, the “Human Aerodrome,” is the target of paper planes thrown from audience members at the Ig Nobel Prize Ceremony, held Thursday evening in the Sanders Theater at Harvard. Paper plane throwing is a tradit...
Jaya Narain—The Tech 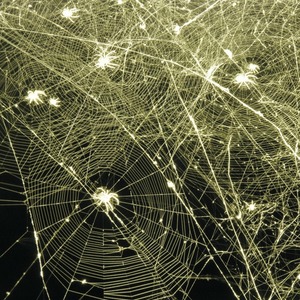 By David Da He While Tim Berners-Lee may have created the World Wide Web, dozens of spiders have been busy making their own webs under the lamp that illuminates the MIT Stratton Student Center sign. Aperture: ƒ/18 ... 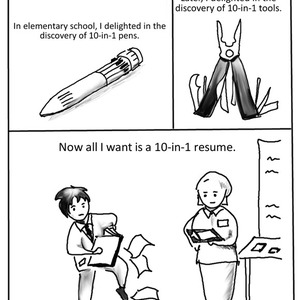 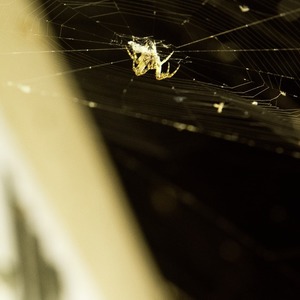 By Arthur Petron Spiders have taken over the east side of W20. The spiders create their webs near the lights in order to catch the bugs that are attracted to them. Aperture: ƒ/6.3 Exposure Time: 1/50 sec. Sensitiv...
All Photos From Issue