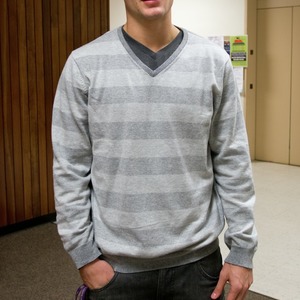 How do MIT student-athletes deal with stress?

Resolute dedication, judicious time management, and hardy discipline are just a few of the qualities important to MIT student-athletes as they strive to get the most out of both academics and sports. The academic rigor of a school like MIT poses a significant challenge for athletes here as they strive to succeed while keeping stress levels low and maintaining optimal physical and mental health. They invest a considerable amount of time on school coursework and team practices alone. On top of these commitments, many student-athletes do even more, engaging in clubs and extracurricular activities. There is no question that this lifestyle is susceptible to conflicts and requires prioritization and prudent decision-making.

At the New England Women’s and Men’s Athletic Conference (NEWMAC) Semifinals, MIT Men’s Soccer defeated No. 1 seeded Babson to proceed to the championship match. MIT clinched the win against Babson after a penalty kick by junior Andrew C. Fijan in double overtime. Just 16 minutes into the game, sophomore John L. Kramer and Sean D. Bingham ’16 scored the first two goals three minutes apart. Babson tied up the game by the 29th minute, so the first half ended with a score of 2-2. While the Engineers outshot Babson 12-7 in the first half, both teams took far fewer shots in the second half with Babson outshooting MIT 5-4. Like the first half, goalie Jake L. Amereno ’16 made one save while Babson’s goalie made two, forcing the game into overtime. Even during overtime, both goalies made tremendous saves, so neither team was able to make a goal. With the game resting on penalty kicks after neither team had scored during overtime, Fijan sent the ball flying to the lower left corner, allowing MIT to advance to the finals after a 5-4 victory.

MIT Women’s Tennis started off against Clark by sweeping the doubles matches, ultimately defeating Clark 7-2. Julia C. Hsu ’14 picked up wins in doubles and singles, including the match-clinching singles victory. After the No. 3 team of Vynnie J. Kong ’15 and Meghana Vasireddy ’16 dominated the first doubles set with an 8-0 win, the Engineers went on to take the rest of the doubles matches. Ava P. Soleimany ’16 took the first singles match of the night with an impressive 6-0, 6-0 in the No. 5 match, followed by Hsu with a score of 6-4, 6-2 at No. 2. Alana H. Peters ’16 made it 6-0 in MIT’s favor with a 6-1, 6-2 victory in the No. 6 match.

MIT Women’s Tennis fell short in its match against cross-town rival Tufts University with a score of 4-5, putting MIT at 2-1 for the season thus far. Senior Candace Wu secured two wins for the team, winning both her singles and doubles matches. Though Tufts won the opening point with an 8-4 win at No. 1 doubles, MIT tied things up when Wu and junior Julia C. Hsu defeated Tuft’s No. 2 team with an 8-6 win. Tufts pulled away for the first round of doubles with a close win of 9-7 at No. 3. Lauren C. Quisenberry ’14 brought the Engineers back to within a point after scoring a 6-2, 6-2 victory at No. 1. Likewise, Vynnie J. Kong ’15 finished off her No. 2 match with a 6-4, 7-5 win. However, a pair of wins in the Nos. 4 and 6 secured the win for Tufts.