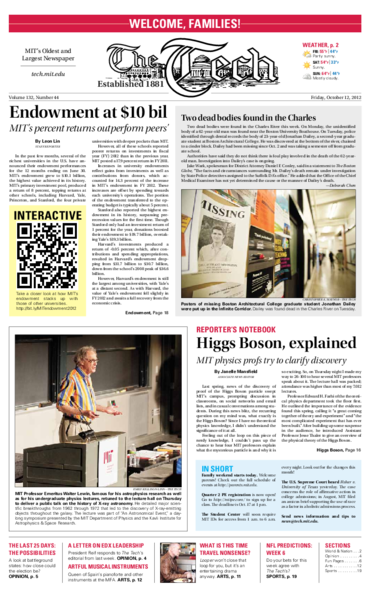 MEDFORD — It is an ordinary working-class neighborhood: clapboard houses, chain-link fences. There is a statue of the Virgin Mary in one front yard; in another, a Halloween ghost waves in the wind.

Last spring, news of the discovery of proof of the Higgs Boson particle swept MIT’s campus, prompting discussion in classrooms, on social networks and email lists, and in casual conversations among students. During this news blitz, the recurring question on my mind was, what exactly is the Higgs Boson? Since I have no theoretical physics knowledge, I didn’t understand the significance of it at all.

In the past few months, several of the richest universities in the U.S. have announced their endowment performances for the 12 months ending on June 30. MIT’s endowment grew to $10.1 billion, the highest value achieved in its history. MIT’s primary investment pool, produced a return of 8 percent, topping returns at other schools, including Harvard, Yale, Princeton, and Stanford, the four private universities with deeper pockets than MIT.

Two dead bodies were found in the Charles River this week. On Monday, the unidentified body of a 62-year-old man was found near the Boston University Boathouse. On Tuesday, police identified through dental records the body of 23-year-old Jonathan Dailey, a second-year graduate student at Boston Architectural College. He was discovered at the bottom of the river, chained to a cinder block. Dailey had been missing since Oct. 2 and was taking a semester off from graduate school.

PARIS — Libya is preparing to bring a wide range of charges against a son of Moammar Gadhafi, and to begin his trial by February, lawyers for Libya told the International Criminal Court at The Hague on Wednesday. They appeared at a hearing dealing with the question of whether Libya or the international court has the right to try the younger Gadhafi as well as a powerful intelligence chief in his father’s regime.

The private equity giants Blackstone Group and Kohlberg Kravis Roberts are longtime rivals that compete for multibillion-dollar deals. But during last decade’s buyout boom, according to newly released emails in a civil lawsuit accusing them of collusion, the two firms appeared to be on much cozier terms.

A legal brawl in Mexico as bond buyers look on

Trouble is brewing in the industrial heartland of Mexico, but it’s not the violent drug wars that have plagued the boomtown of Monterrey. It is a legal brawl over the bankruptcy of the country’s largest glassmaker, Vitro.

Chilly conditions in store for weekend

Polar air continues to move into our region, and the first frost looks imminent tonight. In fact, temperatures could reach the freezing point outside Boston! A high pressure sitting in the Midwest is pulling cold air from Canada down into New England. Winds should be somewhat stiff today as well, but will subside on Saturday. By that time, the high pressure will reach us and provide clear, dry conditions. The cold temperatures will not last long because a low pressure will approach the Great Lakes, pushing warm air into the Northeast by Monday. Any significant rain chances should hold off until late Sunday. So the jacket is a better choice over the umbrella this weekend.

Yemeni employee at US embassy in Sanaa is shot dead

SANAA, Yemen — A senior Yemeni officer working in the U.S. Embassy in Sanaa was killed Thursday in an attack that security sources said bore the hallmarks of the regional al-Qaida franchise. The killing comes amid sharp American scrutiny of security at foreign diplomatic posts in the wake of the militant assault one month ago on the U.S. mission in Benghazi, Libya, which killed a U.S. ambassador, J. Christopher Stevens, and three other diplomatic personnel.

PARIS — A year after the United States cut off its financing to UNESCO, following a vote to make Palestine a full member, the organization remains engaged in a frantic effort to cut back programs, reduce costs and raise emergency money.

Reporting was contributed by Hania Mourtada and Hwaida Saad from Beirut, and Isabel Kershner and Jodi Rudoren from Jerusalem.

Toyota recalls 7.4 million cars because of a fire risk

Toyota announced on Wednesday that it was recalling 7.4 million vehicles worldwide, including 2.5 million in the United States, to repair power-window switches that can break down and pose a fire risk.

The name of one of the author’s for last Friday’s guest column, “Childcare — a gift for the MIT family,” was misspelled. He is Thomas Crouzier, not Thomas Cruzier.

The Big Mo and the Big Three

There are 25 days left until November 6, 2012. In the week and a half since the first presidential debate, polls have shifted significantly, changing the Electoral College (EC) math. While Governor Romney holds a lead in the national nationwide polling average, the popular vote is not an accurate barometer from which to measure the outcome of the coming election, since it is the Electoral College (the delegates afforded to individual states) that will determine the victor. Therefore, election-watchers (and the candidates) will closely be watching the individual state by state polls as the race comes down to the wire.

Our duty as scientists

Science today has an image problem. Too often it is seen as an esoteric activity of academics, whose results have no influence on the daily lives of the American people. When the news of the neutrinos supposedly going faster of light was reported and the public saw the scientific community scramble to debunk this claim, I cannot help but wonder what an American who does not follow science thought of the coverage.

You know the dull wall of Building E38 (pink, cream, whatever) that runs between MIT Press and Cosi? The other day somebody had the audacity (dare I say, the good heart) to spray-paint two machine guns with barrels curved together in the shape of a heart. When I saw this act of vandalism, I smiled and nodded. For I have learned to appreciate this kind of art. Street art. And it’s thanks to Banksy.

If music is art, are too the instruments?

If you’re particular about coffee, you know about Area Four already — their shots are dense, their lattes are tiny and strong, and if, like me, you have a shameful preference for vats of the watery American stuff, they do a great job at that, too. 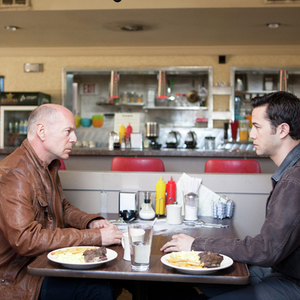 Despite the fact that Looper’s entire premise is time travel, it’s not your typical sci-fi film. It is hard to give a summary of the film without unraveling the plot, which speaks to how intricate the storyline is. Without giving too much away, the film centers on Joe (played by Joseph Gordon-Levitt), who is meant to kill his future self (played by Bruce Willis). Little does he know that his future self has a plan of his own to both stay alive and prevent future events.

Lions and Rams and Falcons, Oh My! Week 6

MIT Women’s Tennis started off against Clark by sweeping the doubles matches, ultimately defeating Clark 7-2. Julia C. Hsu ’14 picked up wins in doubles and singles, including the match-clinching singles victory. After the No. 3 team of Vynnie J. Kong ’15 and Meghana Vasireddy ’16 dominated the first doubles set with an 8-0 win, the Engineers went on to take the rest of the doubles matches. Ava P. Soleimany ’16 took the first singles match of the night with an impressive 6-0, 6-0 in the No. 5 match, followed by Hsu with a score of 6-4, 6-2 at No. 2. Alana H. Peters ’16 made it 6-0 in MIT’s favor with a 6-1, 6-2 victory in the No. 6 match. 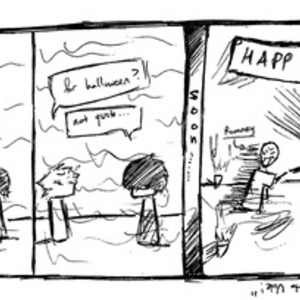 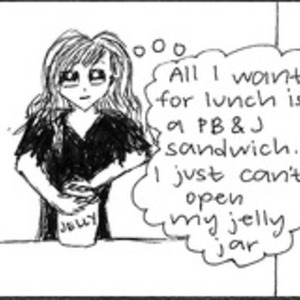 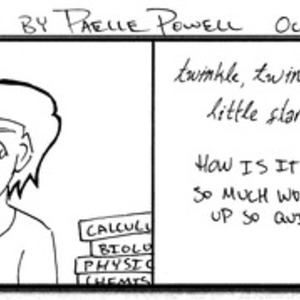 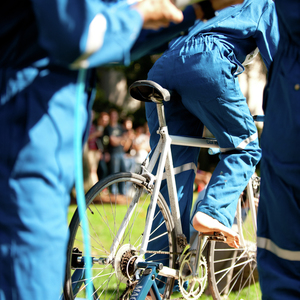 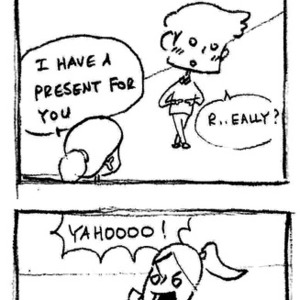 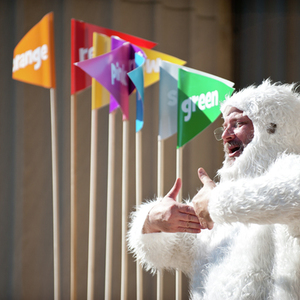 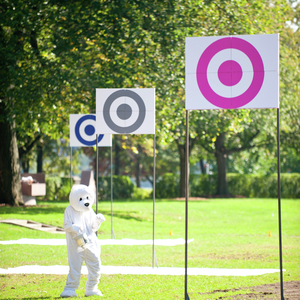 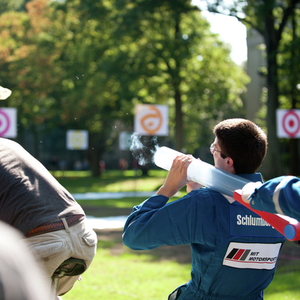 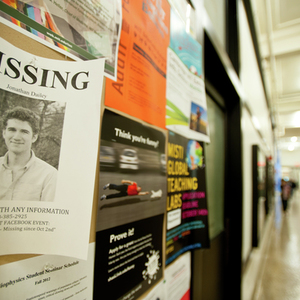 Posters of missing Boston Architectural College graduate student Jonathan Dailey were put up in the Infinite Corridor. Dailey was found dead in the Charles River on Tuesday.
Christopher A. Maynor—The Tech 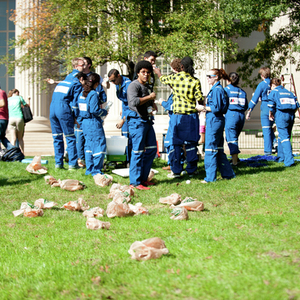 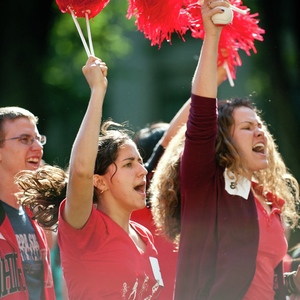 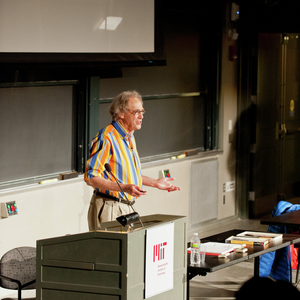 MIT Professor Emeritus Walter Lewin, famous for his astrophysics research as well as for his undergraduate physics lectures, retuned to the lecture hall on Thursday to deliver a public talk on the history of X-ray ast...
Emily Kellison-Linn—The Tech
All Photos From Issue