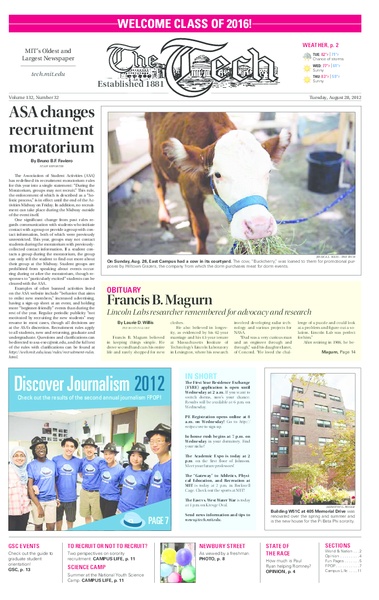 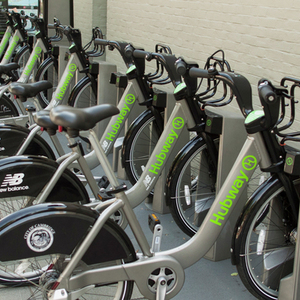 In coming back to school, you might have noticed the new bright green and black bikes zipping around Cambridge, or the similarly-colored station near Bexley at the corner of Amherst Alley and Mass. Ave. Hubway, whose logo is proudly emblazoned in green on the bikes and stations, is a bike share system that started in Boston and now, a little over a year later, has expanded to Cambridge. Hubway is managed by Alta BicycleShare, which operates bicycle sharing systems in Washington, D.C., Arlington, and Australia. 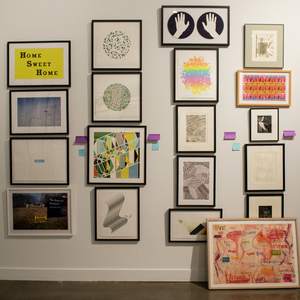 Attending MIT has more perks than just getting a world-class education. Each year, through the Student Loan Art Program, MIT’s List Visual Arts Center allows students to borrow artwork for an academic year at no cost. The collection includes photography and paintings, reprints and originals, contemporary and modern works. However, students must go through a lottery first.

Choosing a bank can one of the most difficult first decisions of college. Managing money is a scary proposition with plenty of horror stories: students irresponsibly using their credit cards, getting robbed, and just being strapped for cash. Sometimes these situations are inevitable, so the best way to reduce pain and suffering is to pick the right place to put your money. At MIT, the most visible choices are Bank of America, Citibank, and the MIT Federal Credit Union (MITFCU). They all offer basic checking, savings, and credit cards.

The Association of Student Activities (ASA) has redefined its recruitment moratorium rules for this year into a single statement: “During the Moratorium, groups may not recruit.” This rule, the enforcement of which is described as a “holistic process,” is in effect until the end of the Activities Midway on Friday. In addition, no recruitment can take place during the Midway outside of the event itself.

The First Year Residence Exchange (FYRE) application is open until Wednesday at 2 a.m. If you want to switch dorms, now’s your chance. Results will be available at 6 p.m. on Wednesday.

SAN FRANCISCO — Steve Jobs minced no words when talking about Android, Google’s mobile operating system, which he saw as too similar to the iPhone’s. He told his biographer, Walter Isaacson, that Android was “a stolen product” and said, “I’m willing to go thermonuclear war on this.”

MOSCOW — President Vladimir V. Putin is rumored to be among the world’s wealthiest men, with an oil-greased fortune worth tens of billions of dollars. He denies that, vehemently, but a report to be published Tuesday suggests that the dispute may be beside the point.

JERUSALEM — Tamer Jbarah, a 17-year-old Palestinian student who speaks accentless Hebrew after years in a bilingual school that is about half Jewish, said he was not at all surprised when a mob of Jewish teenagers beat an Arab teenager unconscious this month while hundreds watched and did nothing to help.

BP’s recent $1 billion sale of its Carson refinery in Southern California is the latest move in what has become perhaps the biggest corporate garage sale in history, as BP seeks to raise cash and slim down its global operations by divesting $38 billion in assets before the end of 2013.

SEATTLE — Within a few years, Amazon.com’s creative destruction of both traditional book publishing and retail may be footnotes to the company’s larger and more secretive gambit: giving anyone on the planet access to an almost unimaginable amount of computing power.

Nearly 7 years after disastrous Hurricane Katrina made landfall on the United States Gulf Coast, Hurricane Isaac will inundate Louisiana and surrounding shorelines tonight and into Wednesday. Nearly 10”+ rainfall totals are expected across eastern Louisiana and southern Mississippi as Isaac turns northward and weakens over the Midwest through late week. Wind gusts may reach 100 mph close to the storm’s center, especially near the time of landfall over southeast Louisiana.

BEIRUT — France’s president urged the Syrian opposition movement Monday to create a provisional government and vowed to extend official recognition once it was formed.

On August 11, Mitt Romney announced Congressman Paul Ryan of Wisconsin as his running mate. The choice of Ryan seems to have outperformed expectations.

Due to a production error, the August 24 edition of The Tech published the same Sudoku twice, but published two different answers. The Sudoku that was supposed to be run can be found on page 6.

The summer before MIT

We often hear about the summer after high school, of those warm days shrouded in familiarity before the thrilling independence of college. After graduation, I promised myself to make the most of this last summer, to try new things, take risks, and gain perspective.

IT’S ALL GREEK TO ME: My final Recruitment

“It’s All Greek To Me” tells the individual stories of MIT sorority girls. Check in every Tuesday to hear a new voice. Denzil Sikka ’13 is a senior in Course 6 at MIT and president of Panhel, the governing council of all six MIT sororities.

Hell is other people

I was a freshman once. Escaping my hometown of Tampa, Florida, I went to MIT, leaving my family and high school friends behind. I was an unattached soul, with no group to call my own. Faced with the fear of being alone and unsupported, I was easily tempted by the promises of Sorority Recruitment.

Surviving the first year at the Institute

Starting at any college can be nerve-wracking for freshman, and MIT is no different. Freshmen are in a new environment and worried about academics and managing their lives — all without the familiar comfort of home and their parents. With so many things to do, from registering for classes to living alone for the first time to doing laundry, students can feel overwhelmed. Luckily, there are a number of encouraging support systems around campus. 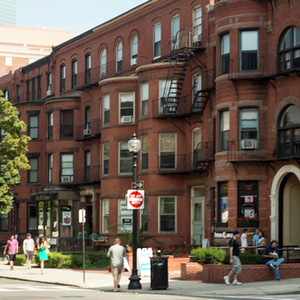 Leon Lin Students in Discover Journalism took a walk down Newbury Street on Saturday and photographed their experience.

Hubway bikes outside Building W11 on Saturday afternoon are a recent addition to campus. Hubway bikes recently appeared at MIT and select other locations in Cambridge, adding to the existing Hubway system in Boston.
Rachel Agyemang 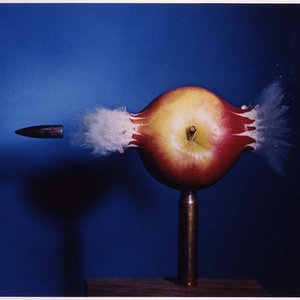 The photo Bullet Through Apple is available to students and will be on display in the Student Art Loan Exhibit.
Photo by Harold E. Edgerton PhD ’31 Courtesy of the Smithsonian American Art Museum 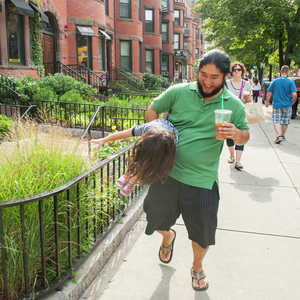 Kath Xu Students in Discover Journalism took a walk down Newbury Street on Saturday and photographed their experience. 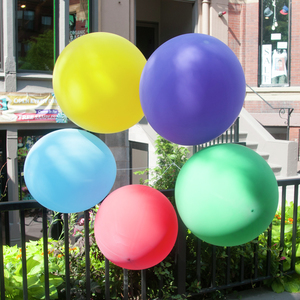 Maiko Kitaoka Students in Discover Journalism took a walk down Newbury Street on Saturday and photographed their experience. 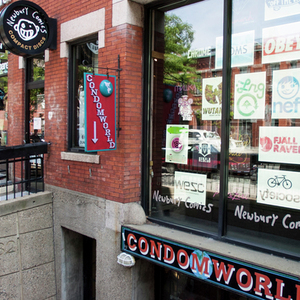 Students in Discover Journalism took a walk down Newbury Street on Saturday and photographed their experience.
Anthony Yu 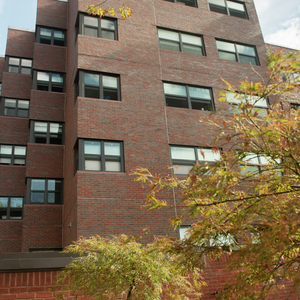 Building W51C at 405 Memorial Drive was renovated over the spring and summer and is the new house for the Pi Beta Phi sorority.
Akimitsu G. Hogge 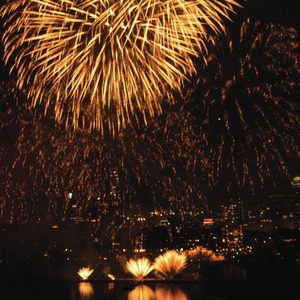 Do you have some cool photos of the fireworks from this summer? Send photos of what you did over the summer to photo@tech.mit.edu for a chance to see your photos in The Tech!
Jessica L. Wass—The Tech 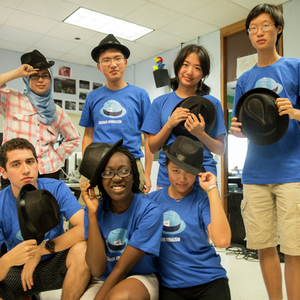 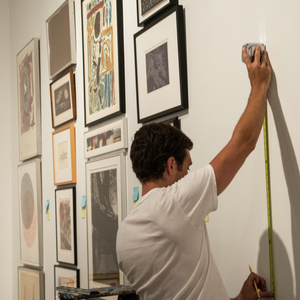 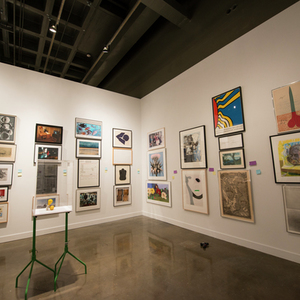 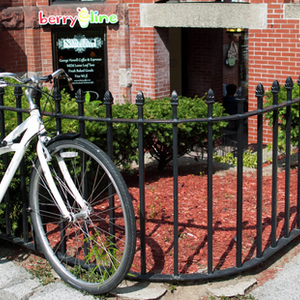 Rachel Agyemang Students in Discover Journalism took a walk down Newbury Street on Saturday and photographed their experience. 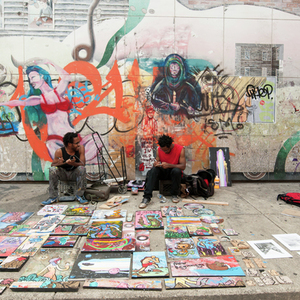 Students in Discover Journalism took a walk down Newbury Street on Saturday and photographed their experience.
Juan J. Jaramillo 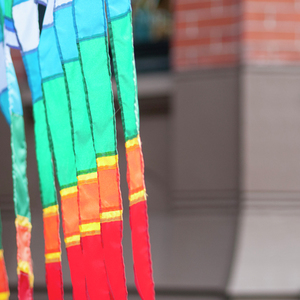 Maha Shady Students in Discover Journalism took a walk down Newbury Street on Saturday and photographed their experience. 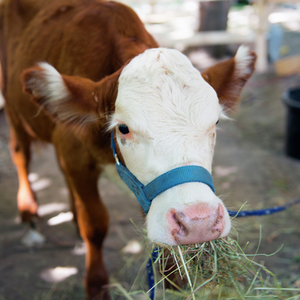 On Sunday, Aug. 26, East Campus had a cow in its courtyard. The cow, “Buckcherry,” was loaned to them for promotional purposes by Hilltown Grazers, the company from which the dorm purchases meat for dorm events.
Jessica L. Wass—The Tech 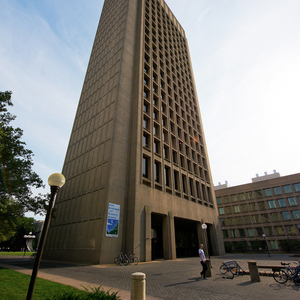 This photo of Building 54 was taken on Friday, Aug. 24 in the early afternoon with the bright sun overhead. A wide angle 14–24mm lens lent a unique perspective to the Green Building, a common sight to most on campus. ...
Jessica L. Wass—The Tech
All Photos From Issue