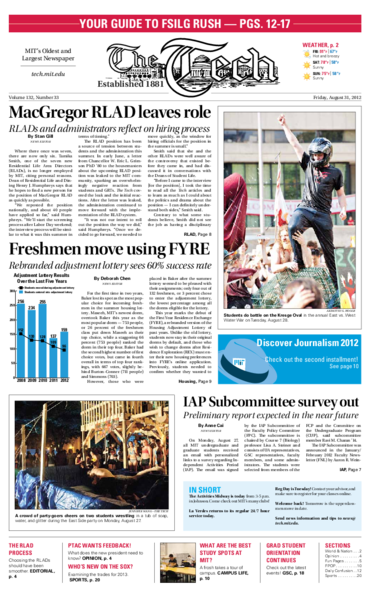 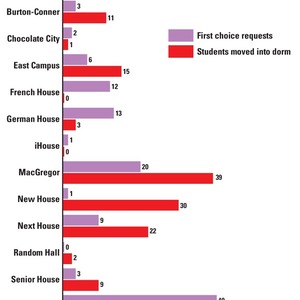 For the first time in two years, Baker lost its spot as the most popular choice for incoming freshmen in the summer housing lottery. Maseeh, MIT’s newest dorm, overtook Baker this year as the most popular dorm — 303 people, or 26 percent of the freshmen class put down Maseeh as their top choice, while a staggering 66 percent (753 people) ranked the dorm in their top four. Baker had the second highest number of first choice votes, but came in fourth overall in terms of top four rankings, with 667 votes, slightly behind Burton-Conner (711 people) and Simmons (703).

On Monday, August 27, all MIT undergraduate and graduate students received an email with personalized links to a survey regarding Independent Activities Period (IAP). The email was signed by the IAP Subcommittee of the Faculty Policy Committee (FPC). The subcommittee is chaired by Course 7 (Biology) professor Lisa A. Steiner and consists of UA representatives, GSC representatives, faculty members, and some administrators. The students were selected from members of the FCP and the Committee on the Undergraduate Program (CUP), said subcommittee member Ravi M. Charan ’14.

Intro to the Daily Confusion

Welcome to the Daily Confusion for FSILG Rush 2012! Greek and ILG life are huge on MIT’s campus, and while they may not be right for everyone, many people cite their affiliations as a key piece of what makes their MIT experience so fun and valuable. 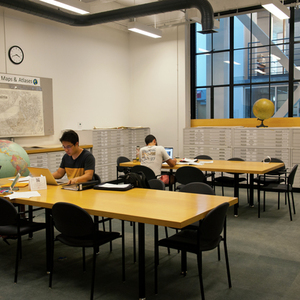 It’s no secret that freshmen starting at MIT tend to be most worried about academic challenges. They have nightmares about the horror of p-sets and wonder how effectively they can study as they adjust to their new environment.

Harvard University is investigating some 125 undergraduates accused of collaborating on a spring take-home final exam in the largest cheating scandal in recent memory to hit the Ivy League.

Where there once was seven, there are now only six. Tamika Smith, one of the seven new Residential Life Area Directors (RLADs), is no longer employed by MIT, citing personal reasons. Dean of Residential Life and Dining Henry J. Humphreys says that he hopes to find a new person for the position of MacGregor RLAD as quickly as possible.

The Activities Midway is today from 3-5 p.m. in Johnson. Come check out MIT’s many clubs!

The first seven courses to be offered under edX — set to open to at various dates in September and October — will probably reach thousands of students around the globe. But both MIT and UC Berkeley, who joined the online learning initiative in July, say they also plan to use the edX platform to enhance education for their own students. How are the edX schools progressing towards this goal?

The headline for Francis B. Magurn’s obituary on page 14 of Tuesday’s Tech stated that he died at age 92. He was 97.

Lisa A. Steiner, Professor, Chair of the IAP Subcommittee

CARACAS, Venezuela — The authorities in Venezuela said Wednesday that they would investigate claims that illegal Brazilian gold miners massacred a village of Yanomami Indians deep in the Amazon jungle.

LONDON — Police officials investigating phone hacking by journalists at Rupert Murdoch’s British newspapers arrested a man on Thursday who was identified in news reports as Tom Crone, a former senior lawyer for the newspapers.

NEW ORLEANS — Why were people in Plaquemines Parish and other coastal areas of Louisiana and Mississippi so blase about Hurricane Isaac? The answer could have something to do with the yardstick most commonly used to measure storms.

KABUL, Afghanistan — Five Australian soldiers were killed in southern Afghanistan within hours of one another Wednesday and Thursday, three of them at the hands of a turncoat Afghan soldier, making it the deadliest period in a decade of fighting here for one of the staunchest U.S. allies.

Nuclear report on Iran puts Israel in a box

JERUSALEM — For Israeli Prime Minister Benjamin Netanyahu, the International Atomic Energy Agency on Thursday offered findings validating his long-standing position that while economic sanctions and diplomatic isolation may have hurt Iran, they have failed to slow Tehran’s nuclear program. If anything, the program is speeding up.

RIO DE JANEIRO — Brazil’s government has enacted one of the Western Hemisphere’s most sweeping affirmative action laws, requiring public universities to reserve half of their admission spots for the largely poor students in the nation’s public schools and vastly increase the number of university students of African descent across the country.

After a hot and windy day today, a more settled weather pattern will take hold, bringing pleasant weather for the holiday weekend.

The installation of Residential Life Area Directors (RLADs) in most dormitories over the summer has been one of the strangest and most disturbing policy decisions in recent memory. Students should know two things: (1) virtually nothing about the formulation and implementation of this policy has been acceptable, and (2) the RLADs themselves did not make this policy. They deserve to be treated with compassion and respect, and should be welcomed to MIT warmly.

Have an opinion? PTAC wants to hear it!

The Presidential Transition Advisory Cabinet (PTAC), made up of students from around the Institute, has been charged with providing advice and student perspective to MIT’s 17th President, L. Rafael Reif, as he develops a vision for the Institute’s future. To do this, we need to hear from you.

One can only imagine that if former Arizona Cardinals coach Dennis Green was running the Boston Red Sox, he would have said that Adrian Gonzalez, Josh Beckett, and Carl Crawford were not who we thought they were. On Saturday, the Red Sox finally let them off the hook, releasing them into the friendly confines of Chavez Ravine.

“First choice requests” refers to the number of freshmen who requested a given dorm as their first choice in the adjustment lottery; “Students moved into dorm” is the number who actually moved in. Not all students rec...
source: robin baughmaN, Residential life and dining; infographic: Annia Pan - The Tech 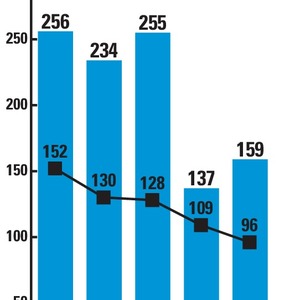 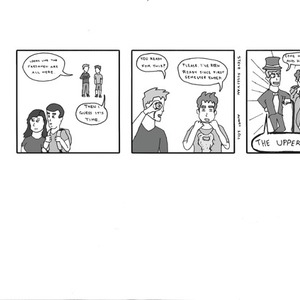 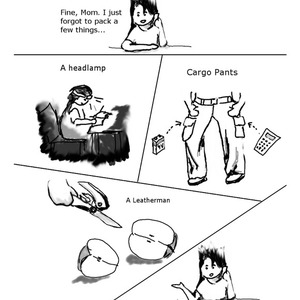 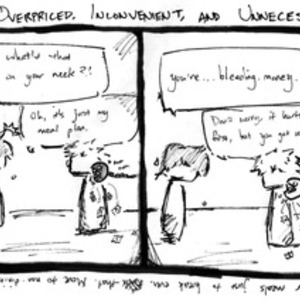 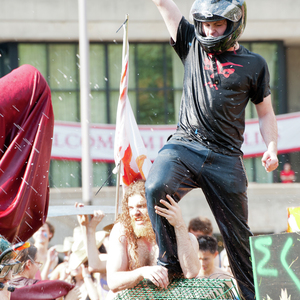 Students do battle on the Kresge Oval in the annual East vs. West Water War on Tuesday, August 28.
Akimitsu Hogge

The Maps and Atlases area in the Rotch Library of Architecture and Planning is a lesser known study area on campus which features study tables and ready access to many geography resources.
Maha Shady 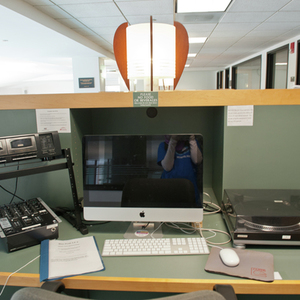 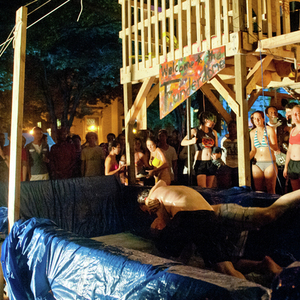 A crowd of party-goers cheers on two students wrestling in a tub of soap, water, and glitter during the East Side party on Monday, August 27.
Jennifer Wang—The Tech
All Photos From Issue