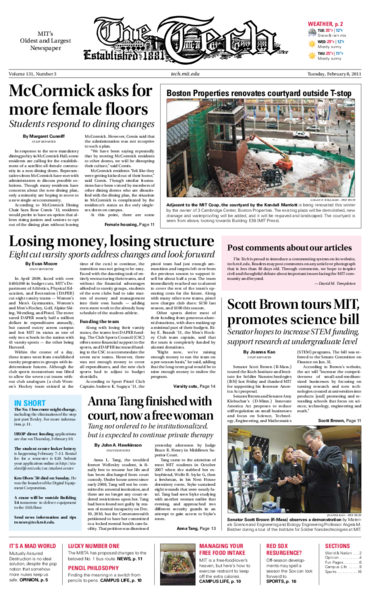 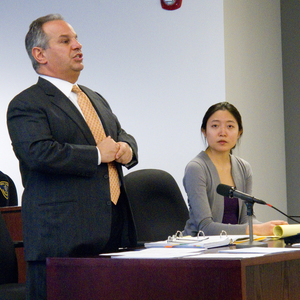 Anna L. Tang, the troubled former Wellesley student, is finally free to resume her life and has been discharged from court custody. Under house arrest since early 2008, Tang will not be committed to a mental institution, and there are no longer any court-ordered restrictions upon her. Tang had been found not guilty by reason of mental incapacity on Dec. 10, 2010, but the Commonwealth petitioned to have her committed to a locked mental health care facility. That petition was dismissed yesterday afternoon by Judge Bruce R. Henry in Middlesex Superior Court.

In a sports article last Friday about Super Bowl predictions, Al Harris and Aaron Kampman were incorrectly cited as being current Green Bay Packers players. Harris and Kampman are no longer on that team. 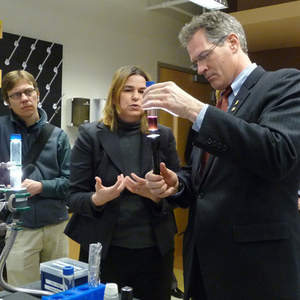 The Tech is proud to introduce a commenting system on its website, tech.mit.edu. Readers may post comments on any article or photograph that is less than 30 days old. Through comments, we hope to inspire civil and thoughtful debate about important issues facing the MIT community and beyond. 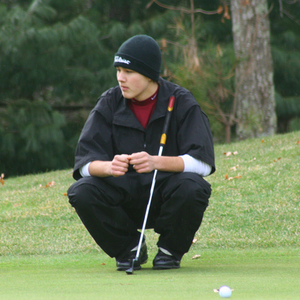 In April 2009, faced with over $400,000 in budget cuts, MIT’s Department of Athletics, Physical Education, and Recreation (DAPER) cut eight varsity teams — Women’s and Men’s Gymnastics, Women’s and Men’s Hockey, Golf, Alpine Skiing, Wrestling, and Pistol. The move saved DAPER nearly half a million dollars in expenditures annually, but caused outcry across campus and lost MIT its status as one of only two schools in the nation with 41 varsity sports — the other being Harvard. 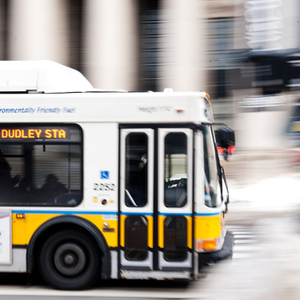 The popular Number 1 bus that stops outside 77 Massachusetts Ave. may see major changes as part of the Massachusetts Bay Transportation Authority (MBTA) Key Bus Route Improvement Program. Preliminary recommendations presented at the MBTA’s last community meeting include the elimination of inbound stop 76 at the intersection of Massachusetts Avenue and Memorial Drive, located slightly past Bexley in the direction of the Harvard Bridge.

In response to the new mandatory dining policy in McCormick Hall, some residents are calling for the establishment of a satellite all-female community in a non-dining dorm. Representatives from McCormick have met with administrators to discuss possible solutions. Though many residents have concerns about the new dining plan, only a minority are hoping to move to a new single-sex community.

KAMPALA, Uganda — With the announcement of final voting results, President Omar Hassan al-Bashir of Sudan said Monday that his government would accept the choice of the long-embattled region of southern Sudan to separate from the north, setting the stage for the creation of the world’s newest country this summer.

Cairo moves towards normalcy as protests continue in the capital

CAIRO — As Egypt’s revolt entered its third week the government of President Hosni Mubarak sought to seize the initiative from protesters still crowding Tahrir Square on Monday, offering a pay raise for government employees, announcing a date for opening the stock market and projecting an air of normalcy in a city reeling just days ago.

WASHINGTON — Gone for now are the likes of the taxpayer-financed teapot museum, or studies on the mating habits of crabs.

LONDON — Lawyers for WikiLeaks founder Julian Assange said at a court hearing on Monday that they think he will not receive a fair trial if he is extradited to Sweden to face accusations of sexual misconduct.

TEHRAN, Iran — With democracy tremors rocking the Arab world, Iran’s opposition has challenged its hard-line leaders to allow a peaceful demonstration — ostensibly in support of the uprisings in Tunisia and Egypt.

Thai and Cambodian troops clash violently at the border

THNAL BEK, Cambodia — Refugees clustered around cooking fires at a schoolhouse here as Cambodia and Thailand prepared for the possibility of further violence after a fourth day of shelling Monday at their disputed border. 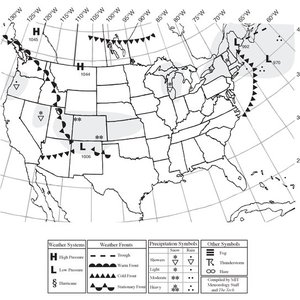 Light snow with a mix of rain is likely today, followed by a plunge in temperatures mid-week. A low pressure disturbance moving northeastward will provide the snow, but not in amounts that were common in previous storms this season. Today’s storm is far out in the Atlantic Ocean and not close enough to bring large amounts of precipitation to our region. As the storm continues to move away, clear skies and a cold air mass will settle across New England. Winds will also increase tonight, with some wind chill readings just below 0°F (-18°C). Despite the chilly February temperatures, mostly sunny skies will dominate the forecast period. Breezy conditions are likely through Thursday as well, with the strongest winds occurring tonight and into Wednesday.

Imagine two men, John and Nick, standing at the edge of a precipice. They are chained together at the ankle by a heavy chain such that if one falls over the edge (or throws himself off the edge), the other will fall with him, and both will die. John is trying to coerce Nick into giving him something — for convenience, let’s call it a MacGuffin. John has the strength to throw Nick off the cliff, but does not have the strength to simply seize the MacGuffin from Nick — he can only have it if it is willingly given away. Let us also imagine that John values the MacGuffin more than Nick does.

The men’s and women’s track and field teams competed in a tri-meet against Williams and Moravian on Saturday. Both teams took first place by a wide margin.

The Red Sox are back

Welcome back. For some of you, this has been a four-month hibernation from reading or thinking about professional baseball. I’ve kept tabs on all of you. In Dallas, you despaired for the plight of Tony Romo, agonized over Wade Phillips, and fell back in love with Jason Garrett. In Alabama, you invested your life savings in a Cam Newton legal defense fund and vowed to take those bureaucrats at the NCAA to the Supreme Court over Newton’s eligibility, if it came to that. In Green Bay, you went to your neighborhood Packer shrine and thanked the Cheesehead gods for giving you a general manager with the guts to say “no” to Brett Favre and “yes” to Aaron Rodgers when it came down to it in 2008. In New England, you thought that this year was going to be better than the 18-1 2007 season, until it wasn’t.

From pencils to pens

This semester, I switched from pencils to pens. I could never understand people who use pens. You can’t erase with pens — it’s like buying a keyboard without a backspace key. 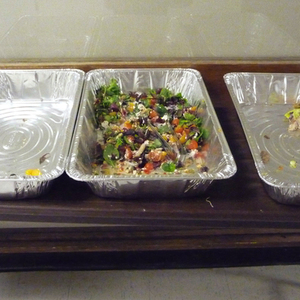 Learning how to say “no”

“Divya! You should come downstairs with your plate and fork. There’s a ton of food downstairs.” My friend looked at me with a sense of urgency as I walked into my room with Trader Joe’s grocery bags in hand.

Nicholas C. Swenson ’12 reads the green during a 2009 match. Today, the golf team continues as a club sport after losing its varsity status almost two years ago.
eric swenson 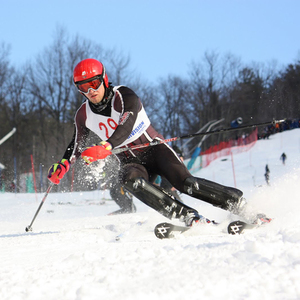 The MIT Alpine Skiing team competed at Cranmore in January 2010. The Ski team was one of the eight sports which lost its varsity status in spring of 2009.
David somach ’11 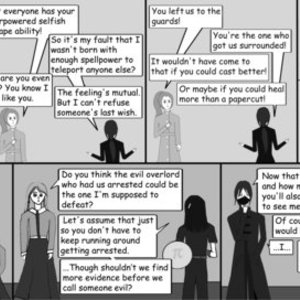 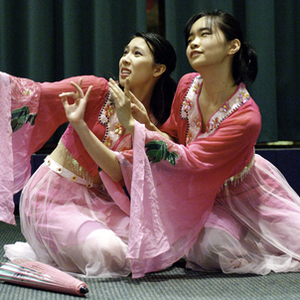 Vivian A. Lee ’12 and Cynthia S. Lu ’12 improvised to the song “Singing Song” as part of the Asian Dance Team at the Association of Taiwanese Students Lunar New Year Festival on Sunday, Feb. 6.
David Chen—The Tech 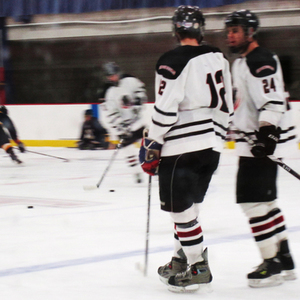 The MIT Men’s Hockey team prepares for a game against Merrimack on Tuesday evening.
ethan a. solomon—The Tech 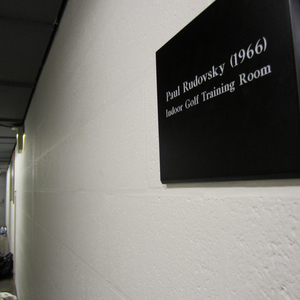 The MIT Golf team makes use of the Paul Rudovsky Indoor Training Room for practice.
ethan a. solomon—The Tech

Anna L. Tang listens as defense attorney Robert A. George argues that she should not be committed to a mental institution. The prosecution presented no testimony or evidence in favor of such commitment, he said.
John A. Hawkinson—The Tech

Changes might be coming to the Number 1 Bus route. The MBTA has proposed that some stops along Massachusetts Ave. be eliminated, and buses could be given traffic signaling priority.
David chen—The Tech 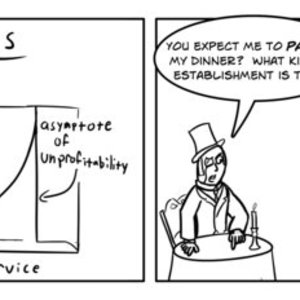 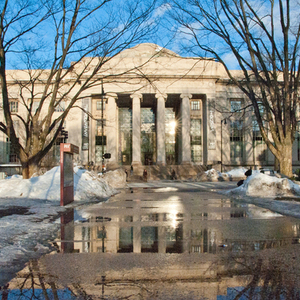 Even though we’re getting wet feet from stepping in the melted snow puddles, these puddles can be quite beautiful. Here’s a view of Lobby 7 and its reflection in a large clear puddle in front of the Student Center.
Joanna Kao—The Tech 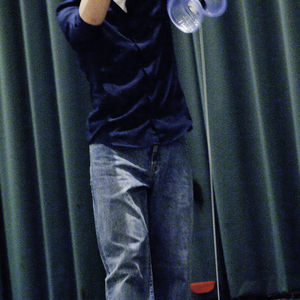 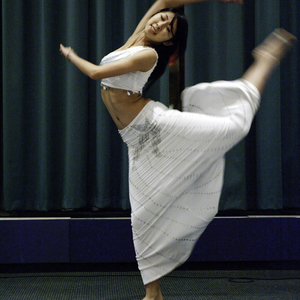 Ruobing Lu ’14 performed a traditional Dai dance to the song “Bamboo Wave.” The Dai people are one of several ethnic groups in China. The performance was part of the Taiwanese Students Lunar New Year Festival on Sunda...
David Chen—The Tech

Senator Scott Brown (R-Mass) observes a demonstration by Materials Science and Engineering and Biology Engineering Professor Angela M. Belcher during a tour of the Institute for Soldier Nanotechnologies at MIT.
Joanna Kao—The Tech 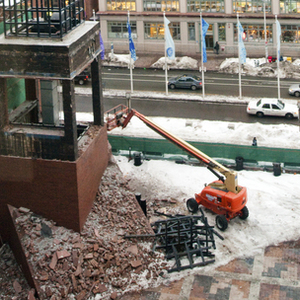 Adjacent to the MIT Coop, the courtyard by the Kendall Marriott is being renovated this winter by the owner of 3 Cambridge Center, Boston Properties. The existing plaza will be demolished, new drainage and waterproofi...
Logan P. Williams—The Tech
All Photos From Issue