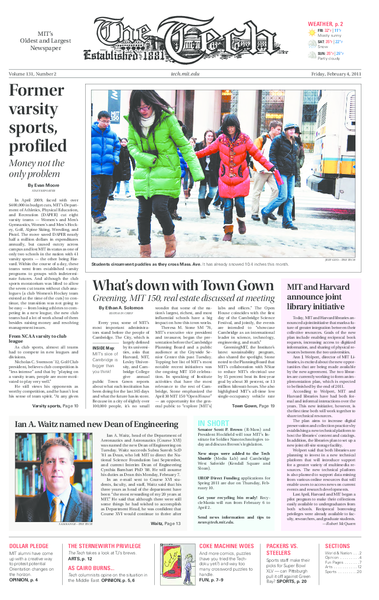 Tens of thousands of Massachusetts property owners are living in their homes without making mortgage payments as they fight foreclosure, plead with lenders for loan modifications, or simply take advantage of free housing while awaiting eviction.

What’s down with Town Gown

Every year, some of MIT’s most important administrators stand before the people of Cambridge. The City, which is largely defined by its universities, asks that Harvard, MIT, Lesley University, and Cambridge College give annual public Town Gown reports about what each institution has been doing for the last 365 days and what the future has in store. Because in a city of slightly over 100,000 people, it’s no small wonder that some of the nation’s largest, richest, and most influential schools have a big impact on how this town works. 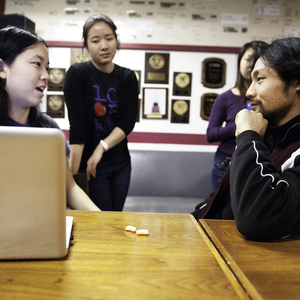 In April 2009, faced with over $400,000 in budget cuts, MIT’s Department of Athletics, Physical Education, and Recreation (DAPER) cut eight varsity teams — Women’s and Men’s Gymnastics, Women’s and Men’s Hockey, Golf, Alpine Skiing, Wrestling, and Pistol. The move saved DAPER nearly half a million dollars in expenditures annually, but caused outcry across campus and lost MIT its status as one of only two schools in the nation with 41 varsity sports — the other being Harvard. Within the course of a day, these teams went from established varsity programs to groups with indeterminate futures. And although the club sports moratorium was lifted to allow the seven cut teams without club analogues (a club Women’s Hockey team existed at the time of the cuts) to continue, the transition was not going to be easy — from losing athletes to competing in a new league, the new club teams had a lot of work ahead of them besides raising money and resolving management issues.

The Chief Justice of Ghana, Georgina T. Wood, gave a talk on Tuesday about the legal situation in Ghana and Africa. Wood was hosted by the MIT Sloan Africa Business Club, who invited her to be their spring speaker. 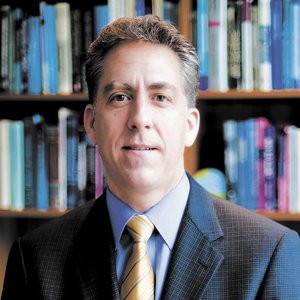 Ian A. Waitz, head of the Department of Aeronautics and Astronautics (Course XVI) was named the new Dean of Engineering on Tuesday. Waitz succeeds Subra Suresh ScD ’81 as Dean, who left MIT to direct the National Science Foundation last September, and current Interim Dean of Engineering Cynthia Barnhart PhD ’88. He will assume his duties as Dean this Monday, February 7.

Today, MIT and Harvard libraries announced a joint initiative that marks a future of greater integration between their collective resources. Goals of the new plan include enabling reciprocal book requests, increasing access to digitized information, and sharing of physical resources between the two universities.

Muslim Brotherhood’s stance in Egypt is strong but unclear

WASHINGTON — After maintaining a low profile in protests led largely by secular young Egyptians, the Muslim Brotherhood, the country’s largest opposition force, appeared to be taking a more assertive role Thursday, issuing a statement asking for President Hosni Mubarak to step aside for a transitional government.

TUCSON, Ariz. — Seconds after gunfire erupted outside a supermarket here last month, Randy Gardner, one of those struck during the barrage, said another potential crisis immediately entered his mind.

As our area recovers from its latest bout of wintry weather, yet another snowstorm is set to impact the region this weekend. Once again, a coastal low pressure system currently located over the southeastern states will make its way northward, bringing with it wintry precipitation for Saturday and Sunday night.

Virginia’s attorney general announced Thursday that he hoped to bypass an initial appellate review by asking the U.S. Supreme Court to consider the constitutionality of the Obama health care law on an expedited basis.

AMMAN, Jordan — King Abdullah II, struggling to stave off growing public discontent, widened his political outreach Thursday and met with the Muslim Brotherhood for the first time in nearly a decade. He also asserted in a statement that he would fight corruption and foster a broad national dialogue.

SANAA, Yemen — Thousands of pro- and anti-government demonstrators held peaceful protests in this impoverished capital Thursday, playing out themes that have rocked nations across the Arab world as autocratic leaders struggle to press back the roaring demands of movements hungry for democracy, accountability and the rule of law.

Senior executives at JPMorgan Chase expressed serious doubts about the legitimacy of Bernard L. Madoff’s investment business more than 18 months before his Ponzi scheme collapsed but continued to do business with him, according to internal bank documents made public in a lawsuit Thursday.

Editors Note: Readers are advised that this article contains discussions of the circumstances of rape.

Autocratic rule is a failing strategy

Of the 22 countries in the Arab League, three posses quasi-democratic governments. The remaining 19 are absolute monarchies, constitutional monarchies or “strong-manned” republics. Each of the three nations that do qualify as being democratic is struggling with its government. Iraq, which had democracy forced upon it by the United States seven years ago, still has an unstable government. Lebanon has a novel crisis in the form of its brand new government, and Palestine still awaits recognition as a state by half the world. It time for the rulers of the Arab League — both the non—democratic and barely democratic countries — to gracefully embrace democracy for the greater good of their people.

A Jan. 26 article about Bad Ideas weekend incorrectly stated that the homemade sledding hill was 20 feet tall. It was 8 feet tall.

It is the eleventh straight day of protests in Egypt, and nearly every day has been marked by fierce and violent clashes between protesters and riot police. The president, Hosni Mubarak, an 82-year old autocrat, has only avoided the fate of his Tunisian counterpart by sacking his entire government and scheduling elections for September, at which point he claims he will step down. Given the mercurial nature of revolutions, and of Arab revolutions in particular, anything is possible — but for now, the Egyptian regime seems set to end with a whimper, not a bang.

The first step is admitting you have a problem

INTERVIEW How much do you really know about your roommate?

How much does he or she know about you? Relationships between two people who know each other tend to become fragile and volatile when they begin living together. What happens when you have to live with a complete stranger in the strange new land that is college? Suddenly everything is a crapshoot. In theatres nationwide today, The Roommate explores the budding relationship between two strangers, including one who happens to cross the line. 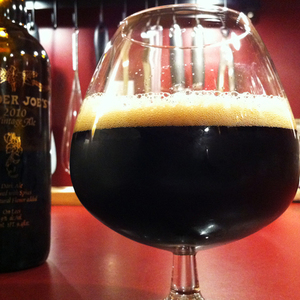 There’s an old tradition that workers at a brewery are freely-able to consume beer when they are thirsty at work: the Sternewirth Privilege. Today, I bring to you a new Sternewirth Privelege — a Tech column which will review beers that should be brought to the attention of the beer-lovers of the MIT community. I also hope to inspire new beer lovers, and expose the world of good beer to those that are sick of the traditional party fare. If you’ve never had a beer before that you’ve enjoyed, it might just be because you’ve never had the right brew for you.

Packers vs. Steelers: Our picks

The Super Bowl is once again upon us, when the collective attention of the nation will be directed towards their TV screens watching the Packers and the Steelers take one another on in Dallas. Who will win? The Tech’s Sports staff weigh in, with bragging rights on the line …

Swim and Dive fall to Amherst

The MIT Swimming and Diving teams took to the pool against Amherst College on Saturday. Despite strong efforts, neither the men’s nor women’s team were able to come away with a victory. The losses were the first of the season for both teams.

Led by Nigel C. Kojimoto ’12 the MIT rifle team finished second out of four squads at the Bean Pot competition held at MIT last weekend. Kojimoto collected the gold medal in the smallbore portion of the event for the highest individual scorer as well as silver in air rifle, as Tech finished just 50 points behind Wentworth Institute of Technology in overall team scoring. 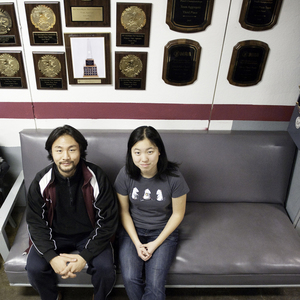 The pistol team was one of the sports that lost its varsity status as a result of budget cuts.
Jeff Guo—The Tech 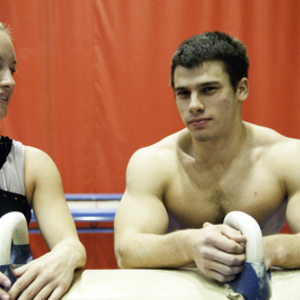 Kristen D. Watkins ’11 and Jacob T. Shapiro ’11 continue to participate in gymnastics at MIT, although it is no longer a varsity sport.
Jeff Guo—The Tech 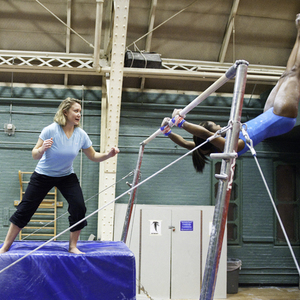 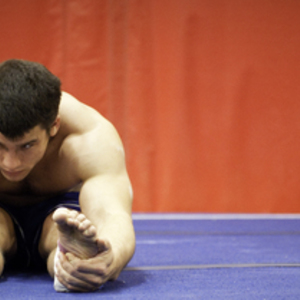 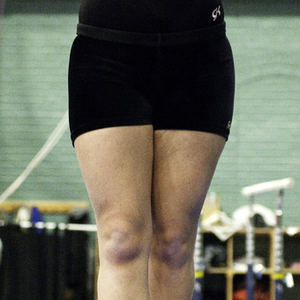 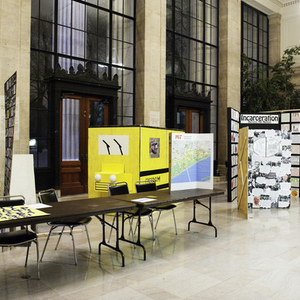 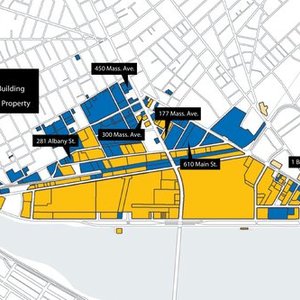 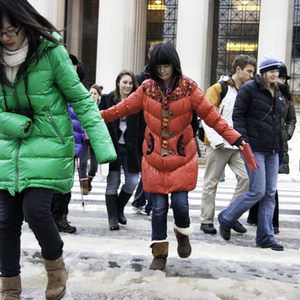 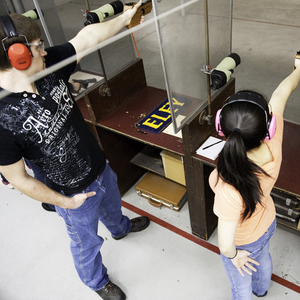 Aeronautics and Astronautics Professor Ian A. Waitz will become MIT’s sixteenth Dean of the School of Engineering on February 7. He succeeds Subra Suresh, whom President Obama nominated to head the National Science Fo...
Sam Range—The Tech