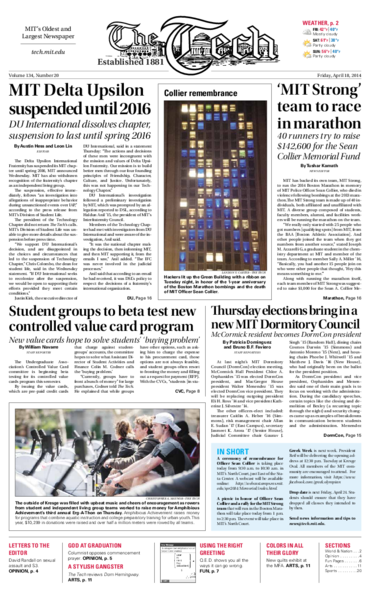 A year after the Boston bombings, a day of tribute

BOSTON - It may be one of the biggest cities in the country, but Boston was a small town on Tuesday as it mourned the losses it suffered in mayhem a year ago and as it honored the sense of community that emerged from the ashes.

MIT has backed its own team, MIT Strong, to run the 2014 Boston Marathon in memory of MIT Police Officer Sean Collier, who died in violence following bombings at the 2013 marathon.The MIT Strong team is made up of 40 individuals, both affiliated and unaffiliated with MIT. A diverse group composed of students, faculty members, alumni, and facilities workers will be running the marathon on the team.

The Delta Upsilon International Fraternity has suspended its MIT chapter until spring 2016, MIT announced Wednesday. MIT has also withdrawn recognition of the fraternity’s chapter as an independent living group.

CORRECTION TO THIS ARTICLE: A previous version of this In Short incorrectly listed drop date. Drop date is on Thursday, April 24.

NEW YORK — A group of Democratic lawmakers from New York City on Wednesday announced a new push to raise the minimum wage for many low-paid workers, calling for a $15-an-hour “fair wage” for employees of McDonald’s and Wal-Mart and other businesses with yearly sales of $50 million or more.

The United Nations appeared to move a step closer on Thursday to holding North Korea’s government accountable for what an investigative panel has called a history of crimes against humanity and egregious human rights abuses, as the Security Council convened a special session to hear the panel’s views on what should be done.

WASHINGTON — Outside political groups, long known for their darkly negative advertisements, are trying something new this campaign season: a pivot to the positive.

One more day of abnormal cold before return to typical April

Bostonian weather took a vigorous ascent from its frigid March into spring-like conditions this early April, culminating at a high of 76°F (24°C) on April 14, after a CPW of wonderful weather. Since the 14th, it has taken a slight dip back down, but today will be the last day of that dip. Tomorrow, expect again highs breaking the 60s Fahrenheit, and a return to partly cloudy skies and occasional April showers.

Study: no evidence of Heartbleed attacks before bug was exposed

SAN FRANCISCO — Ever since the Heartbleed bug was exposed last week, the question everyone has been asking is: Did anyone exploit it before a Google researcher first discovered it?

WASHINGTON — Long before the Energy Department lost $68 million on Abound Solar, a manufacturer that went bankrupt two years ago, it should have known that the company’s chance of repaying the loan it had guaranteed was deteriorating, according to a report by the department’s inspector general.

NEW YORK — The music industry has opened a new front in its war against Pandora Media: royalties for songs made before 1972.

I am responding to the article in the April 15 issue of The Tech by Anonymous, entitled “Punting sexual assault response.” On behalf of all the deans in Student Support Services (S3), I am very sorry that this student’s experience with our office was not a positive one. No one should ever have to experience sexual assault, but if you do, our goal is to do our best to help you get what you need from S3 or other resources on campus. When we make referrals to other offices, we are trying to get you connected to the right person as fast as possible. To be clear, students should absolutely have the choice to talk to their advisors and should also have the choice about whether to visit VPR (Violence Prevention and Response) or any other resource on campus. We are always striving to improve our services, and the reporting of Anonymous’ experience will be reviewed so we can take steps to improve how we communicate with students.

God is at your graduation

Did you know that at your graduation, you will be asked to pray to a god, whether you believe in one or not? Chances are that you didn’t, and that’s the peculiar thing about graduation — you don’t know anything about it until it’s over, and after that you’d be hard-pressed to care. Now, you may recognize there are bigger problems out there, and ask, “Who cares about some words?” 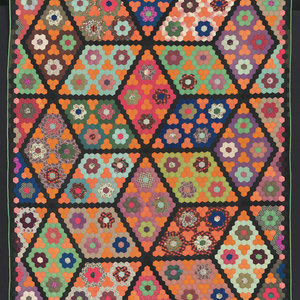 Are quilts fine art or folk art? The exhibit Quilts and Color, currently on display at the Museum of Fine Arts, invites viewers to answer the question for themselves. 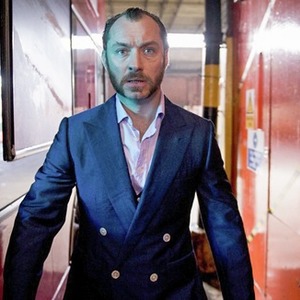 Dom Hemingway, written and directed by Richard Shepard, stars Jude Law as the title character, a career criminal on parole after 12 years in prison. Dom is vengefully determined to claim what he thinks is rightfully his, and heads to the grand French villa of a powerful crime boss (Demián Bichir), hoping for a big payday as remuneration for his years of silence while in prison. Along the way, Dom gets himself in and out of trouble — most of it comical and amusingly mischievous, some of it brutal and truly menacing, and almost all of it involving copious amounts of drink and drugs — before turning his efforts to a reconciliation with his estranged daughter, and perhaps, a slim chance at redemption.

Michael Schumacher: A Formula One legend

In the world of sport, the term “legend” is reserved for an elite group of individuals — sportspeople who have distinguished themselves in ways previously thought unimaginable: Roger Federer for winning 17 singles grand slam titles; Michael Phelps for 18 gold medals at the Olympics; Sachin Tendulkar for hitting 100 centuries through his career; Joe Montana for winning four Super Bowls as the 49ers’ starting quarterback. In the world of motorsport, Michael Schumacher was definitely a “legend.” In an illustrious 19-year racing career, Schumi (as he’s affectionately known) won a record seven championships, a record 91 races, and started the most races ever from pole position. 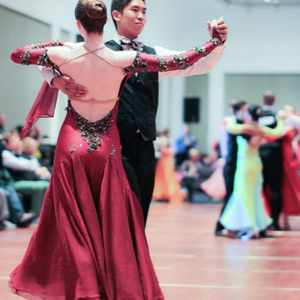 On April 5 and 6, the MIT Ballroom Dance Team (MITBDT) competed at the Harvard Invitational 2014, held at Hynes Convention Center in Boston. One of the biggest collegiate dance competitions of the year, the Harvard Invitational hosted more than 600 competitors from all over the country. Despite the fierce competition, MITBDT dancers brought out their best performances, with more than 20 couples placing in finals across different levels and styles.

Soccer has entered the final stretch all throughout Europe. Some leagues already have a team that has clinched the league title; other leagues are currently witnessing heated races for first place. Teams are trying to collect as many points as possible from their remaining games to finish as high in their league as possible. Players are showcasing their talents with hopes of being selected for their country’s World Cup Squad. 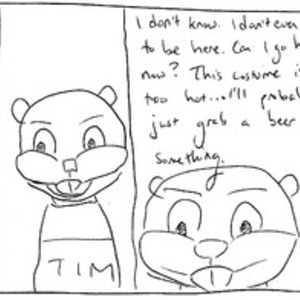 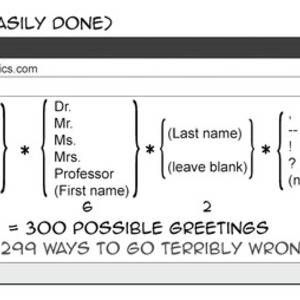 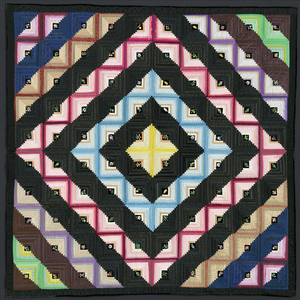 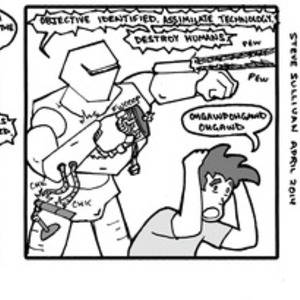 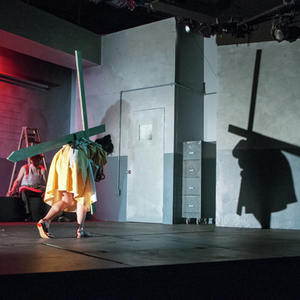 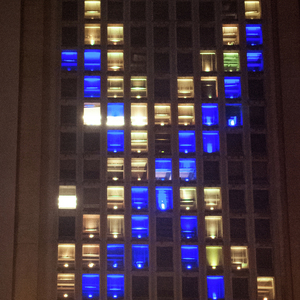 Hackers lit up the Green Building with a ribbon on Tuesday night, in honor of the 1-year anniversary of the Boston Marathon bombings and the death of MIT Officer Sean Collier.
Landon Y. Carter—The Tech 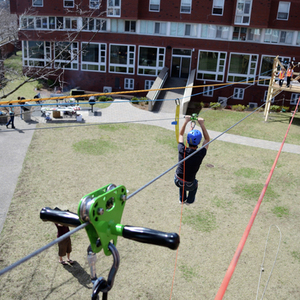 Students of Next House designed and built a 100-foot zip-line for CPW in the Next House courtyard. Riders of the zip-line included prefrosh and undergrads, as well as Chris Colombo, the Dean of Student Life and Next H...
Ryan J. Fish 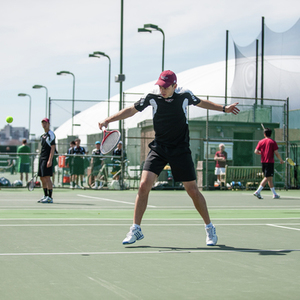 Jeffrey M. Sperling ’15 volleys the ball during a match against Clark University last Saturday. The men’s team defeated Clark 6-3 in its last home event of the season.
Lenny Martinez 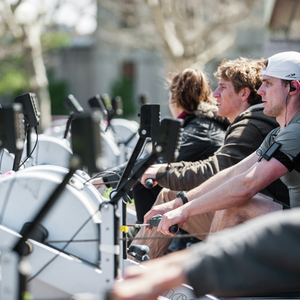 The outside of Kresge was filled with upbeat music and cheers of encouragement as rowers from ​student and independent living group teams worked to raise money for Amphibious Achievement’s third annual Erg-A-Thon on T...
Christopher A. Maynor—The Tech
All Photos From Issue