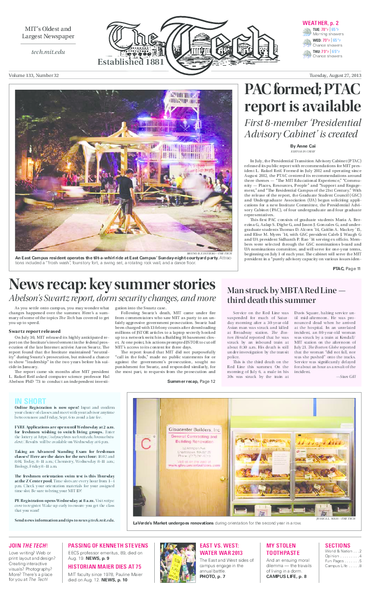 Online Registration is now open! Input and confirm your choice of classes and meet with your advisor anytime between now and Friday, Sept. 6 to avoid a late fee.

Service on the Red Line was suspended for much of Saturday morning after a 30-year-old Asian man was struck and killed at Broadway station. The Boston Herald reported that he was struck by an inbound train at about 8:30 a.m. His death is still under investigation by the transit police.

Kenneth N. Stevens ScD ’52, the Clarence J. LeBel Professor Emeritus of Electrical Engineering and Computer Science at MIT, whose pioneering work at the intersection of engineering and linguistics helped earn him the National Medal of Science, died Aug. 19 in Clackamas, Ore., from complications of Alzheimer’s disease. He was 89.

The eminent historian Pauline R. Maier, whose award-winning books cast new light on Revolutionary-era America and the foundations of U.S. democracy, died Aug. 12 in Cambridge, Mass., after a battle with lung cancer. She was 75.

In July, the Presidential Transition Advisory Cabinet (PTAC) released its public report with recommendations for MIT president L. Rafael Reif. Formed in July 2012 and operating since August 2012, the PTAC centered its recommendations around three themes — “The MIT Educational Experience,” “Community — Places, Resources, People” and “Support and Engagement,” and “The Residential Campus of the 21st Century.” With the release of the report, the Graduate Student Council (GSC) and Undergraduate Association (UA) began soliciting applications for a new Institute Committee, the Presidential Advisory Cabinet (PAC), of four undergraduate and four graduate representatives.

As you settle onto campus, you may wonder what changes happened over the summer. Here’s a summary of some of the topics The Tech has covered to get you up to speed.

Under Obama, little progress on high-level jobs for women

WASHINGTON — Behind the roiling conversation over whether President Barack Obama might make Janet L. Yellen the first female leader of the Federal Reserve is an uncomfortable reality for the White House: the administration has named no more women to high-level executive branch posts than the Clinton administration did almost two decades ago.

TEHRAN, Iran — Until this summer, Mohammad Javad Zarif, one of Iran’s most accomplished diplomats, was an outcast, exiled from the government by ultraconservatives for working too closely with the West. Rather than presenting the Iranian case to the world, as he had done so effectively throughout a 35-year diplomatic career, he was spending his days teaching at the Foreign Ministry’s training center on a quiet, leafy campus in North Tehran.

BERLIN — With Greece and its continuing debt crisis an issue ahead of Germany’s national election next month, the highest-ranking German in the European Central Bank said Monday that Athens could be eligible for additional aid and debt relief next year if it continued to fulfill promises made for assistance it is already receiving.

JINAN, China — Concluding a trial that has riveted China, Bo Xilai, the former elite Communist Party official, attacked elements of the prosecution’s case Monday and said his former top deputy and his wife, both of whom provided evidence against him, had a passionate relationship with each other.

WASHINGTON — Moving a step closer to possible U.S. military action in Syria, a senior Obama administration official said Sunday that there was “very little doubt” that President Bashar Assad’s military forces had used chemical weapons against civilians last week and that a Syrian promise to allow U.N. inspectors access to the site was “too late to be credible”.

WASHINGTON — Unless Congress raises the debt ceiling, the Treasury Department said Monday that it expected to lose the ability to pay all of the government’s bills in mid-October.

Several chances for showers amid sunshine

A series of disturbances will move across southern New England this week, creating an unstable weather pattern for the week of Orientation. Periods of sunshine and warmth will be punctuated by showers and thunderstorms. While no particular day is expected to be rain-out, the chance for occasional showers will persist through Thursday. The most likely times for precipitation will be this morning, Wednesday night, and Thursday afternoon, although there may be a slight chance of showers outside of these times as well.

Of toothpaste, and the arc of the moral universe

Sometime in June, a discovery in Senior House threw me briefly into a personal crisis. Someone had used my toothpaste. 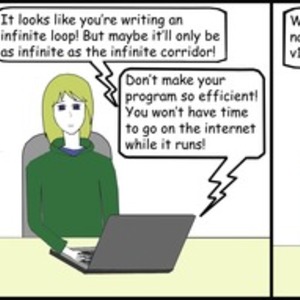 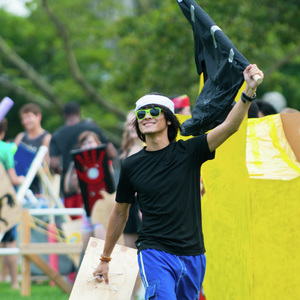 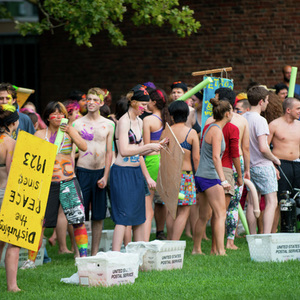 Forces from the East arrive en masse shortly before the beginning of the war, sporting handmade signs and a variety of water-flinging devices.
Jessica L. Wass—The Tech 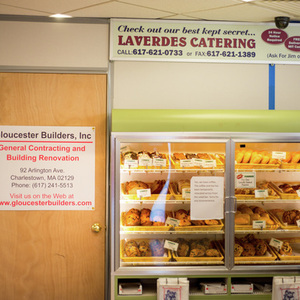 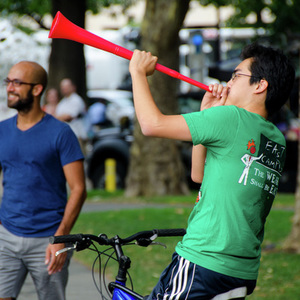 An East Campus resident announces their arrival by blowing a vuvuzela.
Bruno B. F. Faviero—The Tech 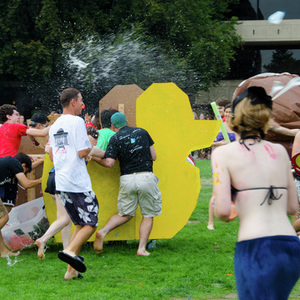 West Campus forces rally behind their wooden duck as they rush the forces from the East.
Bruno B. F. Faviero—The Tech 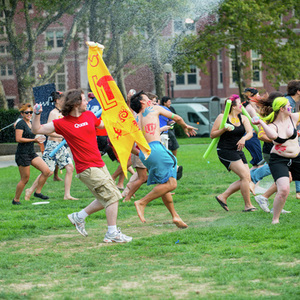 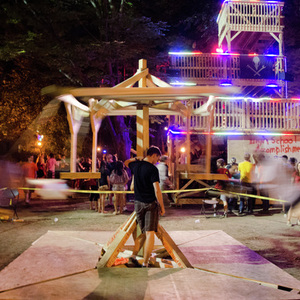