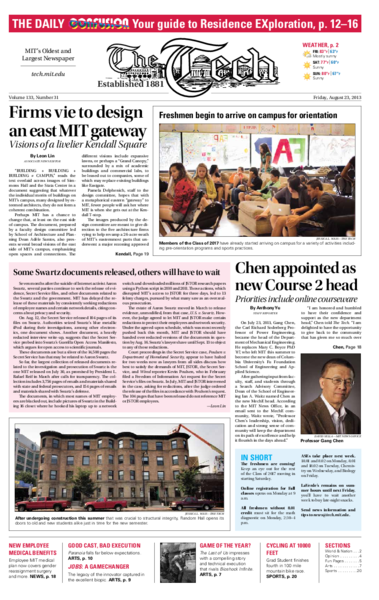 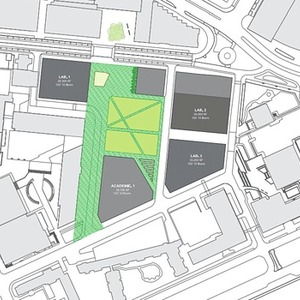 A campus planning group at MIT will work with an urban-design firm this fall to plan the future of MIT's chunk of Kendall Square. The firm will be selected by a group of urban planning professors and executives of MIT and MITIMCo.

The Daily Confusion: Your guide to REX

The freshmen are coming! Keep an eye out for the rest of the Class of 2017 moving in starting Saturday. 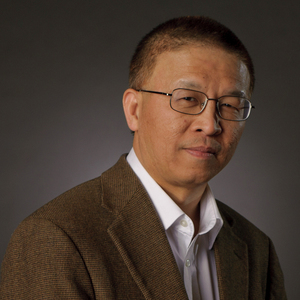 On July 23, 2013, Gang Chen, the Carl Richard Soderberg Professor of Power Engineering, became the head of the Department of Mechanical Engineering. He replaces Mary C. Boyce PhD ’87, who left MIT this summer to become the new dean of Columbia University’s Fu Foundation School of Engineering and Applied Science.

Some Swartz documents released, others will have to wait

Seven months after the suicide of Internet activist Aaron Swartz, several parties continue to seek the release of evidence, Secret Service files, and other documents related to Swartz and the government. MIT has delayed the release of these materials by consistently seeking redactions of employee names and certain network details, citing concerns about privacy and security.

On Tuesday, Jul. 30, MIT Medical announced the addition of two new healthcare benefits to MIT employees who subscribe to an MIT medical plan.

The cold front that passed through our region yesterday has ushered in a high pressure system that will dominate our weather for the next few days. With the high pressure in control, we can expect clear skies, sunshine, and calm winds for the entire weekend. The substantial westerly winds that brought temperatures in the upper 80s °F to Boston earlier this week will now be absent, allowing for the development of a sea breeze. With sea surface temperatures near 70°F in Massachusetts Bay, the sea breeze will work to cool off the Institute, keeping afternoon temperatures around or below 80°F each day. This pattern is expected to continue at least until Monday night, when the next frontal system will begin to approach from the west.

NEW YORK — Trading in a wide array of stocks, including popular ones like Apple and Microsoft, ground to a halt Thursday after a technology problem at the Nasdaq stock exchange. It was the latest prominent disruption in the markets caused by computer glitches.

WASHINGTON — A fierce legal battle that pits financial firms against the retail industry took a new turn Wednesday when the Federal Reserve said it would appeal a recent decision involving debit-card transaction fees.

President Barack Obama plans to announce on Thursday a set of ambitious proposals aimed at making colleges more accountable and affordable by rating them and ultimately linking those ratings to financial aid.

FORT MEADE, Md. — A military judge sentenced Pfc. Bradley Manning on Wednesday to 35 years in prison for providing more than 700,000 government files to WikiLeaks, a gigantic leak that lifted the veil on U.S. military and diplomatic activities around the world.

WASHINGTON - The Obama administration on Thursday escalated its efforts to restore a stronger federal role in protecting minority voters in Texas after the Supreme Court’s June ruling striking down part of the Voting Rights Act, announcing that the Justice Department would become a plaintiff in two lawsuits against the state.

HONG KONG - An early reading Thursday of a closely watched survey of manufacturing-sector activity provided the latest indication that China’s economy had bottomed out after many months of slowing growth. 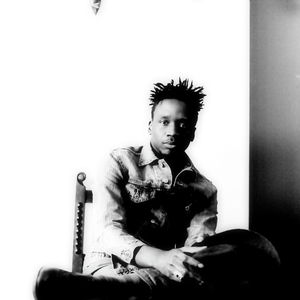 Born and raised in Ghana, Kae Sun moved to Canada when he was just a teen. Entering the music scene as a student in Hamilton was never an intentional decision for him, but that initial spontaneity has evolved into a promising music career, with two full-length albums released and an ongoing tour. 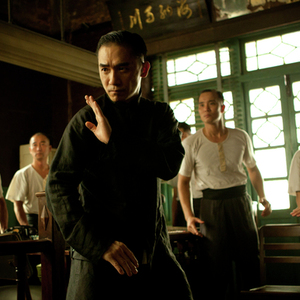 Portrait of the master as a young man

Ip Man, the legendary martial arts master that popularized the wing chun style of kung fu and mentored Bruce Lee as a child, has been the subject of several biopics before. The two directed by Herman Yau, Ip Man: The Legend is Born (2010), didn’t make much noise on this side of the world; its continuation, Ip Man: The Final Fight (2013), will be released next month. The two directed by Wilson Yip, with a serene and solid Donnie Yen in the main role, Ip Man (2010) and Ip Man 2: Legend of the Grandmaster (2011), were warmly received by the public and critics alike. With these still warm from the oven, we are presented with yet another take on the life of the master. Written, directed and produced by Wong Kar Wai, The Grandmaster (2013) is an artistic retelling of the already familiar story, with familiar faces in the main roles: Tony Leung (Hero; Lust, Caution; Red Cliff) plays Ip Man, and Ziyi Zhang, (Crouching Tiger, Hidden Dragon; House of Flying Daggers; Hero) plays Gong Er, his fierce antagonist and platonic love interest. 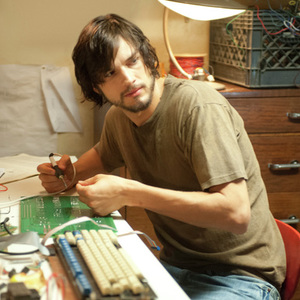 The first feature-length biopic about Steve Jobs, the iconic entrepreneur of our times, hit the theatres last week. While the movie comes out a year and a half later than the approved Steve Jobs biography by Walter Isaacson, it is not, in fact, an adaptation of the book. Director Joshua Michael Stern managed to beat the establishment by releasing his own emotional tribute to the creator of Apple computers, an ingenious movie that strays from your typical boring biopic, both in content and in the manner of presentation. The intense criticism that this movie met recently left me very disappointed, as it was clear that neither the critics nor the audience truly got it; most people seemed to get bogged down disputing the factual accuracy of scenes and individual lines, or the prominence of various characters, while ignoring the artistic merits of the movie itself. This movie is a compelling, thought-provoking drama, full of nuance. Akin to Steve Jobs, it challenges the biopic genre, going further on innovation and originality. Whether you’re a Steve Jobs worshiper or not, an Apple fan or a Linux nerd, this movie is a must see. 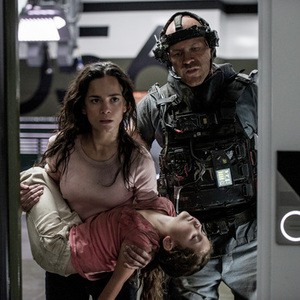 This ain’t no District 9

Neill Blomkamp’s 2009 cinematic debut, District 9, took the world by surprise. I, for one, was blow out of my socks by the crispness and realism of the special effects that this young director managed to conjure, and by the originality and the depth — nay, the poetry — of the story he had written. It remains one of my favorite sci-fi movies of all time, and I can’t wait for the sequel, District 10. But with Elysium, Blomkamp has committed the same sin of his godfather, Peter Jackson, who followed the triumph of his filmmaking career, The Return of the King, with the painfully vacuous King Kong: letting ego and ambition get in the way of artistic integrity, and failing to see that a story — even one from his own pen — can be cheesy and unworthy of being made into a film. 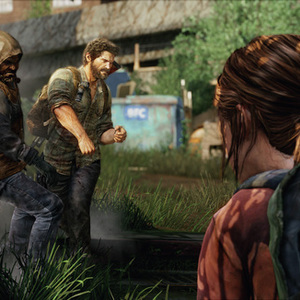 Potentially Game of the Year

There’s a feeling in the pit of my stomach when I reach the end of a really good book. It’s hard for me to describe it to another person unless they too have felt it before — it’s like emptiness, a dull pain, a longing for the story to continue. It’s a shock to the system, a natural psychological response to having the environment and characters that you’ve immersed yourself in suddenly ripped away. It’s an absolutely horrible sensation and if, in the future, I forbid my children from going to school and decide that they should remain illiterate for all of their days, you won’t have to look further than this paragraph to know my motive. 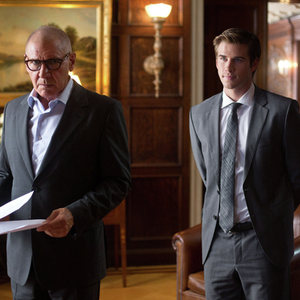 You know the plot; you’ve seen every twist before

I have a feeling that Robert Luketic, the director of Paranoia, may be feeling a bit paranoid himself lately, after his movie was mauled mercilessly by the critics. You know you are not bound for the Oscars when your Rotten Tomatoes score is lower than that of The Adventures of Pluto Nash. I will grant Luketic this much: there is nothing grotesquely bad about Paranoia. Unfortunately, there is nothing good about it either. And this may be his sin: we were expecting something, a saving grace. When you have Harrison Ford and Gary Oldman in the cast, and build anticipation by — as I heard — multiple postponed release dates, great expectations are created. 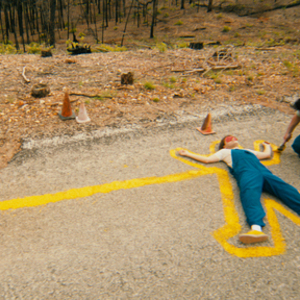 Prince Avalanche was shot in secret, at the request of director David Gordon Green who wanted to return to his roots in independent film after making his last three works with major film studios (Pineapple Express, Your Highness, Eastbound &amp; Down). But, he went too far. Prince Avalanche felt like a graduate film student thesis, with unnecessarily long scenes and increasingly portentous music accompanying events that lead nowhere, or were just arbitrary. 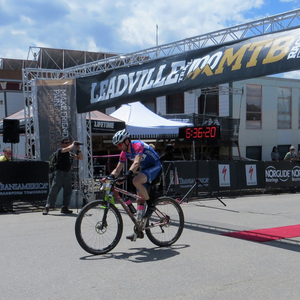 Preparing to race for a 100-mile mountain bike race is tough enough, but preparing to race at high altitudes is another challenge altogether. Cameron Valier Cogburn G qualified to race in the Leadville MTB (Moutain Bike) 100 by winning the Wilmington Whiteface 100 in New York State earlier this year. As a National Collegiate winner of the Division II Men’s Road Race and winner of the Mt. Hood Cycling Classic bike races, Cameron faced the challenge of racing at ten to twelve thousand feet for 100 miles. 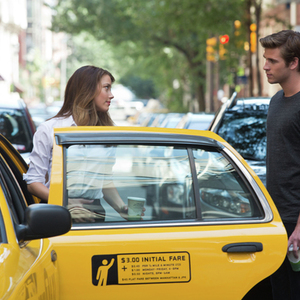 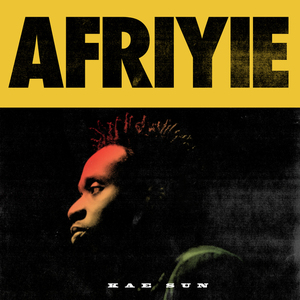 With the land rough and ammo rare, Joel often has to let his hands to the talking.
Courtesy of Naughty Dog

One of the visions for the future of east campus. Several labs and an academic building overlook a “Grand Lawn” in this design.
East Campus/MIT Gateway Design Committee 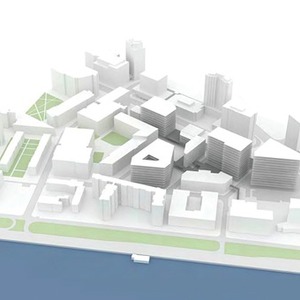 One of the visions for the future of east campus. In this design, buildings appear to be connected by ground-level roofed walkways, a conceptual extension of the Infinite Corridor.
East Campus/MIT Gateway Design Committee 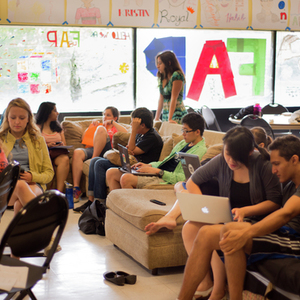 Members of the Class of 2017 have already started arriving on campus for a variety of activities including pre-orientation programs and sports practices.
Jessica L. Wass—The Tech 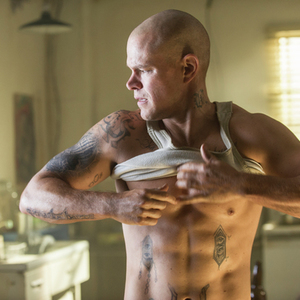 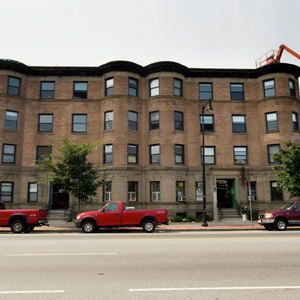 After undergoing construction this summer that was crucial to structural integrity, Random Hall opens its doors to old and new students alike just in time for the new semester.
Jessica L. Wass—The Tech 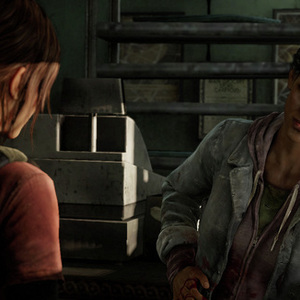 Many of the people players meet are morally gray, desperate, or have gunshot wounds. Marlene, leader of a rebel group, is a trifecta. She gives Ellie a stern glare as she instructs her to travel with Joel.
Courtesy of Naughty Dog 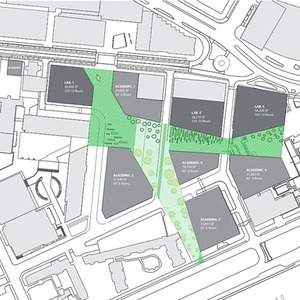 One of the visions for the future of east campus. The Design Committee’s “Strategy 2A-Gateway as a Network” appears to replace Eastgate, which provides housing for graduate families, with a lab building.
East Campus/MIT Gateway Design Committee
All Photos From Issue