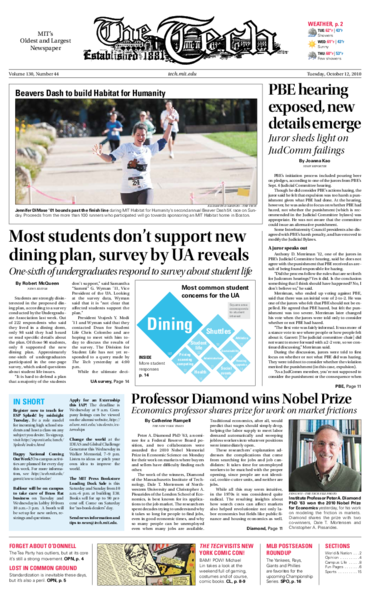 In LA, food truck fad is about to go mainstream

LOS ANGELES — This is the place where food trucks really first took to the streets, catering to fanatical customers who relished — along with the food — the renegade and slightly outlaw nature of the whole business.

PBE’s initiation process included pouring beer on pledges, according to one of the jurors from PBE’s Sept. 6 Judicial Committee hearing. 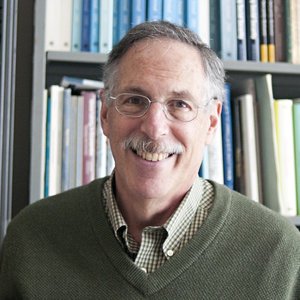 Peter A. Diamond PhD ’63, a nominee for a Federal Reserve Board position, and two collaborators were awarded the 2010 Nobel Memorial Prize in Economic Science on Monday for their work on markets where buyers and sellers have difficulty finding each other. 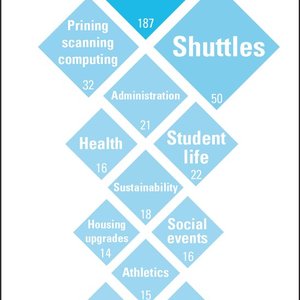 Students are strongly disinterested in the proposed dining plan, according to a survey conducted by the Undergraduate Association last week. Out of 222 respondents who said they lived in a dining dorm, only 98 said they had heard or read specific details about the plan. Of those 98 students, only 8 supported the new dining plan. Approximately one-sixth of undergraduates participated in the one-page survey, which asked questions about student life issues.

The American Future Fund, a conservative organization based in Iowa, has been one of the more active players in this fall’s campaigns, spending millions of dollars on ads attacking Democrats. It has not hesitated to take credit for its attacks, issuing news releases with headlines like “AFF Launches TV Ads in 13 States Targeting Liberal Politicians.”

In California, marijuana is now an art patron

SANTA ROSA, Calif. — Nonprofit arts groups tend to spend much of their time scrounging for grants and praying for corporate largesse. But one art foundation taking shape on 120 acres in the high oak chaparral of Sonoma County has different kinds of worries these days: spider mites, bud rot and the occasional low-flying surveillance visit from the local Sheriff’s Office.

<i>MOSCOW</i><i> — </i>The Russian nuclear industry has profited handsomely from building reactors in developing countries, including India, China and Iran. Now it is testing the prospect of becoming a major supplier to the European Union, too.

NEW YORK — Despite an uproar over his remarks about gays Sunday, Carl P. Paladino appeared on national television Monday and expressed revulsion at gay pride parades.

KABUL, Afghanistan — As a U.S. military patrol walked through a rural, Taliban-dominated district of Kandahar province recently, a man wearing local clothes came toward them shouting, “Don’t shoot, I am an American!”

JERUSALEM — An offer Monday by Prime Minister Benjamin Netanyahu of Israel to freeze West Bank Jewish settlements in exchange for Palestinian recognition of Israel as a Jewish state — instantly rejected by the Palestinians — was the latest complex maneuver engendering debate about his intentions.

<i>WASHINGTON</i><i> — </i>The Obama administration said Monday that it would ask the lame-duck Congress next month to approve a $50 billion down payment on his long-range initiative to improve the nation’s roads, railways and air systems and to find savings to offset that cost, suggesting a new urgency to create jobs after last week’s disappointing unemployment report.

The picture-perfect weather from the three-day weekend will transition to more cloudy conditions and some rain. The precipitation, however, should be fairly light and will only last during the daylight hours today. Highs will also be slightly cooler compared to the weekend (lower 60s°F). The weak low pressure responsible for the rain will clear the area by tonight, giving way to beautiful conditions once again for the middle of the week. Winds should also remain fairly light, allowing for rapid cooling during Tues/Wed nights. After Thursday, the weather gets interesting as current weather models predict a strong low pressure passing near New England on Friday. Currently, it’s unclear whether or not this projected storm will develop into a nor’easter, but it will likely bring rain and gusty winds by the start of next weekend. Stay tuned!

The world’s imperceptible slide towards standardization

I’ve now spent two months seeing gas priced per gallon and I still can’t tell whether it’s good value compared to back home. You tell me that it is 70 degrees outside and I agree that what you say seems plausible — I’ve realized that you are talking the Fahrenheit language. I suppose I’m lucky here in the States, coming from an English speaking country, that communication is somewhat easier for me than for those who have learned the language at a later stage of life. And often, when I see others or when I find myself lost in translation, I ask, will mankind ever standardize communication?

I am writing to clarify several assertions in the opinion piece by Ryan Normandin, published on October 5, 2010.

With all five runners among the top 100, the nationally ranked No. 9 MIT women’s cross country team finished 12th as a team at the NEICAAA championship on Saturday afternoon at Franklin Park. Katherine Eve led the way for the Engineers, who were third among all Division III squads in the multi-divisional meet with a total of 348 points.

MLB Division Series to wrap up this week

<i>Editor’s Note: This piece was submitted on Sunday, before the results of the series were known. All standings are accurate as of 10/10.</i> 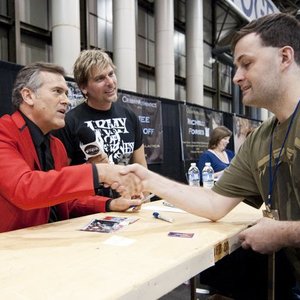 The New York Comic Con drew thousands of fans of nerd/geek culture in all 31 flavors to the Jacob K. Javits Convention Center in Manhattan last weekend. The largest such convention on the East Coast, the NYCC this year shared space with the New York Anime Festival, making the attendance even larger and more diverse. The guest of honor for this year’s NYCC was Marvel Comics titan Stan Lee, while Japanese voice actress and singer Minori Chihara was the guest of honor for the NYAF. 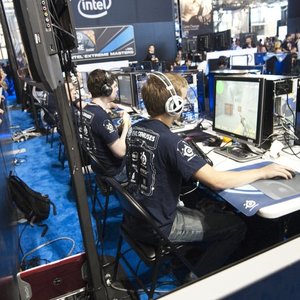 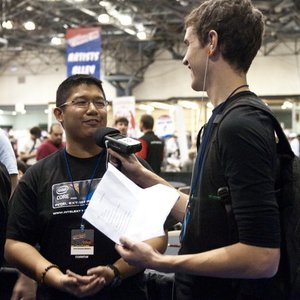 A TEAMLIQUID.NET STAFF MEMBER INTERVIEWS “THEGUNRUN” FOR HFGL.TV’S STARCRAFT 2 ONLINE STREAM. THEGUNRUN IS ONE OF THE TWO CO-CASTERS FOR THE INTEL EXTREME MASTERS STARCRAFT 2 AMERICAN CHAMPIONSHIP FINALS TOURNAMENT HE... 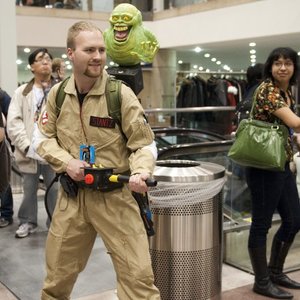 FOR MANY COSPLAYERS, IT’S THE LITTLE TOUCHES, LIKE AN INCOMING ACT OF SLIMING, THAT COMPLETE A SUCCESSFUL COSTUME. 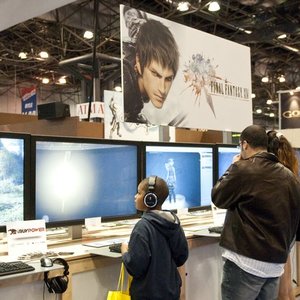 MANY GAME DEVELOPERS SHOWED OFF THEIR HIGHLY ANTICIPATED GAMES AT NEW YORK COMIC CON 2010. GAMERS WERE EAGER TO PLAY TITLES SUCH AS FINAL FANTASY XIV, BLOOD STONE 007, AND MARVEL VS. CAPCOM 3. 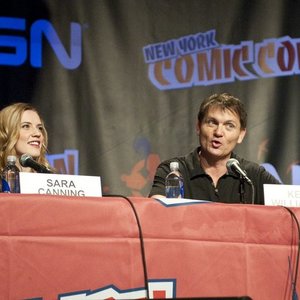 Most common student concerns for the UA. Square area corresponds to student interest. Numbers refer to quantity of student references to the issue in the survey results
Connor Kirschbaum—The Tech 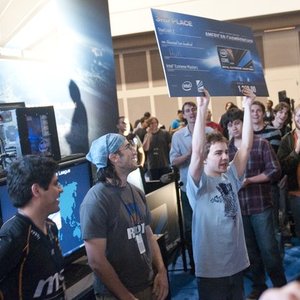 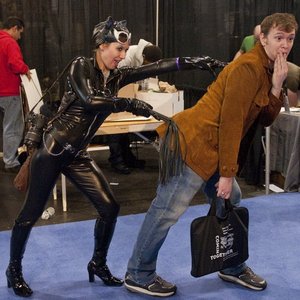 COSPLAYERS ARE AN ESSENTIAL PART OF ANY ANIME OR COMIC BOOK CONVENTION. NEW YORK COMIC CON 2010 WAS NO EXCEPTION. 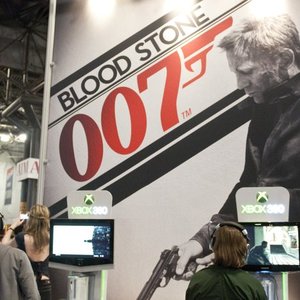 ON THE CROWDED SHOW FLOOR, LARGE DISPLAYS ARE KEY TO ATTRACTING THE ATTENTION OF PASSERSBY. 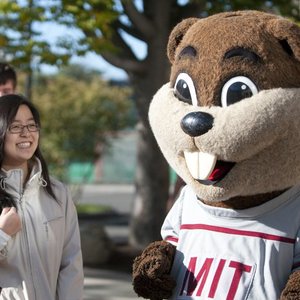 Tim the Beaver himself showed up to help support the cause. The race raised over $3,000 for a habitat home in Boston.
Elizabeth D’Arienzo—The Tech 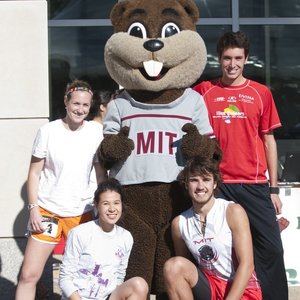 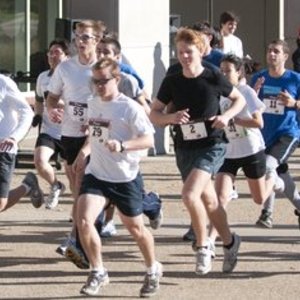 Runners in the Beaver Dash begin their race at 9 a.m. on Sunday morning.
ELizabeth D’Arienzo—The Tech 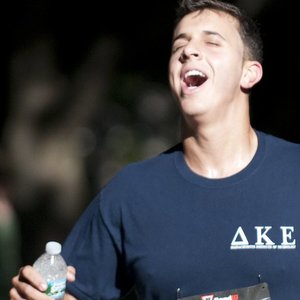 Edan Krolewicz ’12 enjoys a refreshing sip of water more than a mile into the race.
Elizabeth D’Arienzo—The Tech 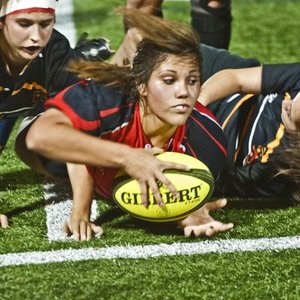 Forward Captain Marisa “Hot Sauce” Jasso ’13 (wearing red) scores a try for the Engineers in their match against Wentworth Institute of Technology in last Friday’s game. The Engineers, who won the national championshi...
Sarang Kulkarni—The Tech 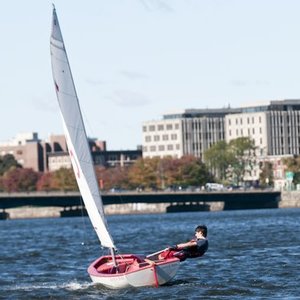 Neil T. Forrester ’12 steadies his boat during the 18th Annual Brass Rat Regatta on Saturday morning. Over 30 current and former members of MIT Sailing showed up for the race.
David Chen—The Tech 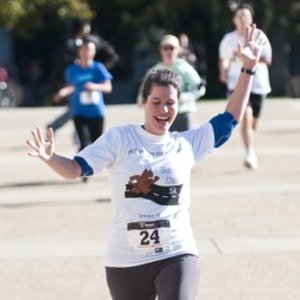 Jennifer DiMase ’01 bounds past the finish line during MIT Habitat for Humanity’s second annual Beaver Dash 5K race on Sunday. Proceeds from the more than 100 runners who participated will go towards sponsoring an MIT...
Elizabeth D’Arienzo—The Tech 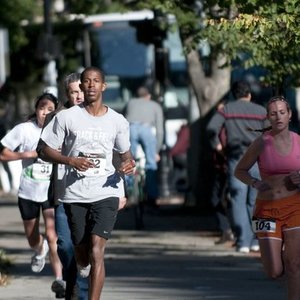