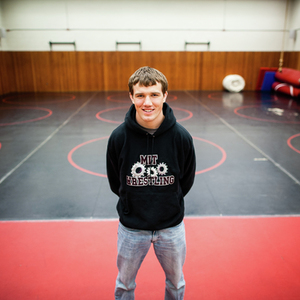 Ryan J. Madson ’13, co-captain of the MIT Wrestling team, made program history this season, becoming the first four-time All-American for MIT. He is currently ranked third overall in the National Collegiate Wrestling Association’s (NCWA) rankings, finishing seasons in fourth place as a freshman, second as a sophomore, third as a junior, and fourth in his final season.

With all of the drama and lack of a permanent conductor at the BSO, the orchestra found an opportunity to do something completely out of the ordinary for their concert series from January 21–24. The entire first half of the program consisted of different sections of the orchestra performing pieces for chamber-size groups — without a conductor. A conductor was eventually contracted for the second half of the concert and worked with the orchestra for the week leading up to the first performance. The second half of the concert featured Stravinsky’s The Rite of Spring, one of the most controversial yet brilliant pieces of repertoire in classical music. 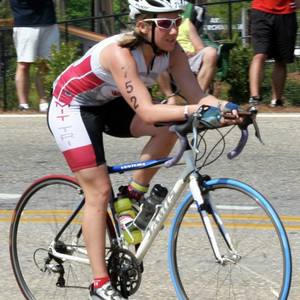 Shaena R. Berlin ’13, a sophomore in Course 12, spends on average 15–20 hours per week training. As a member of the MIT Cycling team and the MIT Triathlon team, she spends most of her time training on her bike. Hailing from Jackson, Wyo., she was an active member of the cross-country and Nordic skiing teams in high school.

MLB Division Series to wrap up this week

<i>Editor’s Note: This piece was submitted on Sunday, before the results of the series were known. All standings are accurate as of 10/10.</i>

Last week, graduate student Gwendolyn A. Sisto G won a silver medal representing MIT at the National Collegiate Championships for Olympic weightlifting. Sanctioned by USA Weightlifting, a member of the United States Olympic Committee, the competition featured college students from across the country competing for a medal and a spot on Team USA.