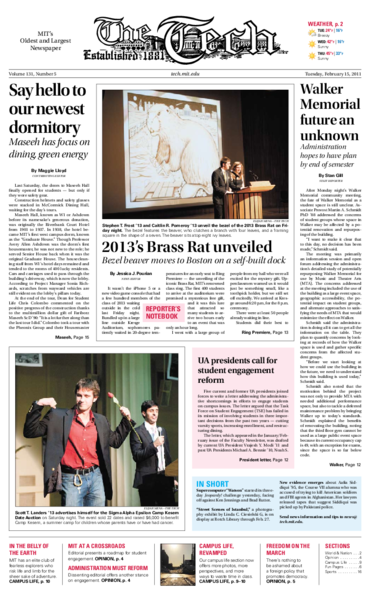 Say hello to our newest dormitory

Last Saturday, the doors to Maseeh Hall finally opened for students — but only if they wore safety gear.

Five current and former UA presidents joined forces to write a letter addressing the administrative shortcomings in efforts to engage students on campus issues. The letter argued that the Task Force on Student Engagement (TSE) has failed in its mission of involving students in three important decisions from the past two years — cutting varsity sports, increasing enrollment, and restructuring dining.

After Monday night’s Walker Memorial community meeting, the fate of Walker Memorial as a student space is still unclear. Associate Provost Martin A. Schmidt PhD ’88 addressed the concerns of student groups whose space in Walker may be affected by a potential renovation and repurposing of the building.

CARACAS, Venezuela — A judge in a tiny courtroom in the Ecuadorean Amazon ruled Monday that the oil giant Chevron was responsible for polluting remote tracts of Ecuadorean jungle and ordered the company to pay more than $9 billion in damages, one of the largest environmental awards ever. 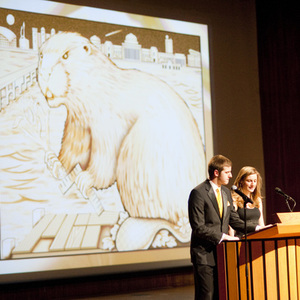 It wasn’t the iPhone 5 or a new video game console that had a few hundred members of the class of 2013 waiting outside in the cold last Friday night. Bundled up in a large line outside Kresge Auditorium, sophomores patiently waited in 20-degree temperatures for an early seat to Ring Premiere — the unveiling of the iconic Brass Rat, MIT’s renowned class ring. The first 400 students to arrive at the auditorium were promised a mysterious free gift, and it was this lure that attracted so many students to arrive two hours early to an event that was only an hour long.

In December, a fake news release was sent out by a group claiming to be Koch Industries, the oil processing company owned by Charles D.G. Koch ’57 and David H. Koch ’62, the Republican donors, arts benefactors and global warming skeptics.

Hundreds of riot police officers in Iran beat protesters and fired tear gas Monday to contain the most significant street protests since the end of the 2009 uprising there, as security forces around the region moved — sometimes brutally — to prevent new unrest in sympathy with the opposition victory in Egypt.

PARIS — Developed economies still recovering from the financial crisis are looking for ways to regain momentum as the global economy shifts in favor of China and other emerging markets.

With $9 billion in cuts, Gates sees crisis in military budget

WASHINGTON — Even as the Obama administration on Monday rolled out its budget for 2012, Defense Secretary Robert M. Gates was dueling with Congress over military spending for this year, saying the Pentagon cannot do its job with cuts of more than $9 billion.

New system to add internet addresses as numbers run out

Who could have guessed that 4.3 billion Internet connections wouldn’t be enough?

WASHINGTON — The House on Monday voted to reauthorize and extend through Dec. 8 three ways in which Congress expanded the FBI’s counterterrorism powers after the terrorist attacks of Sept. 11, 2001.

President Barack Obama proposed a 2012 Department of Education budget Tuesday that would, if approved, significantly increase federal spending for public schools, and maintain the maximum Pell grant — the cornerstone financial-aid program — at $5,550 per college student. 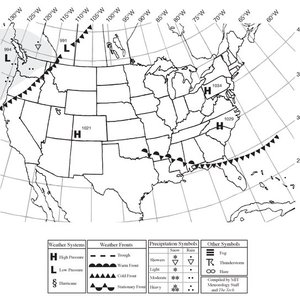 Perhaps Punxsutawney Phil was right on Groundhog Day when he predicted an early end to winter this year. Since Feb. 2, there has been no accumulating snowfall in Boston, and about 10 inches of existing snow cover has melted away. Additionally, this week will feature some of the highest temperatures of the year so far. Yesterday’s high temperature of 56°F was our highest recorded temperature since Jan. 1, and temperatures could reach the 50s once again by the end of the week.

While we agree with the basic premise of the above editorial — that the relationship between administrators and students has reached a low point — we differ with placing equal fault for the problem on students. Compared to the countless missteps in communication and access committed especially by the Division of Student Life, student leaders have been proactive and reasonable in attempting to engage with the administration, outlining time and again their desire for a more constructive relationship. Years after years of students have voiced their grievances about poor transparency and limited student involvement in decisions with important implications on student life. It’s now time for the administration to extend their hand.

MIT needs to take a step back and take a look around. When it comes to student-administration interactions, we’re in a bad spot. Students have a deep mistrust of many elements of the administration, and the administration has found it extraordinarily difficult to successfully communicate with students about their motivations for student life policy changes. Both groups are talking, but the other side doesn’t understand.

Freedom on the march

For the past four years, Fukuyama-style neoconservatives such as myself have grimly born witness as, around the world, the lights of liberty and freedom grew dim or were snuffed out. Bush, chastened by his failed Social Security reform, Hurricane Katrina, and a midterm defeat, gave up his freedom agenda. Obama, more eager to extend an open hand to dictators than wrest them from power, similarly demurred. And so we stood by, outraged but helpless, as Hugo Chavez solidified his dictatorship in Venezuela; as Cuba’s despotism positioned itself to outlive its founder; as Russia backslid into authoritarianism; as much of Eastern Europe began its descent into autocracy; as Bush’s mismanagement of Iraq and Obama’s incomprehensible tolerance for election rigging in Afghanistan dashed our hopes for democratic reform; as the toeholds of Arab liberty in Lebanon and Palestine grew more tenuous; as Iran brutally suppressed the democratic urges of its people; and as Mexico, Honduras, Nicaragua, Mauritania, Niger, Ethiopia, Madagascar, Burundi, and Sri Lanka, amid recession and instability, became significantly less free.

Oh, when the Saints …

Editor’s note: This is a continuation of a Feb. 1 column on the most memorable sports moments of 2010.

Taking on Div. I at BU

The MIT Women’s Track and Field team was back in action at Boston University for the second time in three weeks, and the Engineers were once again up to the challenge of competing with some of the top athletes in New England, including a number of Division I competitors. The Engineers achieved seven different NCAA-level performances while narrowly missing a few more in its final weekend of competition before the Division III New England Championship.

I remember the days when Valentine’s Day consisted of writing everybody in my third grade class a “Spiderman Valentine” that said things along the lines of, “you’ve got my spidey senses tingling” and “thanks for sharing your PB&amp;J sandwich.” The more special friends got an extra Hershey’s Kiss, while the people I couldn’t stand got Laffy Taffy. There was no heartbreak involved — only trading of candies if you didn’t like the flavor or type you received from someone. If only Valentine’s Day were so simple now.

Tired of the daily grind, the salt-crusted asphalt, the grey sky above? Feel the itch to explore places unknown? Or perhaps you’ve conquered the gym’s rock wall and are looking for another challenge? A cave could be the place for you. See waterfalls, exotic wildlife, and nature’s rock sculptures, all underneath your very feet. 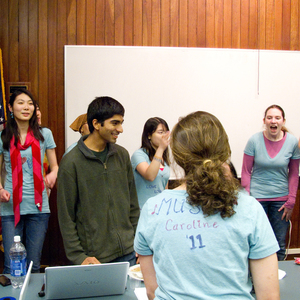 UA President Vrajesh Y. Modi ’11 is serenaded by the MIT Muses prior to the Valentine’s Day UA Senate meeting. The Logarhythms and the Muses both sell Valentine’s Day serenades each year.
John A. Hawkinson—The Tech 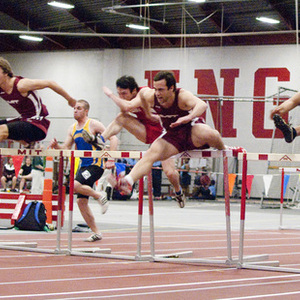 Andrew J. Musacchio ’11 and Brent M. Johnson ’14 lead the pack over the second hurdle during the men’s 55 meter hurdles race at the MIT Coed Invitational Track and Field meet on Saturday. Musacchio held on to grab fir...
Turner Bohlen—The Tech

Stephen T. Frost ’13 and Caitlin R. Pomeroy ’13 unveil the bezel of the 2013 Brass Rat on Friday night. The bezel features the beaver, who clutches a branch with four leaves, and a framing square in the shape of a sev...
Elijah Mena—The Tech 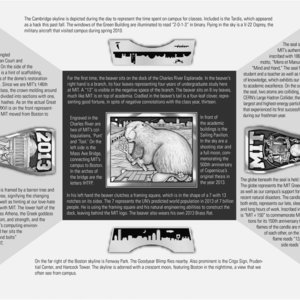 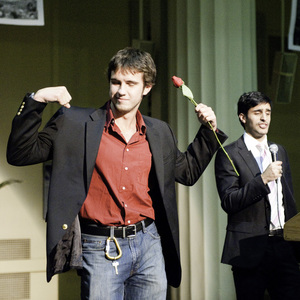 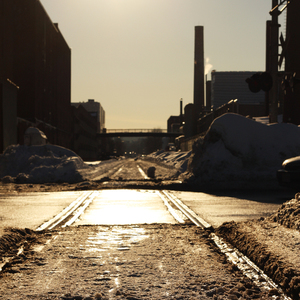 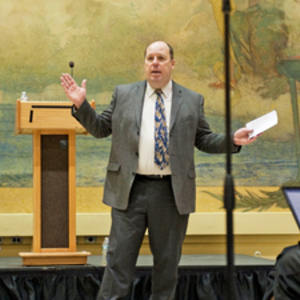 Associate Provost Martin A. Schmidt PhD ’88 speaks to Walker Memorial groups about the process for deciding whether Music and Theatre Arts will move into the building, and how students will be affected.
Meng Heng Touch—The Tech 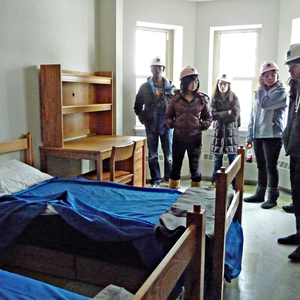 Students were shown a furnished double in Maseeh during the tours on Saturday. The dorm contains 166 doubles, 19 triples, and 77 singles. The rooms have tile floors, and hallways will be carpeted.
Joanna Kao—The Tech
All Photos From Issue