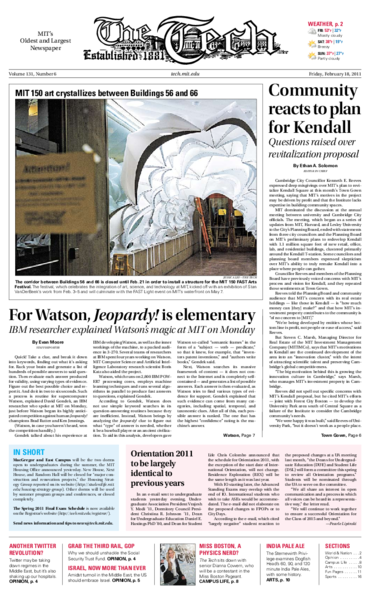 After months of internal wrangling and confusion over an ambitious nationwide program allowing state and local police agencies to identify immigrants with criminal records, Obama administration immigration officials have decided to take a hard line against communities that try to delay or cancel their participation in the program, according to documents made public late Wednesday.

When talking to patients about a rare type of cancer linked to breast implants, plastic surgeons should call it “a condition” and avoid using the words cancer, tumor, disease or malignancy, the president of the American Society of Plastic Surgeons advised members during an online seminar on Feb. 3.

Zynga, the company behind many of the Web’s most viral games, is in advanced discussions on an investment that would value the company at nearly $10 billion and could pave the way for an initial public offering next year.

Community reacts to plan for Kendall

Cambridge City Councillor Kenneth E. Reeves expressed deep misgivings over MIT’s plan to revitalize Kendall Square at this month’s Town Gown meeting, saying that MIT’s motives in the project may be driven by profit and that the Institute lacks expertise in building community spaces.

For Watson, Jeopardy! is elementary

Quick! Take a clue, and break it down into keywords, finding out what it’s asking for. Rack your brain and generate a list of hundreds of possible answers to said question. Then evaluate each answer produced for validity, using varying types of evidence. Figure out the best possible choice and report it. And do it in two to six seconds. Such a process is routine for supercomputer Watson, explained David Gondek, an IBM researcher who spoke at MIT on Monday, just before Watson began its highly anticipated competition against human Jeopardy! champions Brad Rutter and Ken Jennings.

Orientation 2011 to be largely identical to previous years

In an e-mail sent to undergraduate students yesterday evening, Undergraduate Association President Vrajesh Y. Modi ’11, Dormitory Council President Christina R. Johnson ’11, Dean for Undergraduate Education Daniel E. Hastings PhD ’80, and Dean for Student Life Chris Colombo announced that the schedule for Orientation 2011, with the exception of the start date of International Orientation, will not change. Residence Exploration (REX) will be the same length as it was last year.

WASHINGTON — The last speaker was Rep. Steve Southerland, freshman lawmaker from Florida, and so he dug deep. Drawing on the two things that propel him through each day — his experience as funeral home operator, and his general loathing of all things Washington — Southerland politely lit into Republican House leaders one day last week, explaining that he had not come to Washington to whack the federal budget this year by one dollar less than the $100 billion he had pledged to cut in his campaign.

A main leader of Iran’s opposition was reported missing on Thursday and both the opposition “green movement” and Iran’s hardliners issued calls for street rallies, escalating tensions after the re-emergence of street protests and their brutal suppression on Monday.

Almost unnoticed in the wars over the federal budget has been a pitched battle over funding for Planned Parenthood, which provides contraception, medical services and abortions at 800 clinics around the country.

Despite combustible conditions,  no unrest yet In Uganda

KAMPALA, Uganda — Fresh from fighting in the bush, Uganda’s president, Yoweri Museveni, a former rebel commander, electrified the crowd at his inaugural address in 1986 when he declared that “the problems of Africa, and Uganda in particular, are caused by leaders who overstay in power.”

SAN FRANCISCO — Apple has been exploring ways to broaden the appeal of the iPhone by making the popular device less expensive and allowing users to control it with voice commands.

LONDON — The British government on Thursday introduced legislation meant to simplify and reduce the cost of the country’s welfare system, saying that it wanted to change a culture in which welfare recipients risked losing income if they found jobs. 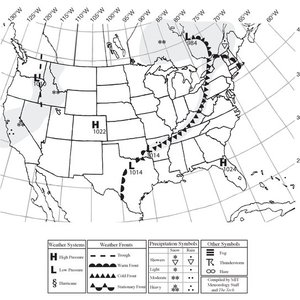 For the last several days, we have been experiencing temperatures in the 50°Fs, tricking us into thinking that spring has arrived. Yesterday it reached 59°F at Logan Airport, just shy of the 61°F record high. Warm temperatures will persist today thanks to a high pressure system in the Atlantic that is spinning warm air our way. However, the rest of the weekend will feature a return to normal conditions, with high temperatures in the upper 30°Fs. A cold front will pass through tonight, but a lack of moisture associated with it means any precipitation will be minimal. Saturday and Sunday will be partly cloudy with blustery conditions that will make it feel quite cold compared with yesterday and today, especially on Saturday, when gusts of up to 45 mph are possible. For our day off on Monday for President’s Day, a low pressure system will bring the possibility of a wintry mix of precipitation.

Last year, the Social Security Trust Fund paid out more than it received in tax revenue. By 2039, the Congressional Budget Office projects that the trust fund will be exhausted, at which point either benefits will have to be cut by 20 percent or taxes increased by 25 percent.

America: Align yourself with your strategic allies

America is confronting significant challenges and turmoil at home and abroad, including severe partisan tensions domestically, collapsed governments and regime changes in the Middle East, the existential threat of a nuclear Iran, and uncertainty about Egypt’s future.

Last week on Grey’s Anatomy, the doctors danced once again with the dangers of love and death. Dr. McSteamy took his wife, Dr. Grey, out of Alzheimer’s clinical trials because he wanted his love-life and work separate. Meanwhile, in a quadruple bypass surgery, Dr. Bailey was live-tweeting. Dr. Webber, Chief of Surgery, scolded Bailey for being unprofessional. Bailey defended herself by pointing out how the tweeting would allow outside medical students to follow a surgery uncommonly witnessed, and she exited with lips pouting. Later, in another complicated surgery, witty banter and schoolyard-winks over the operating table turned quickly — as they often do — to flatline-beeps and spontaneous hemorrhaging. The patient needed a transfusion within three hours. The team had looks of despair until tweets from a nearby hospital announced they had the transfusion. The operation was eventually successful, and Dr. Webber overcame his distaste for Twitter, embracing it as a hand-in-hand tool for surgery.

The main discussion at last week’s UA Exec meeting was focused on Orientation. In discussing steps to take as the UA moves forward, participants were adamant about promoting student engagement in upcoming decisions and wanted to hear a clear proposal from the administration on the Orientation calendar (particularly REX).

What is an India Pale Ale, you ask?

In its final competition of the regular season, the MIT Rifle team traveled to the U.S. Coast Guard Academy and suffered a pair of narrow set-backs in both the smallbore and air rifle portions of the meet. The Engineers finished just 25 points behind the hosts in smallbore, with a final score of 2114-2091, and were defeated 2194-2135 in air. Elizabeth A. Phillips ’13 led the way for Tech in both guns and had the second highest air rifle score in the meet.

Both the MIT Men’s and Women’s Basketball teams lost last weekend, as the men were upset by Coast Guard and the women could not hold on against Mount Holyoke. 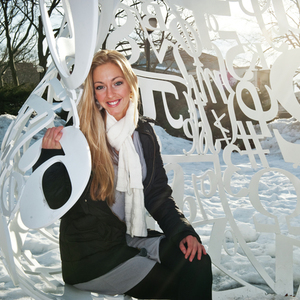 From sandy beaches to center stage

Attending college offers the opportunity to come into contact with new and exciting people virtually every day. Case in point: Dianna L. Cowern ’11 hails from Hawaii and is studying physics. She once distributed polio vaccines in the Dominican Republic and plays the ukulele. This Sunday, she will be competing in the Miss Boston Pageant, the first step on the path that potentially leads to becoming Miss America. The Tech had the opportunity to interview Miss Cowern about her pageant preparation and her experiences at MIT. 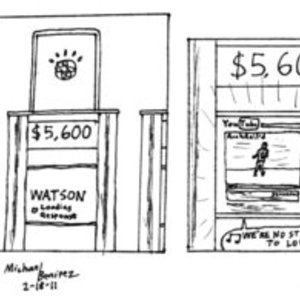 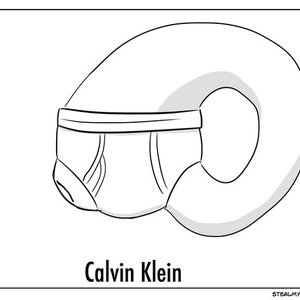 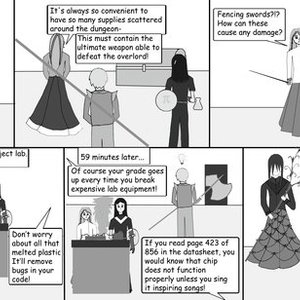 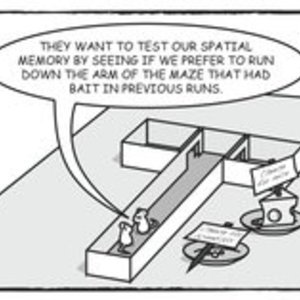 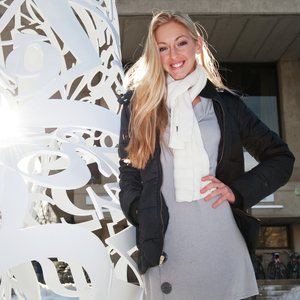 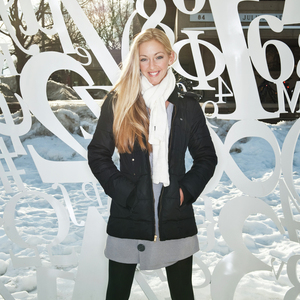 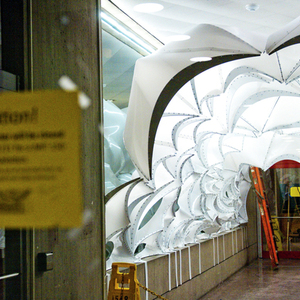 The corridor between Buildings 56 and 66 is closed until Feb. 21 in order to install a structure for the MIT 150 FAST Arts Festival. The festival, which celebrates the integration of art, science, and technology at MI...
Jessica Liu—The Tech
All Photos From Issue