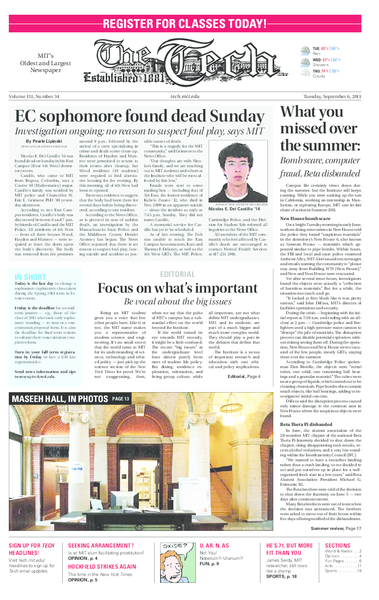 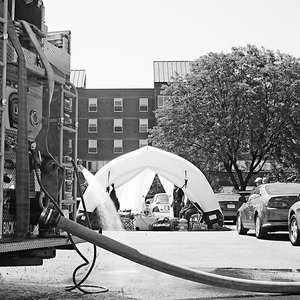 What you missed over the summer:

Campus life certainly slows down during the summer, but the Institute still keeps running. While you were soaking up the sun in California, working an internship in Manhattan, or exploring Europe, MIT saw its fair share of action in Summer 2011.

Two advisory panels of the Food and Drug Administration will consider on Friday whether to recommend requiring women who use popular bone drugs like Fosamax to take “drug holidays” because of rising concerns about rare side effects with long-term use, according to people involved in the review.

Today is the last day to change a sophomore exploratory class taken during the Spring 2011 term to listener status. 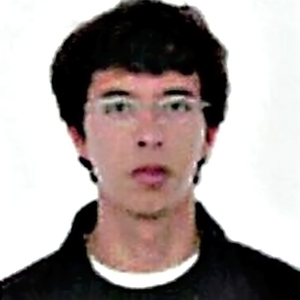 In mid-August, Jason Rule learned some surprising news about the coffee shop that he owns in Hays, Kansas: The place had closed for good.

The mountainous regions of the eastern United States may not appear to be a likely target for a tropical storm, but the remnants of tropical storm Lee will bring trouble to the area. Slow moving Lee delivered over a foot of rain to some places along the Gulf Coast when it was a tropical storm. Now the moisture associated with it will track along the Appalachian mountains from Georgia to New Hampshire and drop over 6 inches of rain in many places along the way.

NEW DELHI — One of India’s most powerful mining barons, whose political clout and wealth have made him a controversial national figure, was arrested Monday as investigators raided his offices and seized about $1 million in cash and more than 66 pounds of gold.

COLUMBIA, S.C. — The leading Republican presidential candidates spent Labor Day declaring their fealty to limited government as they sought to demonstrate credibility with a Tea Party movement that has seized the political energy of their party.

WASHINGTON — Iran on Monday made its first counterproposal in two years to ease the confrontation with the West over its nuclear program, offering to allow international inspectors “full supervision” of the country’s nuclear activities for the next five years, but on the condition that the mounting sanctions against Iran are lifted.

BEIRUT — Syria opened its main prison in Damascus Monday to a delegation from the International Committee of the Red Cross for the first time since the uprising started in mid-March, amid hopes the move could begin to reveal the fate of thousands of political detainees.

Being an MIT student gives you a voice that few other people have. Like it or not, the MIT name makes you a representative of modern science and engineering. It’s no small secret that the world turns to MIT for its understanding of science, technology and related policy — just pick up the science section of the New York Times for proof. We’re not exaggerating, then, when we say that the pulse of MIT’s campus has a substantial effect on the world beyond the Institute.

The dark side of an MIT brain

In the early 90s, a young man named Lead Wey ’93 arrived on campus at MIT, just like all of us have been these past few days. Like us, he was intelligent, driven, and had an entrepreneurial spirit. Like us, he experienced the rush of success after mastering a particularly difficult class or problem set, along with the humbling knowledge that everyone around you is just as smart as or smarter than yourself. His years at the Institute, which he attended for both his undergraduate and graduate degrees, were both rewarding and, at times, uncomfortable. Both the positive and negative shaped what this man would go on to do.

Frequent readers of this paper may recall a piece by MIT President Susan J. Hockfield and Harvard President Drew G. Faust in the Boston Globe, titled “Riding the Innovation Wave,” and this columnist’s negative response, “Voodoo Innovationomics.” Well, last Monday, President Hockfield was at it again, this time with a solo piece in the New York Times titled, “Manufacturing a Recovery.”

THEATER REVIEW How was the show, Mrs. Lincoln?

The MIT Triathlon Club traveled to Lake George, N.Y., last weekend to compete in the first Northeast Collegiate Triathlon Conference (NECTC) race of their season. Race directors had canceled the previous weekend’s triathlon due to damage from Tropical Storm Irene. Several team members placed in the Olympic-distance race, which consisted of a 0.9-mile swim, 24.8-mile bike, and a 6.2-mile run. Shaena R. Berlin ’13 took third place in the female NECTC omnium with a time of 2 hours, 39 minutes. Samuel M. Nicaise G powered through to the finish with a speedy time of 2:25, and Zachary W. Ulissi G came in third out of 60 collegiate racers on the bike section with an impressive average of 23 mph. The club will continue to race nearly every weekend through the rest of the season, which culminates at the Mighty Man Conference Championships in Montauk, N.Y., on Oct. 1.

Seventy-one-year-old James G. Serdy has been rowing with the MIT Rowing Club for the past four years. In addition to working at the Laboratory for Manufacturing and Productivity, he wakes up to go rowing on the Charles from 6–8 a.m. every morning. James has “always been fascinated to watch the art of rowing,” he said. 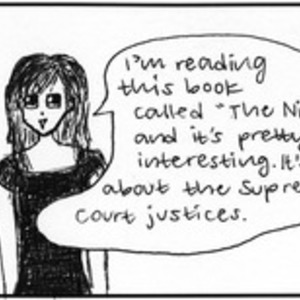 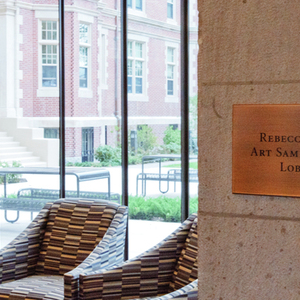 The Rebecca and Art Samberg Lobby. This lobby houses Maseeh’s front desk and the entrance to its dining hall, as well as a small lounge.
Elizabeth D’Arienzo—The Tech 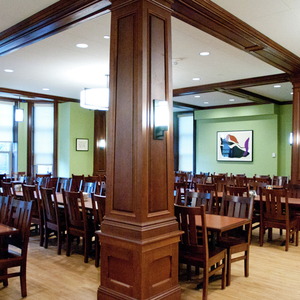 The northern dining area of the Howard Dining Hall in Maseeh, one of two dining areas in the hall.
Elizabeth D’Arienzo—The Tech 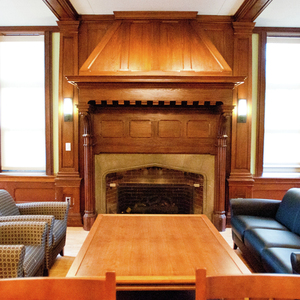 A lounge with a working fireplace in the northern dining area of the Howard Dining Hall. The hall includes two dining areas, as well as a personal dining room that can be reserved for events or used as overflow space...
Elizabeth D’Arienzo—The Tech 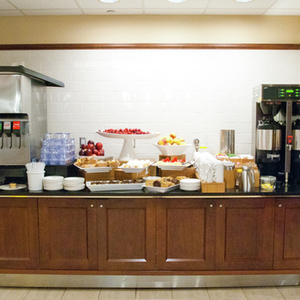 One of a few desert and beverage bars in the Howard Dining Hall in Maseeh Hall. The dining hall includes a number of food stations featuring different cuisines, plus a comfort food station and a grill.
Elizabeth D’Arienzo—The Tech 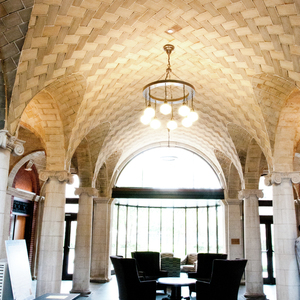 Maseeh’s lobby. Maseeh features a number of additional security measures at its entrance, including MIT ID card access to use the elevators or access the stairways from the main lobby.
Elizabeth D’arienzo—The Tech

A hazardous materials decontamination tent was set up in the Westgate parking lot on June 7 in response to a New House bomb scare. Cambridge and MIT police eventually determined that there was never any threat to camp...
Ethan A. Solomon—Tech file photo 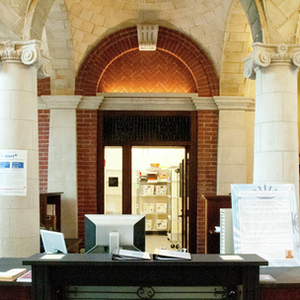 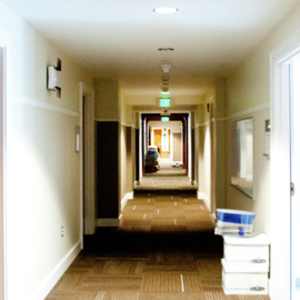 Each Maseeh floor is similar in style, but the wall colors vary. Rooms are arranged hotel-style, with student rooms, GRT apartments, and bathrooms all branching off of the central halls. Maseeh also features air condi...
Elizabeth D’Arienzo—The Tech
All Photos From Issue