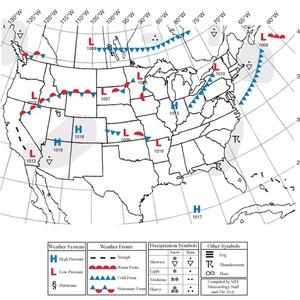 This past July has been quite typical here in the Boston area. Based on the preliminary monthly climate report by the NOAA, the average July air temperature this year was 75.6°F, which was 2.1°F above normal. Total rainfall was 3.40 inches, merely 3 percent higher than the normal.

After yesterday’s showers, the next few days look to bring some nice weather to the Cambridge area. Today will be partly cloudy with a high around 60°F.

Temperatures 25°F-35°F above average to continue

This past Sunday, temperatures soared into the mid seventies in the Boston area. Logan airport recorded a record high temperature of 74°F, besting the previous high mark of 70°F. This was 27°F above the average high of 47°F for this time of year. Sunday’s impressive performance was repeated on Monday with another record high of 74°F. Although temperatures are forecast to remain warm throughout the week, the record streak is in danger as record highs for March 20 and 21 at Logan are 79°F and 83°F, respectively. These values are a few degrees higher than the current forecast.

Wednesday’s miserable weather proved to be a record-setter here in the Boston area. Logan airport reported a Dec. 7-record 1.60 inches of rain, breaking the old high mark of 1.15” set back in 1959.

Yesterday was an unseasonably warm day here in the Cambridge area. Logan Airport recorded a high of 67°F. This was 20 degrees warmer than the normal high, but well shy of the record of 74°F.

Today looks to be a wet and gloomy Friday. A large low pressure system centered over Michigan will pull warm, moist air from the Atlantic Ocean into the New England region. Significant rainfall is possible as thunderstorms will be embedded within the rain bands.

Satellite to rain from sky

A dead NASA satellite looks to make it’s reentry into Earth’s atmosphere sometime in the afternoon Friday, EDT. This large hunk of space debris has been incapacitated and is tumbling towards a most spectacular plunge to the surface. NASA expects 26 sizable pieces to remain intact to the ground, the largest of which may be over 300lbs. Although the re-entry is predicted to leave a awe-inspiring trail in the sky over 500 miles long, don’t get your hopes up. The satellite is most likely to make its hard landing somewhere in Europe or Asia, depending on the exact time of reentry. If you are concerned about your friend overseas getting hurt by the debris, don’t worry. NASA has guesstimated a 1 in 3,200 chance of the satellite harming any human.

The mountainous regions of the eastern United States may not appear to be a likely target for a tropical storm, but the remnants of tropical storm Lee will bring trouble to the area. Slow moving Lee delivered over a foot of rain to some places along the Gulf Coast when it was a tropical storm. Now the moisture associated with it will track along the Appalachian mountains from Georgia to New Hampshire and drop over 6 inches of rain in many places along the way. 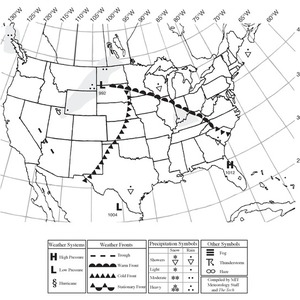 With the warming weather, melting snow has combined with spring rain to raise river levels well beyond flood stage throughout the nation. The hardest-hit areas lie along the Mississippi River from Illinois to Louisiana. In Memphis, the Mississippi has risen to 47.8 feet — just shy of the 48.7 feet record set in 1937.

More than 270 killed in tornado outbreak

Wednesday, April 27, 2011, now marks the date of the second-deadliest tornado outbreak in U.S. history, with over 270 confirmed deaths. Two days ago, more than 165 tornadoes were reported across the southeastern U.S. stretching from Alabama to Virginia. The strongest storms impacted Alabama — the death toll in that state alone may soon top 200. This devastating act of nature ranks only second to the “Super Outbreak” of April 3, 1974, in which 310 people lost their lives from 148 tornadoes stretching from Michigan to Alabama. 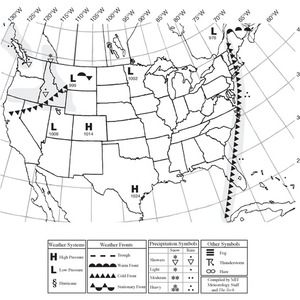 Tornadoes were reported in Louisiana, Arkansas, Mississippi, Tennessee, and Kentucky yesterday as the eastern half of the U.S. experienced some exceptional weather. A strong cold front extending from Louisiana to Ohio brought heavy rain, thunderstorms, and hail to more than 15 states. 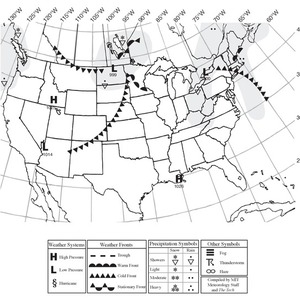 Both sides of March this weekend

An old weather adage describes March entering as a lion and leaving like a lamb. Fortunately, March hasn’t been too terrible so far, bringing only mild temperatures and no snow. Although this mild pattern will persist, today will be a downright miserable March day with heavy rain and strong winds. The bad news will continue for skiers as warm air pushes very far north, leaving the lower elevations of ski resorts wet, rather than fluffy. However, don’t be completely discouraged; the other face of March will emerge later this weekend. Expect a better day on Saturday as the clouds slowly clear out. Sunday looks to be a pristine late winter day with mostly sunny skies and a high near 50°F.