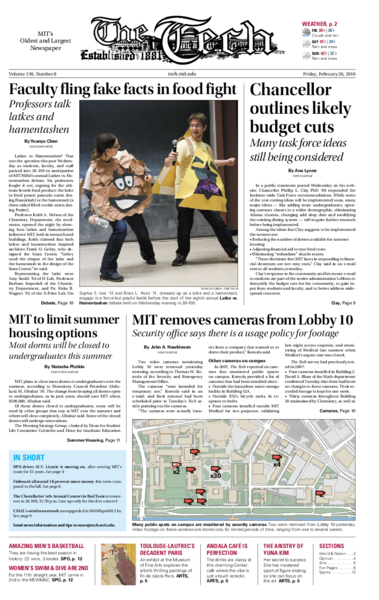 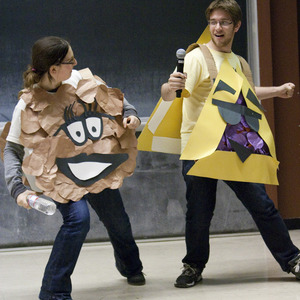 Latkes or Hamentashen? That was the question this past Wednesday as students, faculty, and staff packed into 26-100 in anticipation of MIT Hillel’s annual Latkes vs. Hamentashen debate. Six professors fought it out, arguing for the ultimate Jewish food product: the latke (a fried potato pancake eaten during Hanukkah) or the hamentash (a three-sided filled cookie eaten during Purim).

In a public statement posted Wednesday on his website, Chancellor Phillip L. Clay PhD ’88 responded to the Institute-wide Task Force recommendations. While some of the cost-cutting ideas will be implemented soon, many major ideas — like adding more undergraduates, opening summer classes to a wider demographic, eliminating Athena clusters, changing add drop date and modifying the existing dining system — will require further research before being implemented. 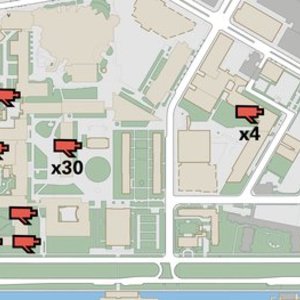 MIT plans to close most dorms to undergraduates over the summer, according to Dormitory Council President Abdulaziz M. Albahar ’10. The change from keeping all dorms open to undergraduates, as in past years, should save MIT about $500,000, Albahar said.

A brief article on Tuesday, February 16 gave incorrect information about the timing of card system database problems. The problem began around 5 a.m., Monday, Feb. 8, and was resolved 21 hours later, or 1 a.m. Tuesday, not 6 a.m. Tuesday. 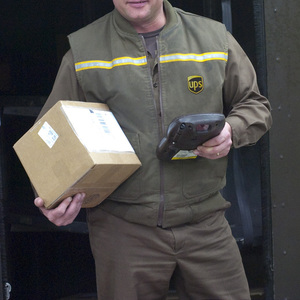 UPS driver Al F. Licarie is “finally graduating,” to a new delivery route, he told <i>The Tech</i> on Wednesday. He has been working the MIT route for 15 years.

Wireless internet in CSAIL is experiencing a boost this week as 80 new Meraki 802.11n access points are being installed. The new wireless network runs at 100 megabits per second, 10 times faster than it was before the upgrade.

MELBOURNE, FLA — To help ensure that medical radiation is administered safely, Medicare insists that certain highly technical cancer treatments be administered only when a patient’s radiation oncologist is present or nearby.

ORLANDO — Rep. Kendrick B. Meek, the leading Democratic candidate for Florida’s open Senate seat, listened quietly last week to tales of woe: a college student who nearly ended up homeless because her mother had lost her job; a laid-off mother who paid for health care with credit cards; an electrician struggling to get unemployment benefits.

Intentions of whale in killing are debated

MIAMI — Homicide investigators in Orlando said Thursday that the death of a trainer at SeaWorld on Wednesday occurred when the theme park’s largest male Orca whale grabbed the trainer by her hair while she stood in shallow water, and dragged her into a deep pool.

WASHINGTON — Despite intense public and private pressure by the Obama administration, China has not yet shown any sign that it will support tougher sanctions against Iran, leaving a stubborn barrier before President Barack Obama’s efforts to constrain Iran’s nuclear ambitions.

Greek debt and a weak job sector weigh on investors

A tense day for Wall Street ended with a tinge of hope, as a rise in commodity prices helped temper anxiety about Greek debt and the American jobs market.

A lackluster report on durable goods on Thursday resurrected doubts about the sustainability of a recovery for manufacturing. In addition, the number of people filing unemployment claims touched a three-month high, and a barometer of home prices unexpectedly fell.

The sickly housing market was socked with another dose of bad news on Wednesday when the Commerce Department reported that new home sales fell in January to the lowest level since record-keeping began in 1963.

A major coastal storm has again hit the Northeast, bringing snow and rain as well as high winds to the I-95 corridor from Washington, D.C. to Boston. The same storm that brought rain and snow to the Midwest earlier this week has now moved off of the coast of the Mid-Atlantic. After moving over the ocean, the storm began to rapidly strengthen, resulting in additional precipitation and high winds for much of the Northeast region. As of Thursday evening, the National Weather Service had issued winter storm warnings, high wind warnings, and flood warnings up and down the coast in anticipation of dangerous conditions created by the coastal low.

A new plan envisions U.S. contracts as a wage lever

The Obama administration is planning to use the government’s enormous buying power to prod private companies to improve wages and benefits for millions of workers, according to White House officials and several interest groups briefed on the plan.

Senate met on Monday, February 22. Senate members passed 41 U.A.S. 9.1: Bill to Define Nominations Committee Membership. 41 U.A.S. 4.2: Bill to Create Midterm Reviews, which would review members of the UA Executive Committee between the fall and spring semesters, was discussed then tabled. Paula C. Trepman ’13 was confirmed as the Vice Chair for the Committee on Dining. Senate also approved the Finance Board appeals.

Bringing sugar and spice to the ice

I have always been drawn to figure skating for its combination of ballet, dance, and gymnastics — when executed well, a skater delivers a performance worthy of lush red curtains and a Broadway stage. Sadly, the beauty in figure skating is often lost in the number-crunching and the tallying up of how many points combination XYZ will produce. Though skaters must fulfill strict technical requirements, what really sets an amazing performance apart is the artistry.

DOUBLE SOY LATTE, PLEASE! Home is where the tea is

A common fantasy among my girlfriends is to quit MIT and open up a neighborhood café. Should that life-altering day come for me, I imagine my store will be a lot like Andala Café: cozy, charming, and a touch eclectic.

EXHIBIT REVIEW A little bit of Paris, in all its glamour and decadence Toulouse-Lautrec exhibit at the Museum of Fine Arts depicts turn-of-the-century Paris society

Henri de Toulouse-Lautrec produced intimate perspectives into the decadent lifestyle of early 20th-century Paris. While we look back upon his work as modern and fashionable, his images had been considered provocative amongst his peers.

The bar has been raised, a new precedent has been set, a new sheriff is in town. Whatever cliché you choose to use, there is one undeniable fact: the men’s basketball is for real.

Last weekend, the MIT women’s swimming and diving team traveled to Wellesley College for the NEWMAC Women’s Swimming Championship. After three days of intense competition, the Pride of Springfield College (839 points) emerged in first place, capturing their tenth consecutive title, while the Engineers (694) were runners-up for the eleventh straight year. Wheaton (566), Coast Guard (449) and Clark (382) rounded out the top five teams.

Many public spots on campus are monitored by security cameras. Two were removed from Lobby 10 yesterday. Video footage on these cameras are stored only for limited periods of time, ranging from one to several weeks. 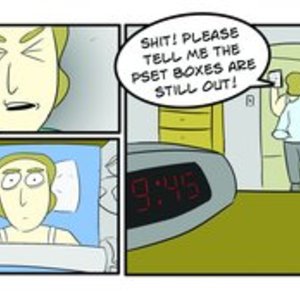 UPS driver Al F. Licarie has been working the MIT delivery route for 15 years. He is “finally graduating”, to a new route on the other side of Main Street.
Melissa Renée Schumacher—The Tech 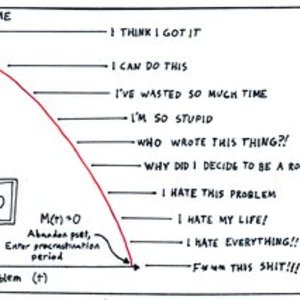 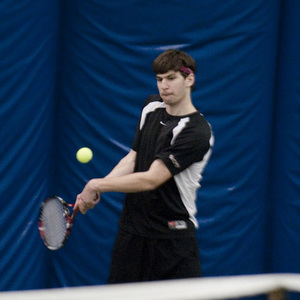 Matthew T. Skalak ‘13 prepares to volley the ball at the tennis team’s first match of the spring season, against Emerson College on Wednesday. Skalak was one of four freshmen singles players.
Elizabeth D’Arienzo—The Tech

Sophia E. Lee ‘12 and Brian L. Ross ‘11, dressed up as a latke and a hamentash, engage in a fierce but playful battle before the start of the eighth annual Latke vs. Hamentashen debate held on Wednesday evening in 26-...
Yuanyu Chen—The Tech 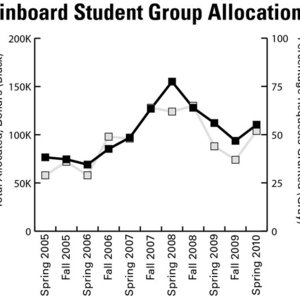 Last Monday, appeals wrapped up and the UA Finance Board approved the final student group allocations for the spring. The total allocation this semester increased by 18 percent, or $16,661, since last semester. UA Pre...
Source: UA Finance Board
All Photos From Issue