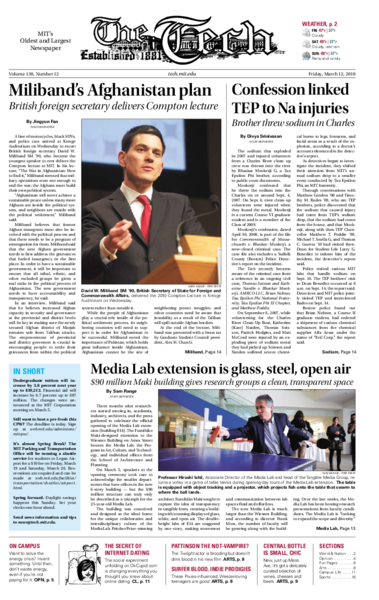 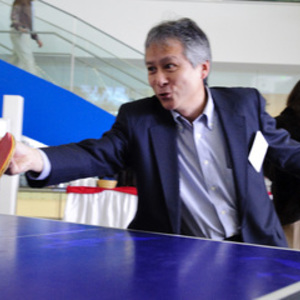 Three months after researchers started moving in, academia, industry, architects, and the press gathered to celebrate the official opening of the Media Lab extension (building E14). The Fumihiko Maki-designed extension to the Wiesner Building on Ames Street houses the Media Lab, the Program in Art, Culture, and Technology, and individual offices from the School of Architecture and Planning.

Agency weighs the need for a ‘black box’ recorder in cars

DETROIT — Federal safety regulators, who allowed auto companies to voluntarily install event data recorders on their vehicles a few years ago, are now looking into whether the systems should be required, the head of the National Highway Traffic Safety Administration said on Thursday.

Talks to address trade in tuna and ivory

Marathon negotiations on protecting the planet’s endangered species open on Saturday in Qatar with tensions bubbling over efforts to ban trade in bluefin tuna and to reopen exports of elephant ivory from Africa. 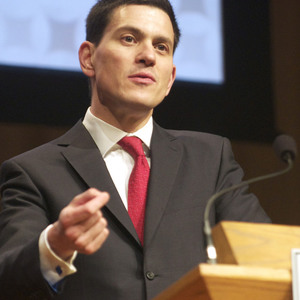 A line of motorcycles, black SUVs, and police cars arrived at Kresge Auditorium on Wednesday to escort British foreign secretary David W. Miliband SM ’90, who became the youngest speaker to ever deliver the Compton lecture at MIT. In his lecture, “The War in Afghanistan: How to End it,” Miliband stressed that military operations were not enough to end the war; the Afghans must build their own political system.

The sodium that exploded in 2007 and injured volunteers from a Charles River clean up crew was thrown into the river by Bhaskar Mookerji G, a Tau Epsilon Phi brother, according to public court documents.

Permanently dyeing hair goes hand in hand with damaging it. The process dries out hair and leaves it jagged. Ammonia used to open the hair fiber so that dye molecules can nestle in — is as delicate as a can opener. It also smells horrid and sets delicate scalps afire.

WASHINGTON — Democrats said on Thursday that they would go it alone in an effort to pass an overhaul of financial regulation, increasing the likelihood of a bitter partisan showdown.

It has been a rough few months for Toyota because of its three big safety recalls. But the automaker’s luxury division, Lexus, appears to have avoided much of the fallout.

Turmoil in Iraq amid tight vote tally, as some charge fraud

BAGHDAD — Iraq’s major coalitions were locked in a surprisingly close race on Thursday, in initial results from elections that deepened divisions across a fractured landscape. Candidates were quick to charge fraud, heightening concerns whether Iraq’s fledgling institutions were strong enough to support a peaceful transfer of power.

During the economic crisis last year, the prices for many goods held steady or even dropped. But on American farms, the picture was far different, as farmers watched the price they paid for seeds skyrocket. Corn seed prices rose 32 percent; soybean seeds were up 24 percent.

JALALABAD, AFGHANISTAN — Six weeks ago, elders of the Shinwari tribe, which dominates a large area in southeastern Afghanistan, pledged that they would set aside internal differences to focus on fighting the Taliban.

The big buzz at the CERAWeek conference may be natural gas, but a new study says it’s time to light a fire under energy efficiency to meet future energy demands.

Early Sunday morning marks the beginning of Daylight Saving Time (not Daylight “Savings” Time), when we move our clocks one hour forward. Eastern Standard Time (EST), five hours behind Greenwich Mean Time (GMT), gives way to Eastern Daylight Time (EDT), four hours behind GMT. The good news is that the sun will set an hour later, but at the price of one hour less of sleep on Saturday night.

NEW YORK — A settlement of up to $657.5 million has been reached in the cases of thousands of rescue and cleanup workers at ground zero who sued the city over damage to their health, according to city officials and lawyers for the plaintiffs.

Here at MIT, we’re all about coming up with creative solutions to big problems. It’s just what we do best. But sometimes, it pays to remember that small, simple solutions can add up to solve big problems.

In 1935, Franklin Delano Roosevelt signed into law the Social Security Act, an insurance program designed to cover against what were then considered the greatest financial risks in American society: disability, unemployment, loss of spouse or parents, and, most notably, old age. At the time, the poverty rate among the elderly was over 50 percent — the Great Depression had wiped out the savings of many, and older citizens, whose best wage-earning years were behind them, were particularly hard hit. By funding the benefits of current retirees with income taxes on current workers, Social Security constituted a major windfall for its first generation of recipients; Ida May Fuller, the very first citizen to receive a Social Security check, paid $24.75 into the system and received back $22,888.92 over the course of her lifetime. In this manner, the program theoretically provided a way to spread out the pain of the Great Depression — each generation would pay some ever-declining amount to the previous generation until the entirety of that one monumental loss had been spread out across decades. 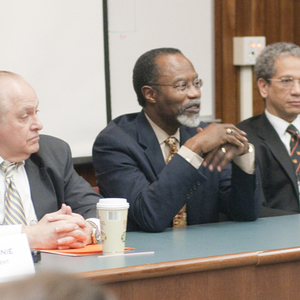 Senate met on Monday, March 8. Before the regular proceedings, Chancellor Phillip L. Clay PhD ’75, Dean for Student Life Chris Colombo, and Dean for Undergraduate Education Daniel E. Hastings PhD ’80 came to Senate for a town hall meeting. Discussion with the chancellor and deans centered on the implementation of the Institute-wide Planning Task Force recommendations and possible changes to dining. 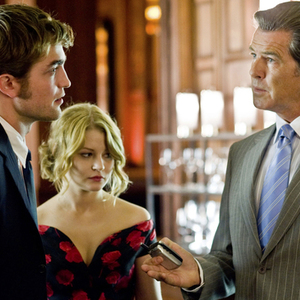 MOVIE REVIEW The raw side of love

By the end of the <i>Remember Me</i>, Robert Pattinson proves, through a nuanced portrayal of the enigmatic protagonist Tyler Hawkins, that his acting career will outlive <i>Twilight</i>. 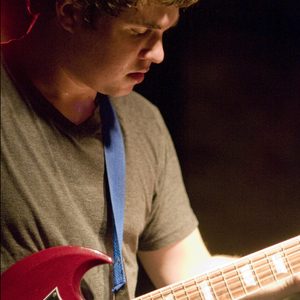 When was the last time you witnessed a teenaged Floridian play a guitar with his mouth? Those attending Surfer Blood’s most recent show saw that and other wonders: two drum kits and five musicians squeezing onto a stage designed for flea circuses, and the re-emergence of the cowbell as a rock instrument. Simply constructed, tightly orchestrated, and featuring two prominent, over-amplified guitars that reject the “lead/rhythm” stereotype, Surfer Blood songs — specifically “Swim” and “Fast Jabroni” — evoke the Pixies at their very best on <i>Doolittle</i> (1989). Whether this influence is direct or inherited through their unabashed Weezer-worship is hard to say. Driving their similarities with Weezer home, Surfer Blood strummed the first 4 bars of “Sweater Song” during the encore, only to stop abruptly and mock the crowd for its gullibility. 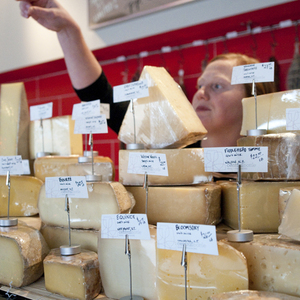 Just up Massachusetts Avenue, past Albany Street and across from IS&amp;T Headquarters sits the recently opened Central Bottle Wine &amp; Provisions. Central Bottle is a delightful shop opened by a team of four — including three veterans from the Cambridge restaurant scene — seeking to recreate the atmosphere of an Italian enoteca, an intimate wine storehouse where people can gather to taste wines and small plates of food. The shop’s wine selection is focused on small production, handcrafted, organic and biodynamic wines from around the world, so their offerings differ significantly from that of other Cambridge stores such as Trader Joe’s or the Harvard Wine Company. With its hefty wine racks that double as tables and its beautifully designed glass front, Central Bottle offers an exciting escape from the otherwise dreary and unremarkable walk up Mass Ave.

It’s that time of year again: Academy Awards season. Every year, Hollywood’s most popular and talented actors, actresses, and filmmakers come together to honor each other in a night full of fashion, comedy, and extravagance. This year’s Oscars were as surprising as they were fun to watch. Whether you missed the big show for the sake of your GPA, or are in denial that an entire year separates us from the next Academy Awards (like me), I’ve compiled below just some of the evening’s many memorable moments.

Swimming and diving teams wrap up season, prepare for Nationals

As the swimmers sped into their last turn, the crowd roared. MIT parents and fans shot to their feet, screaming and cheering, as Lucas R. Cummings ’10 pulled ahead of Coast Guard’s Brian McGuiness and outtouched him by 0.25 seconds. The Engineers’ victory in the final 400-meter freestyle relay capped an amazing season for the MIT Varsity Swimming and Diving Teams. 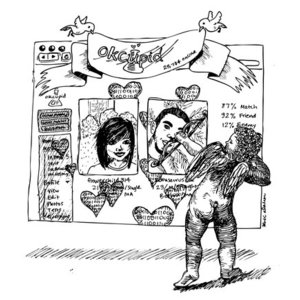 <b>It’s Sunday afternoon on OkCupid.com, and 27,942 people looking for love on the Intertubes. They are shooting digital winks and kissy missives into the ether, trying to chat up that cute girl who loves Nabokov, or Mr. Tall-Dark-Handsome-Good-Job-Outdoorsy-on-the-Weekends. It’s humanity’s oldest social ritual, now 110 percent electrodigitized.</b> Is there really love out there? Can two-dimensional interactions on an LCD screen really substitute for brews at the Thirsty, or an after work softball game? The four former math majors from Harvard who founded OkCupid.com aren’t completely sure, but the social experiment unfolding on their website is already changing everything you thought you knew about dating. 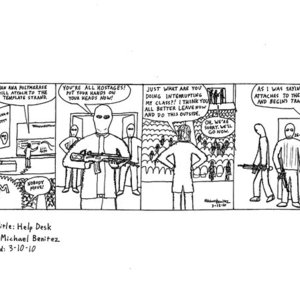 Kathryn Bigelow was the triumph of the night, becoming the first woman to win best director while beating out ex-husband James Cameron. The Hurt Locker won six Oscars, including best picture.
The Academy of Motion Picture Arts and Sciences 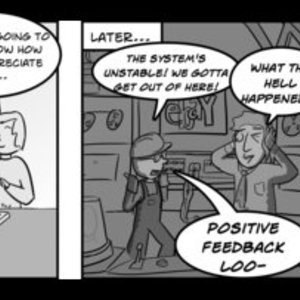 The helpful and knowledgeable staff can help you make a food or drink selection, and in the case of cheeses, provide you with near-infinite free samples.
David M. Templeton—The Tech

Remember Me is a surprisingly thought-provoking look at family tensions. Robert Pattinson shows he is more than a vampire.
Courtesy of Summit Pictures Entertainment 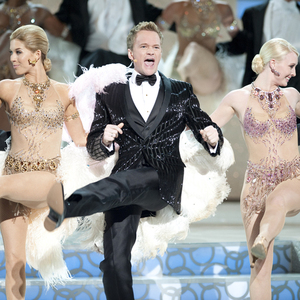 In dazzling fashion, Neil Patrick Harris opened the night with dance moves and a shiny sequined tuxedo.
The Academy of Motion Picture Arts and Sciences 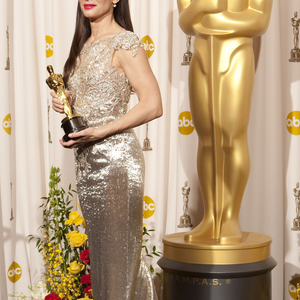 Sandra Bullock won best actress for her turn in football drama The Blind Side. She looked like a winner too, in her golden Marchesa gown.
The Academy of Motion Picture Arts and Sciences

Professor Hiroshi Ishii, Associate Director of the Media Lab and head of the Tangible Media Group, returns a volley in a game of table tennis during opening-day tours of the Media Lab extension. The table is equipped...
Sam Range—The Tech 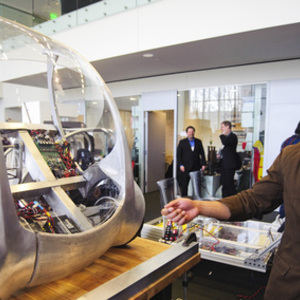 Despite looking too young to have heard of Kim Deal or Ira Kaplan, lead vocalist and guitarist for Surfer Blood Jean Paul Pitts wears his 90’s rock influences on his sleeve.
Peter H. Rigano 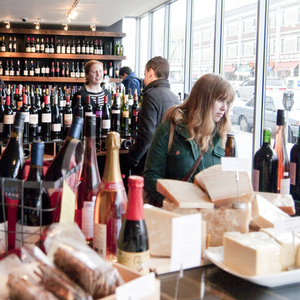