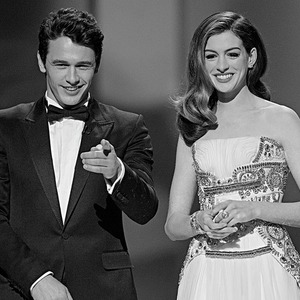 The Academy Awards: a night of fashion, entertainment, extravagance, and above all, excellence. While this year’s show — held last Sunday night at 8:30 p.m. — was bursting to the seams with three of these four, it fell disappointingly short on the entertainment front. Anne Hathaway and James Franco, a Best Actor nominee himself, added little spontaneity and even fewer laughs as younger, more “hip” hosts — albeit not without a lack of effort on Hathaway’s part. Her enthusiasm was well placed, but Franco’s spacey demeanor and an overall lack of good jokes far outweighed any true entertainment value. (I mean, did he really have to walk out in a dress?)

ON CLASSIC CINEMA The original portrayal of the confused youth

Nothing screams Halloween like a good old-fashioned monster movie.

ON CLASSIC CINEMA Here’s looking at you

Certain films are guaranteed to be at or near the top of every “greatest movies of all time” list you’ll ever read: <i>Citizen Kane, The Godfather, Vertigo</i> and of course <i>Casablanca</i>. Perhaps you can name it as one of the most well-known love stories in cinema, or you recognize actors Humphrey Bogart and Ingrid Bergman, or you’ve heard one of its many famous lines (“We’ll always have Paris”); <i>Casablanca</i> is one of those films that has so permeated cinematic culture that nearly everyone has some level of awareness of it.

ON CLASSIC CINEMA The Godfather of suspense

What makes a movie great? What is it exactly that elevates a film from its usual status as a means of entertainment of entertainment to that of a cultural hallmark deserving of modern audience’s attention? Frankly, who gives a damn?

As an artist known for his gentle voice and acoustic stylings, Jack Johnson is a pro at creating lounge music to set the mood. His fifth and newest album, 2010‘s <i>To the Sea</i>, stands out for just that: a unique feel-good vibe that makes you want to keep listening.

MOVIE REVIEW Enjoyable for fans, but questionable for others

This is not the type of movie you see unless you’re genuinely interested in the characters. Sure, it seems to have all the makings of a fun girl movie; unlike such series as The Lord of the Rings, where knowledge of the books is a nice supplement but completely unnecessary for appreciation of the films themselves. Some prior exposure to Carrie, Miranda, Charlotte, and Samantha is a definite prerequisite for any real appreciation of the Sex and the City film series.

Having grown up in Los Angeles, I’ve learned to recognize good sushi. My friends and I are regular haunts at the best not-too-expensive sushi place in our suburb of Burbank, and when we’re really in the mood, will drive up to an hour and a half for the ultimate all-you-can-eat experience.

Every city has its famous hot-spots — the places to which tourists and locals alike flock to take part in a tradition of notoriety simply for the sake of having a unique, quality experience.

“A little something sweet in Cali” 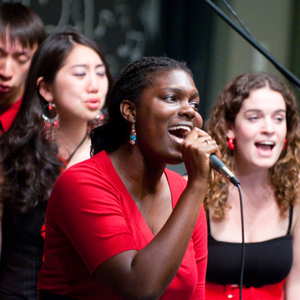 Last Friday, April 30th, the Chorallaries of MIT sang in their annual spring concert, aptly titled “Sing Delivery” by virtue of the fact that the sophomores’ Ring Delivery fell on the same night. The Chorallaries are MIT’s oldest coed a cappella group, known for their ambitious arrangements and solid vocals. This last concert served as an enthusiastic showcase of both their never-before-heard singles and classics from years before. 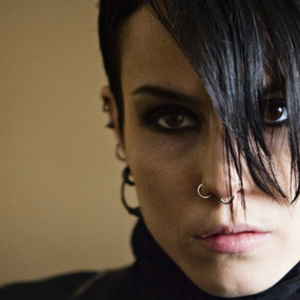 MOVIE REVIEW Dragon Tattoo brings back the art of moviemaking

When I walked into the theater to see <i>The Girl with the Dragon Tattoo</i>, all I knew about the film was that it was Swedish and that its general buzz was very positive. In retrospect, I’m convinced that my initial lack of exposure was a good thing; a two-and-a-half hour Swedish mystery film based on a book whose title translates literally to <i>Men who Hate Women</i> and whose poster highlights a creepy looking Goth girl is not exactly my idea of a fun Friday night.

It’s that time of year again: Academy Awards season. Every year, Hollywood’s most popular and talented actors, actresses, and filmmakers come together to honor each other in a night full of fashion, comedy, and extravagance. This year’s Oscars were as surprising as they were fun to watch. Whether you missed the big show for the sake of your GPA, or are in denial that an entire year separates us from the next Academy Awards (like me), I’ve compiled below just some of the evening’s many memorable moments. 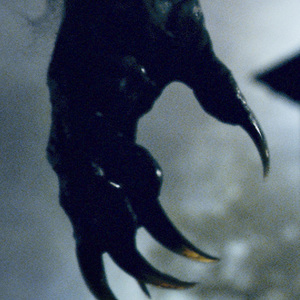 MOVIE REVIEW All the old tropes, none of the horror

There has been a lot of hype leading up to the Universal Studios’ remake of the classic motion picture <i>The Wolf Man</i>. Though there have been a smattering of werewolf movies throughout the decades, the only one that’s really embedded itself in American culture was the original <i>Wolf Man</i> (1941) featuring horror legends Lon Chaney and Bela Lugosi. The new <i>WolfMan</i> trailer promised an exciting new take on the old-school thriller, complete with a graphic transformation scene, an overly spooky setting reminiscent of the old film, and the acting talents of Benicio del Toro, Emily Blunt, and Anthony Hopkins.

I think we can all agree that the Super Bowl is much more than a football game. Over the years, Super Bowl Sunday has morphed into an extravagant American holiday deeply rooted in the modern media culture. Aside from the loud parties, copious amounts of beer and hot wings, star-studded half-time time shows, and (of course) football, this national day of celebration has also become an advertising gold mine. 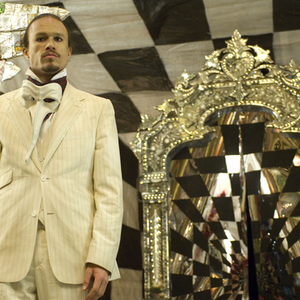 There’s been a fair amount of hype over the new Terry Gilliam film, “The Imaginarium of Dr. Parnassus.” Gilliam, a member of the classic Monty Python comedy troupe, is best known for his directorial pursuits of visionary plots and imaginative sequences. Early trailers promised such a classic Gilliam-style production, while Heath Ledger’s tragic passing generated significant buzz for the movie. And though the highly-anticipated film has its flaws, it presents a starkly original storyline coupled with some powerful performances. 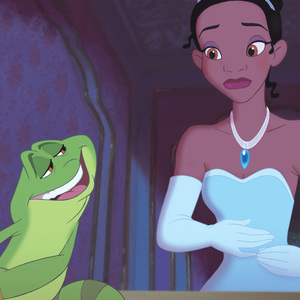 Fellow Disney fans, we have what we’ve been waiting for: the first classic Disney animated film of the decade. <i>The Princess and the Frog</i> is a genuinely funny, heart-felt, feel-good adventure worthy of carrying the revered title of Walt Disney Animation Studios, after a dry spell in successful hand-drawn films since 1999’s <i>Tarzan</i>. 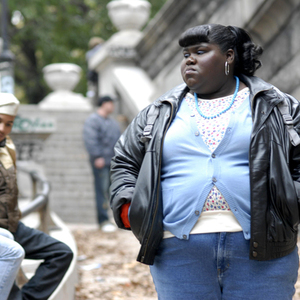 Emotionally, physically, and sexually abused by both her mother and father, Clareece “Precious” Jones is born into a life that no one would ever want to be born into. As the terribly child-like and misspelled opening credits scrawl across the screen, it’s difficult not to gasp at the horror of her illiteracy. “Who let this happen?” you ask. “Who could possibly be so heartless?” 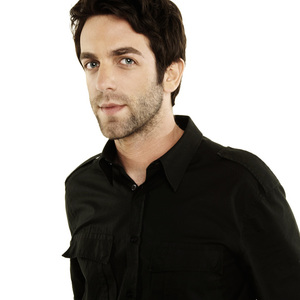 COMEDY REVIEW Night of Comedy Gets MIT to Lighten Up

As any good <i>Office</i> fan would know, B.J. Novak came to MIT last Saturday night for a stand-up comedy show. Novak, whose career started in stand-up, plays Ryan Howard in the hit NBC sitcom, writes for the show, and has appeared in such films as <i>Knocked Up</i> and <i>Inglourious Basterds</i>.

MOVIE REVIEW The Saints Are Back in Boston

When I heard Troy Duffy had made a sequel to <i>The Boondock Saints</i>, I was speechless. 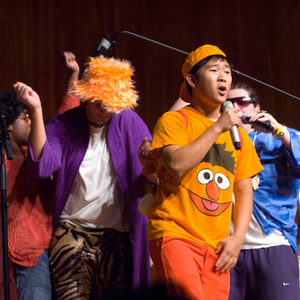 CONCERT REVIEW A Smorgasbord of MIT A Capella Groups

Last weekend had a lot to offer to MIT students, as the wide variety of student groups on campus showcased their love of everything <i>but</i> math and science to the visiting families. One of the weekend’s highlights was the Saturday night a cappella concert, dubbed the “Greater Boston Invitational Songfest.” The lineup included all nine campus a cappella groups, each performing two numbers of their choice.

CONCERT REVIEW Philharmonia’s First Concert of Season Is a Hit

From the outside, the New England Conservatory’s Jordan Hall is deceptively plain. Construction lines the street and scaffolding hides the entire face of the building, making it easy to pass by without a second glance. Inside, however, is a different story altogether. An ambience of grandeur and excellence penetrates every corner of the 1013-seat concert hall, whose rich mahogany paneled walls and gold-plated detailing creates an aesthetically, as well as acoustically, perfect space. 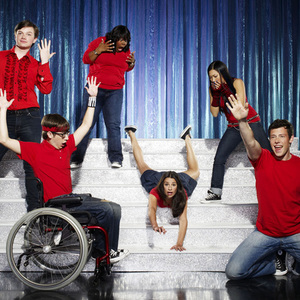 TELEVESION REVIEW For the High-Schooler Inside 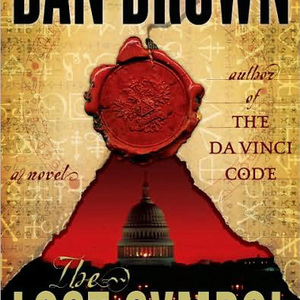 BOOK REVIEW Our Favorite Harvard Code Breaker Is Back

The famously controversial author of <i>The Da </i><i>Vinci Code</i> has succeeded in crafting a fascinating and suspenseful adventure brimming with new secrets, new twists and turns, and a refreshingly interesting — if not far-fetched — concept. Released on Sept. 15, this newest installment, <i>The Lost Symbol</i>, takes the reader on a harrowing thrill ride to uncover secrets in ancient mysticism and Masonic tradition. Despite some small imperfections, it delivers with a true Dan Brown “can’t-put-the-book-down” style mystery.