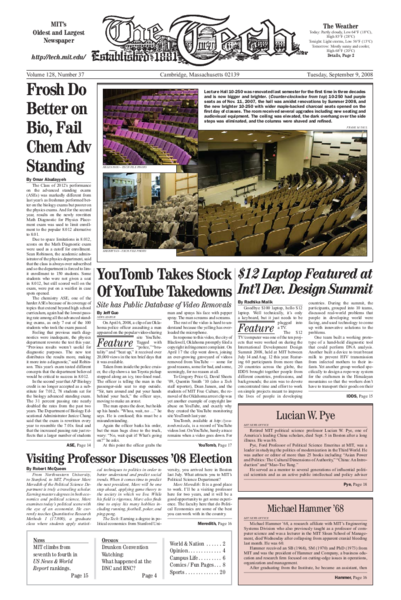 <i>From Northwestern University, to Stanford, to MIT, Professor Marc Meredith of the Political Science Department is truly a traveling scholar. Earning masters degrees in both economics and political science, Marc examines today’s political scene with the eye of an economist. He currently teaches Quantitative Research Methods I (17.800), a graduate class where students apply statistical techniques to politics in order to better understand and predict social trends. When it comes time to predict the next president, Marc will be one step ahead, applying game theory to the society in which we live. While his field is rigorous, Marc also finds time to enjoy his many hobbies including running, football, poker, and ping-pong.</i>

On April 6, 2008, a clip of an Oklahoma police officer assaulting a man appeared on the popular video-sharing site YouTube. Tagged with “police,” “brutality” and “beat up,” it received over 20,000 views in the ten brief days that it was available.

Michael Hammer ’68, a research affiliate with MIT’s Engineering Systems Division who also previously taught as a professor of computer science and was a lecturer in the MIT Sloan School of Management, died Wednesday after collapsing from apparent cranial bleeding last month. He was 60.

Goodbye $100 laptop, hello $12 laptop. Well technically, it’s only a keyboard, but it just needs to be plugged into a TV.

MIT Climbs Back to 4th in US News & World Report Ranking

After last year’s fall to seventh in the <i>U.S. News and World Report</i> rankings due to changes in reporting test scores, MIT climbed back to the number four spot among national universities. The increase was due in part to improvements at MIT, but may also be chalked up to other institutions’ scores decreasing.

More Freshmen Place Out of Biology in Advanced Standing Exams

The Class of 2012’s performance on the advanced standing exams (ASEs) was markedly different from last year’s as freshman performed better on the biology exams but poorer on the physics exams. And for the second year, results on the newly rewritten Math Diagnostic for Physics Placement exam was used to limit enrollment to the popular 8.012 alternative to 8.01.

Shares of United Airlines lost nearly all their value Monday morning when a false rumor swept financial markets that the struggling carrier had filed for bankruptcy protection.

McCain and Palin: Etiquette and the Coed Ticket

For now, the rule is simple: Hug your running mate, kiss your wife.

The world’s biggest, most highly-anticipated physics experiment comes online this week, as the first beam of particles begins to circulate around a 17-mile underground racetrack that lies beneath France and Switzerland.

Five missiles fired from an American pilotless aircraft on Monday hit a large compound in North Waziristan belonging to one of Pakistan’s most prominent Taliban leaders, two Pakistani intelligence officials and a local resident said Monday.

Some 9/11 Rumors Solidify as Conventional Wisdom

Seven years later, it remains conventional wisdom that Osama bin Laden and al-Qaida could not have been solely responsible for the attacks of Sept. 11, 2001, and that the United States and Israel had to have been involved in their planning, if not the execution, too.

The remnants of tropical storm Hanna swept through Boston at a relatively innocuous timing (well, it depends for whom) and much weakened specifically in wind, so that it was hard to distinguish it from a regular rainstorm. After the passage of Hanna, weather has been fair and pleasant. Unfortunately this nice trend will end today abruptly as a cold front pushes through our region. The cold front will manifest itself with thunderstorms that will begin late in the afternoon. A high pressure will bring relatively cool weather with temperatures that might require you to dust off a sweater or a jacket for Wednesday evening.

After months of record-breaking fundraising, a new sense of urgency in Sen. Barack Obama’s fundraising team is palpable as the full weight of the campaign’s decision to bypass public financing for the general election is suddenly upon them.

The news of riots, violence, and street demonstrations over food crises, due mostly to rapid price hikes worldwide, has been broadcast the world over since the beginning of 2008. But how could a natural disaster-prone country — Bangladesh, with its population of 150 million squeezed into a floodplain the size of Wisconsin — avoid such food riots?

Instead of enjoying my last two weeks of summer, I watched the political conventions with the help of a bottle of whiskey. To spare you from the same pain, I will summarize the festivities in brief.

The United States should carefully consider its foreign policy priorities before it makes commitments to endangered neighbors of Russia.

The Aug. 8, 2008 In Short section incorrectly named the position that Karl W. Reid ’84, director of the MIT Office of Minority Education, will hold when he leaves MIT and joins the United Negro College Fund of Fairfax. He will hold the position of senior vice president of academic programs and strategic initiatives, not a liaison position.

<b>“We the Peoples of the United Nations determined to reaffirm faith in fundamental human rights, in the dignity and worth of the human person, in the equal rights of men and women and of nations large and small …”</b> 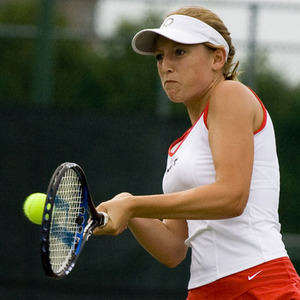 The MIT Women’s Tennis Team won their first match of the season this past Saturday over Suffolk University.

The MIT Football team emerged victorious in their first-ever game against the Mariners of Maine Maritime Academy on Saturday, with a final score of 42-39. MIT’s DeRon M. Brown ’10 and Robert C. Utz ’09 were outstanding in the win, combining for 236 yards and three touchdowns to pace an excellent ground attack. 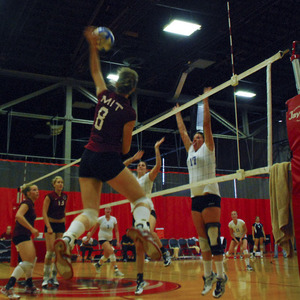 “They can’t stop this train coming through!” Joshua A. Geltman ’08 exclaimed about the MIT women’s volleyball team and its dominance through its first four matches. Despite the crowd’s enthusiasm, the Engineers split their matches on Saturday, winning their first match in straight sets but falling to Brandeis in five for their first loss of the season. Geltman and the large crowd of alumni and students emphatically waved signs, stomped on bleachers, and cheered for the Engineers in the exciting atmosphere of Rockwell Cage.

Third base, oral sex, usually generates more controversy than sex itself. Well, even Bill Clinton claimed that oral sex isn’t really sex. He’s right — it’s a lot messier, and everyone has a different opinion of it. The act of giving oral sex really isn’t that complicated for both genders. There are some general guidelines: focus, change motions, use your hands if you need support, watching makes it better, and, whatever happens, don’t use your teeth. 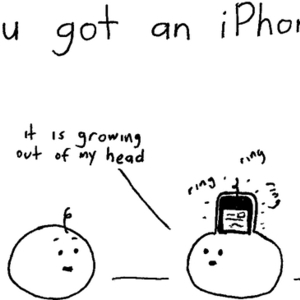 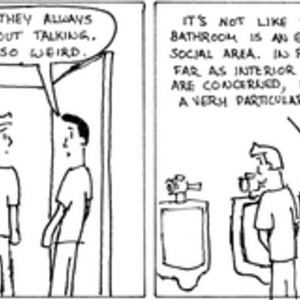 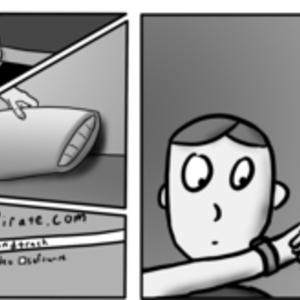 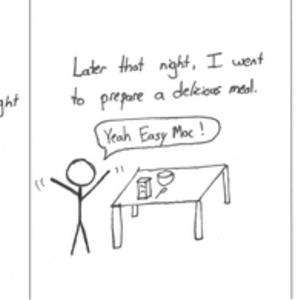 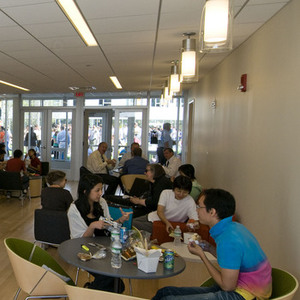 The MIT community enjoys lunch inside one of the new community lounges in the New Ashdown during the community picnic on Sept. 8.
Michael Y. McCanna—The Tech 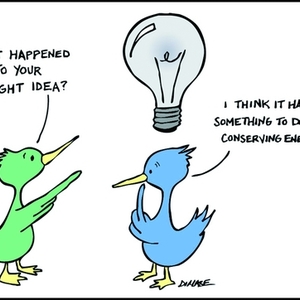 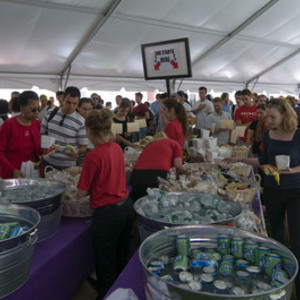 MIT students, professors, and faculty pick up food at the community picnic on Sept. 8 at the New Ashdown. Unfortunately, the sandwiches ran out an hour into the picnic.
Michael Y. McCanna—The Tech 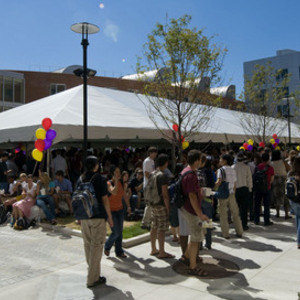 The community picnic on Sept. 8 took place in the New Ashdown with tents set up in the courtyard.
Michael Y. McCanna—The Tech 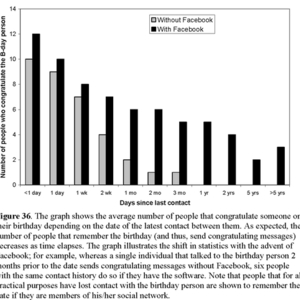 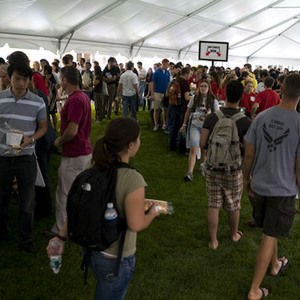 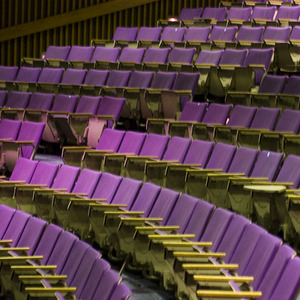 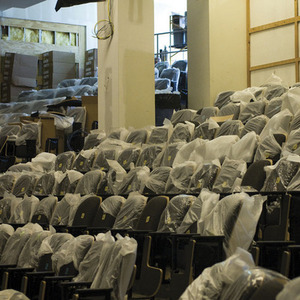 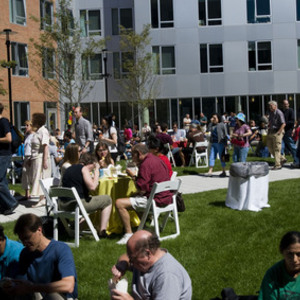 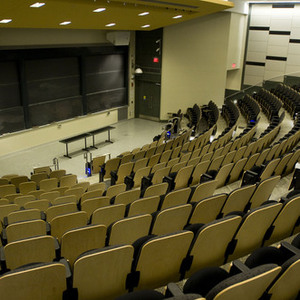