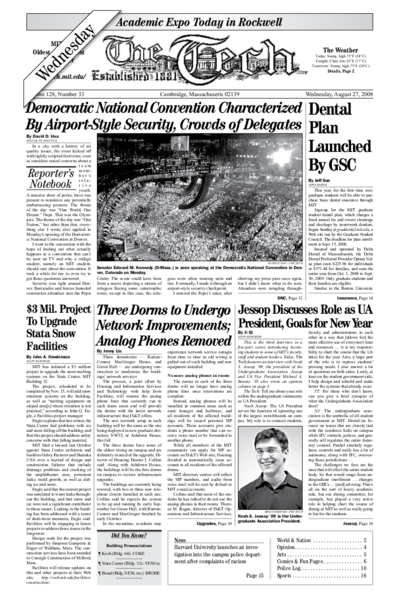 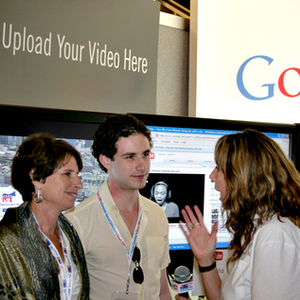 In a city with a history of air quality issues, the event kicked off with tightly scripted festivities, even as outsiders raised concerns about a team member’s relative youth. A massive show of police force was present to minimize any potentially embarrassing protests. The theme of the day was “One World, One Dream.” Oops. That was the Olympics. The theme of the day was “One Nation,” but other than that, everything else I wrote also applied to Monday’s opening of the Democratic National Convention in Denver.

Harvard University will launch an examination of the campus Police Department following long-running complaints that officers have unfairly treated black students and professors and, in an incident this month, a black high school student working at Harvard.

One afternoon, John W.M. Bush, MIT math guru, ventured to a pond to collect insects known as water striders for his research. It wasn’t until he returned to his lab that he discovered an interloper in his bucket.

This year, for the first time ever, graduate students will be able to purchase basic dental insurance through MIT. 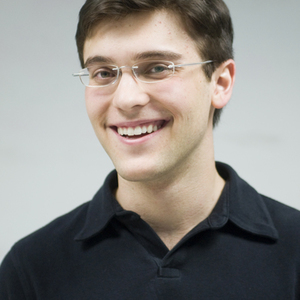 <i>This is the third interview in a five-part series introducing incoming students to some of MIT’s faculty, staff, and student leaders. Today, </i>The Tech<i> features an interview with Noah S. Jessop ’09, the president of the Undergraduate Association. Jessop and UA Vice President Michael A. Bennie ’10 also wrote an opinion column on page 4.</i>

MIT has initiated a $3 million project to upgrade the snow-melting systems on the Stata Center, MIT Building 32.

<i>The following incidents were reported to the MIT Police between Aug. 5, 2008 and Aug. 24, 2008. This summary does not include incidents such as false alarms, general service calls, or medical shuttles.</i>

The effects of Russia’s first foreign war as a capitalist country rippled Tuesday through the Moscow stock markets, which dipped to their lowest level since 2006. The loss of billions of dollars in paper value is confronting the Kremlin with a dimension to its geopolitical posturing that never existed during the Cold War, even as Russia seemed to be consolidating its gains after the Georgia conflict.

The Taliban bomber calmly parked a white fuel tanker near the prison gates of this city one evening in June, then jumped down from the cab and let out a laugh. Prison guards fired on the bomber as he ran off, but they missed, instead killing the son of a local shopkeeper, who watched the scene unfold from across the street.

North Korea said Tuesday that it had stopped disabling its main nuclear complex, and threatened to restore facilities there that the North has used to produce plutonium for nuclear weapons unless the United States removed it from a terrorist list.

After climbing steadily for six years, the number of Americans without health insurance dropped by more than a million in 2007, to 45.7 million, the Census Bureau reported Tuesday.

Kennedy Left Hospital Bed to Give Talk at Convention

Sen. Edward M. Kennedy had just left a hospital bed here when he delivered his speech to the Democratic National Convention on Monday night, after suffering a debilitating bout of kidney stones on Sunday upon arriving in town, aides said.

In a blow to Mayor Kwame M. Kilpatrick’s tenuous grip on his job, Gov. Jennifer M. Granholm of Michigan announced on Tuesday that she will hold proceedings next week that could result in the Detroit mayor’s removal.

Home sales have begun to stabilize as sharply reduced prices lured buyers back into the market in July, according to a pair of reports issued this week. And prices, once plummeting at a breakneck pace, fell in June at a more moderate clip.

You may have heard in the news about the Mars Phoenix Lander, currently taking soil samples near the Martian north pole. A somewhat less publicized fact is the temperature data being taken by its weather sensor. At the lander site, yesterday’s high temperature was -17°F (-27°C) while the low temperature was -117°F (-83°C). And this is in the middle of summer! It is estimated that the record maximum temperature on Mars, say, on the hottest summer day at the equator, would be around 70°F (21°C). The coldest day at the winter pole can only fall to the carbon dioxide frost temperature of -190°F (-123°C), since then Mars’ carbon dioxide atmosphere begins to sublimate. No equivalent exists on Earth, since it never gets cold enough for our predominately nitrogen atmosphere to freeze out. At least there’s no rain, but you might get stuck in a dust storm that can last for several months!

The Gender Gap in Science and Engineering

During my first run at graduate school, nearly half the students in my engineering research lab were women. My newly appointed and tenured adviser, a decorated researcher from Bell Labs who was eventually awarded a MacArthur “Genius” Grant, was a woman. And looking back at my time there, most of the friends I made were women and the same was true of my undergraduate experience studying electrical engineering. As a result, I feel that even as stereotypical (Asian) male engineer, I well understand the problems that women in science and engineering experience.

UA Calls on Incoming Class to ‘Seize the Day’

Welcome to MIT! Whether you were covered by green Jell-O at Burton Conner’s Jell-O wrestling, inspired by Yet-Ming Chang’s research, or entertained by life-sized Tetris at East Campus, we are fairly certain that you’re aware of the fact that MIT is like no other college. From the 9 a.m. Math Diagnostics Test to rush events running throughout all hours of the night (and morning!), we are sure that you have begun to experience what it means to be an MIT student. These last few days of adrenaline filled all-nighters have been designed to integrate you into MIT’s unique experience: too much amazing stuff to fit into a short period of time.

Now that the start of classes draws ever nearer, it sure does feel like summer’s out and school’s back in session. Ah, yes … nothing like the feel of a marble notebook and the sharp taste of Red Bull to make you long for the scent of the ocean, the taste of barbecued patties, and the cool air of a movie theater. Here, we’ll bring you right back to the fresh days of early June with reviews and recaps of this summer’s releases.

On July 16–20, MIT Sport Taekwondo Coach Dan Chuang traveled to Belgrade, Serbia to serve as a US National Collegiate Taekwondo Team Coach. The US Team consisted of five coaches and sixteen athletes (eight men and eight women). The sixteen competitors from the US were part of a field of 285 athletes from 42 nations competing in the 2008 World University Taekwondo Championships.

For the sixth straight season the MIT women’s lacrosse team qualified for the Intercollegiate Women’s Lacrosse Coaches Association (IWLCA) Merit Squad as it posted the third-highest GPA of 56 programs. Bryn Mawr College led the way with an average of 3.49, followed by the University of Rochester (3.453), and the Engineers (3.4). 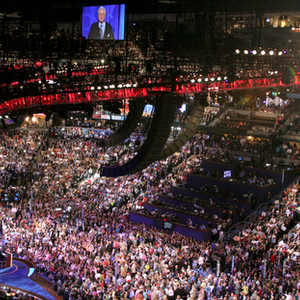 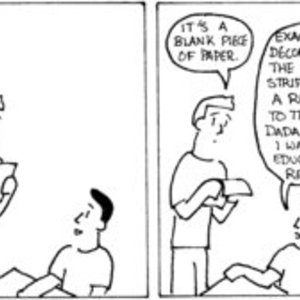 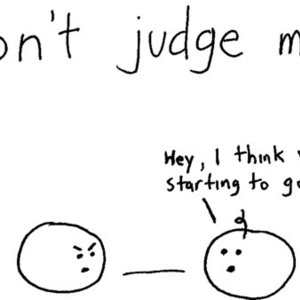 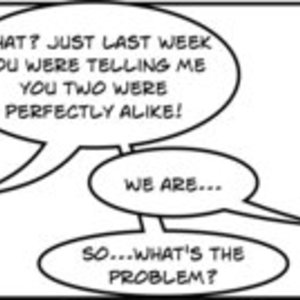 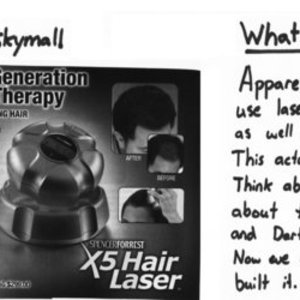 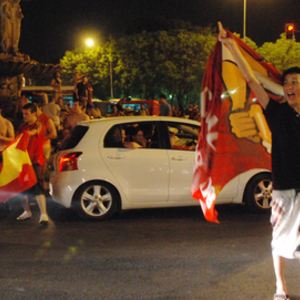 Spaniards celebrate the win of the European Cup in Puerta Jerez in Seville, Spain on June 29.
Andrea Robles—The Tech 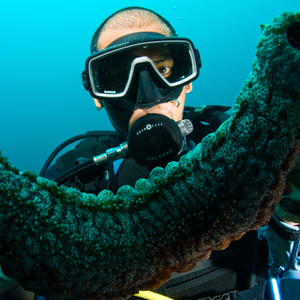 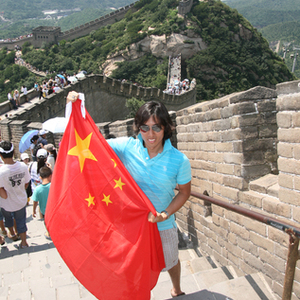 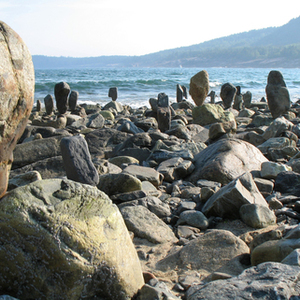 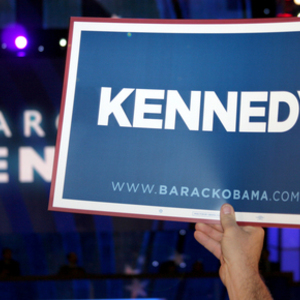 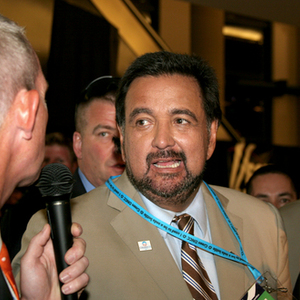 William Blaine Richardson III is seen in an interview during the Democratic National Convention on Monday.
David D. Hsu—The Tech 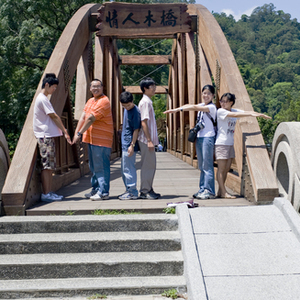