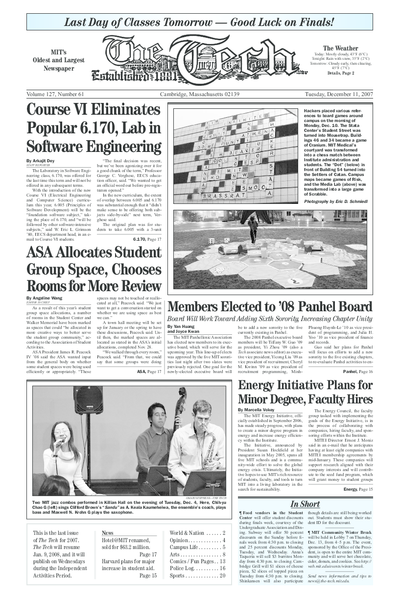 Upon the closing of the sale of Hotel@MIT on Dec. 5, the name of the hotel was changed to La Meridien Cambridge.

Harvard University announced Monday that it would significantly increase the financial aid it offers to middle-class and upper-middle-class students, seeking to allay concerns that elite colleges are becoming too expensive for even relatively well-off families.

The MIT Energy Initiative, officially established in September 2006, has made steady progress, with plans to create a minor degree program in energy and increase energy efficiency within the Institute.

Members Elected to ’08 Panhel Board

The MIT Panhellenic Association has elected new members to its executive board, which will serve for the upcoming year. This line-up of elects was approved by the five MIT sororities last night after two slates were previously rejected. One goal for the newly-elected executive board will be to add a new sorority to the five currently existing in Panhel.

The following incidents were reported to the MIT Police between Nov. 8 and Dec. 2, 2007. This summary does not include incidents such as false alarms, general service calls, larcenies, or medical shuttles.

The Laboratory in Software Engineering class, 6.170, was offered for the last time this term and will not be offered in any subsequent terms.

As a result of this year’s student group space allocations, a number of rooms in the Student Center and Walker Memorial have been marked as spaces that could “be allocated in more creative ways to better serve the student group community,” according to the Association of Student Activities.

A Spectrum of Precipitation

This month Mother Nature has provided us with the full range of winter precipitation, including snow, rain, sleet, and freezing rain. And she’s not done yet. Another weak round of wintry mixed precipitation is expected Tuesday night, followed by a more intense storm Thursday night. High temperatures for the rest of the work week will be in the mid-30s to mid-40s, with lows in the mid-20s to mid-30s.

CIA Had Its Lawyers’ Approval To Destroy Interrogation Tapes

Lawyers within the clandestine branch of the Central Intelligence Agency gave written approval in advance to the destruction in 2005 of hundreds of hours of videotapes documenting interrogations of two Qaida lieutenants, according to a former senior intelligence official with direct knowledge of the episode.

Putin Endorses Loyal Protege To Succeed as Next President

President Vladimir V. Putin on Monday endorsed as his successor Dmitri A. Medvedev, a protege with no background in the state security services and virtually no power base in the Kremlin.

Three weeks before the Iowa caucuses, Republicans voters across the country appear uninspired by their field of presidential candidates, with a vast majority saying they have not made a final decision about whom to support, according to the latest New York Times/CBS News Poll.

When the aging state-owned Weifang East Steel Pipe factory here in China’s northern coastal plains fell into insolvency a few years ago, unpaid workers at first responded by blocking the factory gates and marching angrily on a nearby municipal building.

It is one thing to have power, and another to use it.

The dollar’s falling value is making European automakers eager to build more vehicles in the United States, even as American car companies continue to shift production to lower-cost countries.

<b>W1 (currently Ashdown House) will be fully renovated before it is opened to undergraduates in fall 2010.</b> — thumbs up

Fixing childhood obesity by banning junk food from schools? Are you kidding? I’ll use good ol’ 14.01 (Principles of Microeconomics) to explain why I’ve got a problem with this.

This winter, the Boston Opera House will host “The Nutcracker” during the 115th anniversary of the ballet’s premiere in St. Petersburg, Russia. More than 80,000 people are expected to travel from all over New England to come watch this annual holiday tradition. 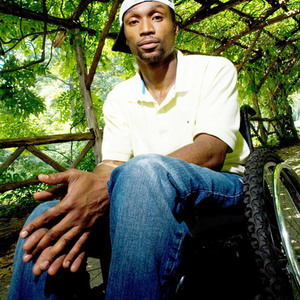 You may know him as MF Grimm, the limit-pushing MC who raps about gingerbread men and movie monsters, recorded a critically acclaimed album in 24 hours, released the first-ever triple-disc hip hop album, <i>American Hunger</i>, and feuds with former ally MF Doom. You may also know him as Percy Carey, a former Sesame Street star who later turned to drug dealing and was shot 10 times over the course of two murder attempts, overcame serious sensory damage but remains confined to a wheelchair, studied law to get himself out of a life imprisonment, and now works as the successful CEO behind his own company, Day By Day Entertainment.

The MIT Sport Taekwondo team took second place at a Nov. 11 tournament at Cornell University. The team, coached by Daniel B. Chuang, remains in second place out of 18 schools in the Ivy Northeast Collegiate Taekwondo League, behind only archrival Cornell. 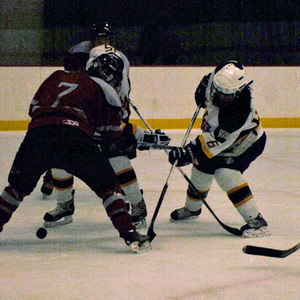 The women’s ice hockey team fell to New England College and the University of Southern Maine in its final two games of the semester, held on Friday and Saturday. MIT will return to the ice after the holiday break.

In the inaugural meeting between both programs, the MIT women’s basketball team defeated Fisher College, 59-29, on Saturday. With the win, the Engineers improved to 3-4 on the year while the Falcons fell to 1-8.

This week, we will explore several ways in which to access MIT e-mail accounts and the advantages that various e-mail clients offer when compared to Webmail.

’Twas the night before Finals, when all through the dorms, 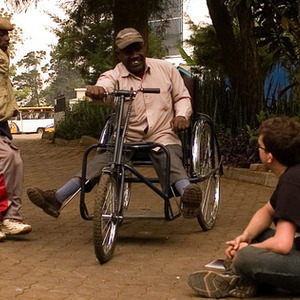 Boy, when people sing about a winter wonderland around here, they ain’t kidding. I’d wager that with the first major snowfall of the year comes an increasingly enthusiastic populace with ideas aplenty as to what to do with it. The fact that many here are from toastier climes and may be unfamiliar with some key properties of snow (such as its effectiveness in projectiles) only adds to the potential for hijinks.

I’ve always been interested in international development. Traveling to exotic places while saving millions of lives — what a double whammy! I call that the perfect job. My friend calls that a hero complex. Nonetheless, I signed up to take the D-Lab: Introduction to Development course (11.025J / SP.723) because it offered a once-in-a-life time opportunity to travel and make a difference. Little did I know that a small assignment called “Practicing Poverty” would change my perspective on international development.

Everyone has, had, or will have this problem. Some have solved it. Others have given up. Colloquially, we refer to the problem as “picking up.” Here, one can’t help but draw a natural comparison to “picking up” hardware at a computer store. If only things were as simple as ordering to specification or as exciting as a buy-one-get-one-free sale. But perhaps the real dilemma lies in the vagueness of our colloquial talk. In light of the fact that MIT students are such unbelievable pset solvers, we might as well reformulate our problem in a more familiar language:

Cipher in My Cereal 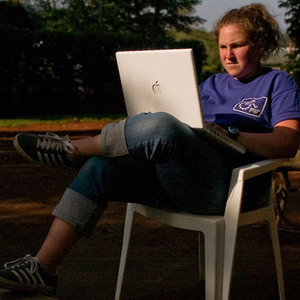 Tish Scolnik ’10 takes her work outside at Mobility Care in Arusha, Tanzania to catch some rays with her local co-workers.
Christina Kang—The Tech

Christina M. Ottomeyer ’08 cross-checks senior Jenna Stanley of the University of Southern Maine in Saturday’s women’s ice hockey match. The Engineers were shut out in a 9-0 loss.
Ana Malagon—The Tech

The latest endeavor of Percy Carey, also known as MF Grimm, is the graphic novel Sentences: The Life of MF Grimm, based on his own life’s incredible twists and turns.
Michele Crowe—Day by Day Entertainment 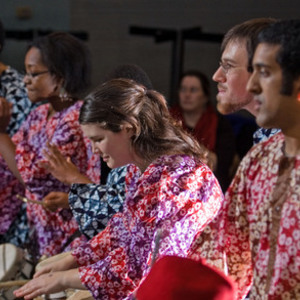 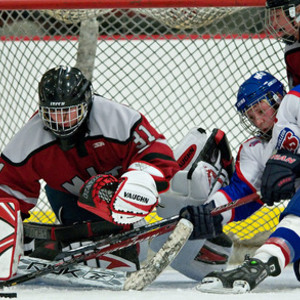 New England College’s junior forward Emily Tanguay tries to put the puck in the back of the net while MIT’s forward Lauren A. Kazmierski ’11 (right) and goalie Rachel A. Bowens-Rubin ’11 (left) defend. The women’s ice...
David M. Templeton—The Tech 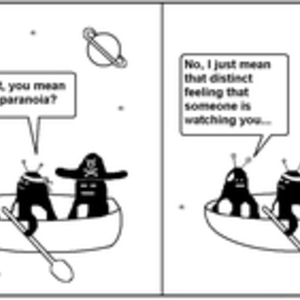 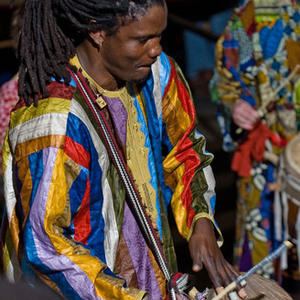 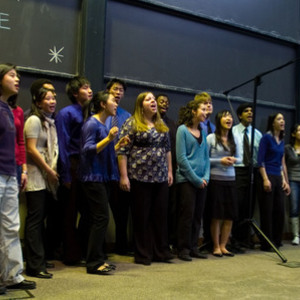 Alumni join the MIT Cross Products for their alumni song, “The Reason We Sing.” The Cross Products performed their fall concert in 10-250 on Saturday, Dec. 8.
Martin Segado—The Tech 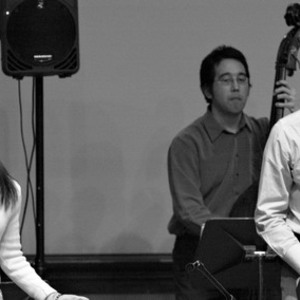 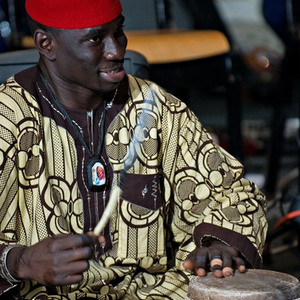 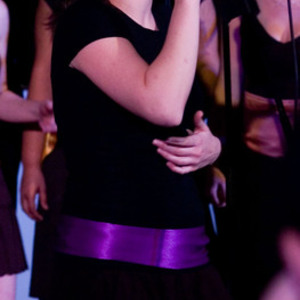 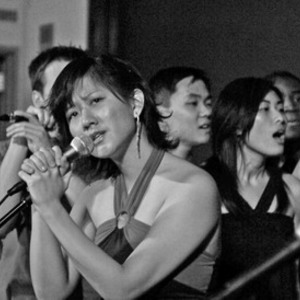 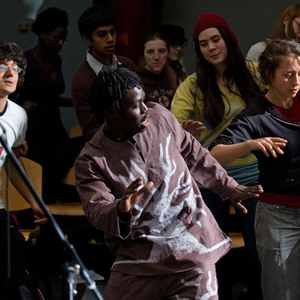 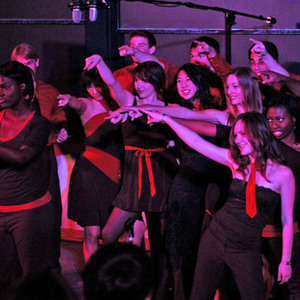 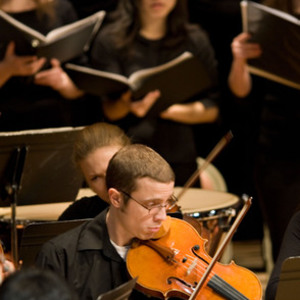 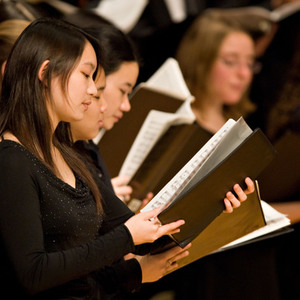 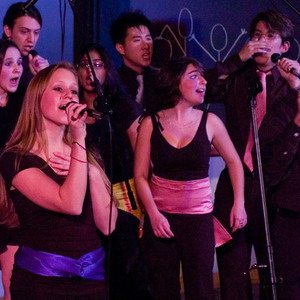 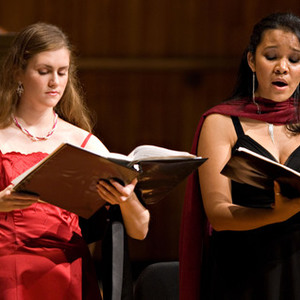 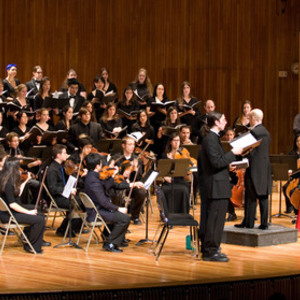 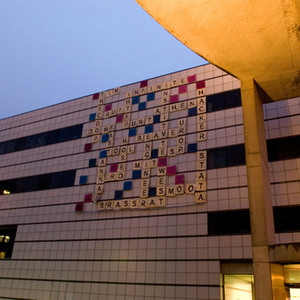 Hackers placed various references to board games around campus on the morning of Monday, Dec. 10. The Stata Center’s Student Street was turned into Mousetrap. Buildings 46 and 34 became a game of Cranium. MIT Medical’...
Eric D. Schmiedl—The Tech

Mario A. Bollini ’09 takes a break to sit and chat with some of the community members that are testing his new module for a hand-powered tricycle in Nairobi, Kenya.
Christina Kang—The Tech 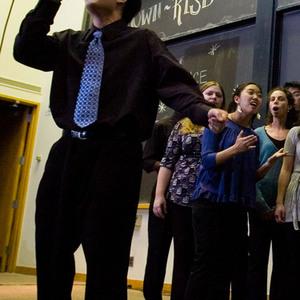 Gabriel A. Ha ’11 sings the lead vocals to the MIT Cross Products’ rendition of “You Are a Child of Mine.” The Cross Products performed their fall concert in 10-250 on Saturday, Dec. 8.
Martin Segado—The Tech 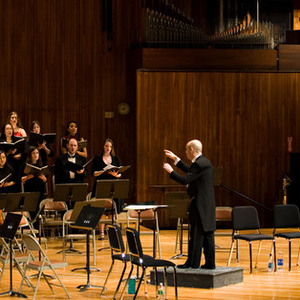 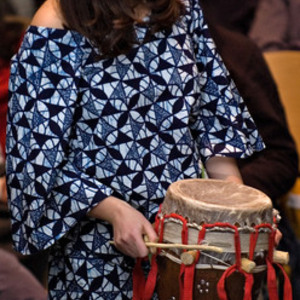 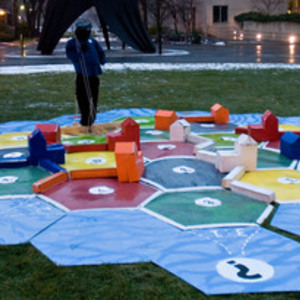 Hackers placed various references to board games around campus on the morning of Monday, Dec. 10. The Stata Center’s Student Street was turned into Mousetrap. Buildings 46 and 34 became a game of Cranium. MIT Medical’...
Eric D. Schmiedl—The Tech
All Photos From Issue