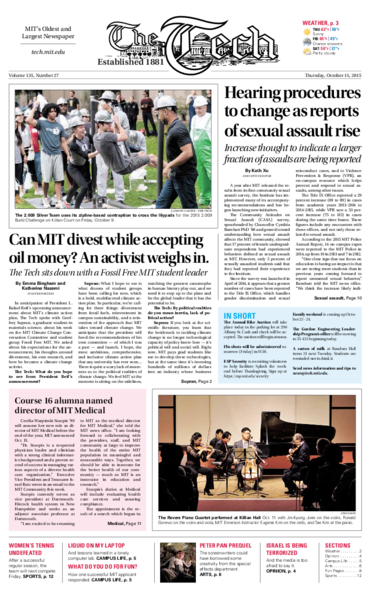 Standing firmly by industry ties, MIT climate action plan has everything but divestment

See here for an updated version of this article.

Can MIT divest while accepting oil money? An activist weighs in.

In anticipation of President L. Rafael Reif’s upcoming announcement about MIT’s climate action plan, The Tech spoke with Geoffrey Supran, a graduate student in materials science, about his work on the MIT Climate Change Conversation Committee and student group Fossil Free MIT. We asked about his expectations for the announcement, his thoughts around divestment, his own research, and how he became a climate change activist.

Hearing procedures to change as reports of sexual assault rise

A year after MIT released the results from its first community sexual assault survey, the Institute has implemented many of its accompanying recommendations and has begun launching new initiatives.

Cecilia Warpinski Stuopis ’90 will assume her new role as director of MIT Medical before the end of the year, MIT announced Oct. 13.

Brace for a brief blast of cold

The Institute will get its first real dose of chilly fall weather this weekend as an Arctic air mass ushers in some of the coldest temperatures this area has seen in months. The frigid air will begin to make its intrusion after the passage of a cold front tomorrow afternoon. The frontal passage will be accompanied by a shift in the wind from southwesterly to westerly, and an increase in wind speed. After the front moves out, a mass of anomalously cold air will make its way down from Canada through New England over the course of the weekend. The result will be that by Sunday, low temperatures will be below 40°F (4°C) and the high may not even reach 50°F (10°C). The last times that low and high temperatures that cold were recorded in Boston were May 2 and June 2, respectively. By Sunday night, temperatures could even threaten to break the freezing mark for the first time since April 2. The predicted temperatures are also particularly low compared to the normal high and low of 61°F (16°C) and 46°F (8°C) for this time of year. It will likely take until Tuesday of next week to return to warmer, more seasonable temperatures.

The Annual Bike Auction will take place today in the parking lot at 290 Albany St. Cash and check will be accepted. The auction will begin at noon.

When terror hits close to home

For the past few weeks, I’ve been glued to my phone. I check it first thing when I wake up in the morning, while I’m eating, while I’m walking down the Infinite, in class, while I’m working on problem sets, and before I go to sleep. But I’m not checking fantasy football stats. I’m checking for reports of another terror attack and word that my little brother is safe.

A rousing mixture of old and new at the BSO

The Boston Symphony Orchestra moves from strength to strength, following its successful season opener with another exceptional program — putting together a new composition by Sebastian Currier, Beethoven’s Piano Concerto No. 3 in C Minor, and a particularly spellbinding rendition of Brahms’ Symphony No. 2. 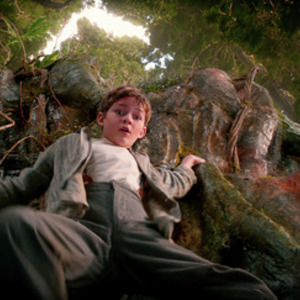 An eye-catching trip to Neverland

The story of Peter Pan is as ageless as Peter himself — what began as a 1904 play by J.M. Barrie is still culturally relevant a century later. There are musicals, movies, video games, and an entire Disney franchise based on the boy who wouldn’t grow up. Maybe it’s because we’ll always cherish the idea of eternal youth, or maybe we just really like pirates.

Teenager shot by an ideology reveals some personality

Nobel Peace Prize laureate Malala. This 18-year-old girl is known as an activist who speaks up for female education and equality. After learning the importance of education through her parents, who ran several schools in Pakistan, she blogged for the BBC and stressed educational equality to the public. She survived a shooting by the Taliban at the age of 15.

New-look Bruins have season cut out for them

Following a fifth-place finish in the Atlantic Conference last season, which saw the Boston Bruins narrowly miss the playoffs, the Bruins’ front office set in motion a mini-rebuilding phase as they seek their first Stanley Cup triumph since 2011-12.

A hat-trick by Bailey Tregoning ’19 coupled with a solid defensive performance from Jane Coffrin ’18 helped propel the MIT field hockey team to a 5-0 victory over Clark University in a NEWMAC contest on Saturday. With the win, the Engineers improved to 8-2 on the year and 4-0 in conference play while the Cougars dipped to 5-7 overall and 1-3 in the NEWMAC.

Allie Hrabchak ’19 scored the solitary goal of the game to lead MIT past Wellesley on Tuesday, Oct. 13. With the win, MIT improved to a 8-5-2 record overall and a 5-1-0 in the NEWMAC.

Unlike most horror stories, ’twas not dark and stormy when disaster struck one mild Friday afternoon. It might as well have been, though — the magnitude of my technological catastrophe should by all rights have triggered a swirling mass of rain and hail. Instead, I was left to gape at the aftermath of my colossal mistake to a backdrop of sun and blue sky. 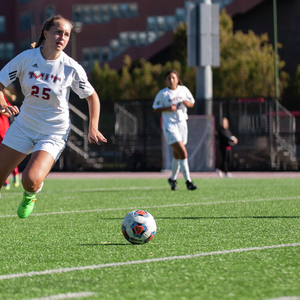 Selin E. Selman ’19 runs for the ball during the game this past Saturday against Clark University. The MIT Engineers beat Clark 4-0.
LENNY MARTINEZ—The Tech 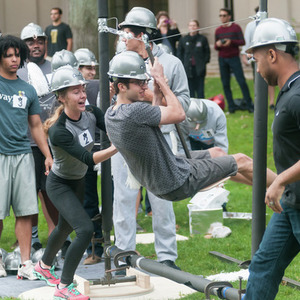 The 2.009 Silver Team uses its zipline-based contraption to cross the lilypads for the 2015 2.009 Build Challenge on Killian Court on Friday, October 9.
Landon carter—The Tech 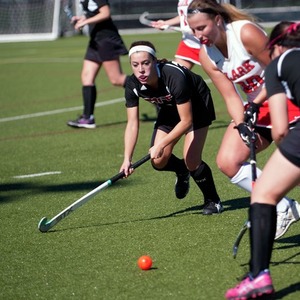 Kathryn A. Notarangelo ’18 chases after the ball this past Saturday. The MIT Engineers beat Clark University 5-0.
Lenny martinez—The Tech 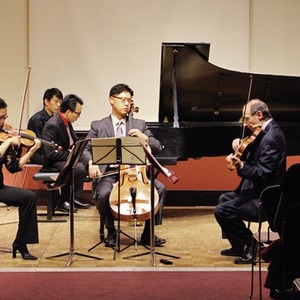 The Revere Piano Quartet performed at Killian Hall Oct. 11 with Jin-Kyung Joen on the violin, Ronald Gorevic on the violin and viola, MIT Emerson Instructor Eugene Kim on the cello, and Tae Kim at the piano.
Jisoo min
All Photos From Issue