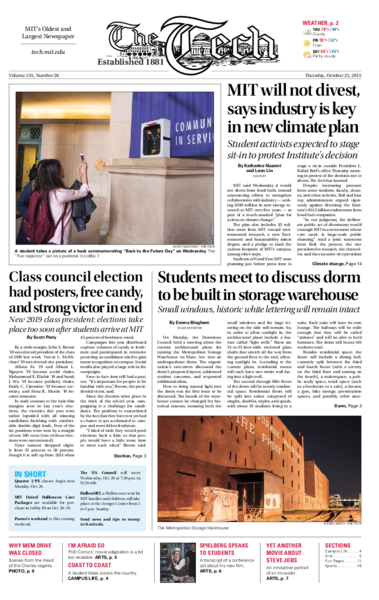 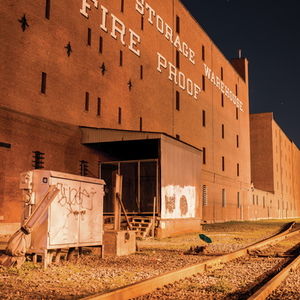 Students meet to discuss dorm to be built in storage warehouse

On Monday, the Dormitory Council held a meeting about the current architectural plans for turning the Metropolitan Storage Warehouse on Mass. Ave. into an undergraduate dorm. The organization’s executives discussed the dorm’s proposed layout, addressed student concerns, and requested additional ideas.

MIT said Wednesday it would not divest from fossil fuels, instead announcing efforts to strengthen collaboration with industry — seeking $300 million in new energy research at MIT over five years — as part of a much-awaited “plan for action on climate change.”

Up and down end-of-week weather

There will be a lot of variability in Cambridge’s weather through the weekend as we experience a few different frontal passages. A warm front passing through will bring very warm weather this afternoon, with the high reaching into the low 70s °F. The warmth will be short-lived, however, as a cold front moves through tomorrow, dropping the high down to the mid 50s °F and the overnight low to around freezing. There is a chance of rain this evening and the possibly more rain on Sunday.

For the second year in a row, the Next Haunt student group will host a Halloween-themed escape-the-room challenge. 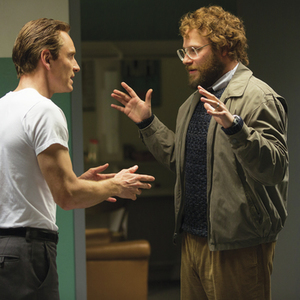 It is undeniable that Steve Jobs, through the technical innovations he spearheaded as the head of Apple Inc., profoundly impacted the way we relate to our machines and, through them, to each other. 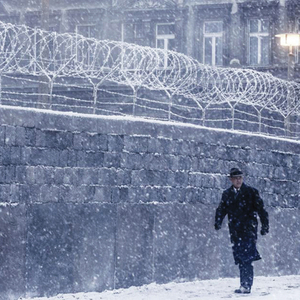 Framed in conversation: Bridge of Spies

The Glienicke Bridge, today a mundane cantilever thoroughfare, was once a gateway between East and West Berlin, between two ideologies opposed for decades on the brink of war. Yet, instead of the Glienicke’s becoming a Cold War battleground, it was a symbol of freedom and diplomacy. At its midpoint, high above the Havel River, dozens of captured agents crossed over to their countrymen on the other side between 1962 and 1986. Its four prisoner exchanges between the Soviets and the West across two decades, seminal moments in Cold War history, gave rise to the Glienicke’s enduring alias — the Bridge of Spies.

If you ever need help procrastinating

If you are a frequent reader of the comics section of The Tech, you’ll be familiar with Piled Higher and Deeper, the home of the chocolate-loving Cecilia, the consistently unproductive Mike Slackenerny, and our lovable, flawed, and forever lost-in-purpose Nameless Hero. These slice-of-life comics portray the unfortunate (for them) but hilarious (for us) day-to-day struggles of graduate students. A live-action film adapted from Jorge Cham’s PhD Comics, The PhD Movie 2 follows the paths of Winston, the Nameless Hero who is finally graced with a name, and Cecilia. 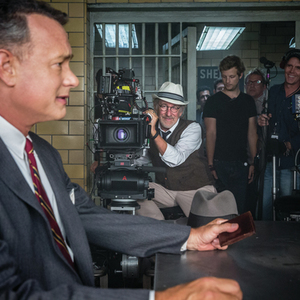 The Tech talks to Steven Spielberg

Steven Spielberg is a man with great respect for history. Early in his four-decade career, his films were archetypes of Hollywood blockbusters — the modern adventure and sci-fi genres were built upon Close Encounters of the Third Kind, Raiders of the Lost Ark, and E.T. the Extra-Terrestrial, among his other works. He then sojourned into new territory, broaching humanistic themes in critically acclaimed historical dramas. His WWII-era portrayals of the struggles of two remarkable men in Schindler’s List and Saving Private Ryan showed that he had the skill and tenacity to recreate pivotal events in history through cinema.

The MIT sailing team, ranked No. 18 in the latest Coed College World Sailing poll, registered a first, sixth and eighth place finish at the New England Intercollegiate Sailing Association (NEISA) Invitational, hosted by the Engineers, and finished fifth at the Captain Hurst Bowl, hosted by Dartmouth College over the weekend. 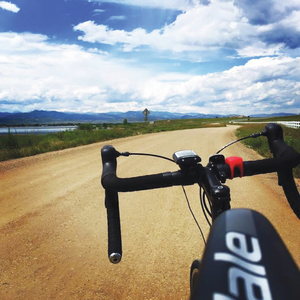 Why bike across America?

This is the first article in a two-part series about a biking/teaching adventure across America. Part One describes what a 3,000-mile bike trip feels like and why a sane person would ever willingly embark on one.

Tom Hanks and director Steven Spielberg on the set of Bridge of Spies.
Disney DreamWorks Pictures 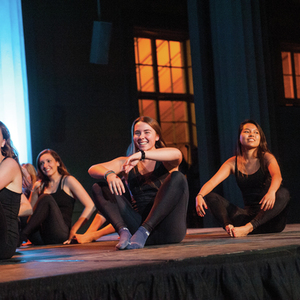 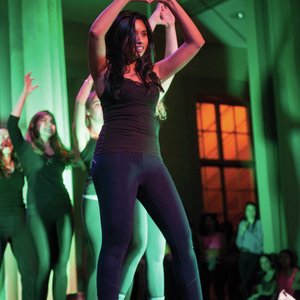 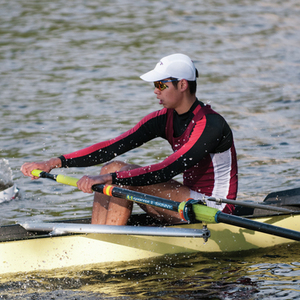 Hamilton Eng ’18 rows with the men’s heavyweight eights at the Head of the Charles regatta.
lenny martinez—The Tech 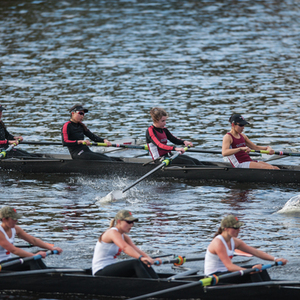 The women’s lightweight eights row at the Head of the Charles regatta.
lenny martinez—The Tech 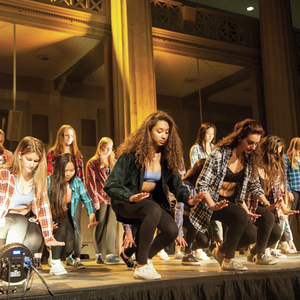 The view from a bike as the team left Denver and approached the Rockies.
drew bent—The Tech 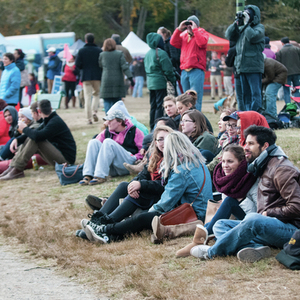 Spectators watch from Cambridge as rowers speed by during the Head of the Charles regatta.
lenny martinez—The Tech 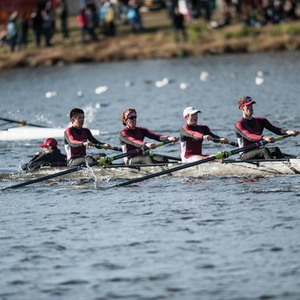 The men’s lightweight fours row at the Head of the Charles regatta.
Daniel Mirny—The Tech 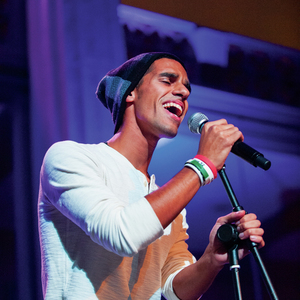 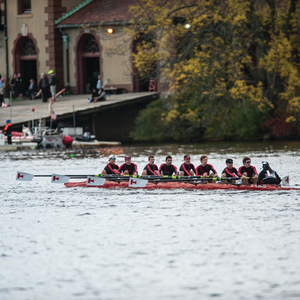 The men’s lightweight eights row at the Head of the Charles regatta.
lenny martinez—The Tech 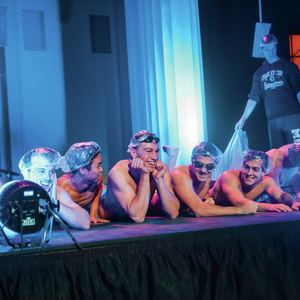 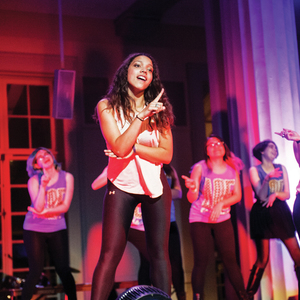 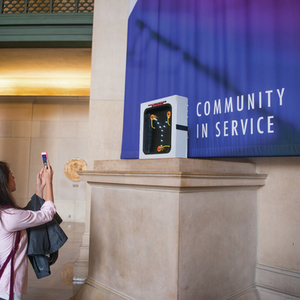 A student takes a picture of a hack commemorating “Back to the Future Day” on Wednesday. The “flux capacitor” sat on a pedestal in Lobby 7.
Lenny Martinez—The Tech 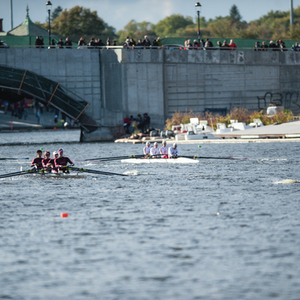 The men’s lightweight fours pass Weeks Bridge at the Head of the Charles regatta.
Daniel mirny—The Tech
All Photos From Issue