Greek life used to make me shriek. As a result of growing up in a southern college town, the words fraternities and sororities became synonymous to me with partying, money, and stupidity. Even though I viewed Greek life in a negative way, I still made the decision to go through recruitment this year. To be honest, I’m not really sure why. When people asked, I would tell them that sorority sisters form tight bonds and I was interested in that. But, I suspect I also saw it as some form of rebellion against my parents, who were not fans of the whole Greek Life culture. Whatever the reason was, the week of orientation, I entered my information onto the sorority recruitment page and was ready to go.

On numbers, and other existential crises

My first day of class, I was up before my alarm. I typically take an extra ten minutes to mourn the end of summer. That morning, however, was the exception. That morning was a magical microcosm of perfection, on par with a sunny “getting-ready-for-school” movie montage. I could almost hear faint echoes of peppy ukulele music.

So how exactly do I make an app?

It might be exaggeration on my part to say that I’m wholly illiterate, but compared to the ever-expanding language of computers, my programming experience pretty much equates to knowing the alphabet. Two Saturdays ago, equipped with a somewhat functioning knowledge of command prompt and for loops, I entered the cavernous hub of ingenuity that is HackMIT.

Learning to take rain by storm

There are times when I can forgive myself for unleashing my inner music fangirl. Even rarer are the occasions when I can allow myself to release her in public. During Boston Calling, two days before my first hell week, was one such occasion. In that period of pre-hell week, I saw armies of deadlines and tests march toward my slapdash barricade — namely, the weekend — but it was too early for a call to action. All I could do was sit quietly in a corner and hope that if I ate enough chocolate, I would survive the trials to come.

Unlike most horror stories, ’twas not dark and stormy when disaster struck one mild Friday afternoon. It might as well have been, though — the magnitude of my technological catastrophe should by all rights have triggered a swirling mass of rain and hail. Instead, I was left to gape at the aftermath of my colossal mistake to a backdrop of sun and blue sky.

Stinky gym uniforms, awkward locker room conversations, and getting hit in the head with a basketball. These are just a few of the horrid memories I have of high school PE. Yeah, not exactly how I wanted to spend my freshman year of high school. 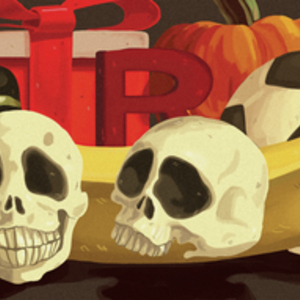 There are few text messages in this world that would prompt me to ditch a Chipotle burrito bowl and sprint back to campus. These anomalies include: “fountain of youth sprung from burst New House pipe,” “Random Hall milk gained sentience,” and “free pizza at Burton-Conner front desk.” On Halloween night, while taking advantage of the burrito discount, I received one such text of immense motivational caliber.

Saving time and turning back the clock

Last week, a few select individuals on campus celebrated another holiday on Nov. 1: a moment of quiet victory for everyone who adores sleep. Just last week, many of us experienced our very first daylight saving time switch.

Watery eyes. Constant yawning. Nodding off in class. These are common side effects of not getting enough sleep. They are also typical characteristics of MIT students.