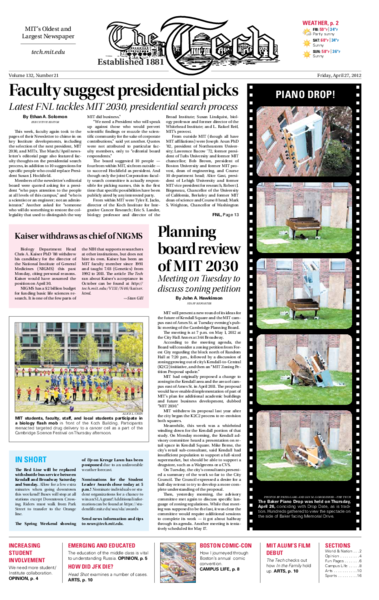 This week, faculty again took to the pages of their Newsletter to chime in on key Institute developments, including the selection of the next president, MIT 2030, and MITx. The March/April newsletter’s editorial page also featured faculty thoughts on the presidential search process, in addition to 10 suggestions for specific people who could replace President Susan J. Hockfield.

The Red Line will be replaced with shuttle bus service between Kendall and Broadway Saturday and Sunday. Allow for a few extra minutes when going downtown this weekend! Buses will stop at all stations except Downtown Crossing. Riders must walk from Park Street to transfer to the Orange line.

Planning board review of MIT 2030

MIT will present a new round of its ideas for the future of Kendall Square and the MIT campus east of Ames St. at Tuesday evening’s public meeting of the Cambridge Planning Board.

Kaiser withdraws as chief of NIGMS

Biology Department Head Chris A. Kaiser PhD ’88 withdrew his candidacy for the director of the National Institute of General Medicines (NIGMS) this past Monday, citing personal reasons. Kaiser would have assumed the position on April 30.

Current members of the MIT Faculty Newsletter editorial board

Paul Sagan, chief executive of Akamai Technologies Inc., the giant Internet infrastructure company in Cambridge, said Wednesday that he would leave his post by the end of 2013, as the company adapts to the increasing use of mobile devices to surf the Internet.

In comparison to this winter’s record warmth, the seasonable temperatures in the Cambridge area this weekend might feel quite cool. Cold and wet air behind a departing low pressure system will give rise to breezy, mostly clear skies with highs in the low 50’s F and lows dropping almost to freezing.

The new Russians: emerging and educated?

The United States and its supporters have hardly been able to contain their excitement at the winds of democratic change that they perceive as blowing in the Arab world and other regions following recent anti-government uprisings. But this has often led to misinterpretation and inflation of the actual number and honorable motives of the protesters. The Western media’s assessment of the recent street protests in Russia is no exception. The misjudgment and embellishment of the popular opposition and reactionary forces in Russian society by the West is in fact not confined to their size, but also their quality — or one could say, the “spirit” behind them.

Though the Institute is famous for its ability to innovate for the greater society, it is also equally well-positioned to solve for problems residing within its own walls. As opposed to bringing in expensive outside consultants or expanding the administrative hierarchy in order to address the dynamic issues/problems facing MIT, we would like to propose a paradigm shift towards looking inwards first to see what types of novel solutions can be generated far before RFPs and Calls for Applicants are ever distributed. As a basis for this hypothesis consider that this month, members of the Committee on Student Life (CSL) received a presentation from the Graduate Student Council’s (GSC) Transportation Working Group (TWG) which did just that: The TWG leveraged MIT skill sets to help it creatively solve shared problems and seize upon new opportunities.

“We’ve just been kicked in the groin.”

The headline for an opinion article published on Tuesday incorrectly states the number of people in Russia. The number is actually 143,030,106, not 1,234,571.

Putting the horse in front of the cart

A front page for The Onion dated November 22, 1963 reads: “Kennedy Slain By CIA, Mafia, Castro, LBJ, Freemasons.” I’d bet you a nickel that many people find that headline funny. I know it made me laugh. Although the assassination of John F. Kennedy is one of the most traumatic events in American history, the joke works because the reader is familiar with the barrage of wildly speculative and imaginative conspiracy theories that followed the tragedy, regarding the identity and motives of the killer. Yet most, if not all, of the parties mentioned above in jest have been proposed in all seriousness at some point as conspirators in Kennedy’s assassination in hundreds of books and documentaries. Such is the level of ridicule to which assassination theories have sunk in their efforts to seek closure to what is obviously still an unanswered question, and an open wound. 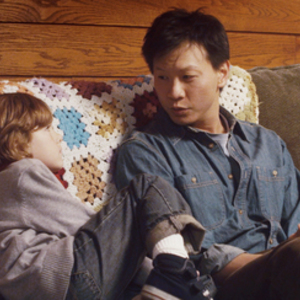 In the Family is delicate and slow-brewing

An admirable debut from writer-director-actor Patrick Wang ’98, In the Family examines the timeless story of a father’s love with a topical twist. The gay, Southern-born, Asian-American Joey Williams (Wang) lives in Tennessee with his partner, the schoolteacher Cody Hines (Trevor St. John), and Cody’s 6-year-old biological son, Chip (the talented Sebastian Brodziak). Joey’s an average guy with a big heart; he comes from a foster family background and changed his Asian birth name in memory of his foster parents. Through a series of flashbacks, we learn how Joey met Cody: A contractor by trade, Joey met the then-married Cody as a client; the two formed a close bond after Cody’s wife passed away, and both of them were surprised when it turned into a romance. 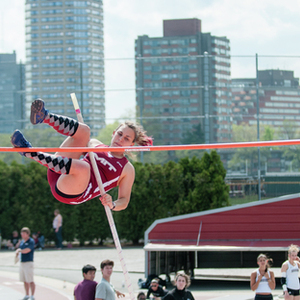 This past weekend the MIT track and field team was split between two invitational meets. Although the meets were non-scoring, MIT posted some solid performances as the team prepares for the championship season. 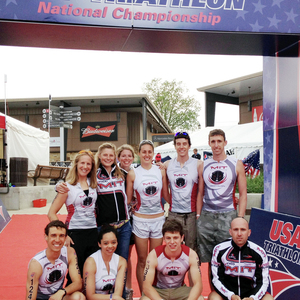 Nine triathletes compete at Nationals in Ala.

This past weekend, five men and four women from the MIT Triathlon Club competed at the USA Triathlon Collegiate National Championships in Tuscaloosa, Ala. Members raced against 1,200 graduate and undergraduate triathletes from over 100 schools across the nation in an Olympic distance triathlon, which consists of a 1500-meter swim followed by a 25-mile bike and a 6.2-mile run. The entire event takes between two and three hours to complete, with the fastest elite males finishing in just under two hours. 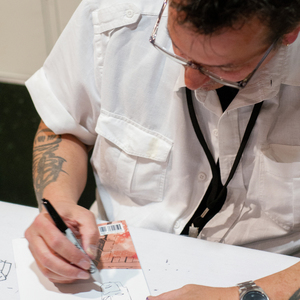 A far cry from the choked hallways and extravagant TV and movie premieres of the San Diego Comic-Con, Boston Comic Con is a true convention for comic books, their creators, and their fans. It’s somewhere where fans can have great interactions with their favorite artists as well as meet new ones, and take part in events that were truly about the joy of comic books. 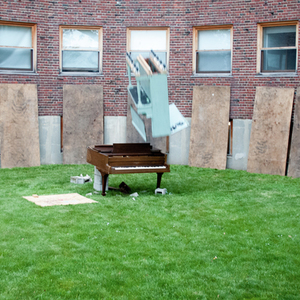 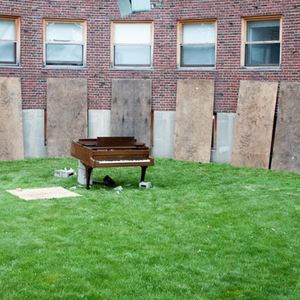 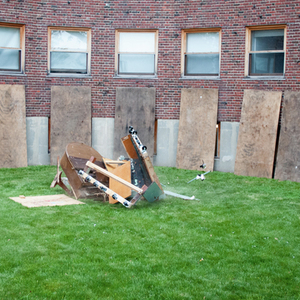 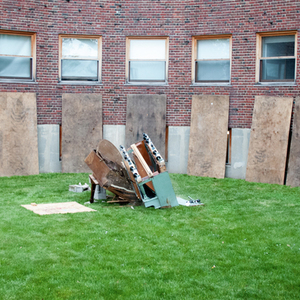 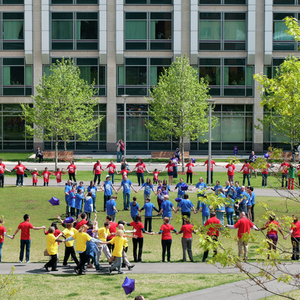 Alice L. Chen MIT students, faculty, staff, and local students participate in a biology flash mob in front of the Koch Building. Participants reenacted targeted drug delivery to a cancer cell as a part of the Cambridge Science Festival on Thursday after

Patrick Wang’s In the Family tells the story of a man (Wang) who must fight for custody of his son (Sebastian Brodziak) after the death of his partner.
inthefamilythemovie.com 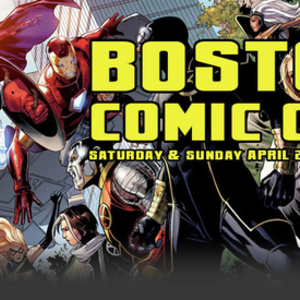 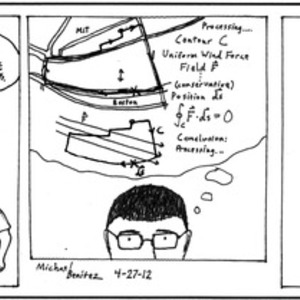 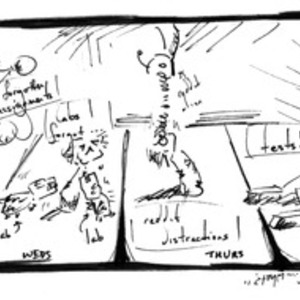 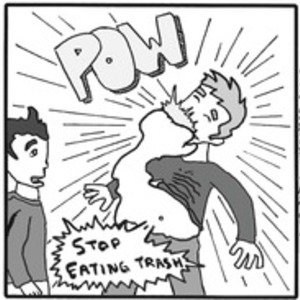 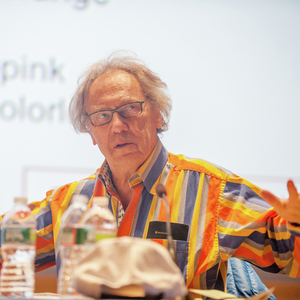 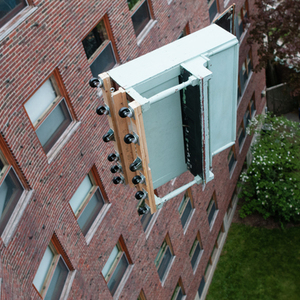 Teenage Mutant Ninja Turtles co-creator Kevin Eastman inks a sketch for a fan at his booth in the main hallway.
Steve Sullivan—The Tech 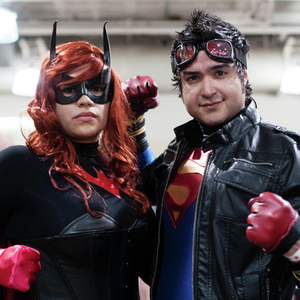 Two DC Comic cosplayers pose for a photo together in the hallways of Boston Comic-Con.
Steve Sullivan—The Tech 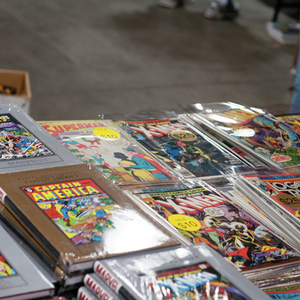 Stacks of comics litter the tables of a merchant’s booth.
Steve Sullivan—The Tech 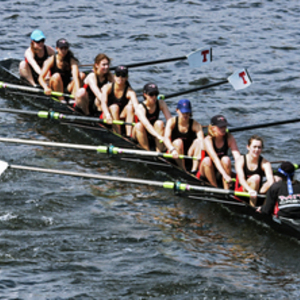 The MIT women’s varsity lightweight crew team rows in a regatta co-hosted by MIT and Harvard-Radcliffe on Sunday. Other teams competing in the regatta included the University at Buffalo, UMass, and Stanford.
Xiaoyi Ren

Katherine A. Wymbs ‘14 leaps in the women’s pole vault at MIT’s non-scoring Spring Invitational this past Saturday afternoon. The Engineers will be competing in the New England Women’s and Men’s Athletic Conference ch...
Tiffany Ira Huang—The Tech
All Photos From Issue