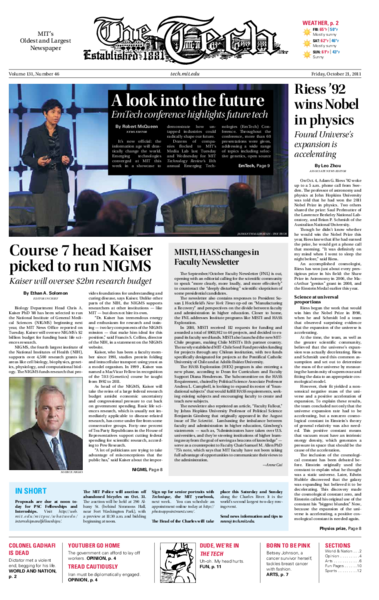 EmTech was not only about what technologies currently exist, but also about the technologies that would come to be. Technology Review has picked 35 of the top innovators under the age of 35 (also known as the TR35) that will likely change the world in the future. All of them were invited to the conference to give a 4-minute elevator pitch about the technologies they were developing. Their work targets up-and-coming and new industries ranging from ubiquitous computing, to cloud technologies, to personalized healthcare and beyond.

On Oct. 4, Adam G. Riess ’92 woke up to a 5 a.m. phone call from Sweden. The professor of astronomy and physics at John Hopkins University was told that he had won the 2011 Nobel Prize in physics. Two others shared the prize: Saul Perlmutter of the Lawrence Berkeley National Laboratory, and Brian P. Schmidt of the Australian National University.

A Tuesday article on the Occupy Boston protests spelled Nadeem A. Mazen ’06’s name incorrectly. It is “Mazen,” not “Mazem.” 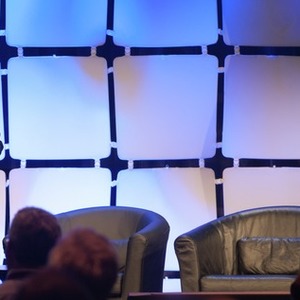 A look into the future

It’s now official: the information age will drastically change the world. Emerging technologies converged at MIT this week in a showcase to demonstrate how untapped industries could radically shape our future.

Proposals are due at noon today for PSC Fellowships and Internships. Visit http://web.mit.edu/mitpsc/whatwedo/internshipsandfellowships/. 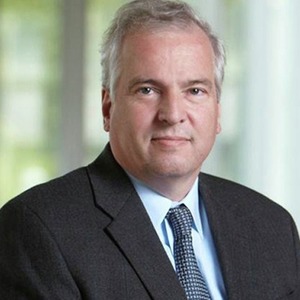 The September/October Faculty Newsletter (FNL) is out, opening with an editorial calling for the scientific community to speak “more clearly, more loudly, and more effectively” to counteract the “deeply disturbing” scientific skepticism of some presidential candidates.

ISTANBUL — Turkey’s offensive against Kurdish militants this week is one of its largest military operation in years, with 10,000 troops backed by warplanes pursuing rebels in southeastern Turkey and northern Iraq, the Turkish army said Thursday.

The owner of the Ohio wildlife preserve, who authorities say set dozens of lions, tigers, bears, and other animals free, was bitten by one of his large cats, apparently after he fatally shot himself, officials said Thursday. The head wound to the man, Terry Thompson, 62, was “consistent with a tiger bite,” Sheriff Matt Lutz of Muskingum County said, referring to results from Thompson’s autopsy report.

An erratic leader, Gadhafi was brutal to the end

Moammar Gadhafi, the erratic, provocative dictator who ruled Libya for 42 years, crushing opponents at home while cultivating the wardrobe and looks befitting an aging rock star, met a vengeful and violent death Thursday at the hands of the Libyan forces that drove him from power.

Would the weather last Wednesday or Thursday be your ideal weather for the weekend? Ponchos and umbrellas were common across campus on Wednesday as a tight low pressure system moved north across the Mid-Atlantic states. The system brought heavy rain (1.64” at Logan Airport) and high winds to many areas. Then, as dryer air was pulled in from the South yesterday, the rain departed and the sun popped out. Well, the sunshine should stick around through this weekend, with winds slowly diminishing each day as a broad high pressure approaches from the southwest. Temperatures will also remain normal for this time of year, with highs in the lower 60s (15°C) and lows in the mid 40s (4°C). For the weather enthusiasts, sorry you couldn’t see Wednesday’s weather again this weekend.

The fate of Pennsylvania’s financially troubled capital city, Harrisburg, took another twist in a long road Thursday, when Gov. Tom Corbett signed a bill permitting him to place the city into receivership.

FRANKFURT, Germany — The grand plan is on pause.

WASHINGTON — For the second time in 10 days, the Senate moved Thursday toward a showdown over Democratic efforts to take up a jobs bill championed by President Barack Obama.

The road forward for American-Iranian diplomacy

When U.S. Alcohol, Tobacco, and Firearm agents decided to sell guns to Mexican drug cartels as part of some inscrutable scheme to battle the drug trade, it’s unlikely they were acting as conspirators in some grand Machiavellian plan to restrict U.S. gun rights or achieve some devious geopolitical goal in Mexico. They embarked foolishly on a doomed adventure of their own choosing, and little else should be read into the events that transpired.

GETTING OUT OF THE RED YouTuber go home

Between January 2008 and January 2010, the U.S. private sector shed 9.8 percent of its workforce, either through layoffs or reduction of employee hours. One might have expected the output of the private sector to have declined during the same period, but no — Real Gross Domestic Product remained essentially the same.

MOVIE REVIEW Hey, does this haircut make me look like Voldemort?

50/50 is ultimately a film about friendship through hardship. When Adam (Joseph Gordon-Levitt) learns that he has a malignant tumor, his friend Kyle (Seth Rogen) and new girlfriend Katie (Anna Kendrick) try their best to help Adam deal with his emotional and physical pain. Unfortunately, Kyle isn’t the most eloquent character, and only has his mind on gettin’ some. Screenwriter Will Reiser depicts this story brilliantly — a story based on his own experience with cancer and his friendship with Seth Rogen. 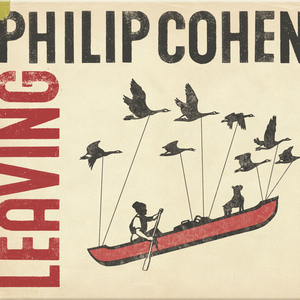 INTERVIEW A chat with Philip Cohen

Sloan student Philip Cohen G has a new project — and with its original melodies, smooth bass, and powerful lyrics, it lies far outside the traditional business realm. Leaving, an album of 14 songs written by Cohen, was pre-released last month and is available on his website for free. 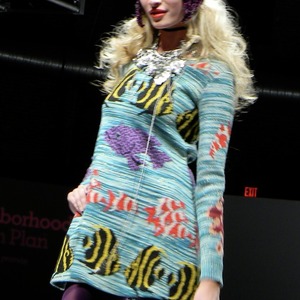 Born to be pink

On Saturday, Oct. 15, Betsey Johnson presented her Fall Winter 2011/2012 Ready-to-Wear collection at the Cyclorama at the Boston Center for the Arts. The models strutted down the runway in playful tartans, stripes, and animal prints to “Run the World (Girls)” and “Sweet Caroline” (with the crowd singing along to the latter). After the show, Betsey performed her famous cartwheels and splits across the runway and danced around with the models, who sported bright pink “We can do it!” tanks. The subject hits close to home for Betsey, who is a breast cancer survivor. Proceeds from the night went to the South End Community Health Center, of which her brother Bob (pictured) is president.

Who will take the win? Cardinals vs. Rangers

Editor’s Note: The Fall Classic. Of the 30 teams to begin the 2011 MLB season, only two are left: the Texas Rangers and the St. Louis Cardinals. After six-and-a-half months of baseball, only seven games remain. As this year’s playoffs have already shown, anything can happen in such a short series. (Even, perhaps, the predictions made by the Tech’s Sports Staff below). With bragging rights and a dinner on the line, will we be able to shed our reputation for making horribly inaccurate picks? 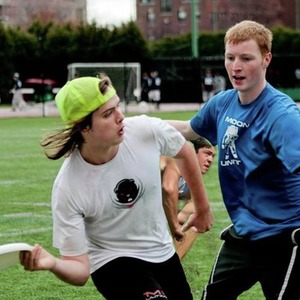 Robert A. “Bobby” Weber ’13, a junior in Course 15, plays cutter for the MIT Men’s Ultimate team. Passionate about the sport since his early years, Bobby started an Ultimate frisbee club in his high school and later played on a team that achieved second place at state competitions twice in a row. When he got to MIT, he was taken under the wing of former MIT Ultimate star Isaac T. Entz ’11, whom Bobby admires considerably. “If I had to describe our team in two words, it would be Isaac Entz. He is an inspiration to all of us and a true mentor.”

Chris A. Kaiser PhD ’88 has been selected to head the National Institute of General Medical Sciences (NIGMS), the fourth-largest institute of the NIH.
source:NIGMS 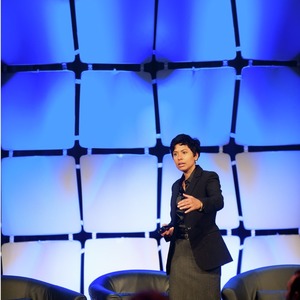 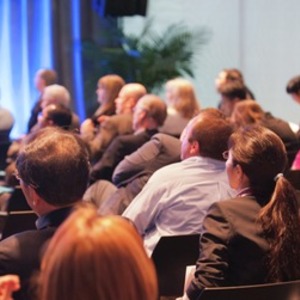 EmTech attendees heard about technologies which may come to define our world.
Jaswanth Madhavan—The Tech 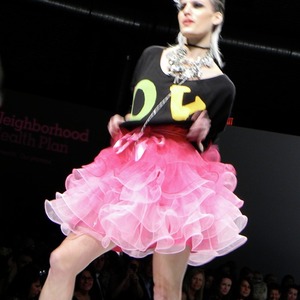 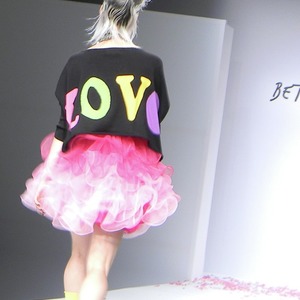 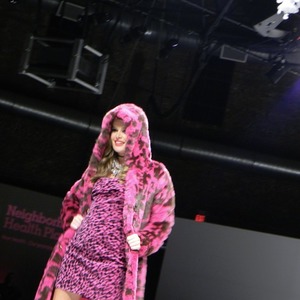 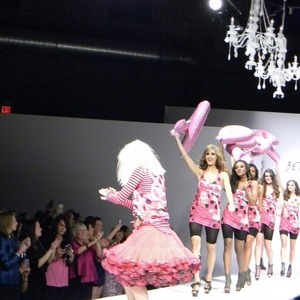 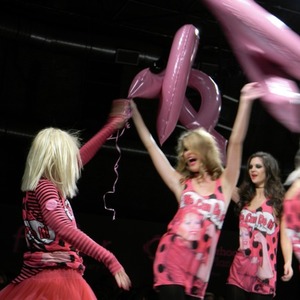 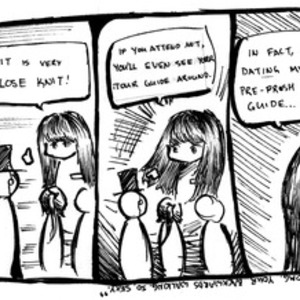 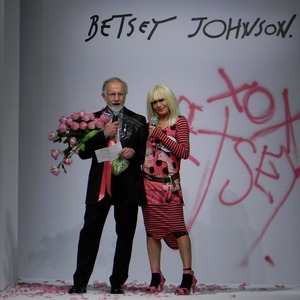 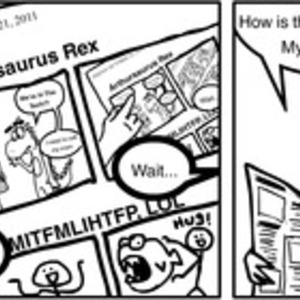 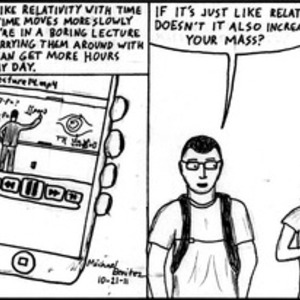 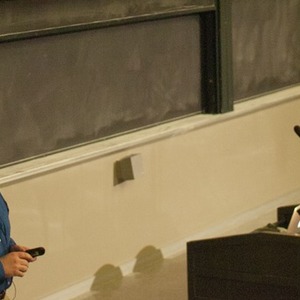 Physics Nobel Prize winner Adam G. Riess ’92 gives a talk in 10-250 about his research in measuring the rate of expansion of the universe. The auditorium filled in the first three minutes.
Andrea Fabre 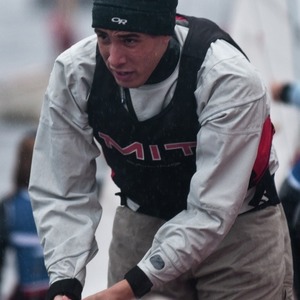 Ann Marie Sastry spoke at the Emerging Media (EmTech) conference on Wednesday. Sastry, professor of engineering at the University of Michigan and founder of Sakti3, was one of the many distinguished speakers at EmTech...
Jaswanth Madhavan—The Tech
All Photos From Issue