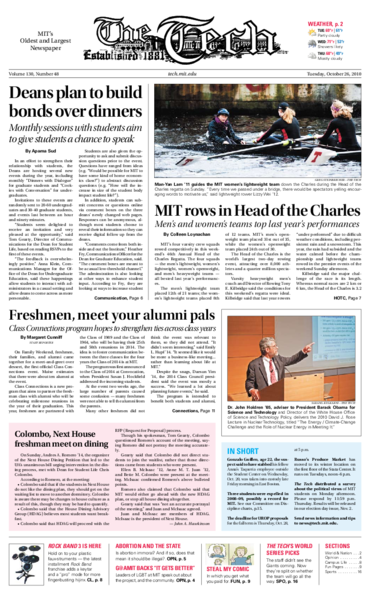 Last month’s early-morning car crash that left one person injured but Tom Brady unharmed was more than a close call for the New England Patriots quarterback. It was also a great marketing opportunity.

Sharon Bolton spotted “those funky tags” — known formally as two-dimensional bar codes — when she took her college-age daughter to catch a train at the Rensselaer rail station in Albany, N.Y., last week.

A story on Friday, October 15 about the MIT-Greater China Strategy Working group misstated the name of the founder of Sohu.com. He is Charles Zhang PhD ’93, not Zhu.

In an effort to strengthen their relationship with students, the Deans are hosting several new events during the year, including monthly “Dinners with Dialogue” for graduate students and “Cookies with Conversation” for undergraduates. 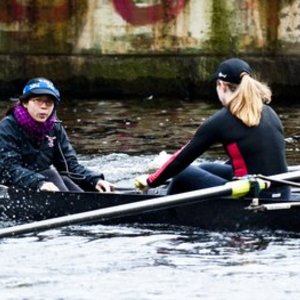 MIT rows in Head of the Charles

On Family Weekend, freshmen, their families, and alumni came together for a meet-and-greet over dessert, the first official Class Connections event. Muise estimates that there were about ten alumni at the event.

On Sunday, Andres A. Romero ’14, the organizer of the Next House Dining Petition that led to the UA’s unanimous bill urging intervention in the dining process, met with Dean for Student Life Chris Colombo. 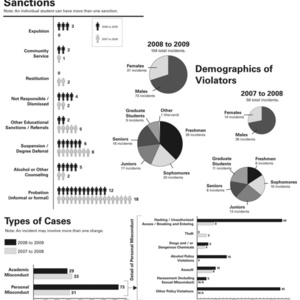 WASHINGTON — The Obama administration, facing a vexing relationship with China on exchange rates, trade and security issues, is stiffening its approach toward Beijing, seeking allies to confront a newly assertive power that officials now say has little intention of working with the United States.

NEW YORK — Carl Paladino has recruited his wife to hit the campaign trail and has put his daughter in a new commercial urging voters to “get to know my dad.” At the same time, Andrew Cuomo has rolled out an advertisement touching on abortion and has ferried his daughters across New York state in an RV on a political tour.

Political divide on deficit likely to grow after midterm election

WASHINGTON — A midterm campaign that has turned heavily on the issue of the mounting federal debt is likely to yield a government even more split over what to do about it, people in both parties say, with diminished Democrats and reinforced Republicans confronting internal divisions even as they dig in against the other side.

As banks, borrowers and regulators battle over how much faulty documentation by lenders should impede foreclosures, fresh evidence came Monday that the housing market remained very wobbly.

MAPLE HEIGHTS, Ohio — Democrats have tried improving the political climate, discrediting their Republican opponents and asking Americans for patience in tackling the nation’s challenges, but the party’s best hope of stemming deep losses on Election Day may now rest on loyalty and logistics, not persuasion.

WASHINGTON — The federal government announced the first national emissions and fuel economy standards for heavy vehicles Monday, one of a series of regulatory steps that the Obama administration is taking to increase energy efficiency and reduce atmospheric pollution in the absence of congressional action on climate change.

The northern Midwest states are in the direct path of a rapidly strengthening low pressure system. Winds over 50 mph, rain, and thunderstorms will be likely from the Dakotas to the Great Lakes.

KABUL, Afghanistan — President Hamid Karzai acknowledged Monday that he regularly receives bags of cash from the Iranian government in payments amounting to millions of dollars, as evidence mounted of a worsening rift between his government and its U.S. and NATO supporters.

Abortion: A question of values

I don’t like writing about social issues. In part, this is because they seem so insignificant. Why should I care about the passage or overturning of Prop 8 (a gay marriage ban in California) when that state already offers domestic partnerships that provide all the same rights as marriage? Does it really matter whether a violent criminal spends his entire life behind bars or is put to death? How can the issue of marijuana legalization rate more highly in anyone’s mind when Social Security is insolvent?

A comprehensive look at the <br />‘It Gets Better’ campaign

As president and vice-president of G@MIT (GLBT at MIT, a student group at MIT devoted to creating a queer-positive environment), we thought it would be important for us to contextualize and point out a few concerns to Michael Veldman’s ’14 opinion piece published on October 19.

For the third straight year at Collegiate National Track Championship, the MIT Cycling team has won the overall Omnium team award among Division II schools. This happened despite only sending four MIT riders to the 2010 event, held Sept. 23-25 in Indianapolis. 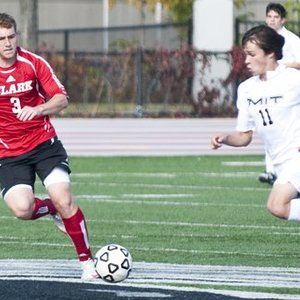 The MIT men’s soccer team extended its unbeaten streak to 10 following a 1-0 victory over Clark University in a NEWMAC contest on Saturday. Jonathan K. Tebes ’14 registered the lone goal of the contest in the 74th minute for the Engineers, who are currently ranked No. 7 in the latest NCAA New England Regional poll.

The Tech’s predictions for the MLB World Series

The 2010 MLB postseason season is drawing to a close, but two teams remain. The Texas Rangers, the American League champions, advanced to the World Series by dominating the New York Yankees four out the six games on the ALCS, winning each by 5 runs or more. They pitched better, hit better, and generally overwhelmed the defending champions. Their opponents in the Fall Classic will be the San Francisco Giants, who defeated the Philadelphia Phillies by winning three of their four games by one run. Behind both their clutch hitting and their superior bullpen, which strung together seven innings of scoreless relief in Game 6. Who will manage to pull out four more wins and bring the first World Series title to their home cities? The Tech’s Sports staff weigh in... This World Series is a matchup of the underdogs. The Rangers have never been to a World Series, and the Giants have not won a World Series since 1954. Both teams overcame immense odds to get this far, with the Rangers taking down the defending champion Yankees and the Giants preventing what would have been a third pennant in a row for the Phillies. In this series, the winner of game 1 has a huge advantage. Both teams have stellar bullpens, and Game 1 is slated to feature a matchup between the teams’ best pitchers, with Cliff Lee pitching for the Rangers and Tim Lincecum for the Giants. As a Texan who grew up making fun of the Rangers for being notoriously terrible, it doesn’t get any better than seeing them win baseball’s granddaddy of them all. That being said, the Rangers will win game 1, and take the series in 7. After all, wouldn’t it be great to see a winner-takes-all final game? 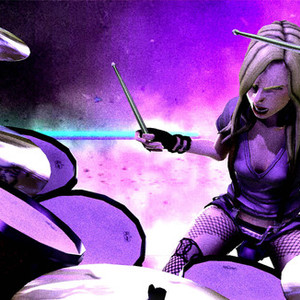 Harmonix Music Systems’ newest rhythm game releases today. Gamers eagerly awaiting the release of <i>Polka Band</i> will be tragically disappointed to know that the accordion–fest they had hoped for is still a long time coming. In the meantime, they’ll have to make do with the new <i>Rock Band 3</i>. 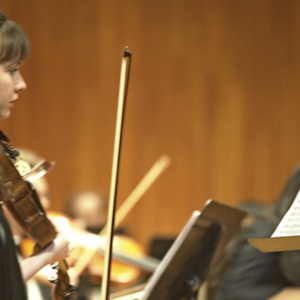 Rock Band 3, which will be released on October 26 in North America, features a new keytar and a more realistic guitar for the game’s “Pro Mode.”
Courtesy of Harmonix Music Systems 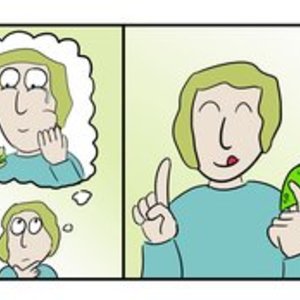 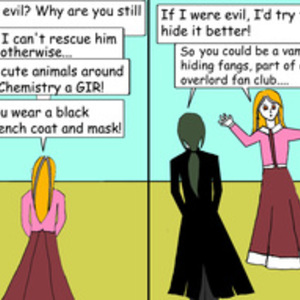 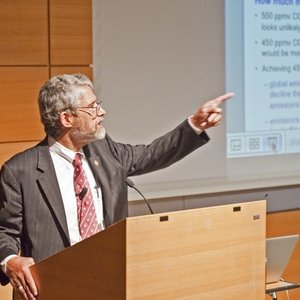 Man-Yan Lam ’11 guides the MIT women’s lightweight team down the Charles during the Head of the Charles regatta on Sunday. “Every time we passed under a bridge, there would be spectators yelling encouraging words to m...
Greg Steinbrecher—The Tech 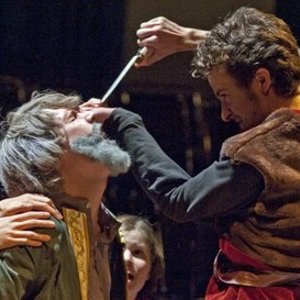 Cornwall (Adam Finelli) gouges out the eyes of the Earl of Gloucester (Joshua J.A. Walker ’12) after arresting him.
Sarang Kulkarni—The Tech 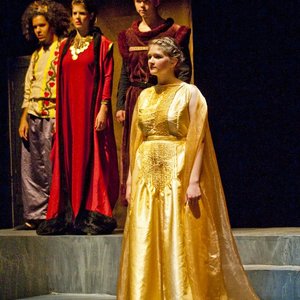 Cordelia (Allison M. Schneider ’13) attempts to convince her father, King Lear, that she really does love him, all the while refusing to flatter him. The MIT Shakespeare Ensemble is currently performing King Lear, wit...
Sarang Kulkarni—The Tech 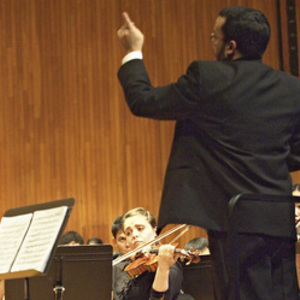 Adam Boyles conducts the opening concert of this year’s season of the MIT Symphony Orchestra in Kresge on Friday. The concert featured pieces by Chadwick, Haydn and Kalinnikov and a dedication to Tyler Clementi, a Rut...
Sarang Kulkarni—The Tech
All Photos From Issue