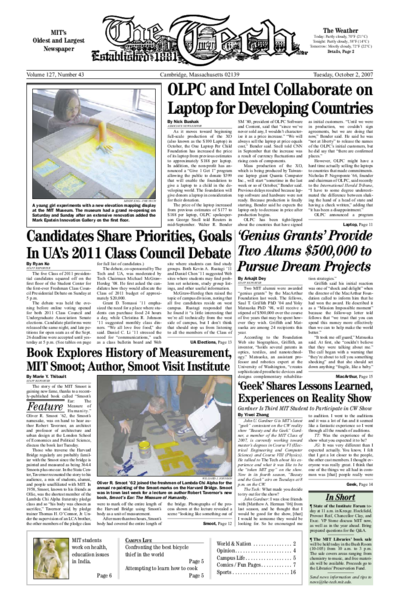 <i>John U. Gardner G is MIT’s latest “geek” contestant on the CW reality show “Beauty and the Geek.” Gardner, a member of the MIT Class of 2007, is currently working toward master’s degrees in Course VI (Electrical Engineering and Computer Science) and Course VIII (Physics). He talked to </i>The Tech<i> about his experience and what it was like to be the “token MIT guy” on the show. Now in its fourth season, “Beauty and the Geek” airs on Tuesdays at 8 p.m. on the CW.</i>

OLPC and Intel Collaborate on Laptop for Developing Countries

As it moves toward beginning full-scale production of the XO (also known as the $100 Laptop) in October, the One Laptop Per Child Foundation has increased the price of its laptop from previous estimates to approximately $188 per laptop. In addition, the non-profit has announced a “Give 1 Get 1” program allowing the public to donate $399 that will enable the foundation to give a laptop to a child in the developing world. The foundation will give donors a laptop in consideration for their donation.

Two MIT alumni were awarded “genius grants” by the MacArthur Foundation last week. The fellows, Saul T. Griffith PhD ’04 and Yoky Matsuoka PhD ’98, will receive a stipend of $500,000 over the course of five years that may be spent however they wish. Griffith and Matsuoka are among 24 recipients this year. 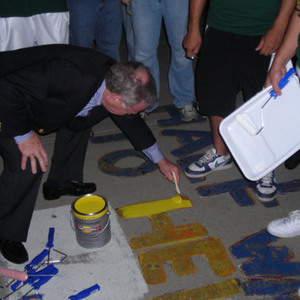 The story of the MIT Smoot is gaining new fame, thanks to a recently-published book called “Smoot’s Ear: The Measure of Humanity.” Oliver R. Smoot ’62, the Smoot’s namesake, was on hand to hear author Robert Tavernor, an architect and professor of architecture and urban design at the London School of Economics and Political Science, discuss the book last Tuesday.

The five Class of 2011 presidential candidates squared off on the first floor of the Student Center for the first-ever Freshman Class Council Presidential Debate on Sunday at 5 p.m.

Wall Street’s banking giants on Monday started to admit their problems, which began in the mortgage lending business and led to a summer of wild stock market swings.

Security Alert Issued Regarding Toys With Remotes at Airports

One contentious topic missing from the Supreme Court’s docket as the new term opened Monday was religion. The justices evidently plan to keep it that way, at least for now.

Taliban insurgents in the southern province of Helmand kidnapped a 15-year-old key maker, accused him of being a spy for the Afghan and foreign authorities, beat him severely, then hanged him from an electrical utility pole, Afghan officials said Monday.

Russian President Positions Himself to Be Prime Minister

Vladimir V. Putin, who is constitutionally barred from seeking another consecutive term as president of Russia, announced on Monday that he might become prime minister next year.

A U.N. envoy was to meet with the leader of Myanmar’s junta Tuesday as authorities continued a crackdown after crushing huge peaceful demonstrations last week.

Spring (in the Southern Hemisphere)

The reversal of seasons between hemispheres should not be a surprise to most educated people in the world (although we are reminded of a famous educational experiment in which Harvard graduates failed to give a good reason for why this happens). As we entered the autumn season in the northern hemisphere, the winter came to an end in the southern hemisphere. The sun being close to the equator this time of the year makes the mean temperatures similar across the same latitudes in both hemispheres. According to this simple rule, we should find that locations in the southern hemisphere around 42° of latitude have about the same temperatures as we are experiencing in Boston.

I definitely dislike Ahmadinejad, and, as an Iranian-American, I think I know enough about Iran to take such a position with little to no prejudice. He represents an oppressive regime with an unfalsifiable mandate (we represent God, therefore everything we do or say is perfect) whose only contribution to the Iranian people has been the nationalization of oil. Even so, any figurehead of a sovereign nation ought to be afforded respect if he is invited to speak at an academic institution. Granted, Columbia president Lee Bollinger probably introduced Mahmoud Ahmadinejad critically in order to evade criticism for inviting the Iranian president in the first place, but that doesn’t justify such an undignified welcome. College students aren’t dumb. We can form our own opinions without administrative higher-ups telling us what to think, so we don’t need people like Bollinger to frame speeches for us. Perhaps our American political culture has been desensitized to the significance of the position of head of state. It’s no surprise, either, when one considers that our recent political history involves the deconstruction of the Afghan government (legitimate) and the Iraqi government (why are we there again?), as well as President Bush’s intermittent buffoonery.

UMass-Dartmouth pounded out 372 yards on the ground and added six rushing touchdowns en route to a 49-14 victory over MIT on Saturday at Steinbrenner Stadium. J.T. Harold led the offensive assault with 137 yards and two scores on 16 carries.

Coast Guard junior David O’Brien nodded home the winning goal with just 22 seconds remaining in double overtime, as the visiting Bears downed New England Women’s and Men’s Athletic Conference foe MIT, 2-1, during the men’s soccer game Saturday. The loss was the first of the season for the Engineers at Steinbrenner Stadium.

Confused about Unix, or just curious? Having trouble doing certain things on Athena? In this column, we will answer some basic questions about using Athena and the Unix operating system.

Somewhere out there, the culinary gods are weeping. As someone who would probably make a better meal by being cooked than by cooking, I dare say I have been less than vigilant regarding my nutritional needs. Freezer-burned waffles, Gatorade, and a granola bar? Most important meal of the day. Cheese crackers and ginger ale? Dinner, third course. (For anyone who’s curious, courses one and two were a red gummy bear and orange gummy bear, respectively.) Since I don’t have the necessary patience for in-dorm agriculture, and the only game to be hunted around campus are squirrels and mysteriously human-like six-foot beavers, it appears I will have to start preparing my own food before my cash flow gets dammed.

MIT, be warned. The best bike thief of all time is on the loose and he’s ready to steal your heart. Huh? Let me explain. 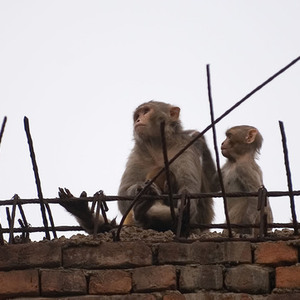 The air was thick with humidity when I stepped off the airplane into a bare airport that was very unlike any other airport I’d ever known and still under construction. However, I had arrived successfully in India and went through the visa checkpoint swiftly and without any trouble.

Monkeys sit on an eroded wall at the Rai Foundation campus in India.
Christina Kang—The Tech 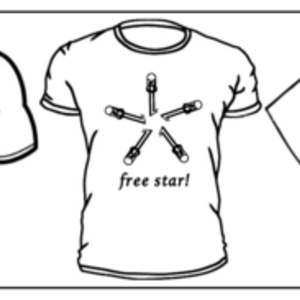 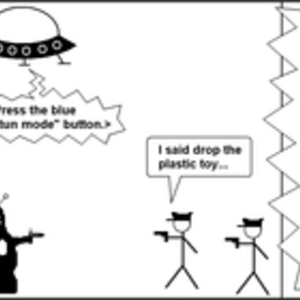 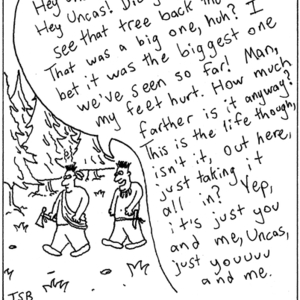 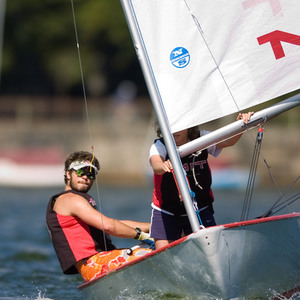 Jacob M. Muhleman ’08 and Desiree D. Amadeo ’11 (obscured) lead the way in the George Warren Smith Trophy this past weekend on the Charles River. The Engineers finished ahead of 27 other competitors.
Perry Hung—The Tech 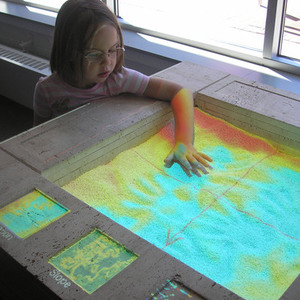 A young girl experiments with a new elevation mapping display at the MIT Museum. The museum had a grand re-opening on Saturday and Sunday after an extensive renovation added the Mark Epstein Innovation Gallery on the ...
Mindy Eng—The Tech 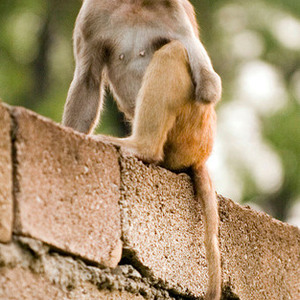 Monkeys freely wander the Rai Foundation campus where MIT students stayed during a summer project in India. The monkeys like to climb up buildings.
Christina Kang—The Tech

Oliver R. Smoot ’62 joined the freshmen of Lambda Chi Alpha for the annual re-painting of the Smoot-marks on the Harvard Bridge. Smoot was in town last week for a lecture on author Robert Tavernor’s new book, Smoot’s ...
Williard J. Johnson 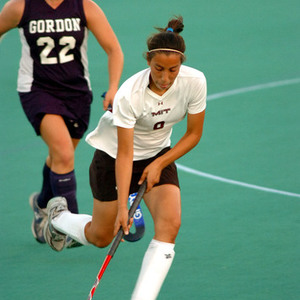 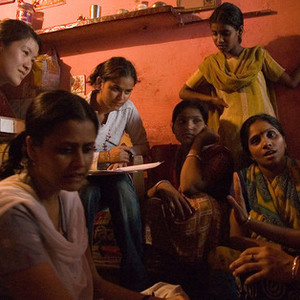 Jessica K. Lee ’08 (left) works with a Hindi-speaking student from the Rai Foundation, interviewing the women about their health, their children’s health, and education issues. The surveys collected were later used to...
Christina Kang—The Tech
All Photos From Issue