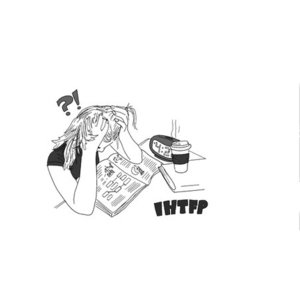 When I came to MIT as a freshman more than four years ago, I was excited for the challenge. One of the first things I heard at MIT was the oft-repeated parable about the bell curve, or, as we engineers might call it, a normal distribution. I forget who told me it first. Perhaps it was my freshman advisor, but it goes something like this: “If you were to put every student on a bell curve, MIT accepts only the highest one percent. You’re used to being in that top one percent, but now that you’re here, that curve starts all over. You won’t always be the best. You won’t always even be average.” 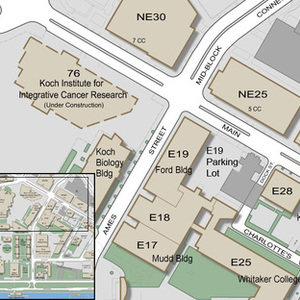 Han D. Nguyen G was found dead this morning in the parking lot of E19, apparently having jumped from the roof of the building. Nguyen, age 25, was a PhD student in marketing at the MIT Sloan School of Management.

Robert M. Wells ’08 died Saturday morning after a five-story fall from the Delta Upsilon fraternity house. His death, which has been characterized as accidental by friends and family, is under investigation. Wells was 22.

Don’t make the same mistake I did; at least wait for the singing to start. It is, after all, a sing-along.

The Biodiesel@MIT project, which aimed to reprocess used vegetable oil from campus dining facilities into eco-friendly biodiesel fuel to power the Tech and SafeRide shuttles, appears to have called it quits earlier this week, after running into a series of difficulties acquiring space and growing costs.

The Massachusetts State Police continue to investigate last week’s Charles River accident involving a block of sodium. No suspects have yet been named in the investigation, and MIT has only been associated with the event by Boston media sources who speculate that the traditional East Campus sodium drop caused the injuries. 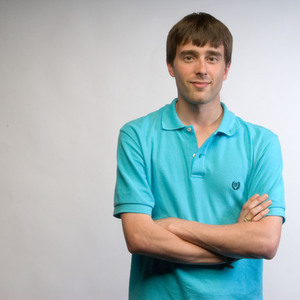 <i>This is the final interview in a seven-part series introducing incoming students to some of MIT’s faculty, staff, and student leaders. Today, </i>The Tech<i> interviews Martin F. Holmes ’08, president of the Undergraduate Association. Holmes talks about the UA and his goals for the upcoming year.</i>

Some Floor Plans Gone; Issue 49 of ‘The Tech’ Was Stolen

<i>This occasional feature will follow up on news stories long past their prime. In this edition: MIT’s removal of floor plans from the Facilities website, and what ever happened to Issue 49 of The Tech?</i>

A Waltham, Mass. resident is suing the MIT Police for “excessive force” and violations of his constitutional rights during his Feb. 2006 arrest.

Turnout in the Undergraduate Association elections rose this year, with at least 1,930 votes tallied as of last evening, according to Ainsley K. Braun ’10, the UA Election Commissioner. Paper ballots are available today in Lobby 10 for those who haven’t voted online.

Star A. Simpson ’10, who faces charges of possessing a hoax device, came back to the East Boston District Court last Friday, Feb. 1 for a pretrial hearing. At the hearing, her attorney asked the court to dismiss the case. The judge said that he would rule on that motion on March 21, The Associated Press reported.

Technology Upgrades Across the Institute

Despite an early failure in MIT’s e-mail system in March, this year was a smooth year for Information Services and Technology. A few technology changes visibly impacted the student body, such as a change in phone and Internet service billing.

A Protracted Divestment from Sudan

After many student protests, MIT finally announced its intention to divest from Sudan in May 2007. The decision came from the MIT Corporation’s Executive Committee, which heard recommendations from an advisory committe in April. 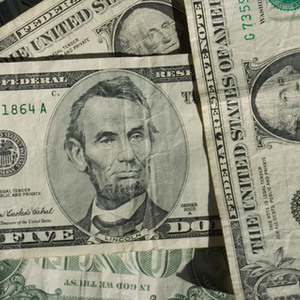 Tuition rose by 4.1 percent last year, even as donations and the endowment increased to record numbers.

Both fraternities and sororities saw increases in their bids this year, following some changes in rush.

Three new deans were appointed as heads of MIT Schools, and a new graduate student dean was appointed, marking a large change in leadership.

MIT saw the completion of a number of construction projects in 2007. 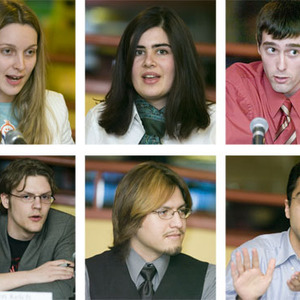 The Undergraduate Association Presidential/Vice Presidential debate drew a small crowd, as three pairs of candidates lobbied for community votes. During the debate, the candidates did not stray far from their platform statements.

Rumors have cropped up regarding plans to replace Burton-Conner’s kitchens with undergraduate rooms, though administrators claim there are no plans to do so. The rumors surfaced in the week before President Susan Hockfield’s Feb. 13 visit to Burton-Conner, prompting a petition, two bills by the Undergraduate Association, and a small flutter of e-mails across the bc-talk mailing list.

Professor Theodore A. Postol ’67, a well-known critic of missile-defense systems, has accused the U.S. of mischaracterizing missile defense capabilities in ongoing discussions with Russia.

MIT has donated $6,000 to the Charles River Cleanup Boat, the volunteer organization faced with bills for decontamination and boat repair after its volunteers picked up a chunk of sodium that caught fire and exploded.

Five burn injuries from a boat fire on the Charles River Thursday appear to have been caused by sodium, said Jake Wark, spokesperson for the Suffolk County District Attorney’s Office. Local media sources reported that the sodium may have come from Sodium Drop, an MIT tradition in which sodium is thrown into the Charles River so that students can watch its violent reaction with the water.

Sorority recruitment returned to the fall for the first time since 2002, and despite competition for students’ time from student activity recruitment and fraternity rush the number of women pledging sororities increased slightly from last year. Annika S. Larsson ’08, president of the Panhellenic Association, said there were a total of 163 bids.

A sophomore was stabbed seven times in his Next House residence on Tuesday, Oct. 23, prompting a review of housing security policies.

Thirty individuals at MIT have been sent pre-litigation settlement letters after allegedly illegally downloading copyrighted music, according to a press release issued by the Recording Industry Association of America last month. 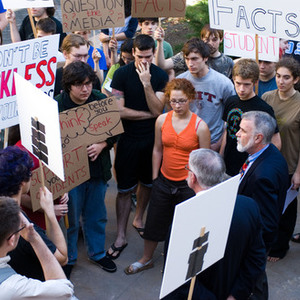 Approximately 30 students gathered yesterday afternoon to protest the administration’s handling of controversies involving students. While the majority of the protest was focused on the Star A. Simpson ’10 arrest, the discussion also touched on administrative reactions to the sodium fire on the Charles River and the felony charges filed against hackers found in the MIT Faculty Club. 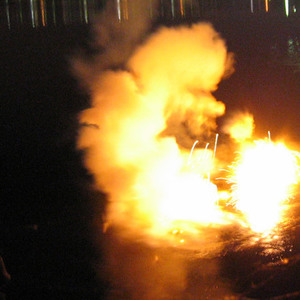 Five burn injuries from a boat fire on the Charles River last Thursday, Sept. 6, appear to have been caused by sodium, said Jake Wark, spokesperson for the Suffolk County District Attorney’s Office. Local media sources reported that the substance may have come from a sodium drop, a traditional MIT activity in which sodium is thrown into the Charles River so that students can watch its violent reaction with water.

A handful of changes should be coming to MIT’s shuttle services this year, as upgrades and route changes take effect across SafeRide, Tech Shuttle, and Northwest Shuttle.

Former Prof. Shoots Self In Attempt to Frame Son

A former MIT professor who staged his own shooting and framed one of his sons for the crime was found guilty Aug. 17 of filing a false police report.

The Recording Industry Association of America has filed a copyright infringement lawsuit against eight defendants at MIT, according to Massachusetts District Court filings.

Twenty-three MIT students have been sent pre-litigation settlement letters after allegedly illegally downloading copyrighted audio recordings, according to a press release from the Recording Industry Association of America. 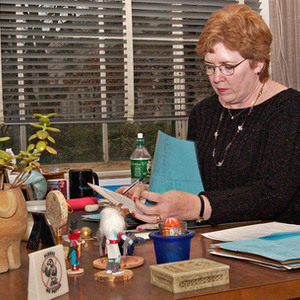 Dean of Admissions Marilee Jones resigned on Monday after it was discovered that she misrepresented her academic credentials. Jones, who had been employed at MIT for 28 years, apparently never received an undergraduate degree, despite allegedly claiming both a master’s and bachelor’s degrees on her résumé. 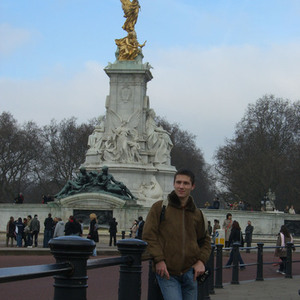 Ivan D. Dimitrov '10 died over the weekend from injuries sustained after crashing his motorcycle. Dimitrov, 20, was a Senior House resident and Bulgarian citizen.

A body that washed to shore on Cape Cod last Thursday was identified as MIT student Daniel J. Barclay '07, who had been missing since Sunday, April 8. Barclay was declared a missing person Friday, Apr. 13 and had been the focus of an area-wide search. 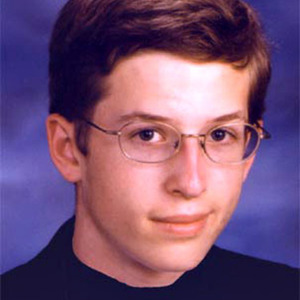 Undergraduate Daniel J. Barclay '07 has been missing since Sunday, April 8. Barclay, 5'11", has brown hair and blue eyes, and may be wearing a dark fleece jacket, according to an MIT News Office press release. Barclay, 22, who is a former Opinion staff columnist for <i>The Tech</i>, was last seen in his Ashdown House residence.

The search for freshman Ryan M. Davis '10, who has been missing since March 31, has been called off after the South Hadley Police found no signs of Davis or his whereabouts. Intensive ground search operations in the buildings, wooded areas, and mountains in and around Mount Holyoke College, where he was last seen, were called off, according to an article published in <i>The Patriot Ledger</i> Wednesday. 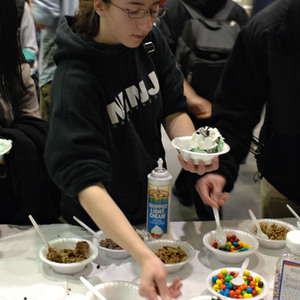 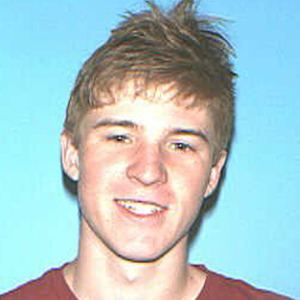 A freshman, apparently required to withdraw from MIT as part of a secretive disciplinary process, has been missing for over a week, according to the South Hadley, Mass. Police Department.

The Undergraduate Association voting Web site (<i>http://vote.mit.edu</i>) has experienced problems over the last few days as some users have been unable to vote without contacting the Election Commission. Michelle Jeong ’08, chair of the UA Election Commission, attributed the problem to lists provided by MIT that describe class affiliation and housing. She said that inaccuracies in those lists have commonly led to voting troubles.

Confusion, bureaucracy, and claims of bias surround the current Undergraduate Association Class Council elections, as the status of candidate Prashant K. Dilwali '08 continues to be contested. 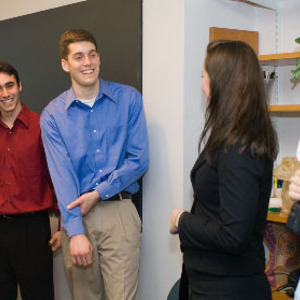 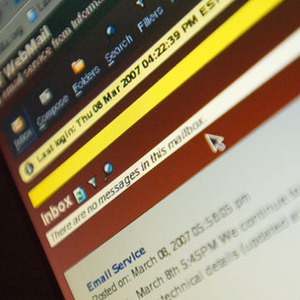 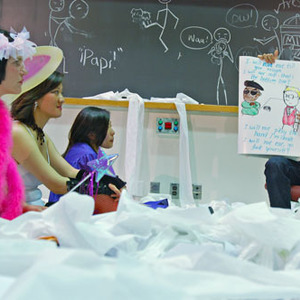 It was my first time at Bad Taste and I had no idea what to expect. I had heard tales of offensive skits, outrageous songs, and lines snaking through the MIT buildings, but, quite frankly, I believed none of them.

“I just want to give back to the community,” said Lindsey R. Sheehan ’07, describing her plans to teach high school math for the next two years.

Starting next fall, the sorority Alpha Epsilon Phi will not have a house to come home to. The sisters of AEPhi have decided not to renew a two-year housing lease, said incoming AEPhi President Elizabeth Katcoff ’08. The reason for the decision is not financial, she said, but is because the house has not played as big a role in helping the sisters spend more time together, as had originally been hoped.