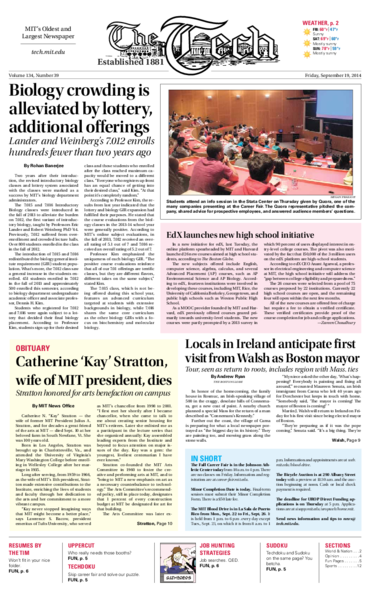 Two years after their introduction, the revised introductory biology classes and lottery system associated with the classes were marked as a success by MIT’s biology department administrators.

The Fall Career Fair is in the Johnson Athletic Center today from 10 a.m. to 4 p.m. There are no classes on Friday. Information and registration are at career-fair.mit.edu.

Catherine N. “Kay” Stratton — the wife of former MIT President Julius A. Stratton, and for decades a great friend of the arts at MIT — died Sept. 10 at her beloved farm in South Newfane, Vt. She was 100 years old.

In honor of the homecoming, the family house in Rosmuc, an Irish-speaking village of 500 in the craggy, desolate hills of Connemara, got a new coat of paint. A nearby church planned a special Mass for the return of a man described as “Connemara’s Kennedy.”

In a new initiative for edX, last Tuesday, the online platform spearheaded by MIT and Harvard launched 26 new courses aimed at high school students, according to The Boston Globe.

SAN FRANCISCO — Lawrence J. Ellison is retiring as chief executive of Oracle Corp., a company he founded in 1977 that has transformed the business world and made him one of the world’s richest people.

Finding their gym on the city’s streets

NEW YORK — As dawn began its daily blanching of the bright lights in Times Square one morning, a cluster of early birds cheerfully dragged one another in wheelbarrow formations, pair by pair, up the steps of the TKTS booth. Yawning workers in suits hustled past, while police officers looked on ambivalently A couple of tourists raised their cellphones to capture the spectacle for posterity, or at least for Instagram.

Apple wants to make clear that it wants nobody snooping around in your device, not even the police.

ANTAKYA, Turkey — The Islamic State released the latest in a series of propaganda videos Thursday, a slickly produced introduction to what it promised would be a multipart series on the group and the folly of efforts by the United States to fight it. The segment is a sharp departure from the IS’s recent grisly videos showing a black-clad executioner beheading Western hostages in the desert, which helped galvanize international support for wider military action against the group.

Much at stake as Xi Jinping, Chinese leader, visits India

NEW DELHI — India’s new prime minister, Narendra Modi, celebrated his 64th birthday on Wednesday by hosting President Xi Jinping of China in his home state of Gujarat, as the leaders of Asia’s two giants lay the foundation for a long-term relationship that carries huge stakes for both.

US seeks to curb dangers of antibiotic resistance

WASHINGTON — The Obama administration on Thursday announced measures to tackle the growing threat of antibiotic resistance, outlining a national strategy that includes incentives for the development of new drugs, tighter stewardship of existing ones, and improvements in tracking the use of antibiotics and the microbes that are resistant to them. The actions are the first major White House effort to confront a public health crisis that takes at least 23,000 lives a year, and many experts were pleased that a president had finally focused on the issue. But some said the strategy fell short in not recommending tougher measures against the overuse of antibiotics in agriculture, which, they argue, is a big part of the problem. Researchers have been warning for years that antibiotics are losing their power because of overuse. Some warn that if the trend is not halted, we could return to the time before antibiotics, when it was common for people to die from ordinary infections and for children not to survive strep throat.

The last weekend of astronomical summer will be a pleasant one, as a high pressure system moves into place over the northeastern United States. Today will be a bit chillier than normal, as a sea breeze develops in the afternoon, bringing cooler air from over Massachusetts Bay, where sea surface temperatures are currently around 60°F (16°C). Tonight will be especially chilly, as clear skies and calm winds allow the land surface to efficiently radiate heat away, bringing temperatures down to the middle 40s (°F) early tomorrow morning. However, winds will shift to be from the south tomorrow as the high pressure begins to lift and a cold front approaches from the west. These southerly winds will bring warmer air up to New England, raising the temperature to near 70°F (21°C) tomorrow, and several degrees higher than that on Sunday. Expect a chance of showers on Sunday night, and temperatures returning to the 60s (°F) in its wake at the beginning of next week.

A strong performance by MIT’s defense that produced a 37-3 advantage in shots helped the Engineers defeat Lasell College, 2-0, in a non-conference field hockey game on Tuesday afternoon. The Cardinal and Gray’s second straight shutout lifted its ledger to 5-0 on the season.

For the second year in a row, MIT and Roger Williams University concluded their match in 1-1 tie on Tuesday afternoon at Roberts Field at Steinbrenner Stadium. Morgan K. Moroi ’16 netted her initial goal of the season at 3:29 following a pass from Ashley J. Peter ’15 before Roger Williams countered with a strike by Haley Carignan roughly six minutes later. 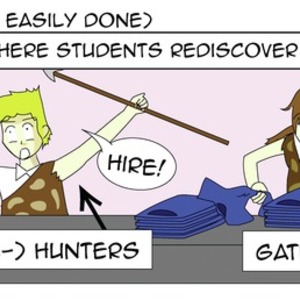 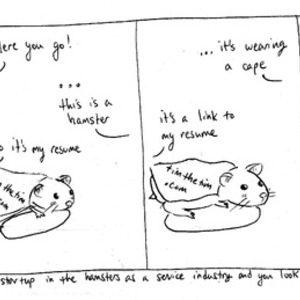 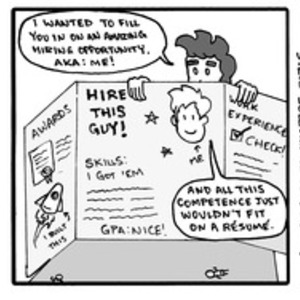 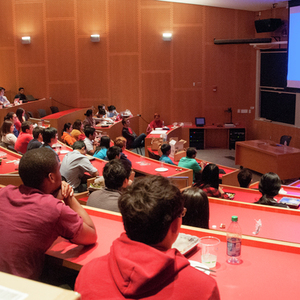 Students attend an info session in the Stata Center on Thursday given by Quora, one of the many companies presenting at the Career Fair. The Quora representative pitched the company, shared advice for prospective empl...
Megan Prakash 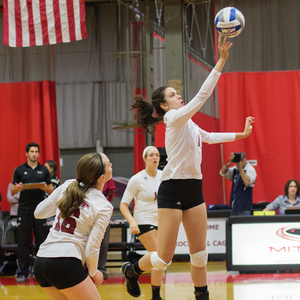 Meryl E. Gibbs ’16 goes for the ball in the NEWMAC Opener against WPI on Tuesday. The team defeated WPI 3-0.
Sherry Ren—The Tech 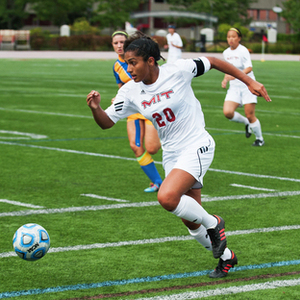 Ambika Krishnamachar ’15 maneuvers the ball in Tuesday’s game against Roger Williams University. The game ended in a 1-1 tie after double overtime.
Daniel Mirny
All Photos From Issue