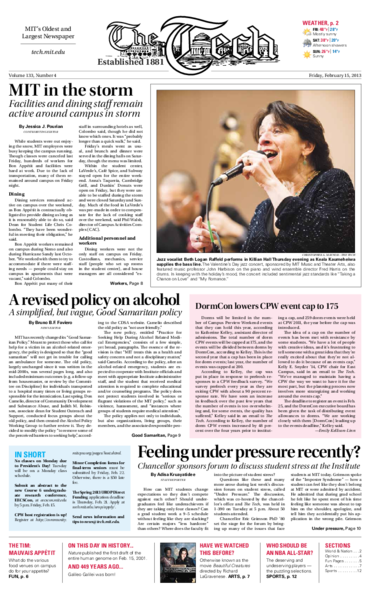 No classes on Monday due to President’s Day! Tuesday will be on a Monday class schedule.

MIT in the storm

While students were out enjoying the snow, MIT employees were busy keeping the campus running. Though classes were canceled last Friday, hundreds of workers for Bon Appétit and facilities were hard at work. Due to the lack of transportation, many of them remained around campus on Friday night.

How can MIT students change expectations so they don’t compete against each other? Should undergraduates feel like underachievers if they are taking only four classes? Can a grad student work a 9–5 schedule without feeling like they are slacking? Are certain majors “less hardcore” than others? Where does the faculty fit into the picture of student stress?

MIT has recently changed its “Good Samaritan Policy.” Meant to protect those who call for help for a victim in an alcohol-related emergency, the policy is designed so that the “good samaritan” will not get in trouble for calling an ambulance for someone. The old policy, largely unchanged since it was written in the mid-2000s, was several pages long, and also included minimum outcomes (e.g. a follow-up from housemaster, or review by the Committee on Discipline) for individuals transported to a hospital many times or living groups responsible for the intoxication. Last spring, Don Camelio, director of Community Development and Substance Abuse, and Judith M. Robinson, associate dean for Student Outreach and Support, conducted focus groups about the old policy, and then created the Alcohol Policy Working Group to further review it. They decided to modify the policy “to remove some of the perceived barriers to seeking help”, according to the CDSA website. Camelio described the old policy as “not user friendly.”

Dorms will be limited in the number of Campus Preview Weekend events that they can hold this year, according to Katherine Kelley, assistant director of admissions. The total number of dorm CPW events will be capped at 175, and the events will be divided between dorms by DormCon, according to Kelley. This is the second year that a cap has been in place for dorm events; last year, the number of events was capped at 200.

A few days of relative warmth and sun started melting the snow that piled up from last weekend’s blizzard. However, winter weather will return by the end of this weekend, with light snowfall possible on Saturday and an Arctic air mass moving in on Saturday night. On Saturday, expect temperatures around freezing, with cloudy skies and a chance of rain and snow in the afternoon and evening. Sunday and Monday will bring crisp, clear mornings with windchill in the single digits. Only 14 more days until meteorological spring begins!

MOSCOW — Russian authorities issued an arrest warrant for a Georgian politician, Givi Targamadze, on Thursday, charging that he had incited riots in Russia, in particular by helping to organize an anti-government march in May that culminated in a confrontation between protesters and the riot police.

HOUSTON — A federal judge in New Orleans approved on Thursday Transocean’s agreement with prosecutors to plead guilty to a misdemeanor charge and pay $400 million in criminal penalties for its role in the 2010 Gulf of Mexico oil well blowout that left 11 workers dead and resulted in a yearlong moratorium on deepwater drilling.

HONG KONG — When China’s new leader, Xi Jinping, visited the country’s south to promote himself before the public as an audacious reformer following in the footsteps of Deng Xiaoping, he had another message to deliver to Communist Party officials behind closed doors.

Benedict says he will be ‘hidden to the world’ in retirement

VATICAN CITY — Saying he would soon be “hidden to the world,” Pope Benedict XVI took his leave of parish priests and clergy of the Diocese of Rome on Thursday in a moving encounter during which he gave a personal, and incisive, recollection of the Second Vatican Council, the gathering of bishops 50 years ago that set the Roman Catholic Church’s course for the future.

JERUSALEM — The Australian-Israeli man recently identified as Prisoner X — found dead in 2010 in a maximum-security prison cell — may have been involved in the assassination of a Hamas leader that year, an episode that was among the most embarrassing in the history of Israel’s intelligence agency, Mossad.

A photo caption on the front page of last Friday’s issue incorrectly stated that the Barker Library reading room was reopened as a 24/7 study area. The reading room is not yet open 24/7. 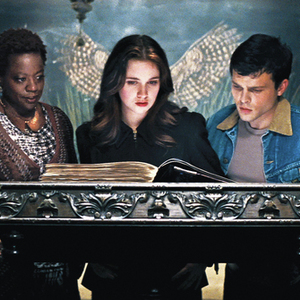 Beautiful Creatures is the story of two teenagers, one supernatural and one mortal, whose destinies are intertwined. They dream of each other months before actually meeting, and fall in love at first sight. But they must fight a battle and learn about each other’s family histories before their relationship can succeed.

The main actors in Beautiful Creatures, Alice Englert and Alden Ehrenreich (characters Lena Duchannes and Ethan Lawson Wate in the movie), visited Boston at the end of January for interviews with the press. British stalwarts Jeremy Irons and Emma Thompson played supporting roles in the movie, but regrettably did not make the press tour. Nevertheless, it was fun to meet the young stars. They were entertaining, energetic, articulate, and as endearing as their characters the movie. Gone were the Southern accents from the movie (Englert has a soft New Zealand accent, while Ehrenreich, an NYU alum, speaks with your basic Midwestern accent), and both seemed relaxed during our short interview. Ehrenreich had his feet on the table at one point, and Englert was eating strawberries and doodling on a Ritz Carlton notepad. Here are some of their thoughts:

MIT Men’s Basketball defeated Clark University comfortably Monday, 69-44. The Engineers’ last game was postponed due to the snowstorm, and the week off seemed to do them wonders. In a dominant performance, MIT never trailed. Will Tashman ’13 tied a career high for points in a game with 26, and set a new career high for rebounds with 20. He also set an MIT record for most rebounds in a career. The Engineers’ defense was outstanding all game, holding Clark to a lowly shooting percentage of 19 in the first half and 29.5 percent overall. MIT upset nationally ranked #5 WPI 69-60 Wednesday night to pull into a tie for the NEWMAC lead.

This Sunday is the NBA All-Star game, and while most selections were pretty agreed upon, a few were a bit puzzling. Here are the players who, in my opinion, do not deserve spots: 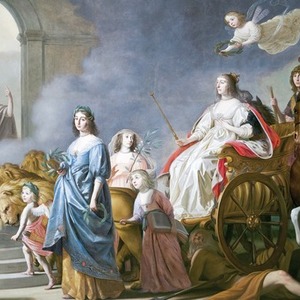 Gerrit van Honthorst’s oil on canvas Triumph of the Winter Queen: Allegory of the Just (1636) was unveiled this Valentine’s Day for the 400th wedding anniversary of Elizabeth Stuart and Frederick V, known as the “Wint...
Courtesy of the mfa 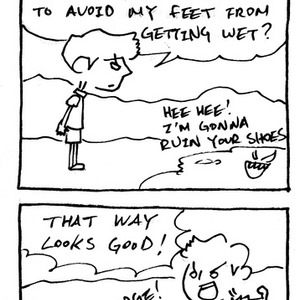 A scene from the movie Beautiful Creatures, directed by Richard LaGravenese.
courtesy of warner bros. entertainment 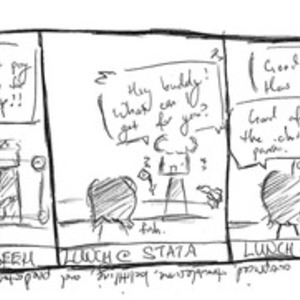 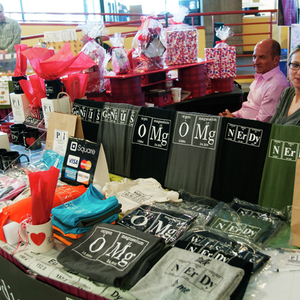 A Valentine’s Day vendor fair was held yesterday in the lobby of the Student Center.
Tami Forrester—The Tech 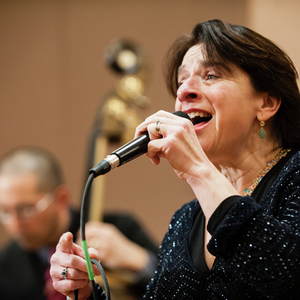