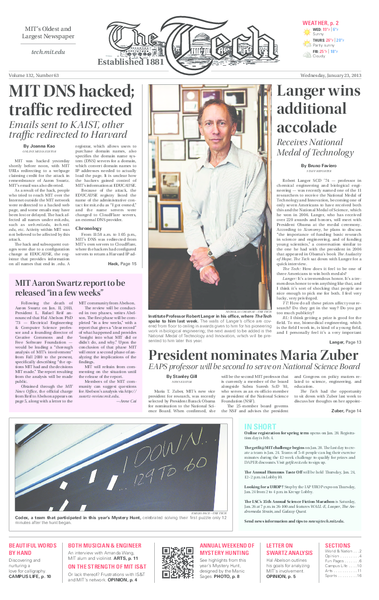 Maria T. Zuber, MIT’s new vice president for research, was recently selected by President Barack Obama for nomination to the National Science Board. When confirmed, she will be the second MIT professor that is currently a member of the board alongside Subra Suresh ScD ’81, who serves as an ex-officio member as president of the National Science Foundation (NSF). 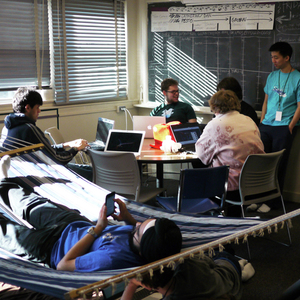 A Hunt of Epic Proportions

At 2 p.m. Friday afternoon. Mystery Hunt team Sleipnir’s Wranglers was prepared for the long haul. Their classroom in Building 12 was outfitted with snacks, caffeine, a chalkboard, and even a webcam so their remote solvers could join the atmosphere of the live hunt. As they excitedly opened the first puzzle, little did they know they would be a part of the longest hunt in history. 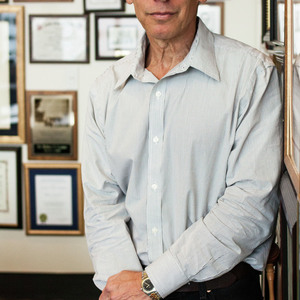 Robert Langer SCD ’74 — professor in chemical engineering and biological engineering — was recently named one of the 11 researchers to receive the National Medal of Technology and Innovation, becoming one of only seven Americans to have received both this and the National Medal of Science, which he won in 2006. Langer, who has received over 220 awards and honors, will meet with President Obama at the medal ceremony. According to Xconomy, he plans to discuss “the importance of funding basic research in science and engineering, and of funding young scientists,” a conversation similar to the one he had with the president in 2006 that appeared in Obama’s book The Audacity of Hope. The Tech sat down with Langer for a quick interview.

Heard any sneezing around campus recently? You should probably wash your hands. This year’s strain of H3N2 is particularly virulent and has hit Boston hard, though MIT has remained relatively unscathed by the illness. 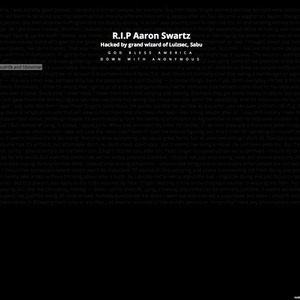 MIT was hacked yesterday shortly before noon, with MIT URLs redirecting to a webpage claiming credit for the attack in remembrance of Aaron Swartz. MIT’s email was also diverted.

The average distance students travel to school in Boston would shrink by about a half mile, under three proposals officials released Tuesday to allow more children to attend schools closer to their homes.

MIT Aaron Swartz report to be released “in a few weeks”

Following the death of Aaron Swartz on Jan. 11, 2013, President L. Rafael Reif announced that Hal Abelson PhD ’73 — Electrical Engineering &amp; Computer Science professor and a founding director of Creative Commons and the Free Software Foundation — would be leading a “thorough analysis of MIT’s involvement” from Fall 2010 to the present, specifically describing “the options MIT had and the decisions MIT made.” The report resulting from the analysis will be made public.

In seeking distance from EU, Britain may lose influence

LONDON — Last year, Prime Minister David Cameron of Britain used his appearance at the World Economic Forum to vent frustration with the European Union, listing some of the policies he would ditch if he could throw off Europe’s regulatory shackles.

France and Germany mark a milestone

BERLIN — France and Germany recently issued a joint postage stamp as part of a yearlong celebration of the 50th anniversary of the Elysee Treaty, the landmark agreement between the two former enemies.

The Securities and Exchange Commission said Tuesday that Egan-Jones, the upstart credit ratings firm run by Sean Egan, was barred for 18 months from issuing certain government-recognized ratings after the firm made misstatements on an application with the government.

WASHINGTON — A Defense Department inquiry into potentially inappropriate emails between the U.S. commander in Afghanistan and a socialite in Tampa, Fla., has cleared the officer, Gen. John R. Allen, of wrongdoing, senior officials disclosed Tuesday.

Four more years, but it’s the first one that really counts

WASHINGTON — The Constitution may promise President Barack Obama another four years in the White House, but political reality calls for a far shorter time frame: he has perhaps as little as a year to accomplish his big-ticket goals for a second term.

After weeks of above average temperatures, it appears that winter has finally arrived. The main story this week is the frigid temperatures across a large portion of the U.S. With yesterday’s high temperature in Boston only reaching 25°F, and temperatures today and tomorrow forecast to struggle to make it to 20°F, we are experiencing the coldest weather of the winter thus far. Today and tomorrow will be particularly frigid, as strong west/northwest winds will combine with the bitterly cold air to produce wind chills down to -12°F. The temperatures should moderate somewhat over the weekend, but are still expected to be below freezing.

MELBOURNE, Australia — As heavily favored as Serena Williams is to win the women’s singles title at the 2013 Australian Open, she was an even heavier favorite to win with her sister Venus at her side.

NEW DELHI — Indian officials are advising residents of strife-torn Kashmir to prepare for a possible nuclear war by building bombproof basements and stockpiling food and water, adding to tensions between India and Pakistan, both nuclear powers, after deadly cross-border skirmishes in recent weeks.

An open letter to MIT IS&T and the MIT Administration 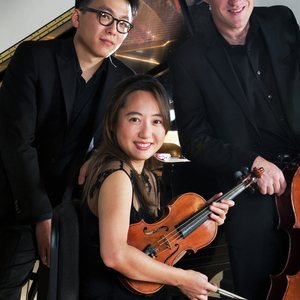 Ellipsis, an open-ended approach to music

MIT alumna Amanda Wang ’03 performed on the violin in Killian Hall last week with her group, the Ellipsis Piano Trio. Having just finished her doctoral degree in music at Boston University, Wang also competes with the MIT ballroom dance team. She took time Sunday afternoon to tell us about her experiences with engineering and music.

On a windy Saturday afternoon in New England, the No. 1 nationally-ranked, undefeated MIT Men’s Swimming and Diving defeated Tufts University, 255-101. The Engineers won all but two of the events, sweeping first through third place in a number of them. Five different MIT swimmers won two of their individual events.

The MIT Women’s Track and Field, which was ranked 11th in the nation in the most recent U.S. Track &amp; Field and Cross Country Coaches Association rankings, officially opened the season at the Harvard Challenge on Friday and Saturday. The Engineers ended the weekend in sixth place with 26.5 points, just a handful of points behind Williams with 34 and Brown with 46.

The right way to write

The hardest thing about taking the SAT was writing the honor code in cursive. Well, that’s kind of an exaggeration, but after having drilled the essays and math, the cursive was the only thing that took me by surprise. I spent agonizing minutes, trying to remember how to form capital letters. When that was over with, I thought that I would never touch cursive ever again.

A screenshot of mit.edu from Tuesday, January 22, after hackers re-directed MIT’s home page in the name of Aaron Swartz.

Institute Professor Robert Langer in his office, where The Tech spoke to him last week. The walls of Langer’s office are covered from floor to ceiling in awards given to him for his pioneering work in biological engin...
Nicholas Chornay—The Tech 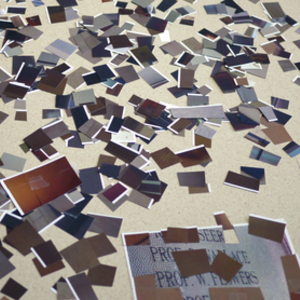 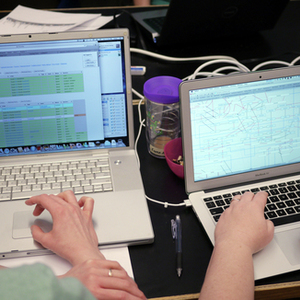 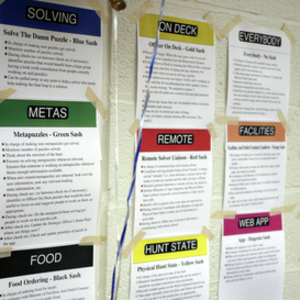 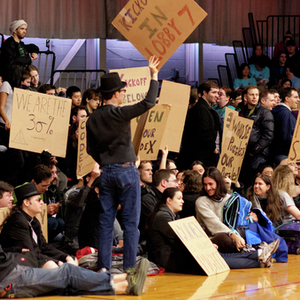 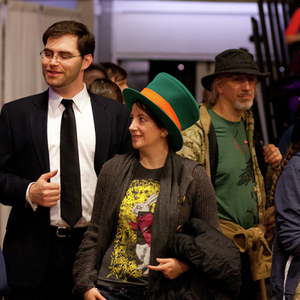 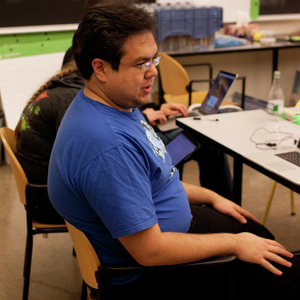 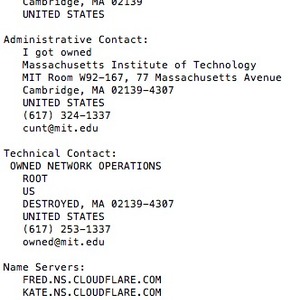 A screenshot of MIT’s EDUCAUSE Whois database record from Tuesday, January 22. The name of the administrative contact for the domain was changed from MIT Network Operations to “I got owned,” and the name servers were ... 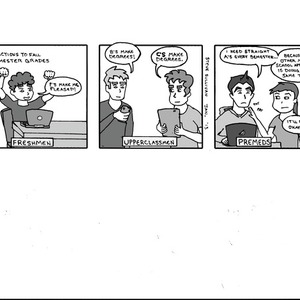 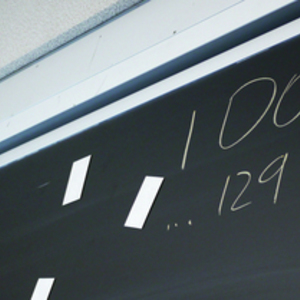 Codex, a team that participated in this year’s Mystery Hunt, celebrated solving their first puzzle only 12 minutes after the hunt began.
Emilio Pace—The Tech