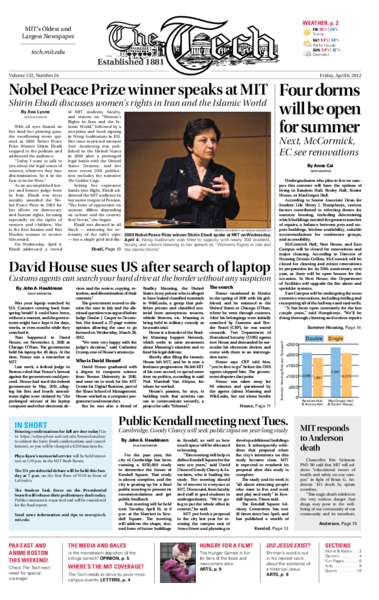 Undergraduate Association President and Vice President candidates met at the Student Center on Sunday night to debate and share their platforms. The three candidates this year are Jonté D. Craighead ’13, and Michael P. Walsh ’13, Narendra “Naren” P. Tallapragada ’13 and Andrew C. Yang ’13, and Brendan T. Deveney ’13 and Mary A. Breton ’14.

Four dorms will be open for summer

Undergraduates who plan to live on campus this summer will have the options of living in Random Hall, Bexley Hall, Senior House, or MacGregor Hall.

Housing confirmations for fall are due today! Go to https://odysseyhms-web.mit.edu/hmswebstudent/ to submit the form (both confirmations and cancellations), or you will be charged a $250 inaction fee. 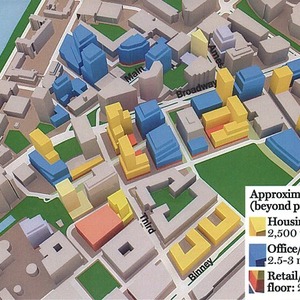 For the past year, the city of Cambridge has been running a $350,000 study to determine the future of Kendall Square. That study is almost complete, and the city is gearing up for a final public meeting to present its recommendations and get public feedback.

An article published Tuesday misspelled the first name of Jonté D. Craighead ’13. His name is “Jonté,” not “Jonte.” The accompanying caption also gave the class years of Naren P. Tallapragada and Andrew C. Yang as 2012. They are both in the Class of 2013.

David House sues US after search of laptop

Was your laptop searched by U.S. Customs coming back from spring break? It could have been, without a warrant, and the government might have kept it for days, weeks, or even months while they searched it. 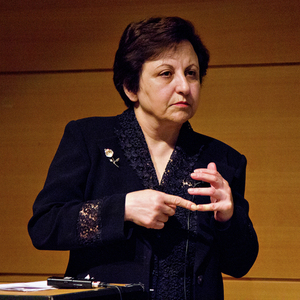 With all eyes fixated on her kind but piercing gaze, the overflowing room quieted as 2003 Nobel Peace Prize Winner Shirin Ebadi stepped to the podium and addressed the audience.

Chancellor Eric Grimson PhD ’80 said that MIT will address “educational issues of health and safety on our campus” in light of Brian G. Anderson ’13’s death by opiate overdose.

WASHINGTON — The Obama administration on Wednesday announced its most significant moves yet to open relations with Myanmar, lifting the travel ban on its senior leaders and easing some sanctions that have starved the country of most American investments for more than two decades.

WASHINGTON — Six months after the expiration of a federal loan guarantee program that backed $16 billion in loans to solar, wind and geothermal energy projects, the Energy Department has decided to offer a smaller set of similar guarantees by tapping another pot of money appropriated by Congress last year.

Seasonable in Cambridge; severe weather in the South

In Cambridge, expect mostly clear skies with seasonable temperatures for today and tomorrow as a high pressure system dominates the region. Starting on Sunday, moisture from distance ocean storms may result in clouds and slight precipitation.

BEIRUT — Spasms of fighting convulsed parts of Syria on Thursday, with clashes reported only miles from the capital. The leader of the United Nations said the conflict was getting worse — contradicting the Syrian government’s assurances to a special envoy that it was complying with his cease-fire plan.

Stock prices in China rise due to push to increase investment

Corporate profits have been among the brightest lights of the economic recovery, helping to lift the stock market more than 25 percent since October.

ISLAMABAD, Pakistan — The Pakistani government and opposition on Thursday united in criticism of a newly announced $10 million U.S. bounty for Hafiz Saeed, a militant leader accused of orchestrating the 2008 Mumbai attacks, during a heated session of Parliament in which lawmakers demanded that Washington provide proof of Saeed’s terrorist credentials.

PARIS — The French presidential election finally began to heat up on Thursday, less than three weeks before the first round of voting, with President Nicolas Sarkozy accusing his Socialist rival, Francois Hollande, of “promising a festival of new spending that no one knows how to pay for” and risking turning France into Greece or Spain.

The dangers of American deprecationism

Andy Liang’s opinion piece in the Tuesday edition of The Tech is insulting, disgusting, and wrong on so many counts that it is difficult to know where to start. It is a “shotgun blast” article, aiming to incriminate an “unapologetic media”, downplay (if not delegitimize) the notion that PTSD may have been involved, and altogether is indicative of a very troubling trend amongst American culture today.

On March 16th, the MIT Wind Ensemble (MITWE) performed a concert in Kresge Auditorium, featuring the world premier of “Awakening” by Jamshied Sharifi. The next night, the MIT Symphony Orchestra (MITSO) performed another concert on the same stage. Yet the only coverage in The Tech of these events was a single captioned photo of a single musician from each concert. 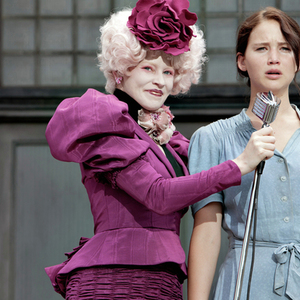 The Hunger Games, like its prior fantasy predecessors, Twilight and Harry Potter, is a behemoth. It has the hopes and dreams of millions of tween fangirls and fanboys on the line. When I discovered that they were making the bestselling book series into movies, I could not say I was surprised — what I did not anticipate was being impressed by the first movie. Even for those who have not read the series, the movie is a solid standalone film. It has all the necessary elements: beautiful cinematography, breadth of colorful characters, and the right moments to pull the audience’s heartstrings. What makes premise of The Hunger Games so unique though is that the most monstrous creatures the protagonist faces are other humans.

Have kids, not a relationship

With a mini-reunion of the cast of Bridesmaids, Friends with Kids had some high standards to live up to. Friends with Kids did succeed in telling the same old love story in a new way, but it did not compare in the comedy department. Still, the movie offers a cute and unique story, and the low budget makes the end result all the more charming.

Back in November 2009, I reviewed a book by Earl Doherty, Jesus: Neither God nor Man, which discusses at length his theory about the origins of early Christianity without invoking a historical Jesus. After calling Doherty’s theory marginally superior to the predominant view, the atheist philosopher Richard Carrier stated in his review of Doherty’s work that “the tables have turned.” A refutation to Doherty’s theory, Carrier said, would require developing a single, coherent theory in favor of Jesus’ historicity that can explain all the evidence at least as well as Doherty’s. With funding from both atheists and believers, Carrier himself has taken on the question formally, and his work will soon be published in two volumes. 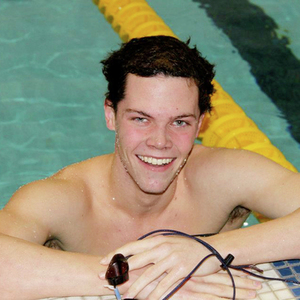 There is much more to junior Brendan T. Deveney than meets the eye. On the surface, he is merely a swimming phenomenon. Just a few weeks ago he helped lead the MIT Men’s Swimming Team to a fourth-place ﬁnish at the National Championships, placing 5th in the 200-yard individual medley. In an exclusive interview with the Tech, Deveny revealed that his talents in the pool are only the tip of the iceberg, and that he is an incredibly well-rounded individual.

Men’s lacrosse wins by one in double overtime

In a back-and-forth affair, MIT Men’s Lacrosse came out on top with a 9-8 double overtime victory over UMass Boston on Tuesday afternoon. Freshman James C. Slonaker netted the game-winner 57 seconds into the second extra session to complete the hat-trick for the Engineers. 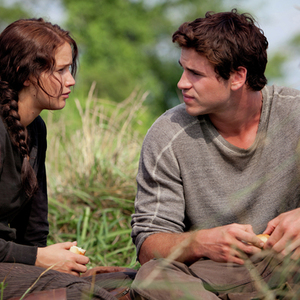 Brendan T. Deveny is a varsity swimmer majoring in chemistry who enjoys electronic music and spending time with his family.
Lauren Lo 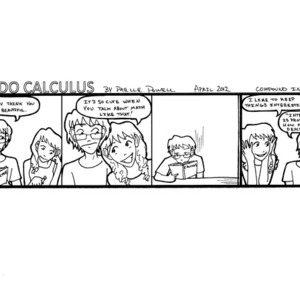 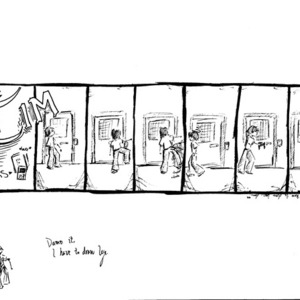 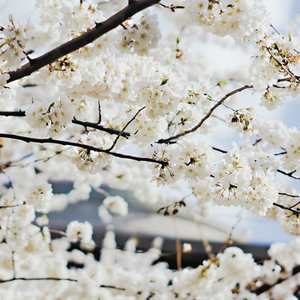 By David Da He Staff Photographer The cherry trees behind Building 13 are blooming. This year, the peak bloom date is more than ten days earlier than usual, signaling an early arrival of spring. Here the blossoms ar... 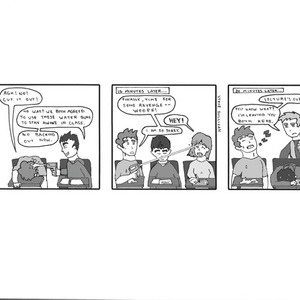 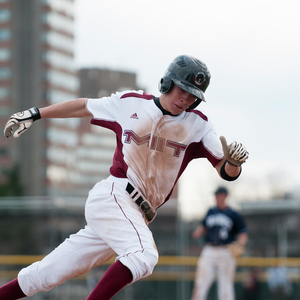 Jonathan E. Rea ’14 rounds third base in Wednesday’s game against Brandeis University. The Engineers managed to break a 1-1 tie in the bottom of the fifth to eventually win the game 9-2.
Christopher A. Maynor — The Tech

One development scenario for Kendall Square, featuring 2000 units of housing, three million square feet of retail, and 250,000 square feet of ground-floor retail. This slide was presented at yesterday’s committee meet...
GOODY CLANCY
All Photos From Issue