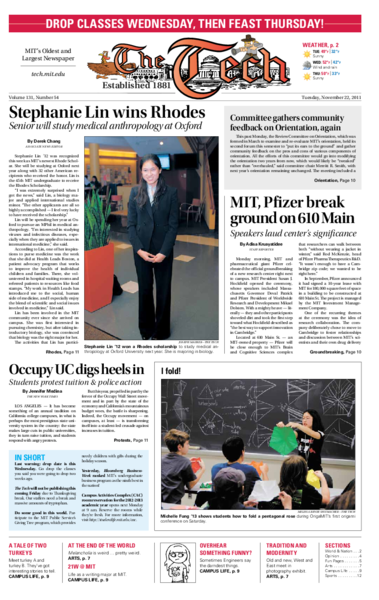 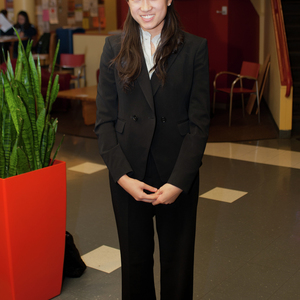 Stephanie Lin ’12 was recognized this week as MIT’s newest Rhode Scholar. She will be studying at Oxford next year along with 32 other American recipients who received the honor. Lin is the 45th MIT undergraduate to receive the Rhodes Scholarship.

Monday morning, MIT and pharmaceutical giant Pfizer celebrated the official groundbreaking of a new research center right next to campus. MIT President Susan J. Hockfield opened the ceremony, whose speakers included Massachusetts Governor Deval Patrick and Pfizer President of Worldwide Research and Development Mikael Dolsten. With a mighty heave — literally — they and other participants shoveled dirt and took the first step toward what Hockfield described as “the best way to support innovation in Cambridge.”

Last warning: drop date is this Wednesday. Go drop the classes you said you were going to drop two weeks ago.

LOS ANGELES — It has become something of an annual tradition on California college campuses, in what is perhaps the most prestigious state university system in the country: the state makes large cuts in public universities, they in turn raise tuition, and students respond with angry protests.

This past Monday, the Review Committee on Orientation, which was formed in March to examine and re-evaluate MIT’s orientation, held its second forum this semester to “put its ears to the ground” and gather community feedback on the pros and cons of various components of orientation. All the efforts of this committee would go into modifying the orientation two years from now, which would likely be “tweaked” rather than “overhauled,” said committee chair Merritt R. Smith, with next year’s orientation remaining unchanged. The meeting included a presentation and a public forum, where students and staff spoke about FPOPs, REX, greek rush, and CityDays.

WASHINGTON — In remaining aloof from the special deficit committee in Congress even as it collapsed on Monday, President Barack Obama showed his calculation more clearly than ever before: Republicans will never agree to raise taxes on the wealthy to balance any spending cuts, so let the voters decide.

PHNOM PENH, Cambodia — Opening statements in the most significant stage of a U.N.-backed trial of Khmer Rouge leaders began Monday with a horrifying account of the atrocities of a regime that a prosecutor said was responsible for the deaths of one-fourth of the population during its four-year rule from 1975 to 1979.

HONG KONG — Solar panel makers in China plan to shift some of their production to South Korea, Taiwan and the United States in hopes of defusing a trade case pending against them in Washington, according to industry executives.

Arrest of top adviser to Iran’s president is reported

A simmering rivalry between Iran’s president and powerful adversaries within the conservative hierarchy spilled into the open Monday when judiciary forces briefly arrested his top media adviser, who also runs the official news agency and a leading newspaper, witnesses and Iranian news accounts said. The witnesses said the adviser, Ali Akbar Javanfekr, was handcuffed for an hour in a raid on his Tehran office and released only after President Mahmoud Ahmadinejad threatened to come personally and free him. The security forces used tear gas when they barged into the office, the witnesses said, and they arrested at least 32 other people. It was not clear whether the others had been released. Javanfekr is the chief executive of the official Islamic Republic News Agency, known by its acronym, IRNA, and the manager of IRNA’s print affiliate, Iran, the official daily newspaper. He is one of the most powerful figures in publicizing Iran’s government policies and messages to the outside world. Details on the exact circumstances of the raid were not clear. But the episode appeared to be the most dramatic instance in which the friction between Ahmadinejad and conservatives in the government emerged in the open; the president’s conservative critics have increasingly challenged him over what they regard as a “deviant current” of presidential advisers who want to subvert the authority of the Islamic clergy.

Wet Wednesday could cause travel trouble

CAIRO — Egypt’s interim prime minister and cabinet offered to resign Monday in the face of a bloody third day of protests in Tahrir Square and elsewhere, adding to the crisis of legitimacy for the nation’s ruling military council.

Occupying is not the answer

Throughout history, American movements for social justice have been given life by protesters exercising their freedom of speech. However, the ones that succeeded did so by coupling the voices of the people with concrete goals and actions. In recent months, Occupy Wall Street, utilizing the empty rally cry “We are the 99 percent!” has gotten only half of this formula correct. Everyone, including the protesters, is confused by the movement’s complete lack of a clear message. Occupiers, as they’re being called, despise corporate America, people with generously-paying jobs, and anything with a semblance of elitism.

INTERVIEW The art of the documentary

Anne Makepeace, from Lakeville, Connecticut, has been making films for almost 30 years. Her most recent film, We Still Live Here, had its broadcast premiere on the Independent Lens series of PBS and also screened at MIT on Nov. 17. The film is about a movement to revive the Native American language of Wampanoag. It centers on Jessie Little Doe Baird, who spearheaded the movement and whose daughter is the first native speaker in over a century. 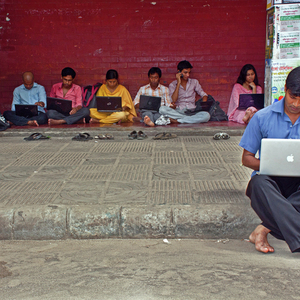 Seven students sit typing on their laptops outside the Teachers and Students Center at Dhaka University. As with their Western counterparts, too much of their time is spent in idle Facebook gossip. But the context of the picture, “Global Gossip,” by photographer Md. Huzzatul Mursalin, differs strikingly from Western expectations. The background setting is worn and depressing, conflicting with the display of modernity in the foreground. And, despite the dirt, the typists have taken their shoes off, Bangladesh-style. 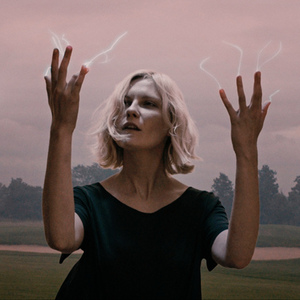 Melancholia opens with a series of breathtaking shots resembling four-dimensional-surrealist-painting scenes. The powerful prelude from the opera Tristan und Isolde directs the visual phenomena. Nothing comprehensible about the plot is given; we only know the movie is going to be intense.

In a hard-fought battle, the MIT Women’s Basketball team emerged with a 65-49 victory over Albany College of Pharmacy and Health Sciences in the consolation game of the Emerson College Tip Off Tournament on Sunday. Junior Lauren S. Burton ’13 led all scorers with 16 points and tacked on seven rebounds and three assists en route to All-Tournament Team honors for the Engineers.

Logan M. Trimble ’13 is a junior in Course 10B and a member of the MIT Cross Country, Indoor, and Outdoor Track teams. As an active sophomore last year, Trimble competed for MIT at the NCAA Division III Championship, in which his relay team earned All-American status. Later that year, Trimble won the NEWMAC Academic All-Conference Award, demonstrating excellence in varsity sports as well as academics. 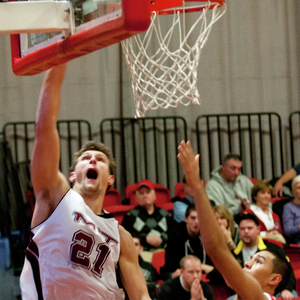 Last Thursday, MIT’s Men’s Basketball obliterated Gordon College’s Fighting Scots with a 70-38 victory. The Engineers literally beat the Fighting Scots in every category, with less turnovers and fouls and more assists, steals, blocks, and rebounds, as well as higher free throw, three point, and field goal percentages. MIT’s Coach Anderson took advantage of the lack of fight in the Fighting Scots by clocking the bench in for more time than usual, resulting in a huge 23-point bench contribution. MIT played well as a team, which will be key to the Engineer’s success in the future. 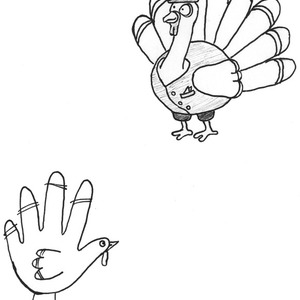 THANKSGIVING A tale of two turkeys

Once upon a time, there were two turkeys, which I shall refer to as Turkey A and Turkey B, in order to avoid garnering any sympathy for them. Fortunately for them, they lived a charmed life on a small family farm, unlike their debeaked relatives on overcrowded farms. Instead of being the industrial Broad-Breasted White breed, too broad-breasted to reproduce without artificial insemination, they were a slower-growing heirloom variety with a more robust flavor.

When I first came to MIT, I was very insecure of the fact that I wanted to study humanities at a technical school. It didn’t help that I surrounded myself with people that were premed, and these individuals always said I was taking the easy way out. It also didn’t help that my sister majored in writing, and I witnessed firsthand how difficult it was to for her to secure adequate employment without pursuing further graduate studies. 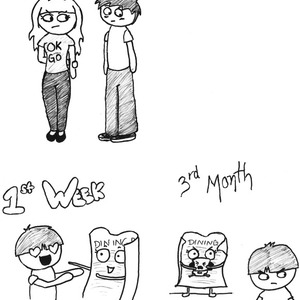 Kirsten Dunst plays a woman facing the end of the world in Melancholia.
courtesy of magnolia pictures 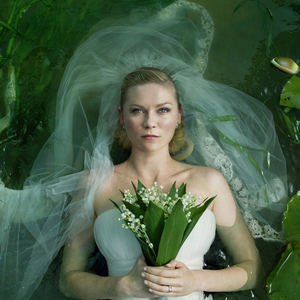 Mursalin’s “Global Gossiping” is on view at the Wiesner Art Gallery until Nov. 30.
courtesy of md. huzzatul mursalin

Stephanie Lin ’12 won a Rhodes scholarship to study medical anthropology at Oxford University next year. She is majoring in biology.
Joseph Maurer—The Tech 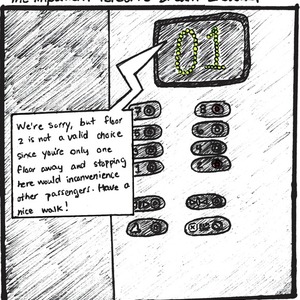 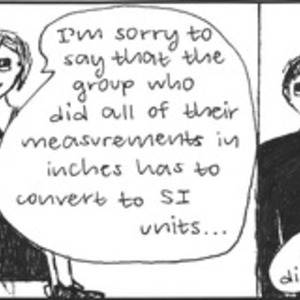 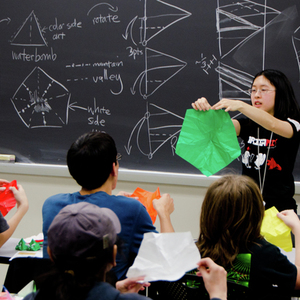 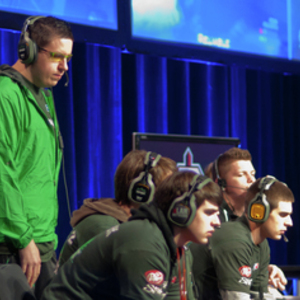 Team Instinct faces off against Team Believe the Hype in the finals of the Halo: Reach event at the Major League Gaming (MLG) competition in Providence, RI over the weekend. Instincts went on to become the MLG 2011 na...
Feng Wu—The Tech 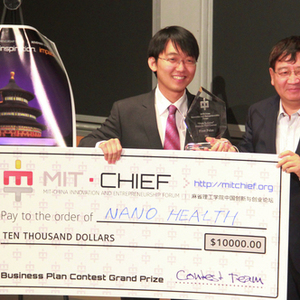 Qimin Quan wins first place in the “Pitch to China” business plan competition for his biosensor technology for medical diagnostics, “Nano Health,” on Sunday. The competition was part of the MIT-China Innovation and En...
Kailiang Chen—The Tech 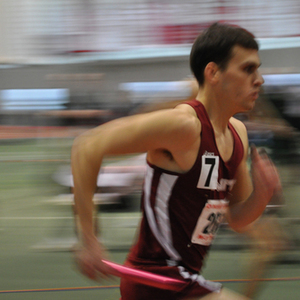