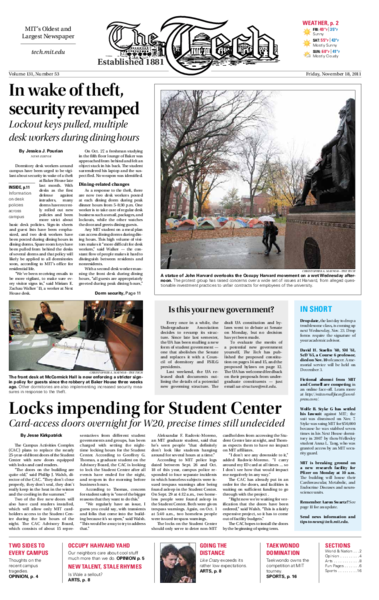 The Campus Activities Complex (CAC) plans to replace the nearly 25-year-old front doors of the Student Center with new doors equipped with locks and card readers.

Drop date, the last day to drop a troublesome class, is coming up next Wednesday, Nov. 23. Drop forms require the signature of your academic advisor.

The Constitution of the UA

We, the undergraduate students of the Massachusetts Institute of Technology (MIT), in order to improve the quality of our education, to provide ourselves with services which would otherwise not be provided, to express our views and represent ourselves in collaboration with other groups whose decisions affect us, and to fairly and accountably allocate resources which have been granted to us as a whole, do create a central body unto which legislative, executive, judicial, and representative powers are conferred. 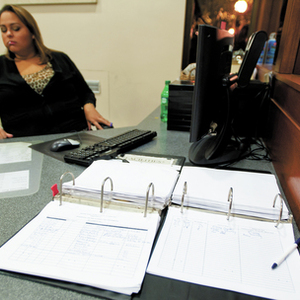 In wake of theft, security revamped

Dormitory desk workers around campus have been urged to be vigilant about security in wake of a theft at Baker House late last month. With desks as the first defense against intruders, many dorms have recently rolled out new policies and been more strict about basic desk policies. Sign-in sheets and guest lists have been emphasized, and two desk workers have been posted during dining hours in dining dorms. Spare room keys have been pulled from behind the desks of several dorms and that policy will likely be applied to all dormitories soon, according to MIT’s office for residential life.

Swartz indicted for breaking and entering

The name of this organization shall be the Council of the Undergraduate Association of the Massachusetts Institute of Technology (Council). 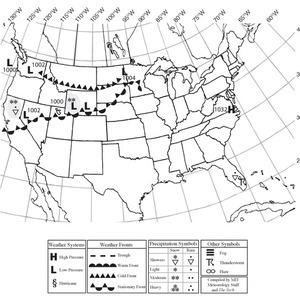 The recent rain should move away for the weekend as a high pressure system takes hold of New England. Temperatures will gradually increase from Friday until Sunday, creating a pleasant mid-November weekend. Though it is too far away to predict with good certainty, it looks as though clear weather should dominate for much of Thanksgiving break as well.

ROME — Mario Monti, the newly chosen prime minister of Italy, unveiled an ambitious growth-boosting program before the Italian Senate on Thursday, warning that Italy and Europe faced a moment of “serious emergency” and calling on lawmakers for national unity and responsibility.

BEIRUT — Deserters from the Syrian army reportedly carried out attacks against the offices of the Syrian ruling Baath party in northwestern Syria on Thursday, a day after they claimed an assault on an intelligence base that Russia, Syria’s closest ally, said was bringing the country closer to civil war.

LOS ANGELES — The California Supreme Court ruled Thursday that proponents of Proposition 8 — which banned same-sex marriage in California — have legal standing to overturn the challenge of the law by a lower-court judge, after the state’s governor and attorney general refused to defend the proposition.

NAIROBI, Kenya — The African Union is considering an ambitious plan to stabilize Somalia that could involve using thousands of Ethiopian troops to open a new front against the al-Shabab militant group, officials of the union said Thursday.

WASHINGTON — The bankruptcy of Solyndra, the solar power company that took $528 million in government loans, was “extremely unfortunate,” Secretary of Energy Steven Chu told lawmakers on Thursday. But he rejected a suggestion put forward by a Republican that he or his department should apologize.

NEW YORK — Nearly a thousand protesters took to the streets of Lower Manhattan on Thursday, clashing with the police and tossing aside metal barricades to converge again on Zuccotti Park after failing in an attempt to shut down the New York Stock Exchange.

WASHINGTON — Federal authorities charged a 21-year-old Idaho man on Thursday with trying to assassinate President Barack Obama. They said he had told friends that he believed the president was “the Antichrist” and that he “needed to kill him,” according to a complaint filed in federal court.

Does OWS have an image problem?

Certainly there is no shortage of people with “The Definitive Opinion” about Occupy Wall Street and its hundreds of offshoots, but I figured I would go the marginally less tired route of addressing the unacquainted, the undecided, and the just plain uneasy.

“No entry without a Harvard ID,” I was told by a police officer. And I was not alone — this was the response that hundreds of tourists received when they tried to walk through Harvard Yard last week.

GUEST COLUMN Response from the Chancellor

I am writing in response to Stephen Tsai’s letter. Stephen has given me a fresh understanding of what pain and loneliness can feel like on our campus, and the accounts he gives of his and others’ experiences and feelings will remain with me as I lead efforts to review our support services and the ways we make them available to community members. Stephen, thank you. 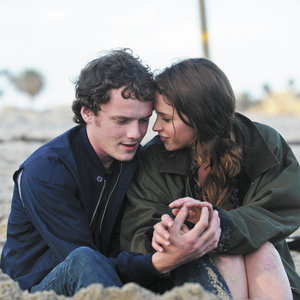 MOVIE REVIEW Going the distance — or not?

Like Crazy is perhaps one of the most ill-fitting titles for a film. When I first heard of the movie, I cringed a little inside and vowed that I’d box that title away into a corner of my mind and hopefully never touch it again. The title, coupled with the two young leading actors and a been-there-done-that long-distance sob story, seemed to reek of adolescent angst. Dubiously eyeing Yelchin’s peach fuzz, I scoffed and thought to myself, What would this high school movie know about love?

I’ve been meaning to see Wale for a long time. As an immensely talented, aspiring rapper from the D.C. area myself, it means a lot to see a native from the tri-county blow up the way that Wale has. Now, our average young, rapless MIT reader should understand: for such a big city, D.C. is quite a different beast than a place like New York or Los Angeles. Sure there’s still plenty of hood projects, drug corners, crime and poverty to talk about. But on a day-to-day basis, people worry more about the temperature of their Chinese food and lines at the DMV than getting a bullet in the head or their mild but burgeoning crack addictions. After all, D.C. is the nation’s capital, surrounded by modest but serene suburbia on all sides. The most I’ve ever feared for my life in my 12 years of residency was the summer I interned at the Naval Research Lab and had to take a metrobus through Anacostia — I did crossword puzzles. 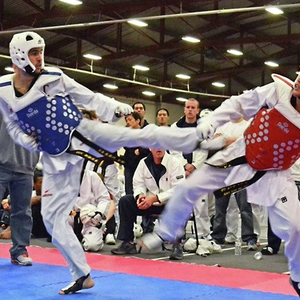 On Saturday, Oct. 22, the MIT Sport Taekwondo Club organized and competed in the first Eastern Collegiate Taekwondo Conference (ECTC) tournament of the season. Hosted on campus at the Johnson Athletics Center, the tournament attracted over 420 competitors from 23 schools. Showing MIT’s depth across several divisions, 50 team members competed with strong performances in a long day of forms and sparring. The Engineers defeated Division I rival Cornell University 466 to 256, earning a first place finish.

In the first game of the season, MIT snagged a huge win over Wentworth, 73-40. The Engineers energetically began the game with a 15 point lead and continued the momentum throughout the rest of the game. Not only was the offensive front impressive, with Mari R. Kordell ’15 netting 18 points, but the strong defense helped MIT maintain the gap. MIT’s 6 blocks and 13 steals compared to Wentworth’s 1 block and 1 steal demonstrate how aggressively the Engineers remained. MIT also made a great effort to keep the turnover rate low, 11 vs. Wentworth’s 22, and capitalized on that effort, scoring 24 points off turnovers vs. Wentworth’s 8. MIT’s highest lead of the night was 68-64 with 10 points from Alexxis R. Isaac ’15 and 9 each from Rachel A. Hunt ’14 and Lauren S. Burton ’13. With 22 additional points off the bench and 22 second chance points, the Engineers had an impressive start to the season. Their 73-40 victory is the second highest margin by which the team has ever won a season-opener, falling second only to a 72-35 win over Eastern Nazarene College. The Engineers will next play in the Emerson College Tip Off Tournament from November 19–20.

It looked like the Engineers had brought sticky rice on the road last Tuesday when they devoured Curry College in their season opener. Ranked 10th in Division III basketball, the men’s basketball team had more than one star, with both Noel Hollingsworth ’12 and William Tashman ’13 recording double-doubles in the game — Hollingsworth, a Division I transfer from Brown University after his freshman year and one of the top players in the league, scored a whopping 23 points and grabbed 10 rebounds, 8 of which were offensive. Tashman’s fingers were sticky during the game, snagging the ball from the opposition 3 times and grabbing the ball off the board 10 times. James D. Karraker ’12 looked like Kyle Korver of the Chicago Bulls, scoring 6 of 11 from downtown.

The front desk at McCormick Hall is now enforcing a stricter sign-in policy for guests since the robbery at Baker House three weeks ago. Other dormitories are also implementing increased security measures in response ...
Christopher A. maynor—The Tech

Aziz Abdellahi G spars in the first ECTC tournament of the season on Oct. 22 at the Johnson Athletics Center. The MIT Sport Taekwondo Club finished first with 466 points.
Xuan Yang 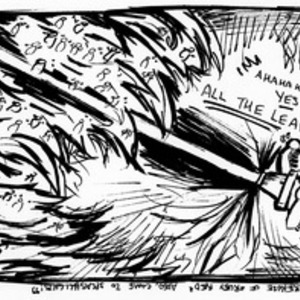 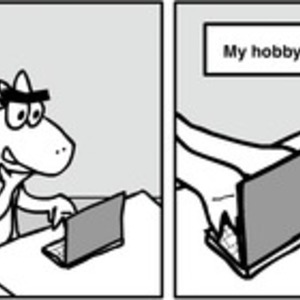 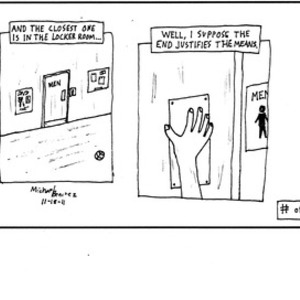 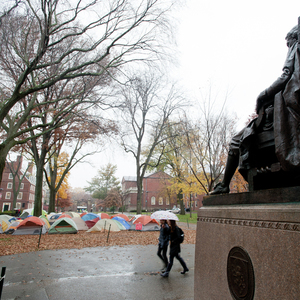 A statue of John Harvard overlooks the Occupy Harvard movement on a wet Wednesday afternoon. The protest group has raised concerns over a wide set of issues at Harvard, from alleged questionable investment practices t...
Christopher A. Maynor—The Tech 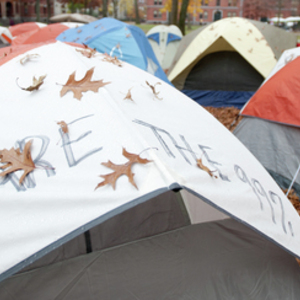 The Occupy Harvard movement, though unique to the university in a few aspects, clearly owes most of its inspiration to Occupy Wall Street.
Christopher A. Maynor—The Tech 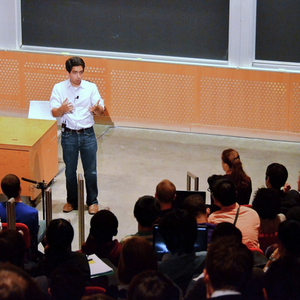 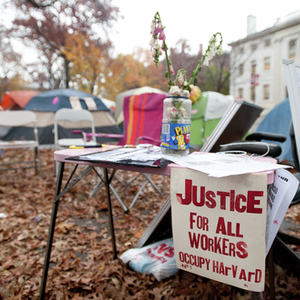 While Occupy Harvard has raised many issues with university administration over the past several days, one of the more popular demands has been for fair contracts for Harvard custodial employees.
Christopher A. Maynor—The Tech
All Photos From Issue