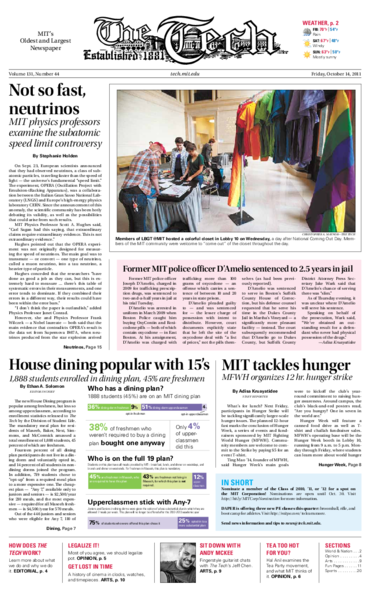 While serving nine months in a South Carolina prison on forgery charges, Michelle N. Owens capitalized on the explosion in online higher education to tap into a new — and highly lucrative — way to profit from fake documents.

Nominate a member of the Class of 2010, ’11, or ’12 for a spot on the MIT Corporation! Nominations are open until Oct. 30. Visit http://bit.ly/MITCorpNomination for more information.

The formula for better fuel economy in cars has long been a simple equation: The smaller the vehicle, the farther it goes on a gallon of gas.

What’s for lunch? Next Friday, participants in Hunger Strike will be tackling significantly larger-scale hunger issues. The planned 12-hour fast marks the conclusion of Hunger Week, a series of events and fundraisers sponsored by MIT Fighting World Hunger (MFWH). Community members are welcome to commit to the Strike by paying $5 for an event T-shirt. 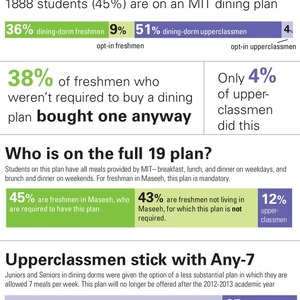 The new House Dining program is popular among freshmen, but less so among upperclassmen, according to enrollment statistics released to The Tech by the Division of Student Life. The mandatory meal plan for residents of Maseeh, Baker, Next, Simmons, and McCormick amassed a total enrollment of 1,888 students, 45 percent of which are freshmen.

Former MIT police officer Joseph D’Amelio, charged in 2009 for trafficking prescription drugs, was sentenced to two-and-a-half years in jail at his trial Tuesday.

Not so fast, neutrinos

On Sept. 23, European scientists announced that they had observed neutrinos, a class of subatomic particles, traveling faster than the speed of light — the universe’s fundamental “speed limit.” The experiment, OPERA (Oscillation Project with Emulsion-tRacking Apparatus), was a collaboration between the Italian Gran Sasso National Laboratory (LNGS) and Europe’s high-energy physics laboratory CERN. Since the announcement of this anomaly, the scientific community has been hotly debating its validity, as well as the possibilities that could arise from such results.

On Wednesday afternoon, large plumes of black smoke billowed from the MIT Power Plant after a water feed pump stopped functioning at the plant. The smoke lasted for two hours.

A bankruptcy court on Thursday approved the hiring of a chief restructuring officer at the California energy company Solyndra. R. Todd Neilson, who served as the bankruptcy trustee for the boxer Mike Tyson and the rap impresario Suge Knight, will now lead Solyndra as it struggles to emerge from bankruptcy.

NEW YORK — Young people in knit hats and jeans scurried around Thursday wielding brooms and trash bags, moving mountains of sleeping bags, backpacks and jackets out of the way.

Today looks to be a wet and gloomy Friday. A large low pressure system centered over Michigan will pull warm, moist air from the Atlantic Ocean into the New England region. Significant rainfall is possible as thunderstorms will be embedded within the rain bands.

Dennis M. Ritchie, who helped shape the modern digital era by creating software tools that power everything from search engines like Google to smartphones, was found dead Wednesday at his home in Berkeley Heights, N.J. He was 70.

NEW YORK — The fallen hedge fund billionaire Raj Rajaratnam received the longest prison sentence ever for insider trading on Thursday, capping an aggressive government campaign that has ensnared dozens and may help deter the illegal use of confidential information on Wall Street.

WASHINGTON — A CIA drone strike Thursday killed a high-level commander in the Haqqani network, the militant group that has been the largest killer of U.S. troops in Afghanistan, U.S. officials said.

BOSTON — The Massachusetts Senate passed a bill Thursday that would legalize casino gambling, paving the way for three resort-style casinos and one slots parlor in the state.

EDITORIAL How The Tech works

For many of our readers, The Tech might be something of an enigma. The paper we publish twice a week is readily and freely available on campus, of course, but rarely will our readers get a real sense of the process behind those issues just by reading them. Since The Tech is MIT’s only remaining newspaper, and because the community (and world) depends on our work to learn about MIT, we feel it is our obligation to explain what we do and why we do it.

Government is a crappy venture capitalist

Solyndra deserves more credit than the media is giving it. But not much. 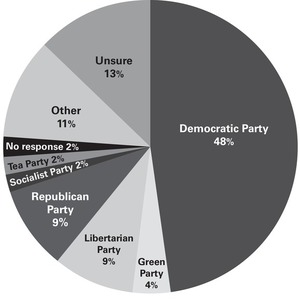 How hot is the cup of tea? Tea Party thoughts at MIT

The Tea Party is a very hot topic in American politics nowadays. This is especially evident in our publication, as a number of my colleagues at The Tech have published articles discussing the position of the party regularly. Depending on with whom you bring up the issue, however, it seems that opinions vary largely between Democrats and Republicans. When you add major media outlets and the Tea Party themselves into the mix, you’re left with a huge number of diverse views. 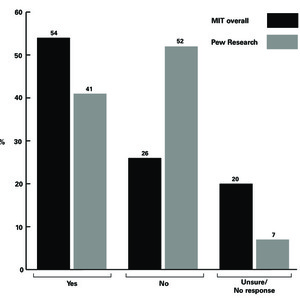 GETTING OUT OF THE RED Legalize it

For a moment, ignore the question of whether, as a matter of principle, marijuana should be legal or illegal. What would be the net improvement of U.S. public finances if the drug were legalized and taxed?

Because of a production error, the SMBC comic run last Friday transposed the ordering of the last two pairs of frames. The female character’s declaration of the ease of avoidance of “clingy guys” should come after the male character’s statement of his inability to eat a brick, not before. The comic is reprinted in the correct order on p. 12 of this issue. 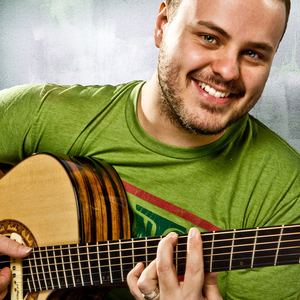 Andy McKee is one of the best fingerstyle guitarists in America, currently signed onto the Razor &amp; Tie record label. He is famous for achieving over 40 million views on YouTube to date for his signature song, “Drifting.” McKee is currently on the Guitar Masters tour, along with fellow fingerstyle players Antoine Dufour and Stephen Bennett. I sat down with him to chat about the tour, being a guitarist, and life in general. 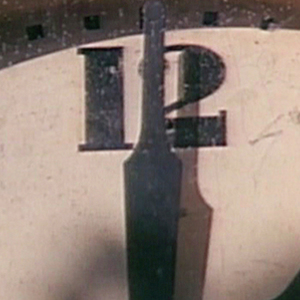 EXHIBIT REVIEW From time to time

It is quite an ambitious project to create a 24-hour film. More ambitious yet is to create one without main characters, without a plot, and which comprises entirely of scenes involving clocks from other films. Yet that is precisely what Christian Marclay has done — and very effectively, too.

Nearly 12 years ago, Erika Lee ’12 became infatuated with a “bad” martial arts movie and began training at a local taekwondo place near her home in California. Today, Lee boasts a second degree black belt, appearances in international competitions, and a love for electrical engineering and computer science. This senior is quite the star of the MIT Sport Taekwondo Club, and also serves as treasurer and instructor for the team this year.

MIT’s women’s tennis team finished off a fine NEWMAC conference season Monday as the No. 22 Engineers took a 6-3 win at Wheaton College. MIT picked up key wins in all three doubles matches as it ran its record to 6-2 overall and 6-1 in the NEWMAC.

A Tech survey of over 2100 MIT undergraduates and graduate students conducted last year showed that only 2 percent of MIT students felt the Tea Party best represented their views. The overwhelming plurality of student...

Last October, The Tech surveyed over 2100 MIT undergraduate and graduate students about their political views. We asked whether students supported California Proposition 19, a measure to legalize and regulate marijuan... 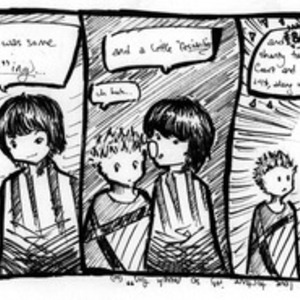 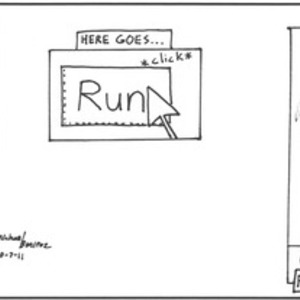 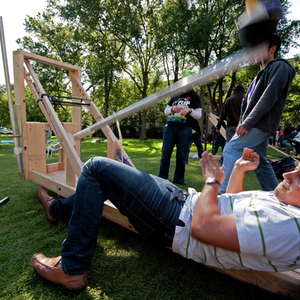 A Mechanical Engineering student launches an “angry bird” at targets downrange on Killian Court Friday afternoon. The energetic event was the culmination of several weeks’ worth of designing and building in 2.009 (The...
Christopher A. Maynor—The Tech 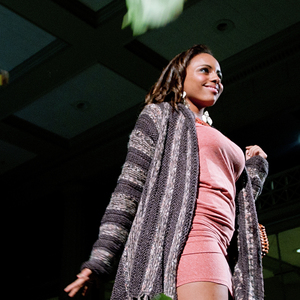 Danielle Marie ’14 scattered leaves on the runway as she showed off an outfit from Free People at KATwalk. KATwalk, hosted by Kappa Alpha Theta, took place in Walker Memorial on Monday night.
Feng Wu—The Tech 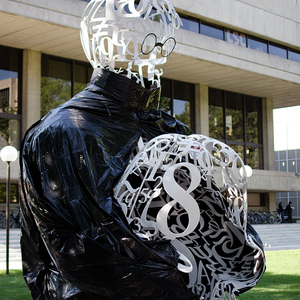 Hackers dressed the Alchemist in the likeness of Steve Jobs on Monday. There was also an Apple logo hack in Lobby 7 the same day — all in honor of the recently deceased visionary.
Melissa Renée Schumacher—The Tech 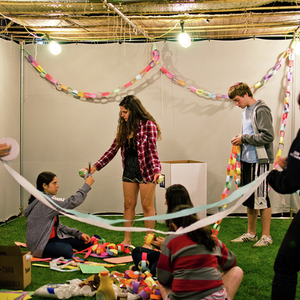 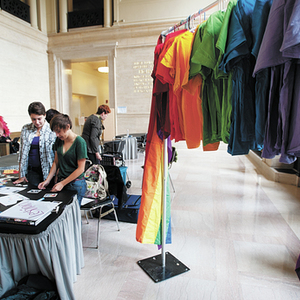 Members of LBGT@MIT hosted a colorful closet in Lobby 10 on Wednesday, a day after National Coming Out Day. Members of the MIT community were welcome to “come out” of the closet throughout the day.
Christopher A. Maynor—The Tech
All Photos From Issue