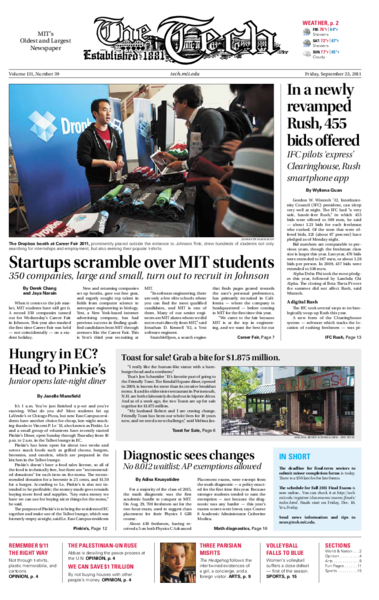 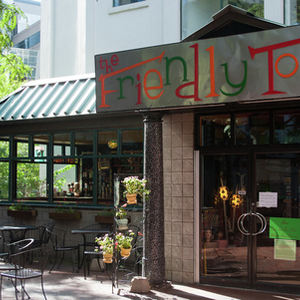 “I really like the human-like statue with a hamburger head and a sombrero.”

For a majority of the class of 2015, the math diagnostic was the first academic hurdle to conquer at MIT. On Aug. 29, 700 freshmen sat for the two-hour exam, used to suggest class placement for their Physics I GIR course.

Because of an editing error, a letter published last Friday omitted several words from the second sentence. It should read, “Yet data from the Guttmacher Institute show that the abortion rate is over twice as high for women who live with their partner as for those who do not.”

The deadline for final-term seniors to submit minor completion forms is today. There is a $50 late fee for late forms. 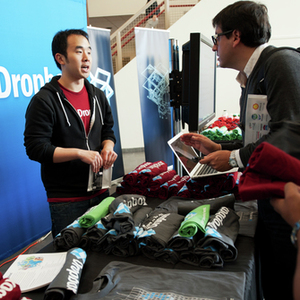 When it comes to the job market, MIT students have still got it. A record 350 companies turned out for Wednesday’s Career Fair in Johnson. This year also marked the first time Career Fair was held — not coincidentally — on a student holiday.

Hungry in EC? Head to Pinkie’s

It’s 1 a.m. You’ve just finished a p-set and you’re starving. What do you do? Most students hit up LaVerde’s or Chicago Pizza, but now East Campus residents have another choice for cheap, late-night snacking thanks to Vincent P. Le ’13, also known as Pinkie. Le and a small group of volunteers have recently started Pinkie’s Diner, open Sunday through Thursday from 10 p.m. to 2 a.m. in the Talbot lounge in EC.

Gordon W. Wintrob ’12, Interfraternity Council (IFC) president, can sleep very well at night. The IFC had “a very safe, hassle-free Rush,” in which 455 bids were offered to 369 men, he said — about 1.23 bids for each freshman who rushed. Of the men that were offered bids, 321 (about 87 percent) have pledged as of Monday night.

James L. Sherley is at it again. When a court decided in July that the NIH could indeed fund human embryonic stem cell research, and that they were not violating a Congressional appropriations rider to do so, Sherley and his co-plaintiff, Theresa A. Deisher, said they would appeal.

SAN FRANCISCO — Facebook, the Web’s biggest social network, is where you go to see what your friends are up to. Now it wants to be a force that shapes what you watch, hear, read and buy.

In Europe, a chorus of outrage over execution of Troy Davis

PARIS — Even in a region long disdainful of U.S. attitudes toward the death penalty, public officials, editorial writers and activists across Western Europe reacted with fury Thursday to news that Troy Davis was executed in Georgia on Wednesday night.

US eyes business opportunities in Libya as the embassy reopens

TRIPOLI, Libya — The United States formally reopened its embassy in Libya Thursday as the returning ambassador said that his government was cautiously optimistic about the country’s future and already trying to help U.S. companies exploit business opportunities there.

The odds that a falling satellite will kill you Friday are probably zero — but maybe not quite.

BRUSSELS — Preoccupied with fears of increased migration from the south, the European Union told its two newest members, Romania and Bulgaria, on Thursday that they would have to wait to join the bloc’s passport-free travel zone.

Satellite to rain from sky

A dead NASA satellite looks to make it’s reentry into Earth’s atmosphere sometime in the afternoon Friday, EDT. This large hunk of space debris has been incapacitated and is tumbling towards a most spectacular plunge to the surface. NASA expects 26 sizable pieces to remain intact to the ground, the largest of which may be over 300lbs. Although the re-entry is predicted to leave a awe-inspiring trail in the sky over 500 miles long, don’t get your hopes up. The satellite is most likely to make its hard landing somewhere in Europe or Asia, depending on the exact time of reentry. If you are concerned about your friend overseas getting hurt by the debris, don’t worry. NASA has guesstimated a 1 in 3,200 chance of the satellite harming any human.

Single-sex education is ineffective, misguided and may actually increase gender stereotyping, a team of psychologists asserts in a paper to be published Friday.

Today, Palestinian leaders may attempt to achieve statehood with a unilateral declaration of independence at the United Nations. This political ploy on the part of the Palestinians, if carried out, will not only fail to change the situation on the ground, but will also severely undermine peace and violate past agreements with Israel. Therefore, in the interest of true and meaningful peace, it is the responsibility of Congress to cut U.S. foreign aid to the Palestinian Authority if any such unilateral appeal for statehood is made.

A week ago, we remembered a terrible day. We remembered not only the effect that this day has had on all of our lives, but the importance of overcoming the pain together. We also reminded ourselves that the only way to fight terror is to face it, to remain strong, and to know that it can never be powerful or frightening enough to bring down our way of life.

For decades, the U.S. government has attempted to encourage home ownership through a tax provision called the home mortgage interest rate deduction (HMID). Formed in an era before politicians began christening each of their creations in Orwellian NewSpeak, the HMID does exactly what its moniker suggests: for those taxpayers who itemize, the HMID allows any interest payments on a home mortgage to be deducted from their taxable income.

Marion Griffin should be remembered

The Hedgehog proves that a film is best enjoyed if you watch it with low expectations at the outset. Admittedly, I read Muriel Barbery’s The Elegance of the Hedgehog this summer and enjoyed it so much that I was convinced that the film adaptation would be an absolute failure. After all, aren’t all movie adaptations of books at least something of a disappointment? Morbid curiosity is what drove me to watch The Hedgehog, and, well, thank goodness for morbid curiosity. 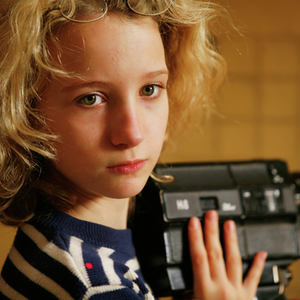 The Hedgehog explores the similarities between three very different Parisians

The Hedgehog is a French-language movie directed by Mona Achache based on the novel The Elegance of the Hedgehog, by Muriel Barbery. In the movie, unlikely encounters develop in the setting of an affluent Parisian neighborhood. The film explores the interactions between Paloma, an 11-year old girl, Renée Michel, an apartment concierge, and Kakuro Ozu, a Japanese man who recently moved to the apartment complex. 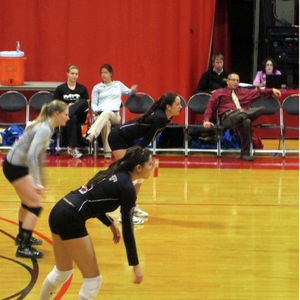 The MIT women’s volleyball team faced off against the Wellesley Blue in a heated contest this Tuesday night but unfortunately endured its first loss (27-25, 18-25, 25-15, 25-20) of the season. Coming hot off an 11-0 record thus far, the Engineers hoped to gain momentum. But this match moved MIT to 2-1 in the NEWMAC conference and Wellesley also to 2-1 in the conference, but to 6-3 overall.

The MIT water polo team, ranked No. 6 in the latest Collegiate Water Polo Association (CWPA) Division III poll, traveled west to California for a four-day trip over the weekend, taking on some of the top squads in the area while there. The Engineers participated in the Posada Royale Invitational at California Lutheran University, in addition to playing three games at Claremont-Mudd-Scripps Colleges. MIT picked up three wins against four losses during the road trip.

The Dropbox booth at Career Fair 2011, prominently placed outside the entrance to Johnson Rink, drew hundreds of students not only searching for internships and employment, but also seeking their popular t-shirts.
Jaswanth Madhavan 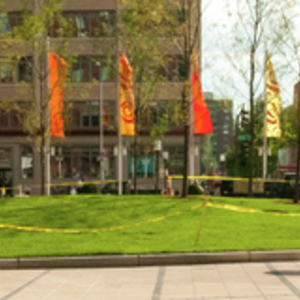 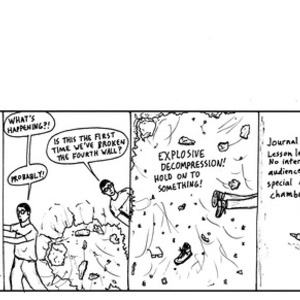 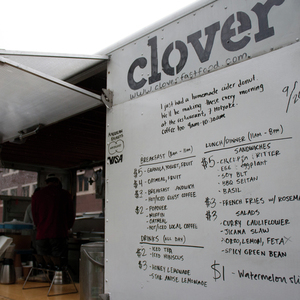 The Clover food truck, located on Carleton St. near the Kendall T-stop, has recently extended its hours and is now open Monday through Saturday from 8 a.m. to 8 p.m., and Sunday from 10 a.m. to 4 p.m.
Elaine Kung 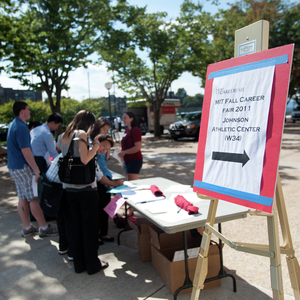 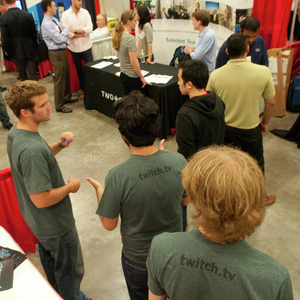 The career fair this past Wednesday was well attended, thanks to the MIT holiday that allowed students to attend the fair without skipping class.
Arthur j. Petron—The Tech