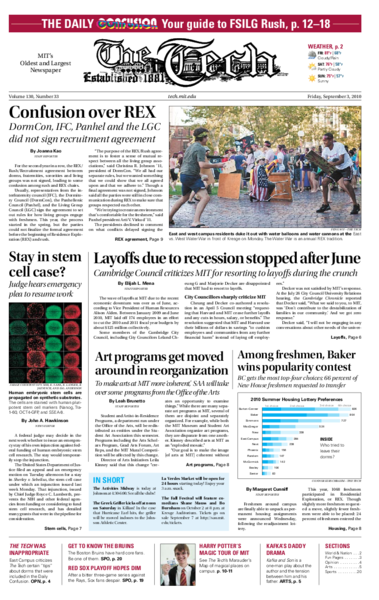 Art programs get moved around in reorganization

Student and Artist-in-Residence Programs, a department run under the Office of the Arts, will be redistributed as entities under the Student Art Association this semester. Programs including the Arts Scholars Program, Grad Arts Forum, Art Reps, and the MIT Mural Competition will be affected by this change.

A final report on the 2010 House Dining Review was released on Tuesday, which summarizes the House Dining Advisory Group’s recommendation for the new dining plan that will be implemented in the four dorms with dining halls starting in Fall 2011.

An article on August 31 stated that the MIT Mobile iPhone app was updated with the EZRide bus schedule, but the update was not just for iPhone users. The update was for MIT’s website for mobile devices, MIT Mobile Web. The iPhone app pulls all its information from MIT Mobile Web, which is a mobile-optimized MIT website that can be accessed by any browser at<i> m.mit.edu</i>. 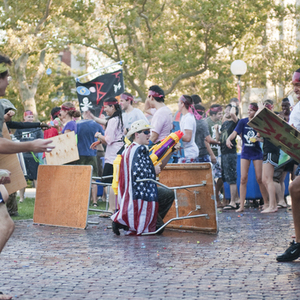 For the second year in a row, the REX/Rush/Recruitment agreement between dorms, fraternities, sororities and living groups was not signed, leading to some confusion among rush and REX chairs.

Layoffs due to recession stopped after June

The wave of layoffs at MIT due to the recent economic downturn was over as of June, according to Vice President of Human Resources Alison Alden. Between January 2009 and June 2010, MIT laid off 174 employees in an effort to cut the 2010 and 2011 fiscal year budgets by about $125 million collectively. 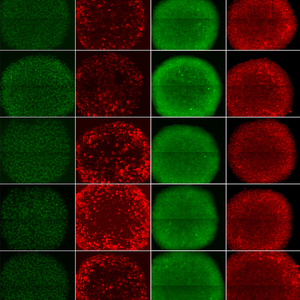 A federal judge may decide in the next week whether to issue an emergency stay of his own injunction against federal funding of human embryonic stem cell research. The stay would temporarily stop the injunction.

CITGO sign to be equipped with new LED lights

Notice something missing from the Boston skyline? The CITGO sign has been undergoing renovation since July 23 to upgrade its LEDs to the most “technologically advanced of their kind,” according to the CITGO website. This update comes as part of CITGO’s centennial milestone. The work on the sign is being carried out by the Federal Heath Sign Company. The new LEDs have been designed to improve the sign’s ability to withstand temperature change, extreme wind, water damage, and UV rays. CITGO expects the 45-year-old sign to turn back on “just in time for baseball playoffs,” or some time this coming October.

Welcome to the Daily Confusion for FSILG Rush 2010! Greek and ILG life are huge on MIT’s campus, and while they may not be right for everyone, many people (including myself) cite their affiliations as a key piece of what makes their MIT experience so fun and valuable.

Freshmen around campus are finally able to unpack as permanent housing assignments were announced Wednesday, following the readjustment lottery.

Hurricane Earl closed in on North Carolina early Thursday evening, pelting the eastern part of the state with bands of rain and powerful blasts of wind as communities and seaside towns across the eastern seaboard braced for the storm’s devastating force.

Stanford’s football team does not make it to many premier bowl games, but the Cardinal rules college sports by another influential measure: it has won the Directors’ Cup 16 years in a row.

In a shift, fewer young voters identify with democrats

FORT COLLINS, Colo. — The college vote is up for grabs this year — to an extent that would have seemed unlikely two years ago, when a generation of young people seemed to swoon over Barack Obama.

After five straight days sunny skies with temperatures greater than 90°F, today Cambridge will experience a different type of summer weather phenomenon; a hurricane. Hurricane Earl, which has been churning in the Atlantic for the last week, had an intensity of 115 mph and was located 670 miles south/southwest of Nantucket (off the coast of North Carolina). The hurricane is predicted to pass about 60 miles east of Chatham, MA (on Cape Cod) Friday night, and although it will have weakened due to the colder ocean waters, it should still pack some powerful winds. Cape Cod may experience winds of up to 80 mph, stormy seas with wave heights of 20 feet, as well as heavy rain. Here in Cambridge, further from the center of the storm, we should expect heavy rainfall this evening through early tomorrow morning and winds of up to 40 mph (tropical storm strength), with the possibility of stronger gusts. The rest of the holiday weekend should be sunny with milder temperatures.

KABUL, Afghanistan — One of the principal owners of the Afghan bank at the center of an accelerating financial crisis here said depositors had withdrawn $180 million in the past two days. He predicted a “revolution” in the country’s financial system unless the Afghan government and the United States moved quickly to help stabilize the bank.

BP is warning Congress that if lawmakers pass legislation that bars the company from getting new offshore drilling permits, it may not have the money to pay for all the damages caused by its oil spill in the Gulf of Mexico.

JERUSALEM — As the Israeli and Palestinian leaders pledged at the peace summit meeting in Washington this week to try to resolve the core issues that have long divided their people and bloodied the land, a growing number of stakeholders here in Israel worried that the two sides were aiming too high.

While there has historically been a degree of suggestiveness or double entendre in the entries of the Daily Confusion, we at East Campus felt that a number of the entries added by the Tech staff this year were highly inappropriate and damaging.

THEATER REVIEW The art of being an artist

<i>“You asked me recently why I maintain that I am afraid of you. As usual, I was unable to think of any answer to your question, partly for the very reason that I am afraid of you, and partly because an explanation of the grounds for this fear would mean going into far more details than I could even approximately keep in mind while talking.” </i>

Getting to know the Boston Bruins

In Boston, the Bruins won’t win a popularity contest with the Red Sox, Patriots, or Celtics, but their hardcore fans are true Bostonians and as dedicated to their team as any fans of the other New England sports teams. For those unfamiliar with the game of ice hockey, imagine a sport which, like soccer, is a low-scoring affair, but unlike soccer, permits physicality between players and doesn’t reward those who like to fake injuries. It also represents one of the best ways to have fun when you’re near a frozen body of water and can’t go anywhere because there’s too much snow (this is New England for about four months out of the year). Many Bruins fans, unlike fans of franchises in the southern United States, have fond memories of playing the game with family and friends. Collegiate hockey (the BU Terriers and the BC Eagles are among the top teams in the nation) is extremely popular around Boston as well.

The Red Sox headed to Tampa Bay last weekend to take on the Rays in a pivotal three-game series. Five and a half games behind the Rays, the Red Sox needed to take at least two out of three in the series to position the team for the last month of the season. A promising start stoked playoff hopes, but the rest of the weekend left Red Sox nation in a somber state of mind. Here’s a recap of the weekend and a look ahead at what lies in store for the Sox.

East and west campus residents duke it out with water balloons and water cannons at the East vs. West Water War in front of Kresge on Monday. The Water War is an annual REX tradition.
Feng Wu—The Tech 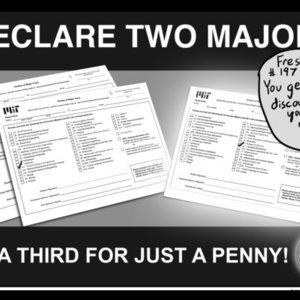 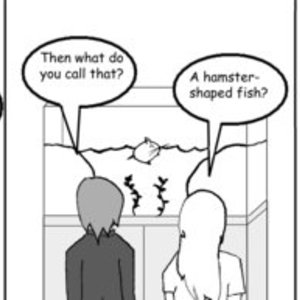 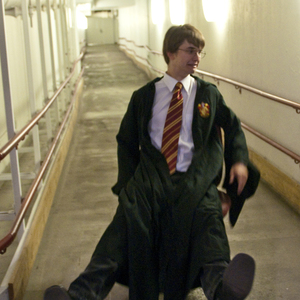 Harry visits one of the underground tunnels near building 66. Chairs are almost as good as brooms!
Jessica Liu —The Tech 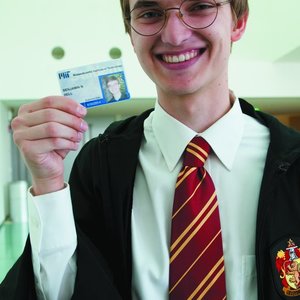 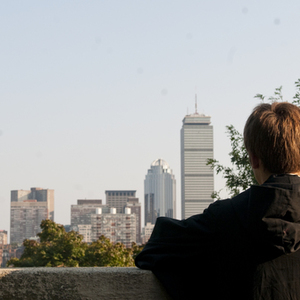 Harry stares out at the Boston skyline from a mysterious balcony. Where is he? Hint: this is a dormitory.
Jessica Liu —The Tech 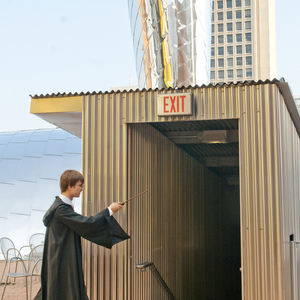 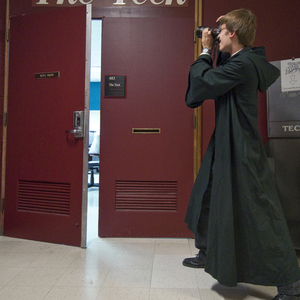 W20-483: Harry tries out muggle photography at The Tech, a publication that is infinitely superior to The Daily Prophet.
Andrew SwayZe —The Tech 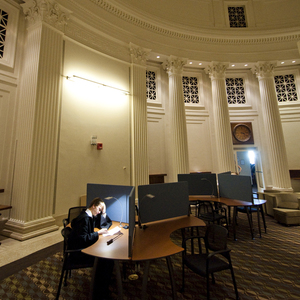 10-500: Harry studies for his O.W.L.s in the reading room of the Barker Engineering Library.
Andrew Swayze —The Tech 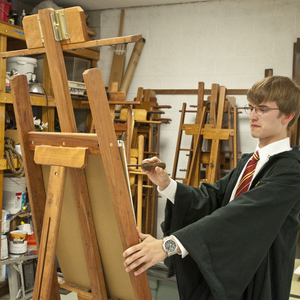 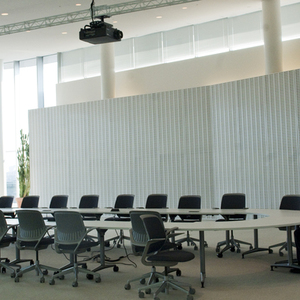 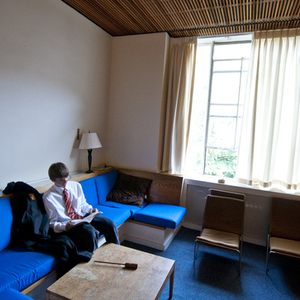 3-310: Instead of a magical slide to keep boys out, the Margaret Cheney room asks for a code to enter. Harry won’t be hanging out here anymore.
Andrew Swayze —The Tech 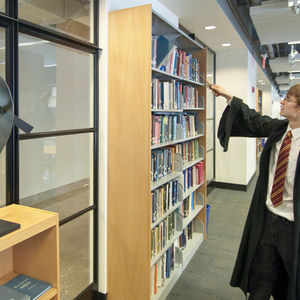 4-332: Harry defiesp physics by levitating a book in the physics library in building 2.
ANdrew Swayze —The Tech 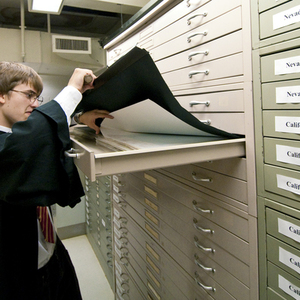 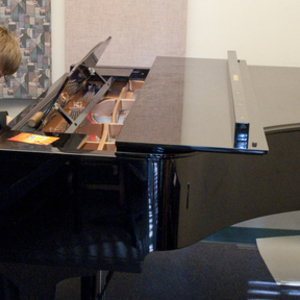 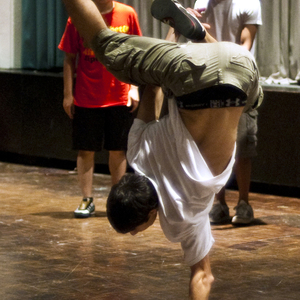 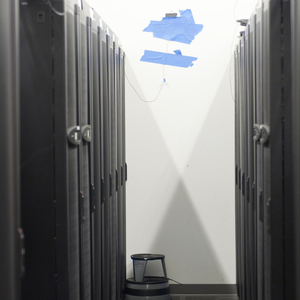 Supercomputers stand in one of the machine rooms at CSAIL on Wednesday. After two water chillers at the central cooling plant failed on Tuesday, CSAIL was forced to shut down inessential machines to avoid overheating....
Melissa Renee Schumacher—The Tech
All Photos From Issue