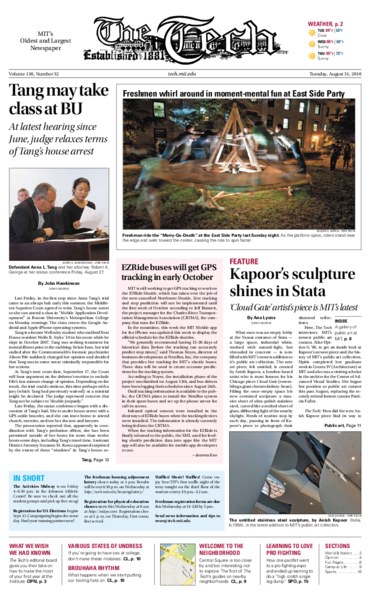 The United States Department of Justice filed an appeal and an emergency motion this afternoon for a stay in <i>Sherley v. Sibelius</i>, the stem cell case under which an injunction issued last week Monday. That injunction prevents the NIH and other federal agencies from funding or considering to fund stem cell research, and has derailed many grants that were in the pipeline for consideration.

An article from August 4 about MIT’s connections to the military’s WikiLeaks probe gave the wrong year for Christian J. Ternus. He is a current MIT graduate student and was undergraduate class of 2010; he is not class of 2011.

During its decades of rapid growth, China thrived by allowing once-suppressed private entrepreneurs to prosper, often at the expense of the old, inefficient state sector of the economy. 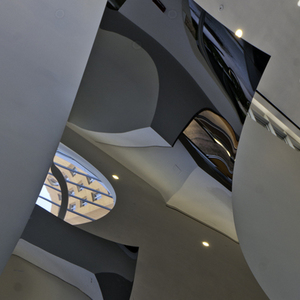 What once was an empty lobby at the Vassar entrance of Stata — a large space, industrial white, washed with natural-light, but shrouded in concrete — is now filled with MIT’s newest addition to it’s public art collection. The new art piece, left untitled, is created by Anish Kapoor, a London-based artist who is most famous for his Chicago piece <i>Cloud Gate</i> (resembling a giant chrome kidney-bean). Filling the once-empty space his new oversized sculpture: a massive sheet of ultra-polish stainless steel, curved like a melted sheet of glass, diffracting light of the nearby skylight. Herds of tourists stop by each day, pausing in front of Kapoor’s piece to photograph their distorted reflections.

EZRide buses will get GPS tracking in early October

MIT is still working to get GPS tracking to work on the EZRide Shuttle, which has taken over the job of the now-cancelled Northwest Shuttle. Live tracking and stop prediction will not be implemented until the first week of October according to Jeff Bennett, the project manager for the Charles River Transportation Management Association (CRTMA), the company that runs the EZRide. 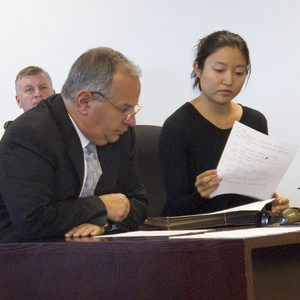 Tang may take class at BU

Last Friday, in the first step since Anna Tang’s trial came to an abrupt halt early this summer, the Middlesex Superior Court agreed to relax Tang’s house arrest so she can attend a class in “Mobile Application Development” at Boston University’s Metropolitan College on Monday evenings. The class covers the Google Android and Apple iPhone operating systems.

JERUSALEM — Israel’s prime minister, Benjamin Netanyahu, said he hoped the peace negotiations that are to begin next week would include meetings every two weeks between him and the Palestinian president, Mahmoud Abbas, an Israeli official said Friday.

Get the feeling that web ads are following you? They really are

The shoes that Julie Matlin recently saw on Zappos.com were kind of cute, or so she thought. But Matlin was not ready to buy and left the site.

While the Atlantic hurricane season started relatively slowly in June and July, tropical cyclones have recently become more frequent, and now a major hurricane has the potential to impact the East Coast of the United States. As of 5 p.m. last night, Hurricane Earl had become a Category 4 hurricane, with maximum sustained winds of 135 mph (217 km/h), and was situated just north of the Virgin Islands. Furthermore, global and regional computer models bring the track of the storm close to the Massachusetts coastline on Friday afternoon. If the storm does pass close to our area, high winds and heavy rainfall can be expected for the end of the week. However, it is still too soon to know whether the hurricane will affect our area, since track forecasts for the end of the week could be off by as many as several hundred miles.

TEXAS CITY — While the world was focused on the oil spill in the Gulf of Mexico, a BP refinery here released huge amounts of toxic chemicals into the air that went unnoticed by residents until many saw their children develop respiratory problems.

Imagine cutting out a diseased appendix without ever having seen a Gray’s Anatomy diagram, or calculating drug doses without a Physicians’ Desk Reference, and you’ll have an idea what it’s like to practice medicine in Afghanistan.

WASHINGTON — It seems the ultimate thumb in the eye: that Glenn Beck would summon the Tea Party faithful to a rally on the anniversary of the March on Washington, and address them from the very place where the Rev. Dr. Martin Luther King Jr. delivered his “I have a dream” speech 47 years ago. After all, the Tea Party and its critics have been facing off for months over accusations of racism.

Sanofi-Aventis, the French drugmaker, publicly disclosed its $18.5 billion bid for Genzyme on Sunday, intensifying pressure on the U.S. biotechnology company to engage in discussions about a sale.

There are always things you wish someone had told you earlier. This is especially true for a place like MIT, where you’ll likely be facing challenges you’ve never had to face before. But there’s also value in learning to how to deal with these challenges on your own. So without taking some of the mystery (and fun) out of your first year at MIT, here are some things we wished we knew for our upcoming freshmen years.

Leaving our children behind

<i>“The question we ask today is not whether our government is too big or too small, but whether it works... Where the answer is yes, we intend to move forward. Where the answer is no, programs will end. And those of us who manage the public’s dollars will be held to account — to spend wisely, reform bad habits, and do our business in the light of day — because only then can we restore the vital trust between a people and their government.”</i> 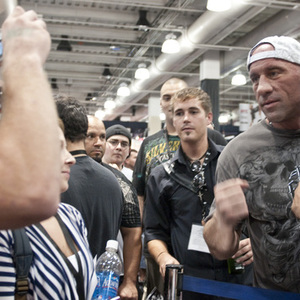 The Art of UFC

I’m not a sports fanatic in any sense. I don’t follow the Red Sox or the Bruins, and I absolutely hate seeing blood or watching people get punched out.

At 7:20pm on Sunday, the TD Garden was in complete excitement for UFC 118. This was the first time that the UFC had been in Boston. Tickets went for anything from $75 to $4500, and some fans had even lined up outside of the box office at midnight when the tickets were released to guarantee the best seating possible for the event. According to Fightline, 15,575 fans attended the event. Official numbers will be released next week.

How not to get around MIT

The new fall semester approaches, bringing with it new fashions, new television seasons, and new freshmen wearing the latest fashions they saw on television. Having been a freshman recently enough to remember all of the embarrassing missteps I made (except for the ones I can’t remember), it seems appropriate at this juncture to share the golden wisdom I’ve accumulated (both karats of it) with all of you newcomers while reader interest is still running on morbid curiosity.

When I was a freshman, I truly believed Central Square was the “bad” part of town. My memories of the area centered on a misplaced Gap (now out-of-business) and a very “colorful” Wendy’s. Back then, I never would’ve imagined that I would eventually move off campus to live in this neighborhood. Out of all the Boston neighborhoods, it’s one of my favorites. For the time being, I can’t imagine living anywhere else.

Defendant Anna L. Tang and her attorney Robert A. George at her status conference Friday, August 27.
John A. Hawkinson—The Tech 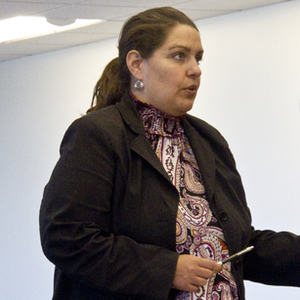 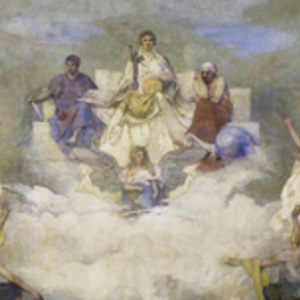 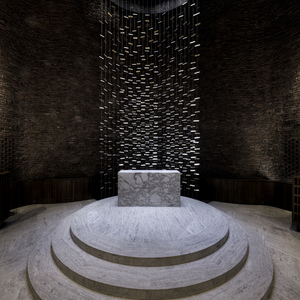 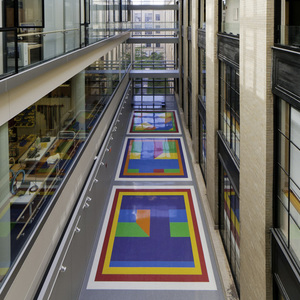 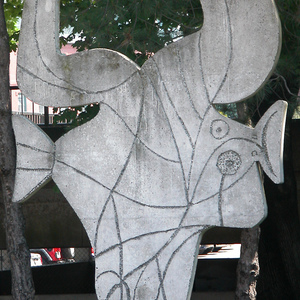 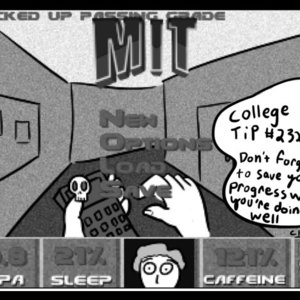 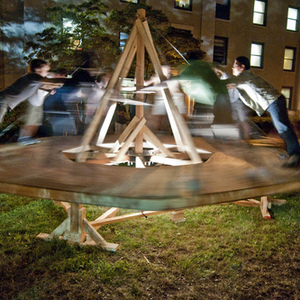 Freshman ride the “Merry-Go-Death” at the East Side Party last Sunday night. As the platform spins, riders stand near the edge and walk toward the center, causing the ride to spin faster.
Elijah Mena—The Tech 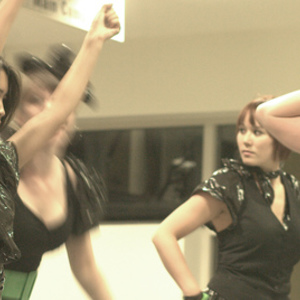 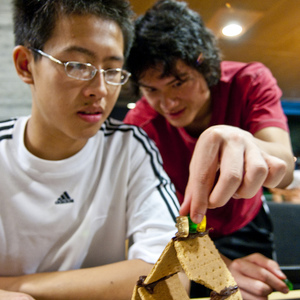 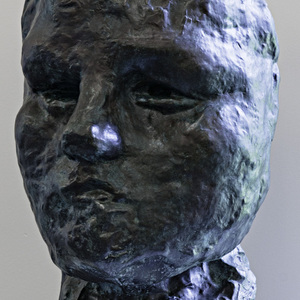 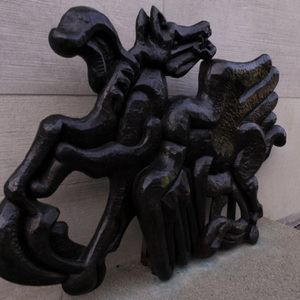 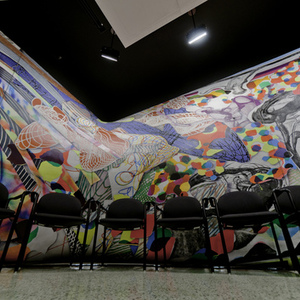 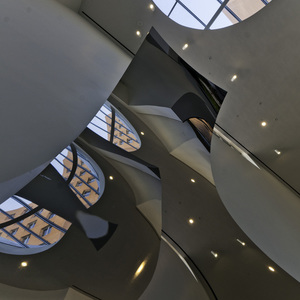 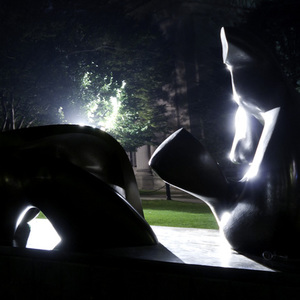 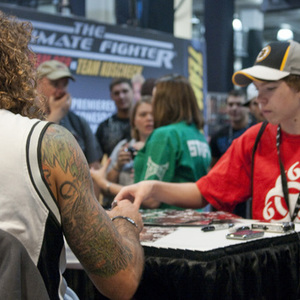 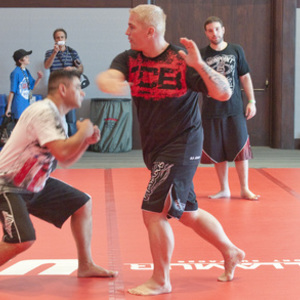 Canadian Mixed Martial Arts fighter Shawn Tompkins (right) teaches a right hook during a training session. He emphasized starting with a jab and punching with the shoulders.
Joanna Kao—The Tech 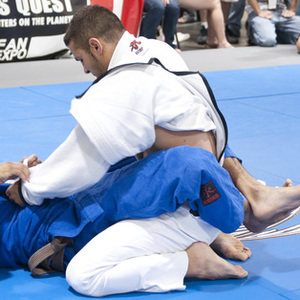 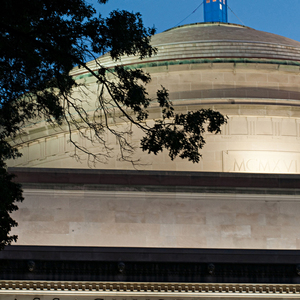 Yesterday morning, the illuminated Dr. Who police box was “teleported” by hackers from the roof of Building 7 to the Great Dome. On the British science fiction show, the box is actually the TARDIS, a “Time And Relativ...
Eric D. Schmiedl—The Tech 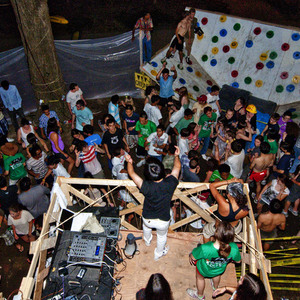 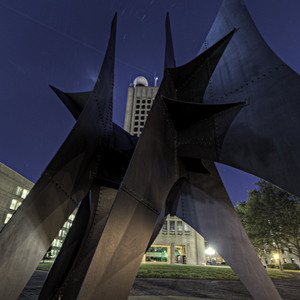