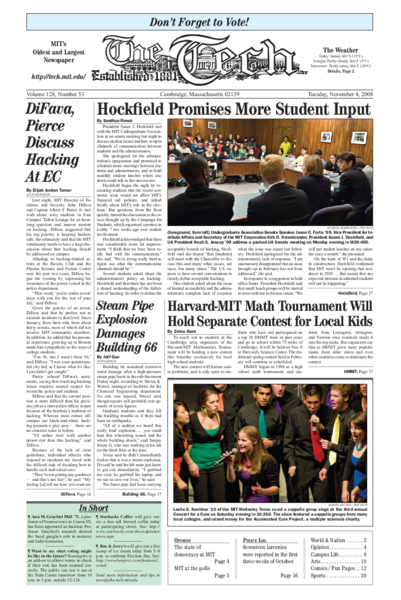 Last night, MIT Director of Facilities and Security John DiFava and Captain Albert F. Pierce Jr. met with about sixty students in East Campus’ Talbot Lounge for an hour-long question and answer session on hacking. DiFava suggested that his top priority is keeping hackers safe, but ultimately said that the MIT community needs to have a large discussion about how hacking should be addressed on campus.

Building 66 sustained extensive water damage after a high-pressure steam pipe burst in the sub-basement Friday night, according to Steven K. Wetzel, manager of facilities for the Chemical Engineering department. No one was injured, Wetzel said, though repairs will probably cost upwards of seven figures.

<i>The following incidents were reported to the MIT Police between Oct. 1 and Oct. 22, 2008. This summary does not include incidents such as false alarms, general service calls, or medical shuttles.</i>

Tuition costs rose slightly faster than the Consumer Price Index last year, and students received record amounts of financial aid, according to the annual reports on college pricing and student aid released Wednesday by the College Board.

When does a recipe become a science project? 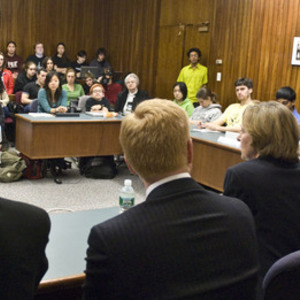 President Susan J. Hockfield met with the MIT Undergraduate Association in an senate meeting last night to discuss student issues and how to open channels of communication between students and the administration.

To reach out to students in the Cambridge area, organizers of the Harvard-MIT Mathematics Tournament will be holding a new contest this Saturday exclusively for local high school students.

Madelyn Dunham, who watched from afar as her only grandson rapidly ascended the ranks of American politics to the brink of the presidency, did not live to see whether he was elected.

An internal review by the American military has found that a local Afghan police chief and another district leader helped Taliban militants carry out an attack on July 13 in which nine U.S. soldiers were killed and a remote American outpost in eastern Afghanistan was nearly overrun.

A military panel at the Guantanamo naval base convicted a former Qaida propaganda chief of terrorism charges on Monday and sentenced him to life in prison, giving the Bush administration a second conviction in a war-crimes trial there.

U.S. Sales of New Cars and Trucks Plummet in October

Sales of new cars and trucks in the United States plummeted in October to levels not seen in the auto industry in 25 years.

Tuesday marks the end of a battle that has lasted for more than two years, with each side predicting apocalyptic consequences should it lose.

The 2008 race for the White House that comes to an end on Tuesday fundamentally upended the way presidential campaigns are fought in America, a legacy that has almost been lost with all the attention being paid to the battle between John McCain and Barack Obama.

At least one broadcast network and one Web site said Monday that they could foresee signaling to viewers early Tuesday evening which candidate appeared likely to win the presidency, despite the unreliability of early exit polls in the last presidential election.

Can today’s weather affect the US election? According to an article in the June 2007 edition of the <i>Journal of Politics</i>, it can. In any election, rain and wind can impact voter turnout. Although there is likely a low correlation, there appears to be a signal in this study: rain benefits Republicans. Because democrats are more likely to live in urban areas, rain will impact Democratic “peripheral” voters more. The city folks are likely to have longer time outdoors, such as walking to polling stations, waiting for public transportation and in longer lines at urban polling places. As a result, these peripheral voters are presumably less inclined (or even less able) to go vote, and hence fewer democrats show up when it is raining. According to the study, for each inch of rain (above normal), the Republican presidential candidate received an extra 2.5 percent of the vote. So in a close election, rain can impact the election results.

Science With a Side of Politics

If you’ve eaten lunch in Lobdell or the Kendall Food Court in the past few weeks, the following pattern of conversation may seem familiar to you: as you’re catching up with a friend, you overhear the next table loudly debating the latest Sarah Palin scandal. Amused, your friend pulls up a video montage of Barack Obama’s most recent slip-ups and the two of you start laughing over the mudslinging going on in the press. Soon, you realize the next table has been sucked in, and by the end of lunch the whole room is going.

George Soros described his experience during World War II as a Jew as his formative year. In escaping from the Nazis, Soros’ father understood that “there are times when the normal rules don’t apply.” As described in the title of his talk last week, “The New Paradigm for Financial Markets,” the world is entering one of those very times. People haven’t a clue of the value of assets that serve as the foundation of the world economy, our leaders are fumbling their way through the dark, and the world is entering uncharted territory. As a result, the markets yo-yo like a cheap kid’s toy.

It has been a long debated question whether Barack Obama is more of a politician or a celebrity. As a presidential candidate, he has come under heavy fire for his celebrity status. Seeing that all presidential candidates are under the merciless eye of both tabloid reporters and political columnists, the question is whether he has really earned this dubious reputation — and whether it matters.

MIT at the Polls

What are MIT students thinking about regarding this year’s presidential elections? The Forum on American Progress (FAP) has long been pondering this question. As a student group that aims to explore America’s role on the world stage, FAP decided to conduct a political interest survey in the weeks leading up to the Election Day. The results of our survey will hopefully offer some insights into how we, as a student body, might behave at the polls.

The State of Democracy at MIT

As I sit here writing in the student center, I gaze upon Kresge Auditorium — the voting place of Ward 2, Precinct 2 in the City of Cambridge. Today, many citizens will come to this place to cast their ballots in national, state, and local races — to elect whom they will entrust with the sacred duty to represent the constituency in the halls of government. It’s ironic though, that we will exercise our greatest civic duty and most sacred right as Americans on the very grounds of an institution that runs itself in such an autocratic fashion.

Forced to be Free

“Now shut up and do what I say: express yourself, go and vote!”

The roots of the current American electoral system date back to the days of the Constitutional Convention in 1787. Undoubtedly, many things have changed over the last 221 years and I would like to pose the question: Are major reforms of the national election system sensible and overdue? The way that America conducts its elections is very different from that of many other countries in the Western world. Comparing the American system to other strong democracies, such as Germany, unveils a number of fundamental — and very interesting — differences in the representation of candidates, the party system and general voting procedures themselves.

Why You Should Keep Caring

In a few hours, the election campaign that has captivated the American news media for the past two years will come to an end. This dynamic campaign has made the American political process a conversation topic in living rooms around the country, as well as in many a dorm room at the Institute. The campus has shown more political awareness in the past six months than I’ve seen in my previous two years at MIT. Whether or not you’re happy with the election results tonight, here’s why our campus should continue to be engaged by public policy.

We all love to be wordly. Shuffle through your friends’ facebook pages, and you’ll no doubt find a slew of open-minded comrades summarizing their musical preferences as “everything.” That is, everything by the Shins. Or, alternatively, Shostakovich.

CONCERT REVIEW Keith Jarrett is Better Than You, and He Knows It

The trailblazer of egoism in Jazz might be Miles Davis, or perhaps Charlie Mingus; each declared jazz to be art, not just entertainment. They didn’t smile. They didn’t laugh. If you screwed around with them, they punched you in the face (in Mingus’ case).

Sometimes I worry that my particular brand of love for Jane toes a fine, but distinct, line between nuisance and comedic relief. She puts up with a whole lot: I constantly talk to her during lecture, disturb her while she’s in the middle of her experiments, push my fiber pills on her like I were a dealer, tell her dirty jokes (loudly) when we’re in public and insist on detailing the most horrific details of my ever-faltering love life.

As Eddie Vedder has pointed out at many Pearl Jam shows, “we’ve all been benefiting from the long term friendship between Jeff Ament and [Pearl Jam guitarist] S<i>tone</i> Gossard.” It’s True that it was the songwriting duo that sent Eddie Vedder a demo tape almost two decades ago, which contained nascent versions of future Pearl Jam hits like “Evenflow” and “Alive.” 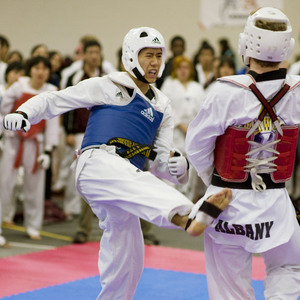 On Saturday, October 25, the MIT Sport Taekwondo Club organized and competed in the first Ivy Northeast Collegiate Taekwondo League (INCTL) tournament of the season. Hosted on campus at the Johnson Athletics Center, the tournament was one of the biggest in the history of the league, with 343 competitors from 21 schools. 53 of MIT’s own competed in a long day of forms and sparring. In the end, MIT emerged victorious, taking first place overall and showing its depth in many individual divisions.

Well, the 2008 Major League Season has finally come to a close. Last week, the Philadelphia Phillies defeated the Tampa Bay Rays in perhaps one of the most controversial and strange Fall Classics in recent memory, featuring artificial turf and catwalks, umpiring gaffes, a rain delay, and the first suspended game in World Series history.

Jacob J. Ruzevick ’09 captured Runner of the Year honors for the second year in a row and helped lead the MIT men’s cross country team to the New England Women’s and Men’s Athletic Conference (NEWMAC) championship Saturday at Franklin Park in Boston. The Engineers have won every NEWMAC championship since the inception of the league, a streak that stands at 11.

This week, we talk about a few miscellaneous things that might make your life easier.

Charles and Sarah settle for less than perfect.

My search for the perfect woman ended in May of 2005 when I wrecked my car as I was driving my ex-girlfriend back from her grandfather’s funeral. Standing by my wrecked Camry watching her hands shake, I came upon the realization that I was not the sort of man that deserved anyone even approximating perfection.

All this talk about electing the perfect man to run the country has gotten me thinking. Is there a perfect man? Not a leader, not a commander-in-chief, but a man. A real man. A man who could be a husband, friend, confidante, lover, and comedian all in one. What would that man be like? 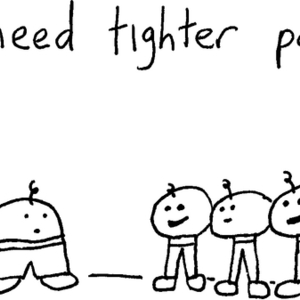 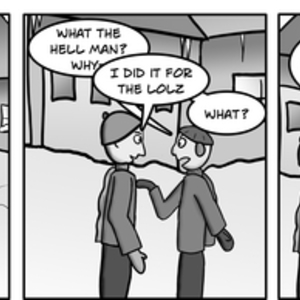 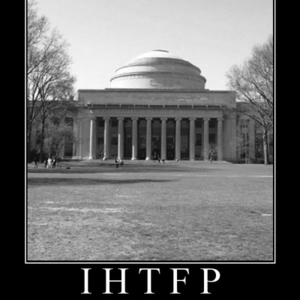 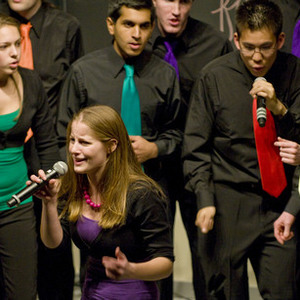 Leslie S. Nachbar ’10 of the MIT-Wellesley Toons co-ed a cappella group sings at the third annual Concert for a Cure on Saturday evening in 10-250. The show featured a cappella groups from many local colleges, and rai...
Martin Segado—The Tech 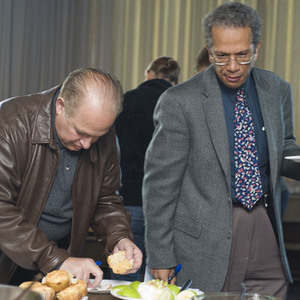