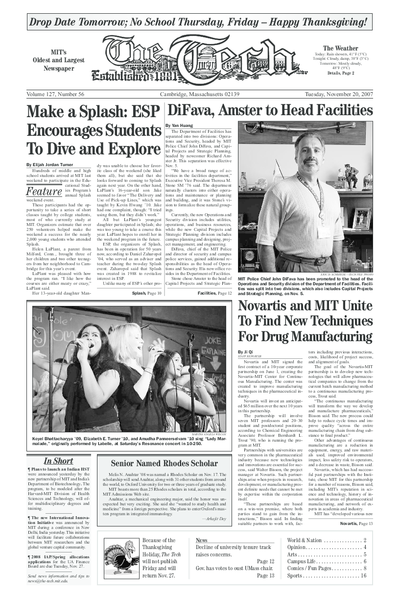 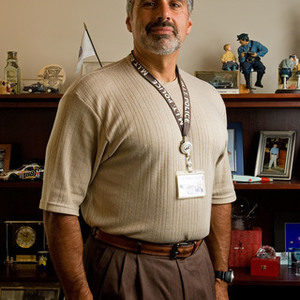 The Department of Facilities has separated into two divisions: Operations and Security, headed by MIT Police Chief John DiFava, and Capital Projects and Strategic Planning, headed by newcomer Richard Amster Jr. This separation was effective Nov. 5.

Make a Splash: ESP Encourages Students To Dive and Explore

Governor Deval Patrick has rounded up enough votes on the University of Massachusetts board of trustees to muscle aside Stephen P. Tocco and probably replace him with Robert J. Manning, an investment executive who is the board’s vice chairman, UMass officials say.

Melis N. Anahtar ’08 was named a Rhodes Scholar on Nov. 17. The scholarship will send Anahtar, along with 31 other students from around the world, to Oxford University for two or three years of graduate study.

American students even in low-performing states like Alabama do better on math and science tests than students in most foreign countries, including Italy and Norway, according to a new study released last week. That’s the good news.

Professors with tenure or who are on a tenure track are now a distinct minority on the country’s campuses, as the ranks of part-time instructors and professors hired on a contract have swelled, according to federal figures analyzed by the American Association of University Professors.

Novartis and MIT signed the first contract of a 10-year corporate partnership on June 1, creating the Novartis-MIT Center for Continuous Manufacturing. The center was created to improve manufacturing techniques in the pharmaceutical industry.

Federal prosecutors have issued grand jury subpoenas to some of the Blackwater employees present at a Sept. 16 shooting in Baghdad in which the company’s security personnel killed 17 Iraqi civilians, lawyers in the case and government officials briefed on the matter said Monday.

The newly formed Supreme Court of Pakistan, which was appointed after emergency rule was imposed two weeks ago, Monday dismissed the main outstanding challenges to Gen. Pervez Musharraf’s election for another presidential term, almost certainly ensuring his confirmation as president later this week.

A security guard along with 20 other people who had been riding in a truck were arrested on Monday after the guard shot a teenage girl in central Baghdad, witnesses and an Iraqi army sergeant said. The guard, whose nationality was not immediately known, wounded the girl, who is 18, in the leg as she crossed the street in the bustling, mixed neighborhood of Karada around noon, according to witnesses.

The number of people left dead after the powerful cyclone that swept through Bangladesh on Thursday rose to more than 3,100 Monday, the government said. The United Nations estimated that a million people had been left homeless, many of them in remote areas without predictable food supplies.

Samsung, which has vigorously denied bribery charges in a snowballing corruption scandal, sustained another blow to its image Monday when a former legal adviser to President Roh Moo-hyun said the company had once offered him a cash bribe.

Massachusetts auto insurance premiums will drop an average of just under 8 percent in the first year of the state’s new competitive insurance system, less than what some analysts had forecast would happen if regulators continued to set the rates.

The latest round of talks between the producers’ league and the stagehands union broke down Sunday night, leaving no end in sight for the strike that has already darkened most of Broadway for nine days. Soon after the breakdown, the League of American Theaters and Producers announced it was canceling performances of the 27 shows affected by the strike through next Sunday.

Although not exactly ideal, weather conditions today and tomorrow should not cause major problems for those departing Cambridge for the holiday. A warm front moving in from the west will make for a dreary day today, bringing cloudy skies and light rain or wet (non-accumulating) snow. Tonight will be chilly and damp, but then the temperature will rise all the way through Thanksgiving afternoon, in response to southerly flow induced by a low pressure area developing well to our southwest. Overcast skies will predominate during this interlude of warmth, with the clouds perhaps squeezing out a few showers on Thanksgiving.

In his response to my letter (“Watson’s Remarks Unacceptable,” Nov. 9, 2007), Justin M. Cannon ’08 suggests that I defended James Watson’s comments on race; I did not, although, in using them to frame my argument, I may have conveyed that impression.

Love in the Time of Cholera” is a textbook example of why it is difficult to adapt books into movies. The trailer for “Love in the Time of Cholera” makes the movie look like a generic “epic romance.” While the trailer is a pretty accurate representation of the film, the actual movie is far less epic and far more vulgar with copious amounts of nudity and sexual innuendos. 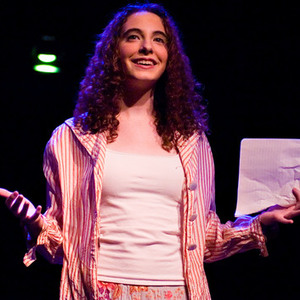 Adult confusion gave way to youthful exuberance, followed by acknowledged vices and finishing with emerging disillusionment, in Dramashop’s annual student-written, student-directed One Acts. Even with a minimalist approach to scenery and costumes, the actors and directors created a memorable atmosphere that was at times ethereal, at others bizarre, and always mysterious.

MIT Falls to Suffolk in Tip Off Tourney Championship Game

Point guard Tyshawn Gillespie posted team highs of 17 points and four assists to lead Western Connecticut to a 83-77 victory over MIT in the opening round of the Emmanuel College Tip-Off Tournament. The Engineers received sizeable contributions from James M. “Jimmy” Bartolotta ’09, Billy Johnson ’09, and Hamidou Soumare ’07 but couldn’t offset the Colonials’ balanced attack and a 40-5 advantage off the bench. 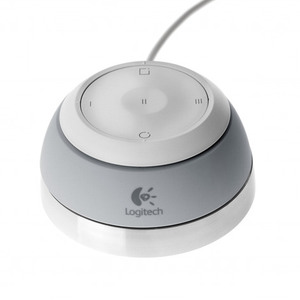 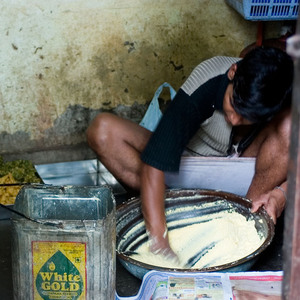 Being dropped in an economically, socially, politically, developmentally, and linguistically foreign country can be a major culture shock. It seems almost essential that all individuals visiting a new country for the first time should study the language, culture, history, and current events of the country prior to their visit. Students traveling should take the initiative or even be required to take courses pertaining to the country.

Thanksgiving day is a very dangerous day. With hazards lurking around every corner, preparation is the key. Take these tips to heart and enjoy a stress-free turkey day.

Paranoia can be very unattractive. I say this as one who once watched “Survivorman” to prepare for a trip to a mountain resort, worries about incoming meteorites when stargazing, and brings rope to the circus to fashion into a makeshift whip in case something furry with sharp, pointy teeth breaks loose. But this time, I’m sure I’m on to something. Don’t look now, but I think the powers that be — the administration — are out to sabotage my grades.

Despite my limited experience with Dunkin’ Donuts, one thing has become apparent throughout the course of this semester: the employees staffing the MIT Dunkin’ Donuts located in the MIT Stratton Student Center simply cannot perform the basic functions their jobs require.

A community member in the camps outside Delhi, India prepares food in a small room.
Christina Kang—The Tech 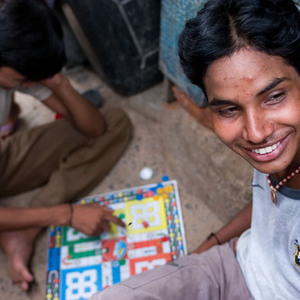 Two teenage boys play a board game in the alleyway between their homes outside of Delhi, India.
Christina Kang—The Tech 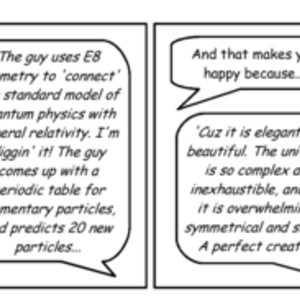 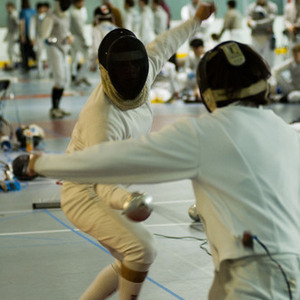 Javier J. Ordonez ’10 (left) begins an attack against his Boston University opponent during an épée bout. The men’s and women’s fencing teams travelled to BU this past Saturday, Nov. 17, to compete in a Northeast Fenc...
Omari Stephens—The Tech 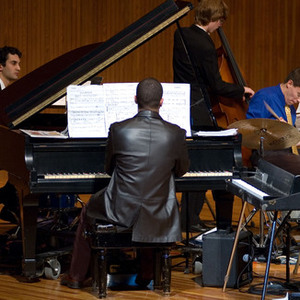 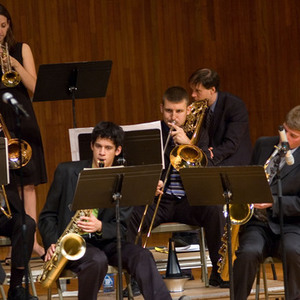 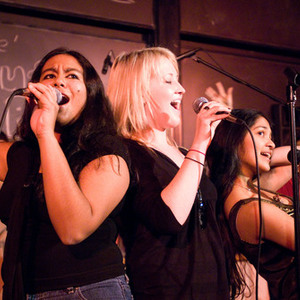 Monica F. Kahn ’10 (Marijuana) is the voice of reason of the play with random burst of deep thoughts, among all the nonsense. “Vice Play,” written by Sally E. Peach ’09 and directed by Danbee Kim ’09 (also a Tech car...
Andrea Robles—The Tech

MIT Police Chief John DiFava has been promoted to the head of the Operations and Security division of the Department of Facilities. Facilities was split into two divisions, which also includes Capital Projects and Str...
Eric D. Schmiedl—Tech File Photo 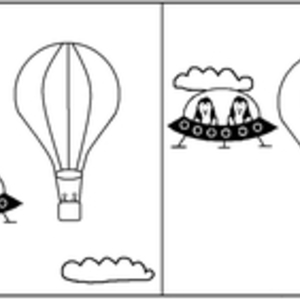 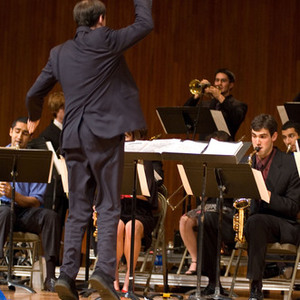 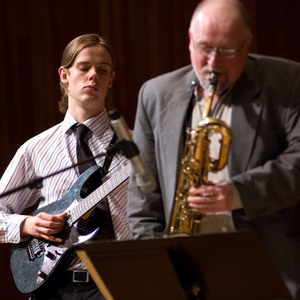 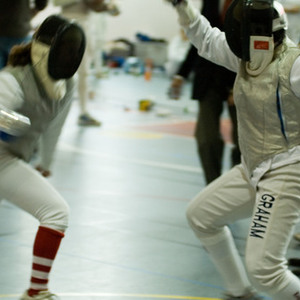 Lindley C. Graham ’10 (right) jumps back as her opponent charges during a foil fencing bout. The men’s and women’s fencing teams travelled to Boston University this past Saturday, Nov. 17 to compete in a Northeast Fen...
Omari Stephens—The Tech 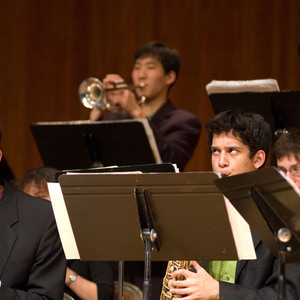 Arin S. Rogers ’11 glances up during Duke Ellington’s “In a Sentimental Mood,” as arranged by Herb Pomeroy. The song was the first of a two-part medley in memory of Pomeroy, who passed away this year. The MIT Festival...
Omari Stephens—The TEch 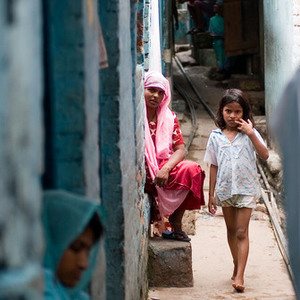 Women and children spend the daylight hours in the small alleyways between their one-room homes outside of Delhi, India.
Christina Kang—The Tech 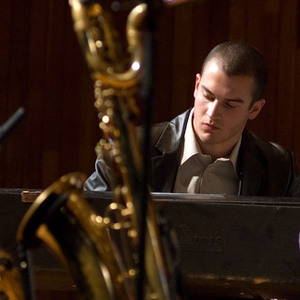