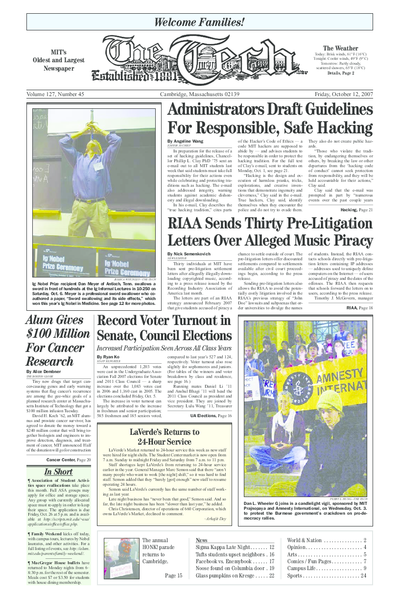 No. of RIAA Pre-Litigation Letters Per School

LaVerde’s Market returned to 24-hour service this week as new staff were hired for night shifts. The Student Center market is now open from 7 a.m. Sunday to midnight Friday and Saturday from 7 a.m. to 11 p.m.

A day after a noose was found hanging on a black professor’s office door at Columbia University’s Teachers College, protesting students chanted “no diversity, no university” and confronted university officials at two emotional meetings on Wednesday.

Somerville officials and a neighborhood group are calling on Tufts University to take more responsibility for students they say are behaving badly in the neighborhoods, screaming in the streets in the wee hours, jumping on cars, and urinating and vomiting in residents’ yards.

Now that Internet users have forged online relationships with the people they like, they can turn their attention to shaming the folks they hate.

In preparation for the release of a set of hacking guidelines, Chancellor Phillip L. Clay PhD ’75 sent an e-mail out to all MIT students last week that said students must take full responsibility for their actions even while celebrating and protecting traditions such as hacking. The e-mail also addressed integrity, warning students against academic dishonesty and illegal downloading.

Tiny new drugs that target cancer-causing genes and early warning systems that flag cancer’s recurrence are among the gee-whiz goals of a planned research center at Massachusetts Institute of Technology that got a $100 million infusion Tuesday.

Thirty individuals at MIT have been sent pre-litigation settlement letters after allegedly illegally downloading copyrighted music, according to a press release issued by the Recording Industry Association of America last month.

Where Do Voters Live?

Where Do Voters Live?

In a number of Shiite neighborhoods across Baghdad, residents are beginning to turn away from the Mahdi Army, the Shiite militia they once saw as their only protector against Sunni militants. Now they resent it as a band of street thugs without ideology.

Turkey reacted angrily Thursday to a House committee vote in Washington to condemn the mass killings of Armenians in Turkey during World War I as genocide, recalling its ambassador from Washington and threatening to withdraw its support for the Iraq war.

Last November, immigration officials began a crackdown at Smithfield Foods’ giant slaughterhouse here, eventually arresting 21 illegal immigrants at the plant and rousting others from their trailers in the middle of the night.

There are bagels and fruit in the morning, sandwiches at lunch, fresh cookies in the afternoon and an occasional restaurant dinner, but many of the doctors who routinely accept these goodies from pharmaceutical sales representatives say they meet with sales people for the educational messages they bring, not the food.

Of the three most recognizable Barneys in America, one is a singing purple dinosaur, another is a prehistoric cartoon character and the third is a gay congressman from Massachusetts.

Lessing, Who Inspired a Generation Of Feminists, Wins Literature Nobel

Doris Lessing, the Persian-born, Rhodesian-raised and London-residing novelist whose deeply autobiographical writing has swept across continents and reflects her engagement with the social and political issues of her time, Thursday won the 2007 Nobel Prize in Literature.

Major makers of over-the-counter infant cough and cold medicines announced Thursday that they were voluntarily withdrawing their products from the market for fear that they could be misused by parents.

Following the overcast Columbus Day holiday, a lingering low pressure system has been responsible for our recent spate of showers. Later today, the storm will migrate into Maine, but its effects will still be felt: cyclonic winds will remain gusty into Saturday. These strong winds will pull in dry air from Canada, and by early next week a high pressure ridge will cover New England, ushering in clear autumn skies.

INTERVIEW A Conversation in Writing

S<i>tephanie Gayle, who works at the MIT Media Lab, released her debut novel </i>My Summer of Southern Discomfort<i> this summer. The novel follows Natalie Goldberg, a New England lawyer who has moved to Macon, Ga., as she navigates a capital murder case and her own life in the sticky Southern summer. Recently, I met with Gayle to discuss her novel and her writing in general. The following is an excerpt from that conversation.</i>

MOVIE REVIEW ★★★ Check Out That Luggage

The Darjeeling Limited,” the latest film by Wes Anderson, is a tour de force of overt symbolism. In the film, three brothers bring their emotional baggage (played by real luggage) to India (played by India) and go on an emotional journey (played by a train ride) to confront their past (played by their mother).

When I first heard about <i>365 days/365 plays</i>, Suzan-Lori Parks’ project to spend a year writing one play a day, I remember thinking it was a little, um, ambitious. But I also remember reading her play, <i>Topdog/Underdog</i>, which brought fresh ideas on racial identity, history’s everyday presence, masculinity as a weapon, and masculinity as a weakness. I suppose few people would be better equipped than Parks for such an undertaking.

After four years of mystery, the longest gap between Radiohead albums has finally come to a decisive close, following Wednesday’s release of new record <i>In Rainbows</i>.

The Wellesley College field hockey team earned a 1-0 win over MIT in a New England Women’s and Men’s Athletic Conference game on Tuesday afternoon, extending its winning streak to three. Emily Hewitt earned her seventh shutout of the season and the third in as many games for the Blue, which improved to 9-3 overall and 4-0 in conference play. With the loss, the Engineers’ ledger lowered to 4-9 on the year and 1-4 in NEWMAC competition.

MIT recorded a 30-28, 30-25, 30-14 win over host U.S. Coast Guard Academy on Tuesday night, recording its sixth consecutive sweep over a New England Women’s and Men’s Athletic Conference foe. The Engineers (21-1, 6-0 NEWMAC) dealt the Bears their first regular-season home conference loss in nearly four years, with their last defeat coming at the hands of MIT on Oct. 21, 2003.

I may be a die-hard Boston Red Sox fan, but I am first a fan of quality baseball. (Though I will never — that’s right, never — cheer a play by Derek Jeter. Or Johnny Damon. Or Roger Clemens. The list could continue … oh, right, Alex Rodriguez.)

The MIT men’s and women’s cross country teams finished 12th and sixth, respectively, in the All-New England Championships this past Saturday. The less-than-ideal hot, humid, and dusty race conditions led to slower times than usual, but both teams posted solid performances on their home course at Franklin Park. In particular, the Tech women recorded the Institute’s highest-ever finish at this championship amid a field of National Collegiate Athletic Association Division I, II, and III teams.

The Library Access to Music Project is the Student Information Processing Board’s campus-wide jukebox on MIT Cable. (To use LAMP, visit http://lamp.mit.edu.) Here are the top 10 albums on LAMP from the last two weeks, ranked by how many people played them.

Ever since I was little, I’ve dreamed of becoming Superman, minus his wardrobe and enemies, of course. As I grew older, I felt most content when I could help others. In a sense, volunteering is one of the most selfish things a person can do. Volunteering gives me a purpose for my own life and makes everything worth while. Though it is satisfying to serve in my own community, I had always dreamed of helping those suffering in developing countries around the world. I always thought that this would make the biggest difference.

Warning! Excessive cell phone use will give you brain cancer! That’s what some scientists are saying these days, right? Nerds in lab coats getting all Chicken Little on our weekend minutes. But imagine if they were right and 10 years from now, we were all walking around with big tumors sticking out of our heads. This would be a serious calamity and its consequences must be addressed.

The other day, I encountered a tour passing the Student Center. The tour group, as near as I could tell, consisted largely of wide-eyed parents and nonplussed teenagers apparently unimpressed with the Infinite Corridor (I guess they’d never seen anything infinite before and were still recovering from the shock). At any rate, the parents seemed enthused about exploring campus, and, after passing a group of sorority members, the more hormonal of the male high school prospects seemed to perk up as well. 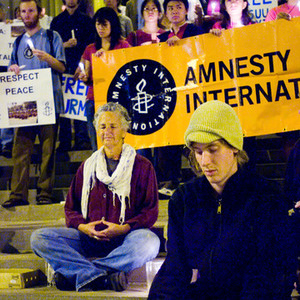 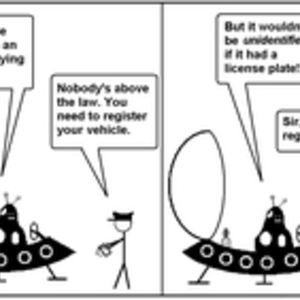 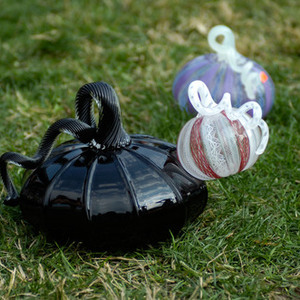 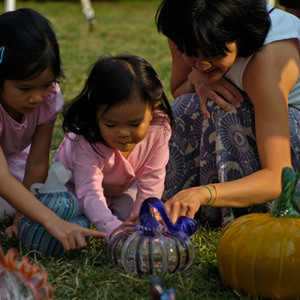 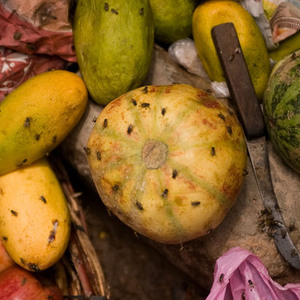 Flies cover the fruit in the slums outside Delhi, India.
Christina Kang—The Tech 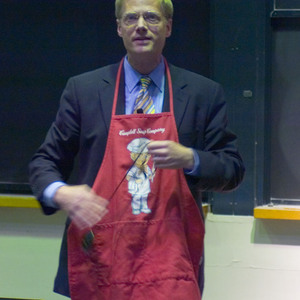 Brian Wansink describes his study where he fed subjects with a constantly refilling bowl of soup. Wansink won this year’s Ig Nobel in Nutrition for studying the effects of visual cues on the amount of food eaten.
Jessica Witchley—The Tech 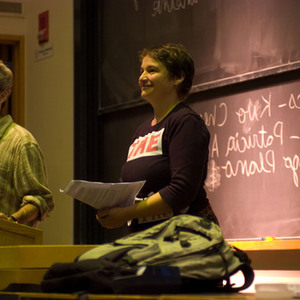 Professional Indexer Glenda Browne answers questions at the Ig Informal Lectures in 10-250 on Saturday, Oct. 6. Browne won this year’s Ig Nobel in Literature for her study of the word “the” and the ways it causes prob...
Jessica Witchley—The Tech 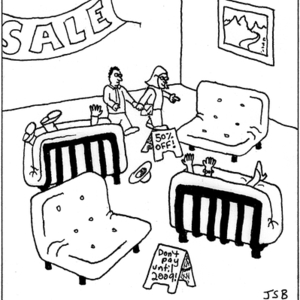 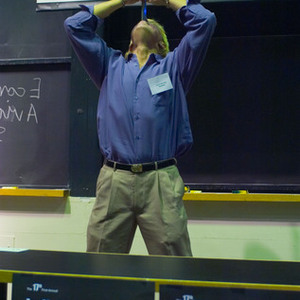 Ig Nobel Prize recipient Dan Meyer of Antioch, Tenn. swallows a sword in front of hundreds at the Ig Informal Lectures in 10-250 on Saturday, Oct. 6. Meyer is a professional sword swallower who co-authored a paper, “S...
Jessica Witchley—The Tech 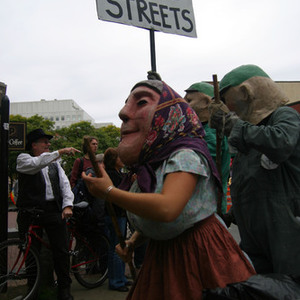 With bold signs and fantastical costumes, parade marchers get their point across during the second annual HONK! festival which returned to Somerville and Cambridge this past weekend, ending on Sunday with a parade fro...
Samuel E. Kronick—The Tech 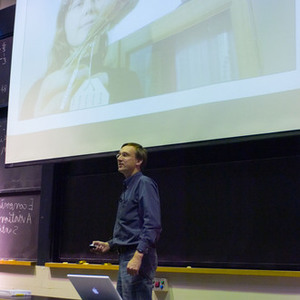 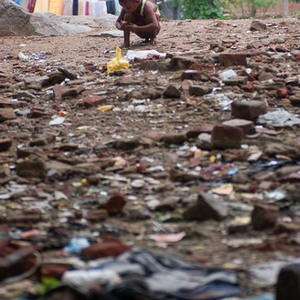 A child in the slums outside Delhi, India plays in the trash that is his playground.
Christina Kang—The Tech 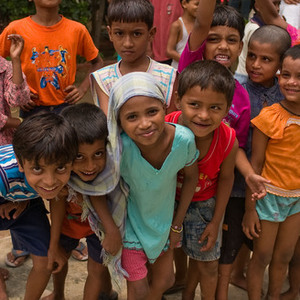 Children in the slums outside Delhi, India overflow with laughter as they push for the prime spot in the photograph.
Christina Kang—The Tech 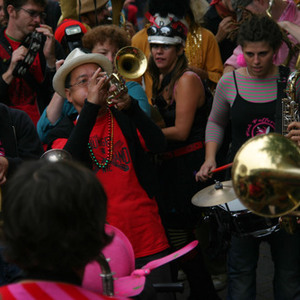 Tsumura of the Hungry March Band performs a trumpet solo in a spontaneous jam session after the second annual HONK! festival, which returned to Somerville and Cambridge this past weekend, ending on Sunday with a parad...
Samuel E. Kronick—The Tech 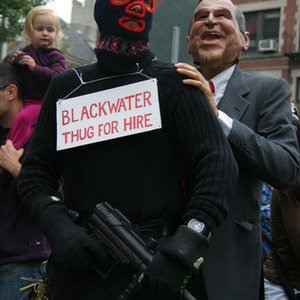 There was little subtlety when marchers expressed their feelings on political current events during the second annual HONK! festival, which returned to Somerville and Cambridge this past weekend, ending on Sunday with...
Samuel E. Kronick—The Tech

Bands in the HONK! parade bring energy and fun costumes to the streets during the second annual HONK! festival which returned to Somerville and Cambridge this past weekend, ending with a parade on Sunday from Davis Sq...
Samuel E. Kronick—The Tech
All Photos From Issue