The College Board, the powerful testing organization known for its SAT and Advanced Placement exams, announced on Wednesday, Aug. 22 that it was getting out of the student loan business.

A bomb threat was sent to MIT yesterday via an anonymous e-mail, according to a press release from the MIT Police Department. The police did not find any evidence to substantiate the threat. MIT was one of many schools to receive the e-mail threat, including Princeton University, The University of New Hampshire, The University of Iowa, and Carnegie-Mellon University. The e-mails also prompted small evacuations at Clemson University and Cornell University. 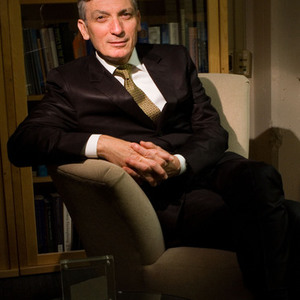 <i>This is the third interview in a seven-part series introducing incoming students to some of MIT’s faculty, staff, and student leaders. Today, </i>The Tech <i>interviews Donald R. Sadoway, a professor in the Department of Materials Science and Engineering, who discusses his first impressions of MIT and how the Institute has changed and gives advice to freshmen for their first year.</i> 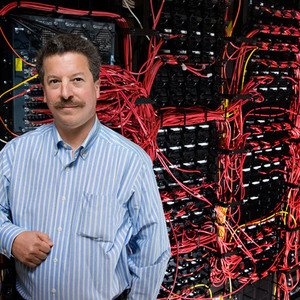 <i>This is the second interview in a seven-part series introducing incoming students to some of MIT’s faculty, staff, and student leaders. Today, </i>The Tech <i>interviews Jeffrey I. Schiller ’79, network manager for Information Services & Technology, who discusses IS&T, file-sharing, and his memories of being an undergraduate at MIT.</i>

MIT President Susan Hockfield enjoyed a brief moment in the limelight this summer as a possible candidate for <i>The Wall Street Journal</i>’s new five-member editorial independence committee, The Journal<i> </i>reported in July. The board, proposed by Rupert Murdoch’s News Corp. as a way to preserve the <i>Journal</i>’s<i> </i>journalistic integrity after it is acquired by News Corp., now includes Nicholas Negroponte, founder of the MIT Media Lab.

Former Prof. Shoots Self In Attempt to Frame Son

A former MIT professor who staged his own shooting and framed one of his sons for the crime was found guilty Aug. 17 of filing a false police report.

A handful of changes should be coming to MIT’s shuttle services this year, as upgrades and route changes take effect across SafeRide, Tech Shuttle, and Northwest Shuttle.

The evolution of MIT dining continues this term, as a hodgepodge of changes accompany the inevitable return of insatiably hungry students.

MIT officials have tapped an outsider, David C. Schmittlein, deputy dean of the elite Wharton School at the University of Pennsylvania, to lead MIT’s Sloan School of Management.

A passerby would be forgiven for not noticing the MIT Museum. The nondescript metal-sided building squats on an awkward corner of Massachusetts Avenue between a Korean market and a brick warehouse. Visitors must enter through a side door and climb a steel staircase, a humble porthole for a place that aims to be the institutional memory of one of the nation’s top scientific institutions.

What percentage of each dormitory’s new residents ranked it as their first choice in the summer lottery?

Residence Exploration events, designed for incoming freshmen to explore the 11 undergraduate dormitories, will continue until the end of the Housing Adjustment Lottery tomorrow. Events for REX began Friday, Aug. 24.

<i>The following incidents were reported to the MIT Police between July 24 and Aug. 12, 2007. This summary does not include incidents such as false alarms, general service calls, larcenies, or medical shuttles.</i><i></i>