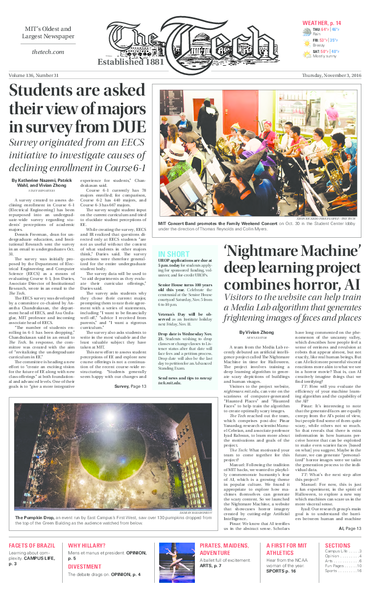 A survey created to assess declining enrollment in Course 6-1 (Electrical Engineering) has been repurposed into an undergraduate-wide survey regarding students’ perceptions of academic majors.

Time to vote or photo op?

If you are hoping to document your vote by taking a photo of your ballot, you may be headed for a legal gray area that in some states has grown only murkier in the days leading up to Election Day.

A team from the Media Lab recently debuted an artificial intelligence project called The Nightmare Machine in time for Halloween. The project involves training a deep learning algorithm to generate scary depictions of buildings and human visages.

The Institute’s relatively rainy autumn continues today, as a low pressure system will develop and pass from west to east over southern New England. This storm will likely bring light to moderate rain showers to the Boston area throughout this afternoon and evening. Depending on its exact track, the frontal system could also bring another spike in temperatures: areas to the south of the center of the low will see temperatures in the upper 60s, while those to the north will remain in the 50s (°F). If the storm does pass to the north, a warmer afternoon with significantly less rain is possible. This afternoon’s storm system could bring up to a half-inch of rainfall, continuing a relatively rainy trend that began around a month ago. The weather monitoring station atop the Green Building has measured 7.30 inches of rain since September 30th, compared to just 6.56 inches in the four months prior. The fall and winter months generally feature more precipitation than those in the summer, so more rainy weather will be needed to alleviate the current drought in Massachusetts. After tomorrow’s storm moves out to sea, the sun will return for the weekend. However, temperatures will be kept a few degrees below normal by a brisk northerly wind on Friday, and by the presence of an upper-level trough on Saturday and Sunday.

A report published last Monday by MIT’s Task Force on the Future of Libraries encouraged members of the MIT community to “hack the library” in an effort to reinvent the modern research library.

UROP applications are due at 5 p.m. today for students applying for sponsored funding, volunteer, and for-credit UROPs.

We want to vote for and work with someone who is dedicated to furthering the progress of the past eight years; someone who has given her life to public service and continues making history

This October marked the one-year anniversary of the release of MIT’s Climate Action Plan (CAP), which seeks to use the university’s expertise in research, education, and outreach to address global warming.

Hope as a political engine

Hope may produce temporary disappointment, but it was and is and will continue to be our most powerful engine for progress. 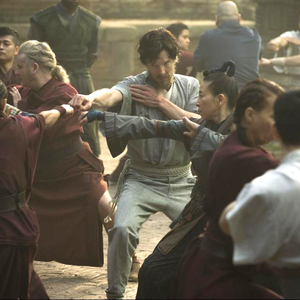 Doctor Strange focuses on the life of a young, cocky neurosurgeon Stephen Strange (Stephen Strange). With a massive intellect only matched by his ego, Strange leads the world in medicine, and makes sure that everyone knows it. 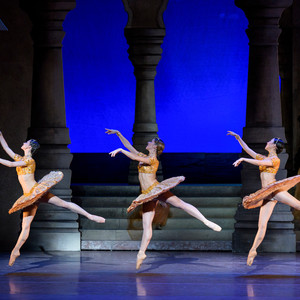 Le Corsaire (the Pirate) is a thrilling fantasy tale set in the Royal Ottoman era about a love triangle between a handsome corsair named Conrad, ruthless Said Pasha, and the beautiful maiden Medora.

After falling to Williams College in the NCAA Regional Finals in the 2015-2016 season, MIT rebounded this season by revisiting the NEWMAC Championship games to face Wellesley and win the championship.

Women’s soccer advanced to the semifinals of the NEWMAC tournament with a 1-0 win over Wellesley. Allie Werner ’20 scored the solitary goal for the Engineers.

Here, we hear from Guo herself, from her immediate reactions on winning the award to reflections on what it took to sustain an elite level of performance for four years. UROP supervisors, swimming coach, and teammates chime in on what made Margaret Guo simply marvellous.

The illusion of experience

At this second barbecue, something that the host’s mother said stuck with me for the entirety of our trip. “My sister moved to Florida because it’s really dangerous here,” she had explained to us. 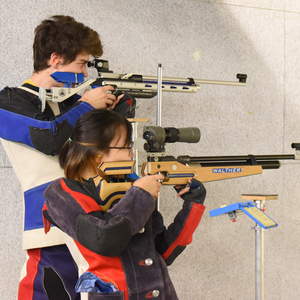 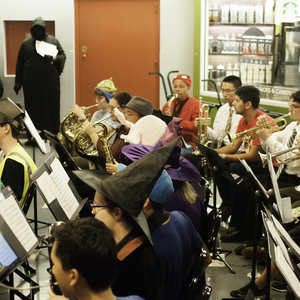 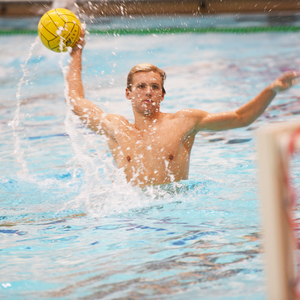 A water polo player prepares to lob a shot at the goal. MIT lost to Harvard 12-3.
Ping Xu–The Tech 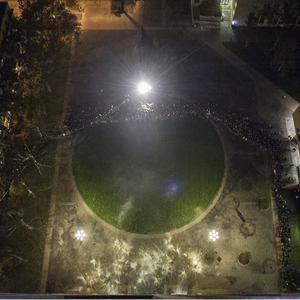 From the roof of the Green Building, chunks of pumpkin splatter the ground as the crowd stands back. The Pumpkin Drop, an event run by East Campus's First West, saw over 130 pumpkins dropped from the top of the Green ... 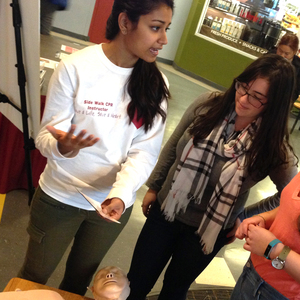 Shivangi Goel '17, founder of SALSAH: Save a Life Save a Heart, explains CPR during the workshop How 10 Minutes Can Save a Life in the Student Center on Oct. 28. The public was invited to learn more about how to ident...
Anselmo Cassiano–The Tech
All Photos From Issue