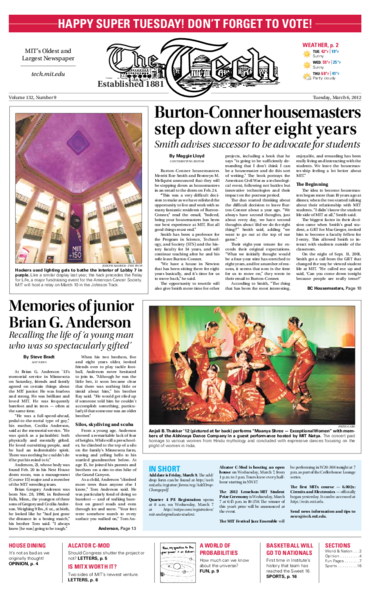 At Brian G. Anderson ’13’s memorial service in Minnesota on Saturday, friends and family agreed on certain things about the MIT junior: He was fearless and strong. He was brilliant and loved MIT. He was frequently barefoot and in trees — often at the same time.

Burton-Conner housemasters Merritt Roe Smith and Bronwyn M. Mellquist announced that they will be stepping down as housemasters in an email to the dorm on Feb. 24.

The two federally designated cancer centers in the Boston area are embarking on an unusual alliance that will combine the research strengths of both organizations to yield new treatments and insights into two highly lethal cancers.

Add date is Friday, March 9. The add/drop form can be found at http://web.mit.edu/registrar/forms/reg/AddDropChange.pdf.

A brief published on March 7 incorrectly stated that Michael E. Plasmeier ’13 of Baker House held a proxy vote for Brian Luque ’12. Plasmeier is the current president of Baker — Luque’s term expired last month — and voted as a UA Council member.

The Supreme Court of Iran has tossed out the death penalty conviction of a former U.S. Marine accused of spying and ordered a retrial in a separate court, Iranian news services reported Monday.

WASHINGTON — President Barack Obama has boasted for months about playing host to the annual summit meeting of the Group of Eight industrialized nations this May in his hometown, Chicago. But Monday, without explanation, the White House announced a shift to the secluded setting of Camp David, the presidential retreat in Maryland.

ISLAMABAD — The Pakistani Taliban faced the prospect of a damaging leadership rift Monday when the abrupt dismissal of a senior commander provoked an angry reaction in the militants’ ranks, offering the Islamabad government a fresh opportunity to weaken a foe that in recent years has killed thousands of Pakistanis and tried to detonate a crude car bomb in Times Square in 2010.

A broad ridge of high pressure will slowly build over the Atlantic this week. As a result of its slow evolution, New England will benefit from tranquil weather through at least Thursday, including a noticeable increase in temperatures. In fact, temperatures could very well reach the upper 60s (19–21°C) by Thursday due to a sustained, southwesterly flow on the western side of the ridge. This flow and its accompanying surface winds should strengthen day-by-day, reaching their maximum by Thursday and funneling in very warm air from the mid-Atlantic states.

A new analysis of hundreds of thousands of cases in federal courts has found vast disparities in the prison sentences handed down by judges presiding over similar cases, raising questions about the extent to which federal sentences are influenced by the particular judges rather than by the specific circumstances of the cases.

A report released Monday by the Federal Reserve Bank of New York renews concerns about the growing debt load of college students and graduates.

KABUL, Afghanistan — The United States and Afghanistan appeared to make no headway here Monday in high-level negotiations on a long-term strategic partnership that have been embittered somewhat by the Quran burnings last month. Elsewhere, further violence left three people dead, including two children killed in a suicide attack on the main NATO military base where the Qurans were desecrated.

A couple months ago, I wrote an article . Perhaps I am writing this article now because I was a little bit too harsh. Or it could be because I have gone to the dark side.

Fusion research is a wise investment

Course 22 senior Derek Sutherland’s article in last Friday’s Tech did a great job of describing why the Alcator C-Mod magnetic fusion experiment, the largest experiment at MIT, deserves to be funded in the fiscal year 2013 federal budget. But it is also imperative to note how magnetic fusion energy research in the United States as a whole is in serious danger at this time, and how the path proposed for fusion in the 2013 budget is harmful to the future of U.S. energy independence and U.S. scientific leadership.

This past December MIT announced the launch of “MITx,” a new online learning initiative that will offer a large selection of MIT courses online and will allow those that demonstrate mastery of course material to earn a certificate of completion. The announcement has received much praise from both faculty and students as a mark of progress and a major step towards global education — but has the MIT community really considered the full impact of MITx?

The benefits of MITx

MITx has stimulated much discussion among MIT students, and seems to have divided them into two camps: the ones who believe that our degree will be devalued by the implementation of MITx and those who do not. In fact, the most likely outcome is that MITx will reap enormous benefits, both on campus and internationally.

No one likes to hear that their work is a waste of time and money. But the job of government is not to assuage the egos of research scientists — the public welfare, writ large, comes first. In a guest column last week, Derek Sutherland ’12 bemoaned a proposed cut to state funding of the Alcator C-Mod reactor at MIT. I’m sorry Derek, but it needed to be said: your research was not worthy of the public’s money, and to be frank, was also not worth your time and attention as a researcher.

This past January, professional soccer player David Beckham ended doubts about leaving the MLS after he re-signed with the Los Angeles Galaxy for an additional two years. As the end of Beckham’s ﬁve year contract drew near in the late months of 2011, it was unclear whether he would stay with the American club or move to French club, Paris Saint-Germain (PSG). Earlier in 2011, PSG made serious attempts to sign Beckham to their squad, promising to more than match any offers by the Galaxy. Although Beckham deferred his decision until after the MLS Cup Championship, he finally announced that he would stay with the Galaxy. This decision marks a renewed commitment to the Galaxy, the MLS, and soccer in America.

The MIT’s Men’s Basketball team made program history last weekend, advancing to the nation’s Sweet 16 for the first time in Institute history, beating Skidmore and Farmingdale State. As a team, MIT picked up five double-doubles this weekend en route to the team’s hope of a national championship.

MIT’s Men’s Tennis defeated Bentley on Friday and served the Falcons their first loss of the season. MIT beat Bentley 7-2, walking away with a 3-2 record and a national overall rank of 25th while the Falcons’ record declined to 6-1. 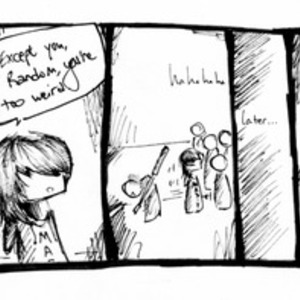 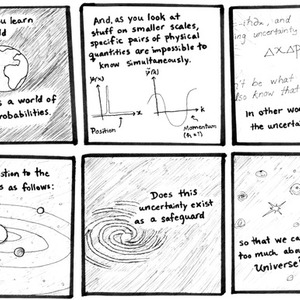 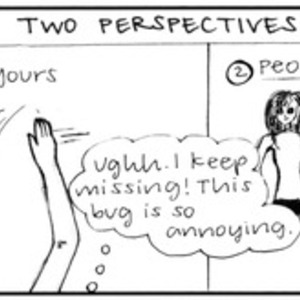 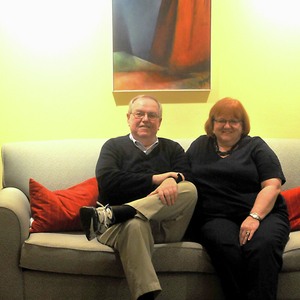 Housemasters Merritt Roe Smith and Bronywn Melquist at their apartment in Burton-Conner. This will be their last year as housemasters.
Arthur Petron—The Tech 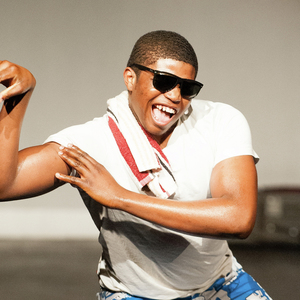 Prince Kavu, from Northeastern University, participates in Man of the Year 2012 this past Sunday evening. The event was hosted by Black Women’s Alliance.
Jaswanth Madhavan—The Tech 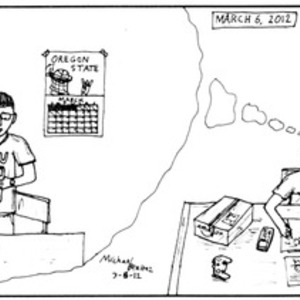 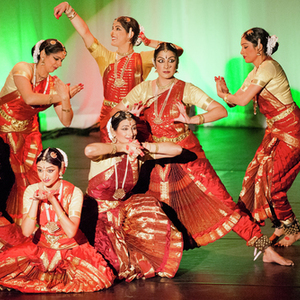 Anjali B. Thakkar ’12 (pictured at far back) performs “Maanya Shree — Exceptional Women” with members of the Abhinaya Dance Company in a guest performance hosted by MIT Natya. The concert paid homage to various women ...
Priya Garg 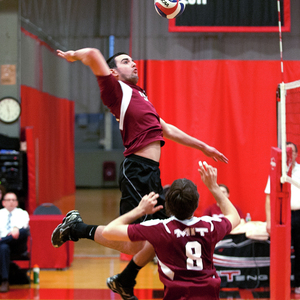 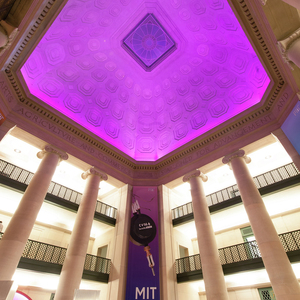 Hackers used lighting gels to bathe the interior of Lobby 7 in purple. Like a similar display last year, the hack precedes the Relay for Life, a major fundraising event for the American Cancer Society. MIT will host a...
Joseph Maurer—The Tech 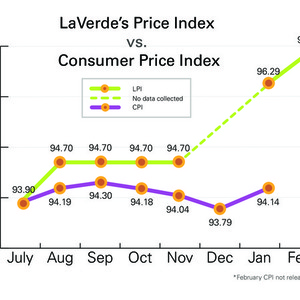 The LaVerde’s Price Index (LPI) is The Tech’s way of measuring the price changes at LaVerde’s. We add together the prices of 23 specific, diverse products that we feel are typical purchases for members of the MIT comm...
All Photos From Issue