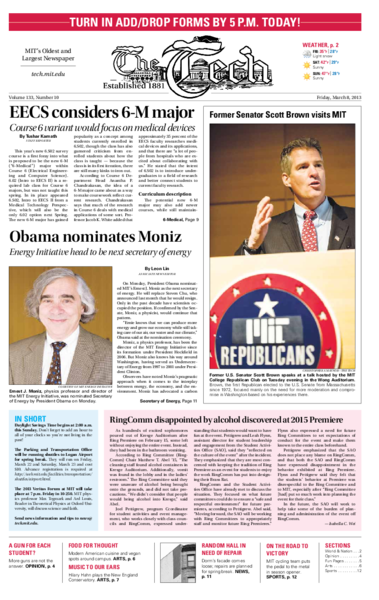 A new fraternity may be coming to MIT. Alpha Sigma Phi, or “Alpha Sig,” the nation’s 10th oldest fraternity, has been trying to stake its claim as a colony among MIT’s current 24 existing chapters. Currently, it is attempting to recruit “founding fathers.”

The Presidential Search Committee tasked with identifying a successor to President Susan J. Hockfield was announced yesterday afternoon, three weeks after Hockfield announced her resignation. The committee will consist of 10 faculty members and 12 members of the MIT Corporation, and will be chaired by James A. Champy ’63, who also led the committee that selected Hockfield. A Student Advisory Committee made up of three undergraduates and three graduate students will assist in the search, though they are not on the official Search Committee itself.

On Tuesday, the Undergraduate Association finally legitimized the new council by ratifying their constitution. The ratification comes after an extended deliberation period amongst the council members spanning two meetings over two weeks. The single biggest change made to the constitution at this meeting was to move text that enumerates the election proceedings (including the timeline and the ability to change them), to the election code in the bylaws. The constitution was passed unanimously after a brief discussion outlining this and other small changes. Immediately after, the bylaws were passed with only one vote against and one abstention.

BEIJING — China moved on Thursday to enhance the rights of suspects and defendants in criminal cases, recommending that its handpicked national legislature adopt a series of Western-style safeguards in the most sweeping revisions to its criminal procedure code in 15 years.

The six world powers that have agreed to resume negotiations with Iran over its disputed nuclear program issued a blunt request Thursday that the Iranians allow international inspectors unfettered access, most notably to Parchin, a large restricted military complex that the inspectors suspect may house a testing chamber for explosives used in atomic weapons triggers.

ISLAMABAD — Pakistan’s interior minister said Thursday that Osama bin Laden’s three wives had been charged with illegally entering the country, in the first legal action against them since they were taken into custody after their husband’s death in May.

Solar storms like the one that buffeted the Earth’s magnetic field Thursday will soon become a common occurrence.

Japan looks beyond its borders for investors after catastrophes

AIZU-WAKAMATSU, Japan — Mayor Shohei Muroi knows it is a tough sell to get new companies to invest in this struggling industrial city just 60 miles from Japan’s most notorious nuclear plant.

Democrats warm to Obama as a campaign ally

WASHINGTON — Just six months ago, having their names uttered in the same sentence as President Barack Obama’s was something many congressional Democrats could have lived without.

Yesterday’s decidedly spring like weather set a record high temperature for March 8 in Boston. The recorded high at Logan Airport was 68°F, surpassing the previous record set in 1995 at 67°F, and a whopping 25°F above the climatological value. In addition, as anyone who was outside yesterday knows, it was quite windy, with a sustained wind of 37 mph and gusts to 49 mph at Logan. The weather station on the roof of the Green Building recorded a high temperature of 68.8°F, a maximum sustained wind of 23 mph, and a maximum wind gust of 36 mph. These strong winds were felt across much of the Northeast, with maximum wind gusts of up to 54 mph along coast south of Boston. Unfortunately for those hoping the warm weather was here to stay, we will have a brief period of chillier weather (around normal values in the low 40°Fs) today and Saturday, following a cold front. The high temperatures look to return early next week, with temperatures near 70°F possible.

Can we finally say this thing is done?

Well, there you have it. It has been a momentous primary season with 20 nationally televised debates, countless political blunders, innumerable frontrunners, and vicious Super PAC ads. But the victor is as we always predicted: Mitt Romney.

If Iran were to build a nuclear weapon, the result would be catastrophic. A nuclear Iran would spur a regional nuclear arms race and Iranian aggression in the Persian Gulf, embolden Iranian terror proxies like Hezbollah, and actualize the threat of a nuclear bomb being dropped on the United States and Israel, or in the words of Iran’s leaders, on the “Great Satan” and “Little Satan.” President Obama has said, “When I say all options are on the table, I mean it,” but is this enough to assure Israel — who unlike the United States does not have the safety of distance, size, or an advanced fleet of bomber jets — that Iran won’t “wipe Israel off of the map?” 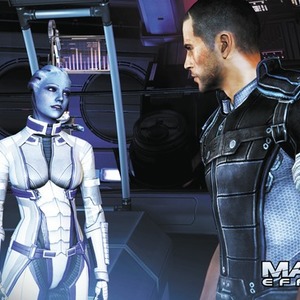 Mass Effect 3 has been one of the most eagerly-awaited games of 2012 by a long shot. The first two games are among the most beloved sci-fi action-RPGs of all time, and expectations for the third installment were running high. Luckily for fans, the finale to this epic trilogy manages to meet most of the expectations.

Based on American poet Nick Flynn’s memoir Another Bullshit Night in Suck City, Being Flynn is everything a literary film should be, and director Paul Weitz executes it in a way that makes what is seen on-screen as fluid as reading a book. The movie follows the lives of a father and his son who are both struggling writers. The father, Jonathan Flynn (Robert De Niro), had left his family early in his son’s life, and they don’t meet again until Jonathan loses control of his life and becomes homeless. The sudden presence of his father in his life makes Nick (Paul Dano) question everything he has become, and we are shown how his relationship with his father molds every aspect of his life. Although the film is essentially a coming-of-age story, it unfolds so that we can profoundly understand the process. At first glance, the plot seems banal and sophomoric, but this is pleasantly not the case.

A giant lamp with a crown of bulbs turns its head into position. Like an alien saucer it beams down onto the stage, illuminating a single motionless dancer. The dancer moves in a rapid jerking motion. Is it a man or a woman? Suddenly, the sound of Bach’s Goldberg Variations breaks the silence.

19 MIT riders competed at the “Frozen Toed Season Opener” hosted by Rutgers University on March 3 and 4, the opening race weekend of the 2012 Eastern Collegiate Cycling Conference (ECCC) road-cycling season. Led by captains Adam P. Bry G and Katie J. Quinn G, who emerged from their victorious weekends as conference individual points leaders, MIT took an early lead in the overall team standings with the most dominant performance by any team in recent ECCC memory. 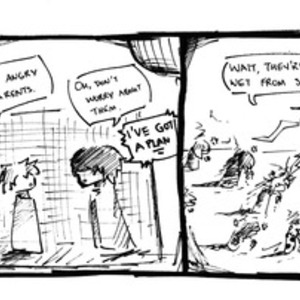 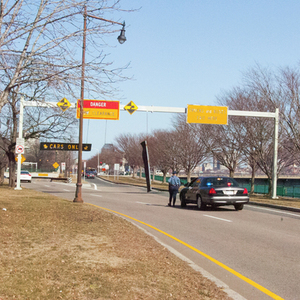 A street sign on Memorial Drive fell as a consequence of the strong winds yesterday. The police were notified to prevent any accidents.
andrea fabre—The Tech

Though it is less emphasized than before, the story is still an integral part of Mass Effect 3.
Courtesy of Electronic Arts inc. 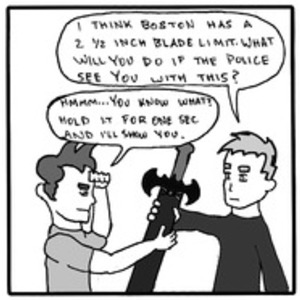 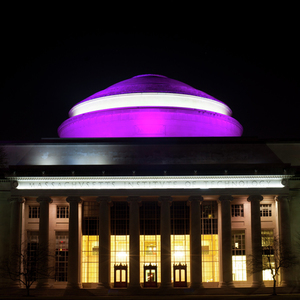 Ahead of Saturday’s Relay for Life, groups around campus publicized the event by adopting its purple color scheme. For their part, hackers illuminated the great dome and other prominent areas of campus with purple lig...
Joseph Maurer—The Tech 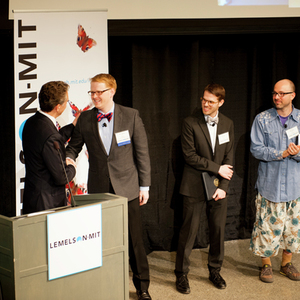