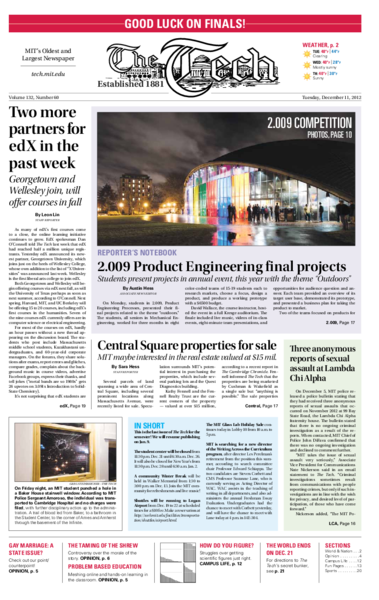 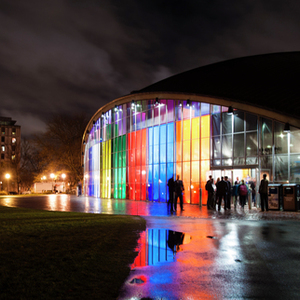 On Monday, students in 2.009, Product Engineering Processes, presented their final projects related to the theme “outdoors.” The students, all seniors in Mechanical Engineering, worked for three months in eight color-coded teams of 15-19 students each to research markets, choose a focus, design a product, and produce a working prototype with a $6500 budget. 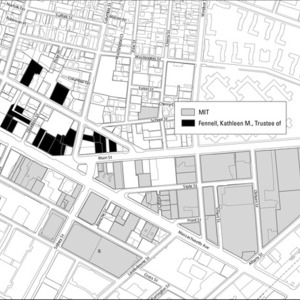 Several parcels of land spanning a wide area of Central Square, including several prominent locations along Massachusetts Avenue, were recently listed for sale. Speculation surrounds MIT’s potential interest in purchasing the properties, which include several parking lots and the Quest Diagnostics building.

Two more partners for edX in the past week

As many of edX’s first courses come to a close, the online learning initiative continues to grow. EdX spokesman Dan O’Connell told The Tech last week that edX had reached half a million unique registrants. Yesterday edX announced its newest partner, Georgetown University, which joins just on the heels of Wellesley College, whose own addition to the list of “X Universities” was announced last week. Wellesley is the first liberal arts college to join edX. 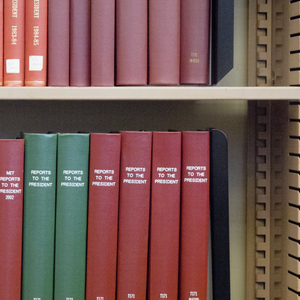 Why have printed annual reports not been issued since 2005?

Like any major company, every year MIT produces a detailed annual report summarizing the past year’s work, accomplishments, and aspirations, with a detailed section from every department, lab, center, school, or other unit — or at least that’s the way it’s supposed to work. 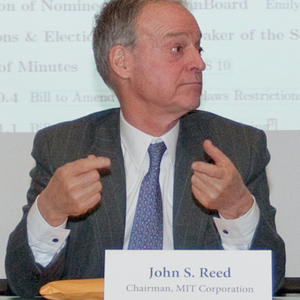 At the quarterly meeting of MIT’s board of trustees — the MIT Corporation — on Friday, hundreds of changes to MIT’s bylaws were enacted, both big and small.

This is the last issue of The Tech for the semester! We will resume publishing on Jan. 9.

Barker renovation is the beginning

On December 5, MIT police released a police bulletin stating that they had received three anonymous reports of sexual assaults that occurred on November 2012 at 99 Bay State Road, the Lambda Chi Alpha fraternity house. The bulletin stated that there is no ongoing criminal investigation as a result of the reports. When contacted, MIT Chief of Police John DiFava confirmed that there was no ongoing investigation and declined to comment further.

A month after they were elected, the Interfraternity Council (IFC) is being run by a completely new group. Headed by Andrew L. Dorne ’14 from Phi Sigma Kappa as president, the new executive board of MIT’s IFC was inaugurated on Dec. 5.

SEOUL, South Korea — North Korea said Monday that a technical glitch had been found in the rocket it had planned to launch as early as this week to put a satellite in orbit, but that it still planned to try the launching by the end of the month.

Seasonable temperatures and clear skies will be returning this week

Breezy conditions today will allow cool air to push through New England. A low pressure system, responsible for the rainy weather yesterday, will continue moving northeastward through southern Quebec. The same system brought a cold front through our region last night. The front shifted the winds from southerly to northwesterly, transporting much cooler air into our region. This overall pattern will continue through the week, with winds easing up as a high pressure center anchors itself over the eastern U.S. Dry conditions will prevail under the high, and overall temperatures will be at normal December levels. Lighter winds and clear skies will keep the cool air mass firmly in place through Friday. Any unsettled weather should hold off until next weekend, when the high departs into the Atlantic and a new storm emerges in the Midwest.

Taxpayers will soon shed their last holdings in the American International Group, more than four years after a rescue by the federal government during the most chaotic days of the financial crisis.

BEIJING — Chinese police officials have detained a Tibetan monk and his nephew and accused them of playing a role in a series of self-immolations, according to Xinhua, the state news agency. The move appeared to be part of a campaign to prosecute Tibetans who are accused of aiding others who set fire to themselves in protest of Chinese rule.

US forecast as No. 2 economy, but energy independent

WASHINGTON — A new intelligence assessment of global trends projects that China will outstrip the United States as the leading economic power before 2030, but that America will remain an indispensable world leader, bolstered in part by an era of energy independence.

Before looking at ‘gay marriage’, let’s examine marriage itself

The definition of marriage has changed drastically over time. While I obviously do not have space to write the entire history of the institution of marriage (you can read plenty of books that do, though), I’ll try to provide a brief summary.

The purpose of the theater is to present themes, not to teach lessons to the audience

Thank you for your response to our production of The Taming of the Shrew. Indeed, the text of The Taming of the Shrew can be challenging to audiences, sometimes troubling. It is a hilarious farce in places where it seems like it shouldn’t be. In response to your article, many members of the show have written responses. Below are anonymous excerpts. There are two common themes:

I’m sitting 11,000 meters above the Atlantic Ocean, hurtling at 800 kilometers per hour towards Boston after an exhilarating week at a conference focused on smart cities in Barcelona, Spain. After spending the past three days engaging in discussions with policymakers, researchers, and businesspeople about the future of technology in cities, it has become highly apparent to me that MIT’s recent efforts to expand our global education and outreach programs have truly paid off. At conferences, workshops, and business meetings around the world, MIT is globally regarded as a leader in innovative thought across a wide variety of disciplines. Faculty and graduate students are spending more time traveling than perhaps ever before, a testament to the growing international relevance of MIT in an increasingly complex and globalized world. Presenting novel ideas at conferences, teaching children in developing nations, and participating in internships in foreign countries are just samples of activities that the MIT community engage in on a daily basis to maintain our global prominence. But we must not take this reputation for granted, as it has resulted from the continued commitment of students, staff, and faculty to make MIT a truly global university. Nor can we rest on our laurels, as this dedication must continue with renewed vigor to keep MIT’s researchers and alumni competitive in a shrinking world.

A win for the gay and lesbian community

IN DEFENSE OF DOMA :

A shrew tamed is no comedy

The Taming of the Shrew is a rape story. Barring discussion of its historical significance in a time when misogynistic thought was yet undifferentiated as an academic job, not an opining one, we need to ask how to react to the play today.

MIT loves hands-on learning. We see it everywhere, in lab classes, in the UROP programs, even in the motto itself, Mens et Manus. Many of the best classes at the Institute are centered around the union of hands-on learning and lecture-style learning, encouraging students to take the concepts and equations from lectures and apply them to different real world hands-on applications. This model has been tremendously successful and has helped propel MIT and its students to the place it is today.

In 1996, Bill Clinton enacted the “Defense of Marriage Act” (DoMA), which federally denies the recognition of legal marriages between same-sex partners. But currently, Connecticut, Iowa, Massachusetts, New Hampshire, New York, Vermont, District of Columbia, Maryland, Washington, and Maine, recognize gay marriage, directly contradicting DoMA, and challenging its constitutionality. Since 1996, state-by-state, a social injustice is being corrected; gay people and their allies everywhere are fighting for the legalization of gay marriage, and the 1,138 rights that come with them. With the coming event of the Supreme Court’s hearing of DoMA, gay people may finally marry their partners, and claim first-class status in a country that prides itself in allowing life, liberty, and pursuit of happiness.

The caption to the front page photo in last Tuesday’s issue stated that the MIT cogeneration plant supplies “only a fraction” of the electricity used on campus. While it typically does not supply all of the electricity used on campus, it usually supplies the majority of it. Just prior to the outage last week, it supplied 22 MW out of a total 27 MW.

Johnny Manziel, a freshman at Texas A&amp;M, is breaking all precedents during his first season playing college football. The quarterback is the first freshman in history to be awarded the Heisman Trophy, college football’s highest individual honor. 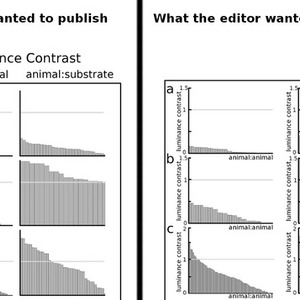 Fig. 3 versus the editor

“May I suggest you consult the senior authors of your paper who should know how to label a scientific graph properly so that our readers can understand them even if they are non-specialists” read the e-mail from an unnamed scientific journal’s editor in chief (EIC). With my eyes and mouth wide open, I read it again: “…There is still not enough clarity about the labeling of the figures. …May I suggest …”

A barred owl was spotted in the East Campus courtyard last week. Residents report having seen it and another barred owl hunting mice at night. Another barred owl (perhaps the same one!) was also spotted near the Student Center and near Simmons Hall recently. 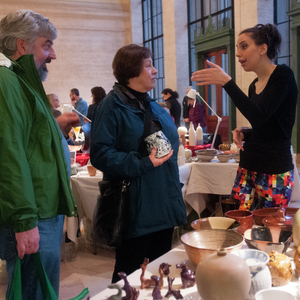 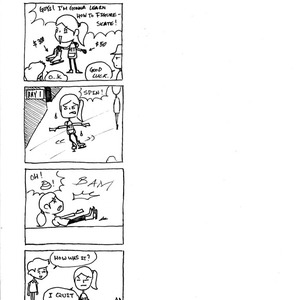 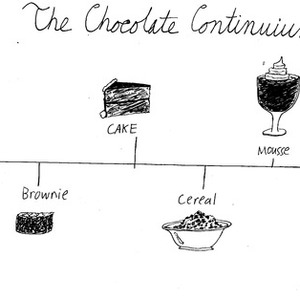 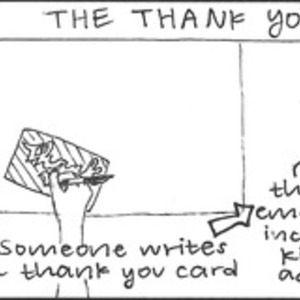 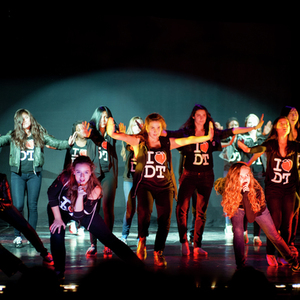 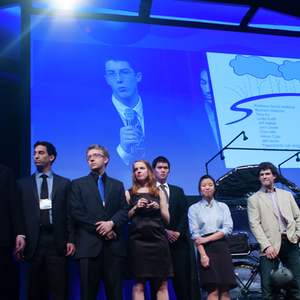 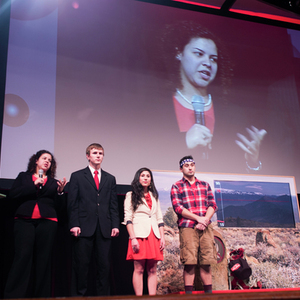 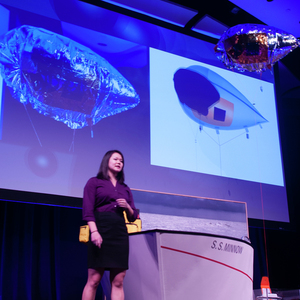 The SkyBeacon, a novel rescue beacon for ships out at sea, floats above the Purple Team.
Priya Garg—The Tech 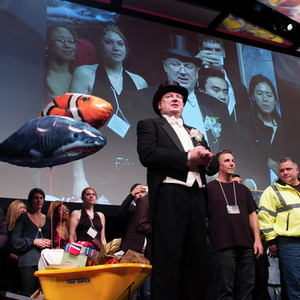 Following the presentations, all of the teams presented gifts to the 2.009 Professor, David R. Wallace PhD ’95.
Priya Garg—The Tech 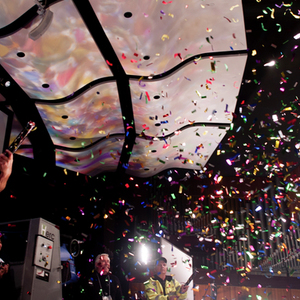 To conclude the event, 2.009 staff exploded cannons of confetti into the crowd.
Priya Garg—The Tech

MIT hasn’t published a printed annual report since 2005. The Institute Archives and Special Collections in 14N-118 have printed copies of prior annual reports.
John A. Hawkinson—The Tech 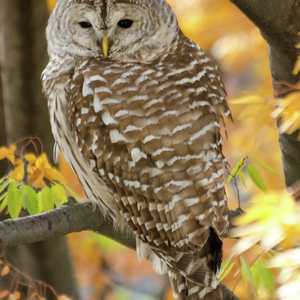 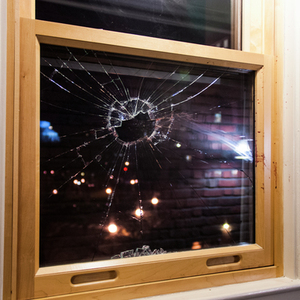 On Friday night, an MIT student punched a hole in a Baker House stairwell window. According to MIT Police Sergeant Amoroso, the individual was transported to Cambridge Hospital and no charges were filed, with further ...
Greg Steinbrecher—The Tech 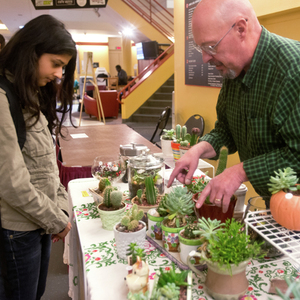 Parcels of land in Central Square, currently owned by Kathy Fennell and the Fennell Realty Trust (in black), valued at over $15 million, are up for sale. Real estate currently owned by MIT is shown in gray.
Cambridge Community Development Department —The Tech

14 of the 28 plots in Figure 3 are shown here. Besides the addition of individual x- and y-axis labels for each plot, extra tick marks were added in the published version to show scale. This is unnecessary because onl...
image by Derya Akkaynak 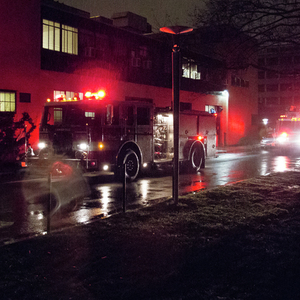 The Cambridge Fire Department responded to MIT five times on Sunday night to vandalism by a Boston University student. Within a few minutes of each other, fire pull stations in the Student Center (W20) and Kresge Audi...
John A. Hawkinson—The Tech
All Photos From Issue