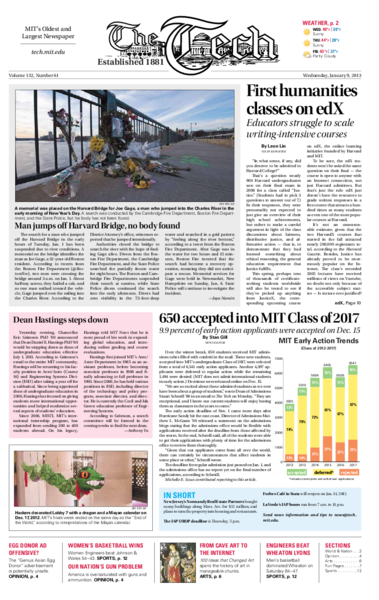 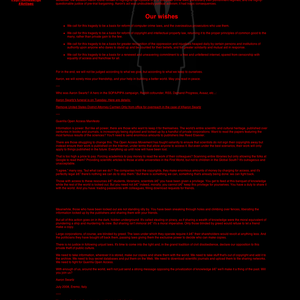 MIT’s network fell to a denial-of-service attack Sunday evening, allegedly by the Internet activist group called Anonymous, cutting campus users off from Internet access to most websites for nearly three hours. The attack came in the wake of accusations that MIT’s role in the pending litigation against Internet activist Aaron Swartz contributed to his Friday suicide. 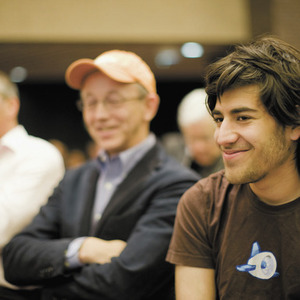 Computer activist Aaron H. Swartz committed suicide in New York City yesterday, Jan. 11, according to his uncle, Michael Wolf, in a comment to The Tech. Swartz was 26.

“In what sense, if any, did you deserve to be admitted to Harvard College?”

New Jersey’s Normandy Real Estate Partners bought many buildings along Mass. Ave. for $32 million, and plans to turn the property into housing and restaurants.

WASHINGTON — With the selection of a new national security team deeply suspicious of the wisdom of U.S. military interventions around the world, President Barack Obama appears to have ended, at least for the moment, many of the internal administration debates that played out in the Situation Room over the past four years. 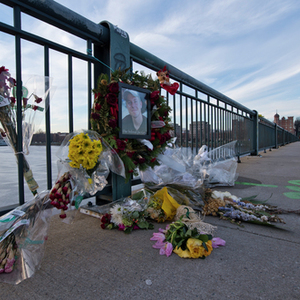 The search for a man who jumped off the Harvard Bridge in the early hours of Tuesday, Jan. 1 has been suspended due to river conditions. A memorial on the bridge identifies the man as Joe Gage, a 32-year-old Boston resident. According to tweets from the Boston Fire Department (@BostonFire), two men were crossing the bridge around 3 a.m. on Jan. 1. About halfway across, they hailed a cab, and as one man walked toward the vehicle, Gage jumped over the railing into the Charles River. According to the District Attorney’s office, witnesses reported that he jumped intentionally. 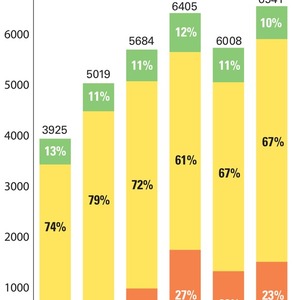 Over the winter break, 650 students received MIT admissions tubes filled with confetti in the mail. These new students, accepted into MIT’s undergraduate Class of 2017, were selected from a total of 6,541 early action applicants. Another 4,397 applicants were deferred to regular action while the remaining 1,494 were denied. (MIT does not admit international students in early action.) Decisions were released online on Dec. 15.

Yesterday evening, Chancellor Eric Grimson PhD ’80 announced that Dean Daniel E. Hastings PhD ’80 would be stepping down as dean of undergraduate education effective July 1, 2013. According to Grimson’s email to the entire MIT community, Hastings will be returning to his faculty position in Aero/Astro (Course 16) and Engineering Systems Division (ESD) after taking a year off for a sabbatical. Since being appointed dean of undergraduate education in 2006, Hastings has focused on giving students more international opportunities and helped modernize several aspects of students’ education.

It’s official: 2012 was the hottest year in US on record

The numbers are in: 2012, the year of a surreal March heat wave, a severe drought in the corn belt and a massive storm that caused broad devastation in the mid-Atlantic states, turns out to have been the hottest year recorded in the contiguous United States.

Judge limits a police stop-and-frisk program in the Bronx

NEW YORK — A federal judge ruled Tuesday that the New York Police Department’s practice of stopping people suspected of trespassing outside private buildings in the Bronx was unconstitutional.

Expert to testify on deviance of NYPD officer

NEW YORK — A prominent forensic psychiatrist who has consulted on behalf of local and federal prosecutors about such notorious serial killers as Jeffrey L. Dahmer and Theodore Kaczynski is now involved in the case of a New York police officer charged with plotting to kidnap, rape, cook

In fending off critics, Obama points to Hagel as war hero

WASHINGTON — In his effusive endorsement of Chuck Hagel as his choice for secretary of defense on Monday, President Barack Obama set in motion a White House campaign that officials predict will overcome weeks of accusations that the Republican former senator from Nebraska is anti-Israel, anti-gay and soft on Iran.

ALBANY, N.Y. — Gov. Andrew M. Cuomo, pushing New York to become the first state to enact major new gun laws in the wake of the massacre in Newtown, Conn., plans on Wednesday to propose one of the country’s most restrictive bans on assault weapons.

Boeing’s newest and most sophisticated jet, the 787 Dreamliner, suffered a new mishap on Tuesday when a fuel leak forced an aircraft to return to its gate minutes before taking off from Boston, a day after an electrical fire broke out on another plane.

MITx certificates should be free of charge for the very poor

On Nov. 30, The Tech decided to publish an ad titled “GENIUS ASIAN EGG DONOR.” The ad sought a donor of the Asian race with an exceptional academic record. The ad reeks of privilege and ignorance, as a couple seeks to manufacture its dream baby by placing all hope on a stereotype. We wrote this letter to highlight the racist and sexist roots of the ad, to protest its placement in The Tech, and to expose the creator’s offensive posting. 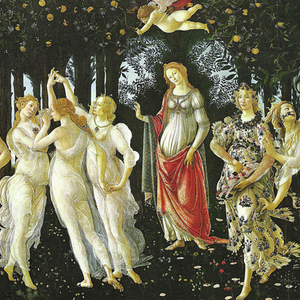 The evolution of art

Rare are those who profess a love for every kind of art, and rarer still are those who actually have time to read about all of it. With the sheer volume of media that bombards us on a daily basis, is it even feasible to break art down into smaller, more digestible pieces? Luckily for the rest of us, art historian Michael Bird has written a book that caters to every sort of art lover, from novice art historian to seasoned museum-goer. 100 Ideas that Changed Art explains art’s long history in bite-sized chunks, covering topics ranging from cave art to the Internet.

In the first meeting between two programs, MIT emerged with a 55-43 victory over Johnson &amp; Wales University in a non-conference women’s basketball game on Wednesday night. Alexxis R. Isaac ’15 paced the Engineers (6-4) with 18 points, to go along with six rebounds, two steals, and two blocks.

Saturday afternoon was the start of New England Women’s and Men’s Athletic Conference play for the MIT men’s basketball team, and the Engineers kicked things off with a solid effort, rolling past Wheaton College with a final score of 84-47. Mitchell H. Kates ’13 scored 20 points, and Matthew M. Redfield ’15 established a new career best of 19 points to help MIT improve to 10-2 and 1-0 in the NEWMAC. Wheaton fell to 6-5 and 0-1 with the loss.

A memorial was placed on the Harvard Bridge for Joe Gage, a man who jumped into the Charles River in the early morning of New Year’s Day. A search was conducted by the Cambridge Fire Department, Boston Fire Department...
Ho yin Au

Bird examines Sandro Botticelli’s Primavera, also known as Allegory of Spring, as an example of allegory (#34). 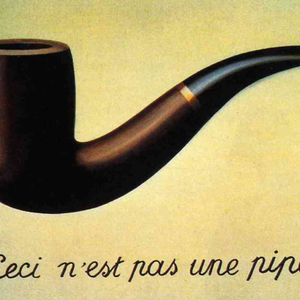 La trahison des images (The Treachery of Images), by René Magritte, is another work Bird discusses in “word as image,” which has evolved from ancient hieroglyphics to surrealist humor. The text below the pipe reads, “... 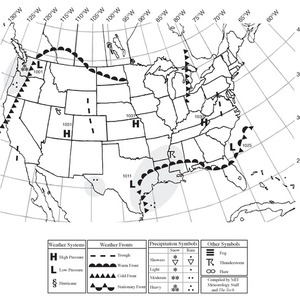 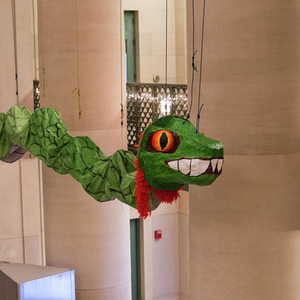 Hackers decorated Lobby 7 with a dragon and a Mayan calendar on Dec. 17, 2012. MIT’s finals week ended on the same day as the “End of the World,” according to interpretations of the Mayan calendar.
Ho Yin Au 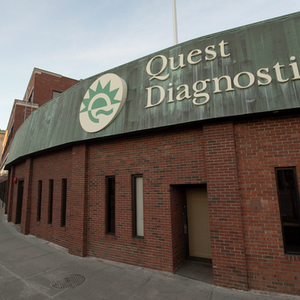 A Quest Diagnostic building in Central Square was one of many properties that have recently been sold in Cambridge, MA.
Ho Yin Au 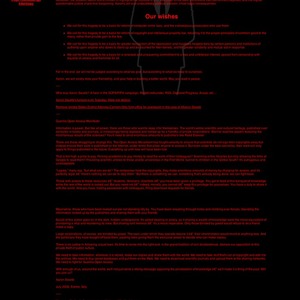 Two MIT websites were compromised with a message signed by Internet activist group Anonymous late Sunday. The message called for reform of “computer crime laws,” reform of “copyright and intellectual property laws,” g...
Screenshot of http://cogen.mit.edu
All Photos From Issue